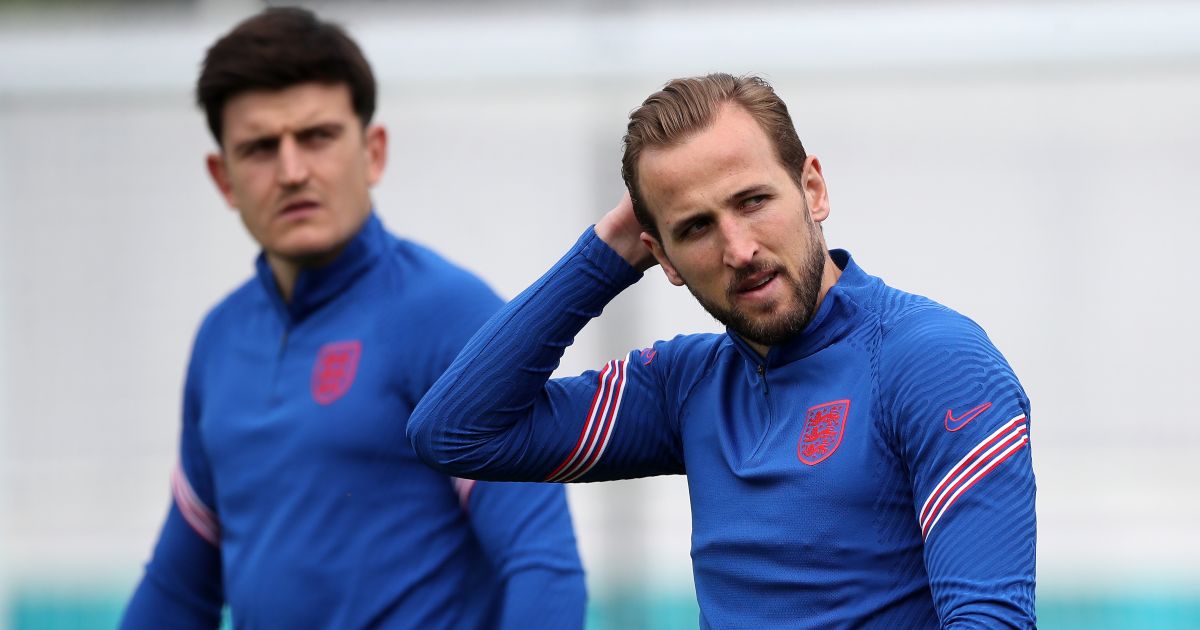 Could Harry Maguire and Harry Kane really be realistic targets for Newcastle United? Get your mails into theeditor@football365.com…

Ambitious yet realistic Newcastle targets
You hear about M’Bappe, Coutinho et al, but you don’t hear about these, here are afew I think that would be very possible, and would work out for all parties.

Harry Maguire – This could be the big statement one quite possibly. Could even break 100 mil. Man Utd would be stupid for not accepting a profit on this risky transfer they made. They paid 80 mil and you have to think of it as a career signing, but there is so much uncertainty about his performances. It’s currently are stuck with him, they have to play him, you don’t spend 80 mil on a substitute defender, he needs to play to justify it, they need him to become genuinely world class but it isn’t happening.  But Newcastle may actually take him off their hands and even throw enough for them to make a profit. That would really free Man U up, they no longer have to pass up interest in further elite center backs because they paid elite for one already.

This is probably his best chance at really establishing himself as a footballer. His career up until now has been one where he doesn’t really have a home of his own. Very talented but it’s been very stop – start and he either needs to break through properly at Chelsea (he won’t, atm he’s in but he flits out because they are stacked in his position) or go somewhere he will establish himself. Newcastle can be that club

Burnley are going nowhere, unless they go down. They’re euther getting relegated it occupying the same 15thish spot they generally live around. He has been capped hy England, is thought by many to be the best option available, forgetting that Pickford England form is superior to Pickford Everton form. If he wants to break through to were he wants to break through to he has to leave Burnley, and not to go to a big club per se, but because they’re Burnley. It’s not a ‘happening’ kind of place.

What Utd are doing with Lingard is really quite coy. After loaning him to West Ham at the back end of last season you could be forgiven for foreseeing an unremarkable loan spell followed by either a free or cheap enough transfer to the hammers or anyone who would be interested in taking him off their hands. But that didn’t happen, all those jokes about Lingardinho seemed to eat themselves and he was arguably the stand out player in the second half of last season in the whole division. Not only completely rebuilt his reputation but exceeded his past level, and now instead of letting him go for bobbins they are making it look like “they want to keep him and think of him as highly valuable”, and they have every right to really. Cash in on him quick while his West Ham heroics are still recent and he’s been considered good enough to play with Ronaldo.

Man City has fallen through, he tried to divorce his husband but his husband called his bluff and now Kane, the wife, is stuck playing happy families, and doing so very stiflingly. Suddenly Man City aren’t the only potential destination, Newcastle are, and they don’t have a style of play they don’t really need him for, they can build around him in particular. And hell be Welcombeed as a hero, the Toon love a goalscoring machine number 9.  Like Spurs, trophies aren’t guaranteed, but they will happen inevitably, and he’ll be the main man and the hero, him and Maguire will be a double headline signing.

I’m sure there will be more, but here’s 5 players I think could be attainable.
Dave (only listing prem players because I haven’t time to do a full squad), Dublin

Ole is no novice…
I loathe to get into the whole ‘Ole thing’, but I’ve noticed recently in the mailbox people are calling him a novice who is learning on the job, and comparing him to Arteta with regards to longevity. And it’s all absolutely bonkers!

Ole had a ten (10!) year managerial career before he took over at United. He is no novice, and has been around long enough to know how to do the job. He spent 3 years in charge of the academy, before 5.5 years at Molde with an unhappy 6 month stint at Cardiff in the middle.

I don’t really care whether he’s good enough for the job or not, or whether he needs more time or not*. But to suggest that he is anything other that a seasoned professional who’s managerial career is in it’s 13th year, is just false.
Néill, (*the constant debate sure is tedious though) Ireland

Blasphemy
This is a response to Tom’s mail on Ole being a tactical magician. Brother, you sound like a man (Utd fan) who’s marriage (Manchester United) is crumbling while holding to anything he thinks will save it.

It’s blasphemous to say he’s more tactically astute than one of the greatest managers in football who lest we forget once won the premier league without a fantastic midfield.

OK MC, we all know what you were doing. I’m almost tempted to believe it was a fake mail just to drum up interest, but let’s assume for now that Tom is a real person and actually sent that in.

This idea that Alex Ferguson was nothing more than a brilliant man manager has reared it’s head in the past but never fails to perplex me when it does. Yes, he famously shouted a lot, and sure that probably motivated some players a bit, but do people really believe that was the thing that took Aberdeen of the early 80s to finals in Europe? I’m pretty sure he tried shouting a lot in the first few years at Man United and it didn’t get him very far.

Widely accepted wisdom is that he had three great teams at United. Early 90s, late 90s/early 00s and late 00s. They played completely different styles and shapes. He changed his tactics with the time, and, crucially, did so in order to be better than his competitors. He didn’t just bandwagon the formation of the day; his teams were beaten by a new entrant (Arsenal 97, Chelsea 04) and he formalised plans to counter them and, ultimately, win again. Of course others were involved, and having certain players made it easier at times, but that was all down to him as well! It’s not like Eric Cantona or Carlos Queiroz were forced on him; he considered what the team needed, and what it would need in 2 years time, and brought those people on board.

Tactics are short term, discrete actions. Strategy is long term, overarching approach. Tactics don’t work long term without Strategy. Ferguson was a strategic behemoth in the footballing world, and deserves his place in conversations with Paisley, Shankly and Clough.

I’m not sure what the end of this is either, other than #FergieIn.
Alex, Ayr

Hardly four teams that people would suggest are easy to beat, and only 2 goals conceded in those 7 games, I would suggest it was less of a fluke and more a clear example of a coach with a clear plan that was implemented perfectly
Dan, CFC

Scholes vs Rio
I was watching what both Scholes and Rio said after the recent game between United and Atalanta and it probably characterises the United fanbase pretty well right now.

Scholes was more focused on the shocking first half and saying that playing that way against Liverpool or city will see them 4-0 down at half time.

Rio was more focused on the second half saying if you can overcome your first half mistake by winning overall then it doesn’t really matter.

I think I land more on scholes side of the argument, it you’re allowing any major side that time and space in the first 45 mins then you probably will be 3 or 4 goals down and while against Atalanta there’s the opportunity to pull goals back due to their tactical naivety you won’t be able to do that against city, Chelsea or Liverpool.

Another question arose from their discussion which I imagine united fans ponder every week – should ole keep his job?
Well last season he finished 2nd which was an improvement on the season before.

This season were just 8 games in and he’s only five points off the top. He’s also top of his champs league group. Doesn’t really sound like sackable results at all.

But numbers aren’t always everything right? (Even though they are really) so what about the style of football and “playing the United way”?.

Well united are fun to watch, their matches are exciting and ole has shown the same knack for late victories and comebacks that fergie seemed to make his trademark.

So he plays decent football in a similar vein to fergie and his results aren’t all that bad when you look at the points on the board – why exactly are united fans so upset? Because he had a few bad games? Hate to slap off your rose tinted glasses but I can name shitloads of games Vs Liverpool were united played ultra defensive horrible football and still won. There were tons of European games when the same thing happened. But nobody talks about when fergie teams played badly, and there were plenty as there are with any manager. (Remember when he blamed the kit for playing so badly? Yeah united not only played horribly under fergie sometimes his excuses were as laughable as klopp blaming the wind)

If you ignore your emotions for a second and just look at the numbers then ole doesn’t deserve to be fired. Maybe he will in future but right now he doesn’t.
Lee

The real enemy at United…
OleIn or OleOut is, broadly, irrelevant.

Within reason, it doesn’t matter who manages United – until United aren’t paying tens of millions of pound a year on the debt leveraged onto United by the Glazers, until they’re not paying tens of millions a year to the Glazers as consultancy fees, and until the club has owners who value the club as a sporting institution rather than a financial asset, United will always underperform.

Don’t forget who the real enemy is.
Chris MUFC

Ehab’s task…
A lot of you are keeping Lascelles in your teams. He’s been comfortably our worst CB for 2 years. He looked good under Rafa because he was coached to within an inch of his life. He’s massively regressed under Bruce.

Dale from Swindon – Hayden isn’t a CB (Bruce played him there because Bruce) he’s barely even a central midfielder.

Wolves
I’m a Wolves fan and I’m also a Dave Tickner fan, but I literally have nothing to say in respond to the ‘Wolves are definite proof that football is just stupid’. Which either categorically proves the writer’s point, or poses the question as to why he felt the need to write it in the first place. Or maybe both.
John, Shifnal

P.S. Albion fans claiming that Villa are their real rivals from the depths of The Championship is my new favourite thing.