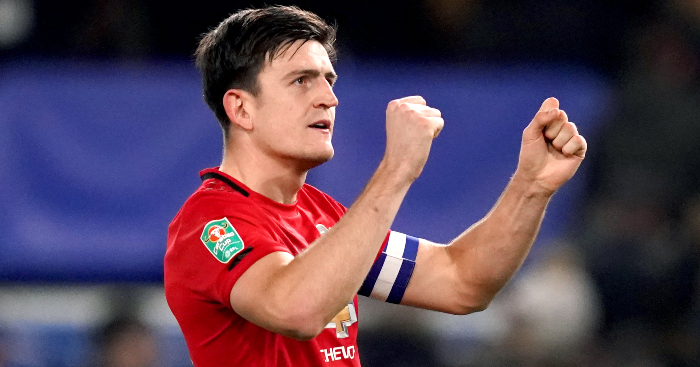 Rafael van der Vaart claims Harry Maguire is making a mockery of Manchester United as they pay him so much despite a severe lack of talent.

Maguire moved to United from Leicester for a world-record £80million fee last summer, but has on occasion been ridiculed this season for basic mistakes.

The latest misstep – being nutmegged by Junior Stanislas in the lead-up to a Bournemouth goal on Saturday – led to stinging criticism from former Tottenham star Van der Vaart.

Speaking on Dutch TV station Ziggo, Van der Vaart said: “I think Maguire goes home every day and tells his wife: ‘I screw up, but I earn so much. They really believe I’m good.’ I really think so, he laughs at everyone.”

It is not the first time van der Vaart has criticised Maguire on the same channel this season, saying his performance in the 1-1 draw with Liverpool last October was not worthy of a professional footballer.

He said: “If he is worth so much money, Virgil van Dijk is worth £300m. If I am going to play with the amateurs on Sunday afternoon, I can easily find three who can do this (what Maguire does on the pitch). I mean that seriously. A bit silly to say, but I really think so.”

Television cameras captured the United manager having a conversation with the Bournemouth defender at the final whistle, leading to speculation he was tapping him up over a potential move to Old Trafford.

He added: “That is nice if there is no crowd and no music after the game. Then you hear things like this. A transfer? I hope for him, I think he’s doing very well. Why not?”