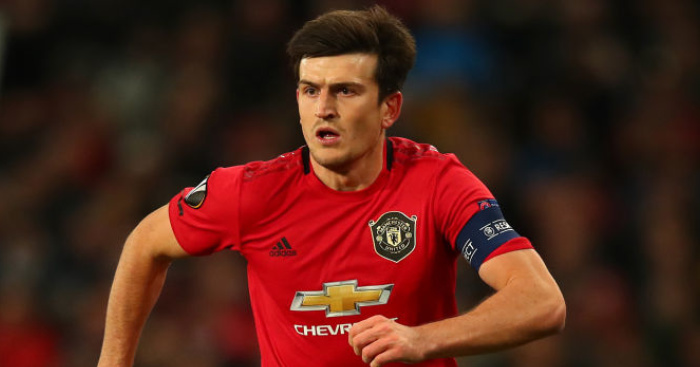 Harry Maguire revealed the Man Utd duo he hopes to emulate alongside Victor Lindelof, and shed light on his blossoming captaincy of the club.

The towering centre-back became the world’s most expensive defender when Man Utd agreed to pay £80m to secure his services from Leicester City last summer.

After initial struggles that mirrored the team’s woes, Maguire slowly began to show the form that led to Old Trafford chiefs sanctioning the deal.

Now, speaking to Man Utd magazine Inside United (via the Mirror), Maguire revealed his thoughts on assuming the club’s captaincy despite being a new addition.

“It’s a great honour to be the captain of this great club,” said Maguire. “I’ve not really felt any different or acted any different.

“I see myself as quite a presence on the pitch and quite vocal around the lads.

“We’re a young group and we need experience and we have the likes of Victor [Lindelof], David [De Gea] and Juan [Mata], who are really experienced around the dressing-room.

“We need to help these young boys develop and make sure we develop into a top team and go and start challenging for big trophies.”

His partnership with Swedish international Lindelof became the bedrock of the Red Devils’ defence, with the duo instrumental in keeping four clean sheets from five in the league prior to football’s hiatus.

Speaking on the burgeoning partnership, Maguire said: “When you form partnerships, it takes time.

“I’m learning his game, he’s learning mine and I think we’re getting better.

“Growing up I watched Rio Ferdinand and Nemanja Vidic playing at centre-back and they had a great partnership for a few years.

“Partnerships can grow and they can build, but at the end of the day you get judged on how many games you win and how many trophies you lift.