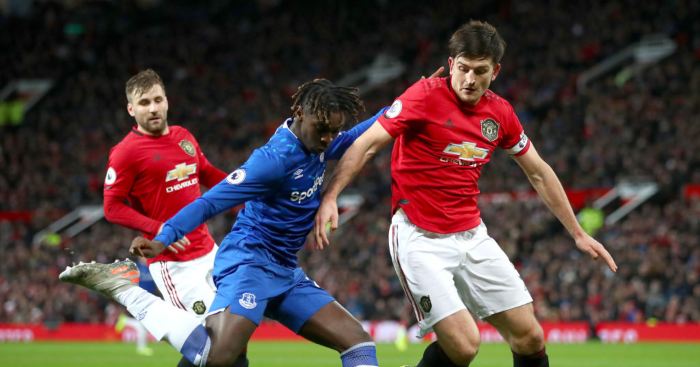 On an afternoon when the club celebrated reaching 4,000 consecutive matches featuring a youth product, the exciting 18-year-old came off the bench to seal a 1-1 draw against Everton on Sunday.

Greenwood has long been touted as a future United star and underlined his potential with a fine finish, fresh from hitting a superb brace in a man-of-the-match display against AZ Alkmaar in Thursday’s Europa League encounter.

Team-mate Maguire said: “It’s a great finish again. I think it’s pretty similar to his goal in midweek, to be honest.

“He needs to keep his head down, not get carried away and I’m sure he’s going to have a big future for this club and we’re lucky to have him.”

Greenwood’s performance off the bench against Everton was one of few positives on a frustrating afternoon, when United fell short of expectations following impressive Premier League wins against Tottenham and Manchester City.

Victor Lindelof’s own goal gave Duncan Ferguson’s side the lead and infuriated Maguire, who could not understand why the video assistant referee gave the opener the green light after Dominic Calvert-Lewin caught David De Gea as the corner came in.

Pushed on Everton’s goal, Maguire told MUTV: “Quite simply, I’ve watched it back, it’s a foul. It is frustrating.

“I asked David straightaway and he said it’s a foul.

“Obviously, he’s frustrated that he didn’t get a cleaner punch on it but, at the end of the day, he has been impeded without the opposition making contact with the ball.

“And people say ‘yeah, it’s a contact sport’ and things like that, but that’s way it is now with goalkeepers.

“You’ve seen it over the last couple of years, you can’t touch them in the box, and normally they get given a foul.”

Despite feeling wronged, Maguire knows United “need to improve” and kick on as a frantic festive period builds up with Wednesday’s Carabao Cup quarter-final against Colchester and the league trip to Watford on Sunday.

“December is a busy month,” he added.

“We have got obviously the Carabao Cup on Wednesday, which we need to win, we need to go through and reach a semi-final, which is really important.

“But then we’ve got Watford away. We know they have got a new manager, so they are going to be fighting for every ball.”