Man Utd are unbeaten since the restart and need a point at Leicester to secure Champions League football. 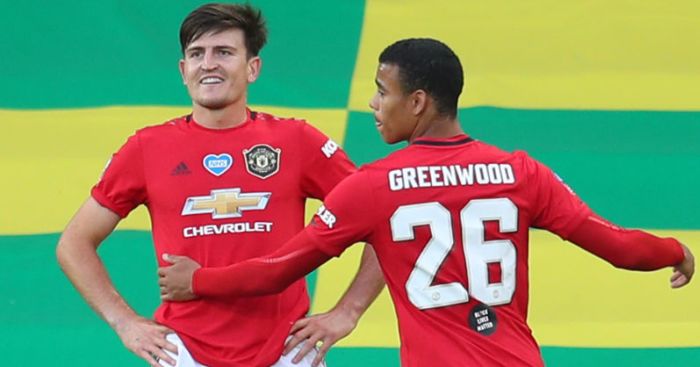 Harry Maguire claims an increase in tempo and intensity has been the key to Manchester United’s improved form in the second half of this season.

Ole Gunnar Solskjaer’s side are unbeaten since the restart and need a point in the final game of the season at Leicester to be sure of qualifying for the Champions League.

And Maguire has explained the changes that have been necessary in their turnaround.

“I think at the start of the season we were a little bit inconsistent, not just game-to-game, but during games as well,” he told MUTV.

MAILBOX: Man United face a critical game they can’t save and restart

“We’d have games where we were good for the first 30 minutes then we’d come off it and we’d concede a sloppy goal or a set-play and get punished.

“We’ve learnt from our mistakes and we know we can’t come off it in games. We saw it against West Ham in the week when we came off it in the second half and we didn’t deserve to win the game.

“We know where we have to be and the intensity and the tempo we have to play at to reach our highest levels. Since Christmas, if you’d have said we can take it to the last game against Leicester we’d have snapped your hand off. So we’ve put ourselves in a good position but we’ve done nothing yet and we’re looking forward to Sunday.”