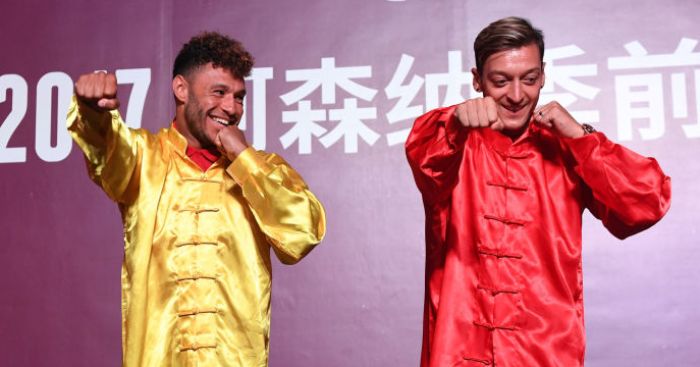 With the suggestion that Harry Maguire’s protracted move to Manchester United ‘is threatening to drag into the final week of the transfer window,’ it begs the question: if he joined for £90m on August 8, would it be the most expensive summer deadline day signing ever for a Premier League side?

5) David Luiz – £34m (PSG to Chelsea, 2016)
Antonio Conte needed a centre-half with ball-playing capabilities; Chelsea knew the perfect candidate for the role. Few expected David Luiz to return to the Premier League when a 10-year-old controlled him all the way to Paris Saint-Germain in 2014, his reputation as an error-prone, untrustworthy defender assured. He was back two years later to decry the doubters.

It was always an unfair millstone hanging around the Brazilian’s neck. He was impulsive but intelligent, more risk perverse than averse, yet still a supremely gifted player. And Luiz proved as such by playing an integral role in Chelsea’s first title win since 2010 on his return, earning himself a place in the PFA Team of the Year as a result. Adding an FA Cup and Europa League to his trophy cabinet in the two seasons since has only strengthened his bond with the fans – something that cannot be said for fellow 2016 deadline day signing Marcos Alonso.

4) Danny Drinkwater – £35m (Leicester to Chelsea, 2017)
Twelve months later, Chelsea were signing another influential title winner late in the window to play a central role in the upcoming campaign. Where would the Blues be without Danny Drinkwater?

Precisely where they are, of course, save for a little less dehydration. The midfielder has started 12 games in two seasons at Stamford Bridge, last featuring in the Premier League in March 2018 and playing 30 minutes more football than Rob Green this past season. A 29-year-old Manchester United academy graduate covered in cobwebs seems unlikely to play a part in Frank Lampard’s reported Chelsea youth revolution.

3) Alex Oxlade-Chamberlain – £35m (Arsenal to Liverpool, 2017)
“It would be not fair to put the defeat at Liverpool, where the whole team had a bad performance, on one player,” said Arsene Wenger in December 2017, the wounds from a 4-0 shellacking at Anfield four months prior having barely healed. Alex Oxlade-Chamberlain was as hopeless as his teammates in that defeat, so much so that he decided to swap shirts permanently four days later.

His Liverpool career picked up where his Arsenal one left off, the midfielder debuting for the Reds in a 5-0 loss to Manchester City. Oxlade-Chamberlain did not start in a Premier League win under Klopp until November, struggling to establish himself in the side. But just as a stumble started to turn into a sprint, the England international was stopped in his tracks by a serious knee injury in a Champions League semi-final. A first full pre-season under Klopp is a mouthwatering prospect; he will probably be the European champions’ biggest summer signing as things stands.

2) Mesut Ozil – £42.4m (Real Madrid to Arsenal, 2013)
Or ‘Mesut f***ing Ozil’, to give him his full name. As we wrote, this was a signing ‘so extraordinary, so unexpected, so impressively ambitious that we consistently referred to him as ‘Mesut f***ing Ozil’ in those first few months, astonished that this wonderful footballer had joined an Arsenal side that had just finished fourth.’

It really was quite a remarkable coup all those years ago. Perhaps our most enduring memory of Ozil until those fans flocked to the Sky Sports cameras in the late hours of September 2 and early yawns of September 3 were of the German running rings around Gareth Barry at the 2010 World Cup. That was enough to whet the appetite of a Premier League desperate to replace the star power of the departing Gareth Bale.

As it happened, that was the move that precipitated Ozil’s arrival. Arsene Wenger described it as a “domino effect” that allowed Arsenal – who had previously signed just Yaya Sanogo and Mathieu Flamini all summer – to sneak in at the final hour. That giddy feeling has gradually worn off in the subsequent six years, but a Nicolas Pepe-inspired renaissance at 30 should not be ruled out.

1) Anthony Martial – £44.7m (Monaco to Manchester United, 2015)
‘WHAT A WASTE OF MONEY’ indeed. That Daily Mirror back page is dredged up whenever Anthony Martial hits a run of form, but it really was a stunning investment in a completely unproven product at the time. Manchester United parted with an initial £36.7m for a player whose entire career comprised of 41 first-team starts.

It was almost worth it for that debut alone. The sudden burst of pace, the footwork, the public assassination of Martin Skrtel, the opening up of the body, the curl into the corner, the Martin Tylergasm – the grand arrival.

That remains the zenith of his Old Trafford rollercoaster, which has unfortunately included more nadirs than expected. The clauses in Martial’s deal to take the figure up to £56.7m were described as “very realistic” by Monaco, despite one of them being that he would win the Ballon d’Or by June 2019. The forward did not even make the mark for France caps in time, but did activate the £8m goal bonus. Still, it is about time that potential was fulfilled…