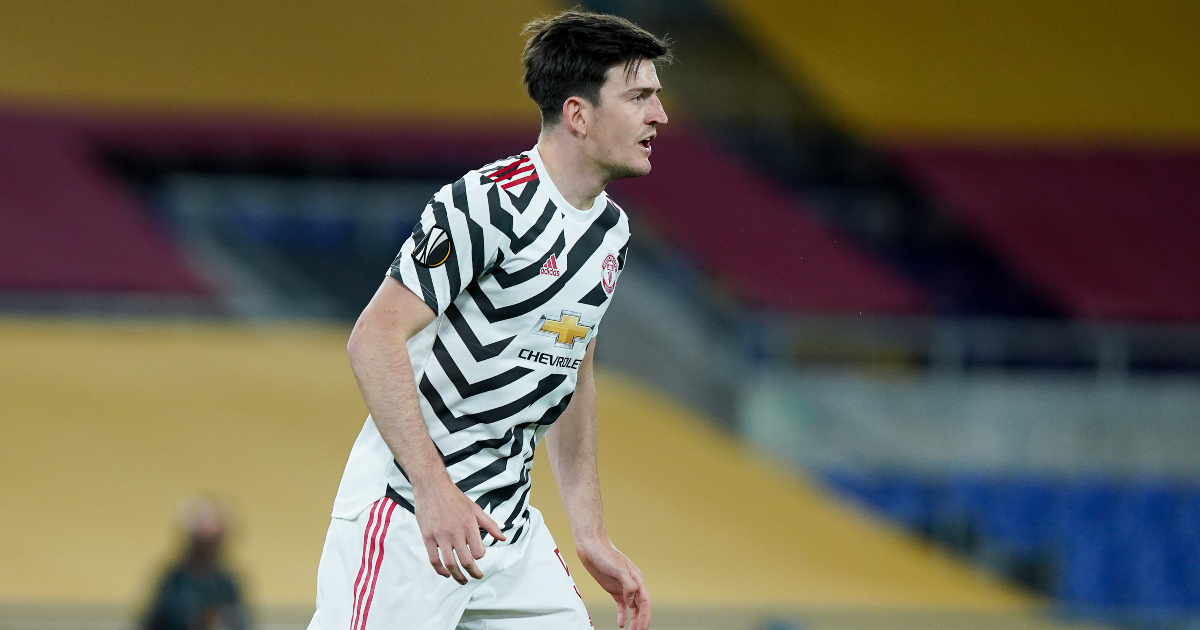 Manchester United captain Harry Maguire has spoken out on international teammate Jadon Sancho after it was announced that United have agreed a deal to sign the winger.

Borussia Dortmund are to receive over £70million in the transfer, having signed Sancho from Man City in 2017 for around £7m.

His move is due to be completed after Euro 2020, where Sancho has only played six minutes so far for England, but is rumoured to be starting in tonight’s quarter-final against Ukraine.

Maguire missed England’s first two games through injury but has been solid since returning to the side for their last two matches.

Speaking on Sancho’s proposed move to United, the defender said: “He has exceptional talent even though he is still really young, although he has played so many games.

“We’ve got some exceptional talent in his position in this England team, so Jadon will bide his time, be patient and be ready when his opportunity comes.

“I’ve been really impressed with the way he has been working in training. He’s really putting a shift in day in day out. He has some great talent. He is scoring goals in the five-a-sides and so on. He’s a great lad.”

The 21-year-old has made 137 appearances for Dortmund, scoring 50 goals and assisting 64, an outstanding return.

This deal would see Sancho become the second most expensive Englishman behind Maguire, who the Red Devils signed two years ago from Leicester for £80m.

Sancho is set to boost the United attack after a 2020/21 season in which Ole Gunnar Solskjaer’s men finished second in the Premier League – 12 points behind champions City – and were beaten on penalties in the Europa League final by Villarreal, having exited the Champions League at the group stage.

United have also been heavily linked with Real Madrid centre-back Raphael Varane, and could sign the Frenchman for around £40million.

Links to Varane have been widespread for some time and ESPN have claimed that United are ‘close to finalising a deal’ for the defender.

Solskjaer is keen on finding a suitable partner for Harry Maguire in the heart of United’s defence and though they have also shown an interest in Villarreal’s Pau Torres, Varane was always said to be their top target.