Harry Maguire would justify a world-record transfer fee, as Michael Dawson explains why... 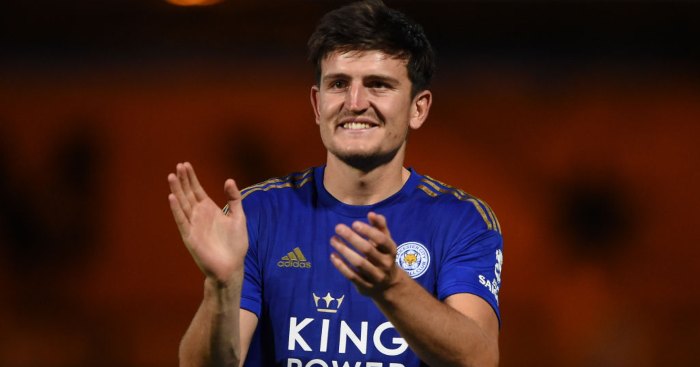 Harry Maguire’s move to Manchester United is almost inevitable, according to a former team-mate.

That’s the view of the former Hull City centre-back Michael Dawson who reckons United would be justified in paying a world record fee for a defender.

United are understood to have submitted an opening £70million bid earlier this month, while there were claims on Monday that an improved bid of £80m had been accepted.

However, a deal is yet to be agreed with only 12 days of the window remaining.

Dawson fully expects the transfer to happen, while also praising Maguire’s attitude for not forcing a move.

“You’re thinking it will happen now because of the figures that are being banded around, you’re going to wonder how Leicester can turn that down,” Dawson told Sky Sports News.

“And one thing I would like to say is you’ve seen him play in all of the pre-season friendlies.

“You’ve seen some players trying to force moves by refusing to play.

“That’s one thing Harry has not done.

“He’s one of those characters, keeps his head down and works.

“When it does happen, which I do believe it will, because of the kind of figures and how can you stop a player like Harry, what he’s done for them, to go and play for a team like Manchester United, [it’s] a massive, massive football club.”

Dawson believes it is quite right that Maguire will cost a world-record fee and says it was obvious during their time together at Hull the ability the player had.

“The figure that is being banded is incredible but rightly so after the few years he’s had at Leicester and obviously the World Cup he had last year,” Dawson added.

“From day one in training you could see what he’s all about,” he added.

“Bringing the ball out, his distribution was top class.

“He had to be patient at Hull and then the last year in the Premier League, where Hull City got relegated, he was outstanding.

“He was the main reason that we had an opportunity to probably stay up towards the end of the season with the way he played.

“The confidence that he bred into the team started with his distribution.”