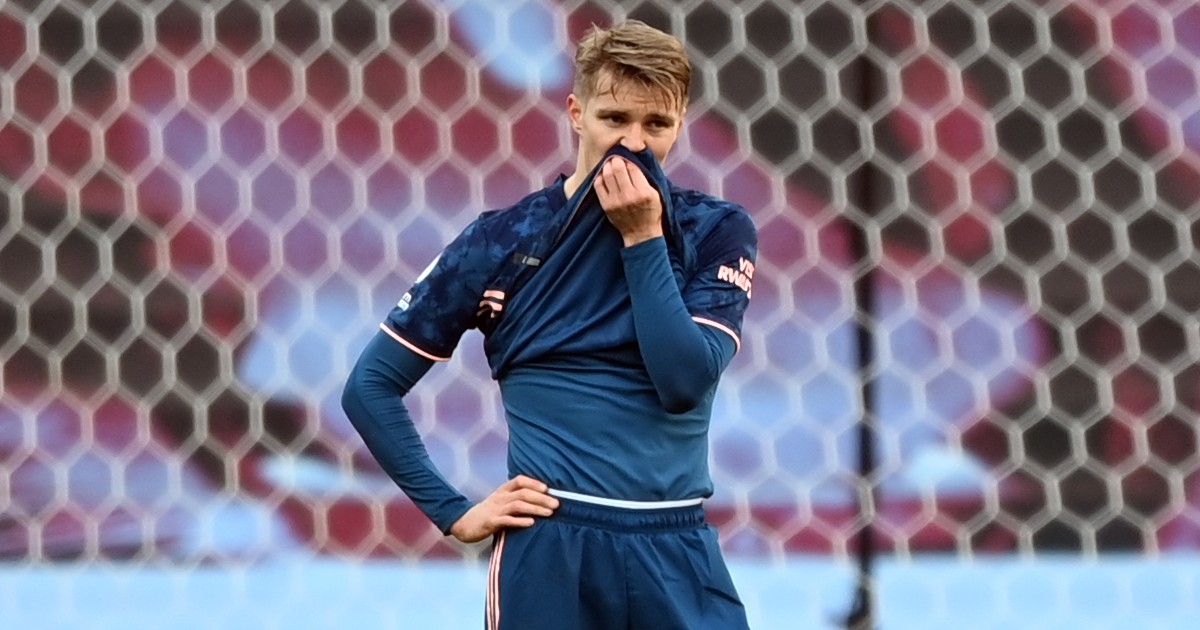 Harry Kane continues to dominate the discussion but there is also scepticism at any positivity surrounding Arsenal and their transfer window.

Arsenal optimism
I understand gunners being positive about their new signings and having a bit of hope for the season, I just don’t see it myself. The main issue Arsenal have had over the last 5-6 years is buying bad players, or rather un-impressive and ineffectual players. If you have a look at the transfers in and out over that time then I really feel bad for their fans. They really did spend £37m on Mustafi and £41m on Xhaka in the same season!

The sheer number of duds is cringeworthy, like £15m on Papastathopoulous or £18m on Welbeck, and then there are the big flops, Pepe being the obvious one (yet they might eventually end up with a decent player there) but £31m on Mkhitaryan when you’d seen how awful he was at United is bonkers, £50m on Lacazette?!? Its only really Auba and Tierney who look like halfway good decisions.

Given their glaringly bad track record you’d have to have ‘Eric Idle on the cross’ levels of optimism to believe the current transfers would deviate from a now well worn path of mediocrity
Dave, Manchester

Kane questions
Silvio’s mail got me thinking about a couple of things.  I have spent more than my fair share of the last few years watching Spurs and Harry (picture that under Mourinho as your lockdown escapism….) and I would counter a few of his observations.

Firstly, Harry’s work rate has been better than good ever since he came into the Spurs side and his extraordinary passing ability is on top of his running at opponents.  He is an excellent player who has achieved what he has by effort coupled with a degree of talent and that is one of the reason why supporters love him.  However, he does tend to become the focal point of everything Spurs do, so when he isn’t playing we surprise teams with a very different approach, nod please to Ajax and Man City (on at least two occasions) in particular.  Whether that is sustainable we may find out this season, but with his dodgy ankle, Silvio might be right in that now is the time for Spurs to cash in.  Harry will still be a great player, but maybe a different one in the future – I don’t think Pep will ever have a challenge with his work rate.

What does grind my gears though (and this was well illustrated in the F365 article about the coverage in The Telegraph) is the media’s commitment to the status quo and the richest teams dominating.  “How exciting it would be for City to have another big name player and continue their domination” – no, that is boring.  The best year for the average (non Chelsea, Arsenal, Man Utd etc) fan in the Premier League era was when Leicester won it.  Why should clubs stockpile all of the best players and, as any Fantasy Premier League manager can attest rest them every other week, be a good thing?  We only see the finest players every other game as it is and the prospect of Harry starting 25 games a year in the Premier League strikes me as a bad thing.

Don’t have a solution for this as money always talks, but I though being British was all about supporting the under dog, not the bloated incumbent – although the Telegraph have always been pro-establishment, so at least they are sticking, in the loosest possible sense, to their ‘principles’.

Finally, I saw a piece the other day whilst torturing myself reading another Harry Kane article where a respondent said that Harry doesn’t want to win trophies, he wants to go somewhere where people win trophies for him.  He has ‘played’ in two League Cup Finals, One Champions League Final and a Euro 2020 final and not ‘turned up’ to any of them.  Four good opportunities to win something and whilst the Champions League Final with Spurs again may be a little optimistic, there is every opportunity to win stuff in places other than City – maybe not as much, but to be honest when a club has a match day squad that will have cost over £1bn (in the times of FFP) then the least you should achieve is silverware every season.

Anyway, I hope this saga ends soon as it is getting a little tedious.
Rob COYS

Right to reply
To Turio, Rwanda

1 – How does me having “self-awareness” correlate to having an opinion on Harry Kane’s stats and performances? Am I Harry Kane?

2 – Instead of trusting my eyes, trust your own and watch a full game. Kane scored some fox-in-the-box goals at the Euros (which I acknowledged in my mail he will always be able to do) but you could get Ruud Van Nistelrooy out of retirement to do that for a lot less money than City will pay.

3 – He achieved those stats “LAST SEASON” before the latest injury and before looking like an old man in July 2021.

4 – I didn’t say he’s a failure. I said he looks very old, can’t run and drops deeper and deeper without having the pace to catch up to the attack.

5 – If he can still achieve those elite numbers while spending most of the game on the halfway line then fair play to him. But as I used to think with Wazza, how many more goals would he score if he stayed further up the pitch?
Silvio Dante

Feeling sorry for Harry
Cast your minds back to the 2000/01 season. Dear old Jimmy Floyd Hasselbaink sealed his 2nd Premier League Golden Boot. 2 golden boots with 2 different clubs – Quite a feat that. Only Robin van Persie has achieved that since, although RvP did something that Jimmy wasn’t able to do. Win a trophy. Not with Leeds, not with Chelsea, poor Jimmy never won anything whilst playing in England. No wonder he always looks and sounds a bit down, with the eyes that you normally only see at Battersea Dogs Home.

Fortunately, no other Golden Boot winner since Jimmy has had to go through the same pain – until Harry Kane came along. 3 times he’s won it now in six seasons.

At least Jimmy was allowed to move on.
Peter B

Not quite feeling sorry for Harry
Today’s Mediawatch got me thinking about the Harry Kane coverage, and how some papers seem to be portraying Tottenham as the bad guy in this situation. Poor, poor boy Harry Kane can’t secure his dream move to plucky underdogs Manchester City.

Compare this to Sterling’s treatment when he refused to sign a new deal at Liverpool. In this case it was big, bad Manchester City and greedy Raheem only interested in money.

Now, I’m struggling to see why such similar circumstances would get such vastly different coverage. Maybe the press have just mellowed in the intervening years? Surely, there’s no other, more despicable, reason for it?
Emma

Looking good while… failing
I had written in a response to Garey Vance but Minty did a much better job on the topic.

One thing I would say is that football or soccer has far too many data points to consider and far too small a dataset to make that information useful for prediction. I used the term soccer as a book called Soccernomics tried to do for football what Moneyball did to highlight the work of Billy Beane in baseball. However, Soccernomics also makes the fatal mistake of looking back at results and trying to fit a narrative with data to explain it.

For example, Soccernomics uses team salaries as a predictor of team performance on the basis that looking back, teams that won the Premier League (or are in the top four) had the highest salaries. Well, I think we all get that intuitively if you have the best players, chances are they will also, on average, be paid more. It doesn’t, for example, mean that we could take any team of players, increase their salaries, and they will win. Look at how Liverpool are gradually increasing player salaries as they re-lock them into contracts after they won thr CL and EPL. And there are always way too many outliers in this data as it is a small sample size. There have been several teams with large salaries not in the top 4, so out of 20, that is not a great sample size.

Why mention this? Well, I do believe using data is a good thing. I also think it’s great to see Chris Sutton absolutely explode whenever a new stat is created or mentioned. But the downside are all the pundits who use them without understanding them. You know the analysts at the clubs are going deeper and broader.

Over time the data will get better as they find ways to track more of the variables that cause the event to happen that is being measure as a simple xG or xA. The quality of the through pass, the pass before the assist, the pressure applied (already somewhat tracked), the space the player received the space and so on. But that won’t stop it being misused as probability is a funny thing to get your head around at the best of times.

Perhaps the funniest part of all this is that Moneyball tried to highlight the baseball PFM view of a player who looked good at that they were doing but weren’t doing it good (well.) Yet we now have football old school media and pundits trotting out stats, looking good while doing it but not doing it well.
Paul McDevitt (I think Salah more than Van Dijk would get the £100m btw)

Remembered for Crystanbul, Gerrard’s slip, Suarez and Sturridge, and Yaya Toure having an absolute year, what’s usually forgotten is that Chelsea were involved too. Heck, with three games left they were two points off the top. And had been top as recently as three games before that. It’s just how terribly the Mourinho “small horse” collapsed that makes us forget they were favourites for a time.

Plus, let’s not forget the Arsenal, Tottenham, Leicester year. Though I suspect that was an accidental title race, more than anything, and might not count, as you it was less teams chasing and more teams finding themselves at the top and falling on their face. Except Leicester, of course.
Andrew M

Home is where the Hart is
Whatever your thoughts on Scottish football (I personally love a strong, closely matched old firm match), I am really happy that Joe Hart seems to be happy and settled playing for Celtic.

Whilst not the most popular bloke as an England regular, I have full sympathy for him being discarded by Pep without so much as an opportunity to prove himself. This couldn’t have been easy and you can argue that it has taken him five years to recover. Add to that a stop start career and being called out by a former chairman for making mistakes in games, I have real sympathy for the bloke.

So, enjoy yourself Joe, win a few more trophies and get back on the horse!
Tom, Leeds fan in Newcastle