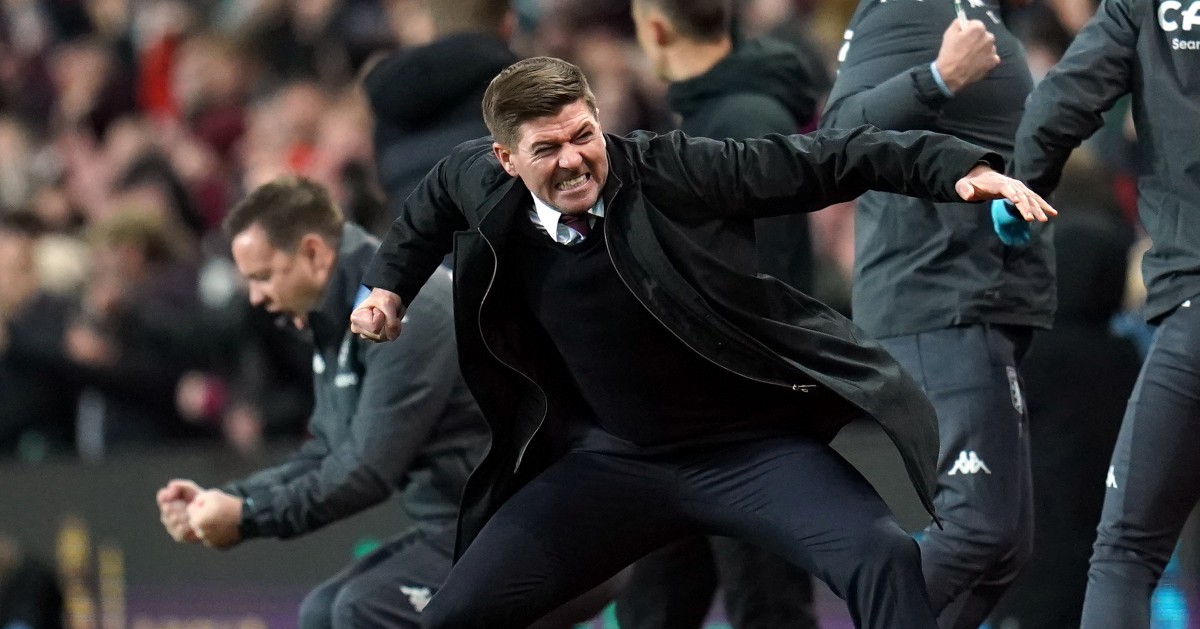 The Mailbox is loving Aston Villa’s capacity to spring a deal on us. Also: the perennially-linked players who never signed.

Get your views in to themailbox@football365.com…

Bin Lukaku
An interesting mail in this mornings Mailbox regarding the way Spurs defenders easily handled Romelu “I’ll be back” Lukaku or the Anti-terminator if you like.

I would like to add that in the Brighton draw he was beaten for pace by Dan Burn and muscled off the ball by Marc Cucerella who looks like he’d be four stone wringing wet.

He’s a £100m millstone , he can’t jump , he can’t run , he cannot “handle” himself , Chelsea would have been better buying a blue Wheely-bin.
Mark

Always linked, never signed
When it comes to Chelsea we have been linked with quite a lot of players but other than Kalidou Koulibaly i do remember the following players:

Alex Sandro – Before we signed Ben Chilwell the Brazilian was always in the gossip with a move, even when he was at Porto he was eyed up for a move to the Bridge, it felt quite a throwback that i read in the paper this week there were links to him as Juventus want to shift him off their books, will he ever join? Probably not.

Hulk – Was there ever a transfer window between 2009 and 2016 where Hulk was not linked with us because i sure cannot remember one, in a way it was a transfer i wish had of happened just to see how he would have got on in the Premier League

…I enjoyed the always linked, never signed, and realized that I was convinced Koulibaly had signed for Chelsea at some point. I would even have guessed he was one of their army of loanees.

Honourable mention to Benzema to Arsenal, rumours that lasted about 15 years.
Paul in Brussels

Dismayed Down Under
Here we go. I’m an Everton fan in Australia and have been since the good ol days of the 80s. I may not have the passion compared to those in Merseyside and will never know the feeling of being in Goodison on game days (would love to one day) but I am saddened by the aimlessness that has been a feature of the club for the latter part of the last decade at least. Is sacking the board the answer? Maybe.. Right now I would settle for mid table mediocrity (plenty may disagree with this) if we aren’t relegated and have the club work together and stablise itself from top to bottom before trying to aim for the stars. Lets keep our feet on the ground and deal with whats in front instead of it being swept under the carpet with promises of gold. Just my rant for the day.
Evertonian from afar

For the inaugural award I would nominate Chris Bridgeman for his Toon thoughts.

Any witty mail without tiresome partisan nonsense or long winded lectures gets my vote!

Obviously the editor would have to choose, as the mailbox couldn’t agree on the time of day.
Rory, Bray.

Iggy and the Hotspurs
How have I only just noticed that Antonio Conte is the absolute spitting image of a Stooges-era Iggy Pop? I always knew he reminded me of someone…
Lee, strikes a ball with raw power

Falling standards
The absolute state of tabloid sports journalism in this country.

We’re forced to include The Telegraph in the ‘tabloid’ space now, if only because Fawning Johnson Brexiter Flag Shagger Covid Enthusiast Ostriches won’t fit on the label over the recycling bins where, according to sales figures it gets transported to directly after print.

I used to read The Telegraph sports section when staying with my grandparents. I know their sports staff didn’t use to be such backwards cretins, so what the hell happened?

Is it just that no one under the age of 50 reads newspapers any more?

Is that anyone over the age of 50 who does but also believes in other forms of information won’t read The Telegraph for fear of a stroke caused by egregious disagreement?

Are they only competing to ring the Pavlovian Bell made of gammon to summon furious little Nigel and frothing Nadine faster than the others?

Do they feel obliged to ignore any sporting credentials in favour of licking the armpit of anyone English and declaring them free of garlic? Or liberalism? Or trophies? Is success now un-English? Like truth? Or obeying laws for the safety of others?

The Sun has always been a festering boil, The Daily Mail and The Express always two sides of the same thought free extremism, but for them I UNDERSTAND. Their only readers are those who don’t actually like being informed.

Lighten up
Thanks to Jonny Nic for pointing out the Sun headline – I’d have missed it otherwise….. Very funny. Job done Jon. Reminded me of “the bowlers Holding the batsmans Willey”. Different sex so that’s allowed to be funny I presume.

All this fake outrage, I’m woker than you and clutching of pearls is also equally funny.

Come on Jon, have a laugh for once. It must be desperately depressing in your house.
Bernard (Wo)Manning (Englishman, Irishman and Scotsman walk into…. Oh no, we can’t do that anymore can we)

VAR corner
Ok Andy (MUFC), I’ll retort seeing as I initially brought up the VAR table in response to Conspiracy Theory Kevin and the Big 6 Bias (shit Harry Potter title). Surely if there was a Big 6 Bias instigated by referees there would be a noticeable trend towards Big 6 teams getting favourable overturns in that VAR table.

‘There is no correlation whatsoever and its nonsense to suggest there is.’

So if your theory is correct and referees are being biased towards the Big 6/Liverpool but VAR is ‘keeping them honest’ with the overturns then what’s your explanation for the fact that onfield refs and VAR are interchangeable on a match by match basis? And don’t say crowd intimidation because half of our games are played away. And don’t say player intimidation because ours are fairly tame in comparison with others in questioning decisions.

The basic fact is that referees and VAR are imperfect arbiters of the subjective rules but when viewed through a tribal prism you and Kevin and countless others simply ignore any evidence that contradicts your worldview.
James Outram, Wirral