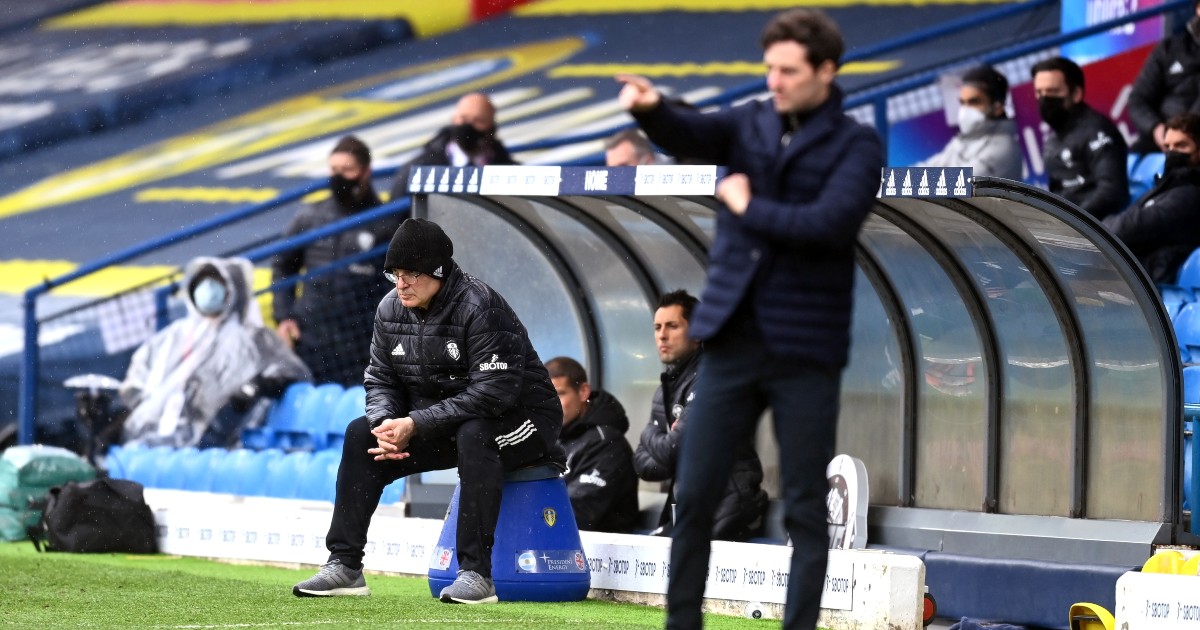 As Antonio Conte drops out of the running to become Tottenham manager, Marcelo Bielsa is put forward. Mo Salah and Bukayo Saka get some love.

Don’t forget to send your Spurs, Bielsa or other assorted thoughts to theeditor@football365.com

Pass the bucket
We’ve seen the quickest and cleanest shuffle of managers at the top at the end of the season. Juventus and Madrid replaced their managers with the minimum of fuss.

With so many jobs being made available with managers moving I am baffled as to why is nobody interested in Bielsa? Pochettino and Pep regard him as a mentor and he’s done a stellar job at Leeds.

If Conte talks break down surely Tottenham should look at Bielsa especially with a team that has a Pochettino work ethic.

Am I the only one who rates him as highly as I do?
– Shehzad Ghias, Mufc, Karachi

For foot’s sake
Being a football fan of a certain age I have one query ahead of the Euros , can we have an update on Wayne Rooney’s metatarsals?
Paul “Prayer mat ready” and Rhodes

I don’t really enjoy international football at all really. South American teams are good to watch, sometimes Germany and Japan are quite good to watch. That’s about it.

As such discard my opinion if you like. England aren’t winning sh*t. I’ll go out on a limb and say they’re never winning anything. Only people who are English ever think England will win something. England are the international equivalent of Everton. They have some decent players and occasionally have a decent manager, they’re well supported and have a good youth system and only their own fans believe they can win something.

There will never be a better chance to win a trophy than the last world cup where everybody was awful and all you had to do to win was just be average, ask France. England couldn’t even manage that and instantly lost at the first decent team they faced. How that tournament was considered a good one for England I’ll never know.

My point is don’t get your hopes up, because they will definitely disappoint. The only reason the media in this country gets all excited is because they need to extract money from your wallet and that will never happen if they do what literally every single other countries media does – say that England aren’t actually that good and definitely won’t win.

England can’t win a trophy, but they could at the very least entertain their fans. But they probably won’t even meet that low bar. England are the most overrated team in international football history.
Lee 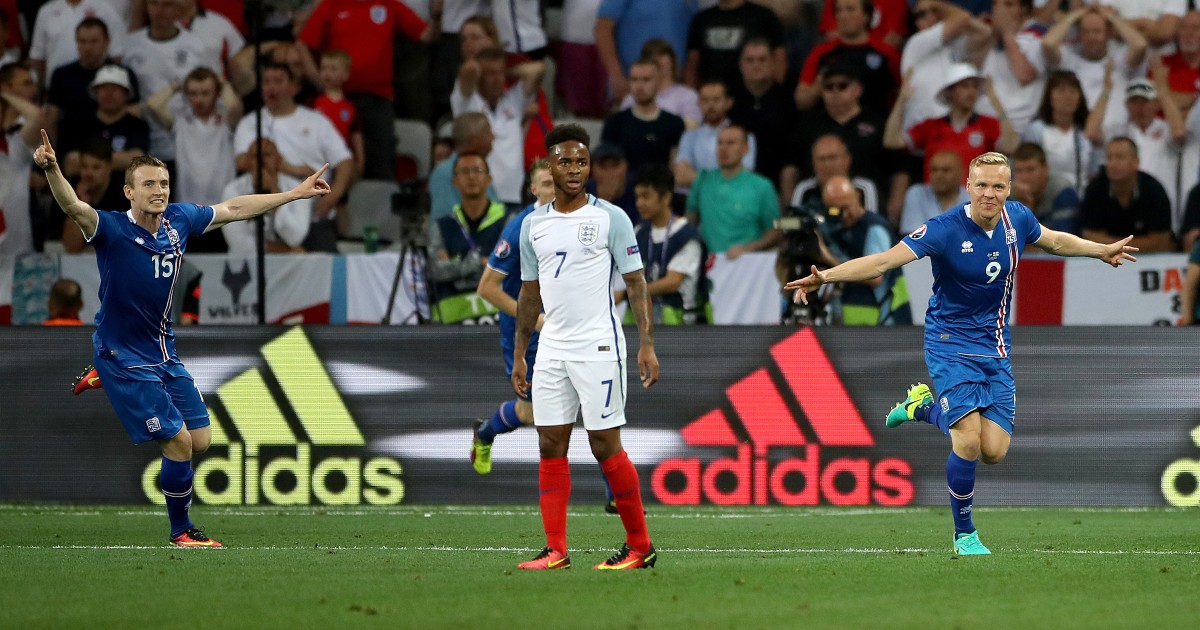 Irish football is back, though!
Now that the boys in green have returned to winning ways in a 4-1 thumping of the mighty Andorra and the two current greats lights of English football (Grealish and Rice) were poached from us, does that mean we are back? We can go back on the streets singing ‘ole, ole’ and complaining about England. The sun is out and life is great again!
P Kiely (Ireland)

The Greal thing
Grealish clearly isn’t the next Maradona but he is clearly the best creative midfielder in the UK. Great players that they are too, but would any of the following single handedly have the impact he has done on Villa’s fortunes and displays over the last 2 years: Maddison, Mount, Foden, Bruno, Pogba. These lads are quality but would never have the impact that Greals has had on Villa. Put better players around him at a united or wherever and watch how he smashes it up!
Duck

Flowers for Saka
A 19-year-old scores his first goal for England after being nominated as young player of the season. Normally you’d expect the mailbox to be filled with a little more love. I’m not sure why it isn’t, but expect it has something to do with the lack of Arsenal emails you seem to get.

Quick caveat: I didn’t watch the game because I have no interest in international football and find the prospect of playing a tournament across multiple countries during a global pandemic repulsive. So I’ll talk from an Arsenal perspective.

Saka has been head and shoulders the best player at Arsenal this season, far outshining the rest of the squad which included Aubameyang, Özil (at the start of the year), numerous other youth options (some older than him) and some serious money signings. Yes it’s been a poor season, but if the other players had raised their games to Saka’s level we would be looking at a much more competitive club.

The thing that’s most impressive is the number of positions Saka has played: left wing back, left wing, right wing, 10, 8, false 8, semi 9 1/4 with 8-10 tendencies. In every one he has looked forward and attacked, combining this with a responsibility to his teammates. His technique and effort are faultless, and with a little work on his finishing could become one of the most exciting young talents in the league, regardless of nationality.

England are very lucky to have this player, and although I don’t expect him to start the competitive matches being behind Sterling, Rashford, Sancho etc, he is a great player in the making and will no doubt continue his international career with a bunch more goals over the coming years. He is only 19, so as an Arsenal fan I am beyond excited to see how his game develops. England fans should be too.
Mike, AFC, Leeds for now but moving back home

Is Mo Salah the most underrated player in the league?
I enjoyed the recent article you did on each team’s most valuable asset. However, it threw up something I’ve been thinking about for a while: How criminally underrated Mo Salah is. Don’t get me wrong, people think Salah is a good player. Yet he doesn’t seem to attract the kind of acclaim that a man of his talent should. He should be talked about as one of the game’s absolute elite players. Yet for some reason, he isn’t.

Going back to the article, the assertion was made that Mane and Salah are of equal value. But despite this common perception, Salah is worth far more to Liverpool. Mane is a great player, but Salah brings far more to the team. Since joining Liverpool, Salah has scored 97 Premier League goals. He has been 1st, 1st, 5th & 2nd in the goal scoring charts. He has scored more goals than any other player in that time, 7 more than Harry Kane. Mane by contrast has scored 95 goals, which is impressive, but he has played 3 more seasons than Salah in the Premier League.

There is a perception that Salah is selfish. However, he has still managed 34 assists in the Premier League, averaging 8.5 per season. What about Mane? He has 36. Again, that’s with 3 extra seasons in the Premier League. So why the idea that Salah is selfish? Well yes, he does shoot a lot, but that’s because he’s really good at it. To highlight this, he has a better shot conversion rate this season than Kane or Fernandes. If you want to score lots of goals, you need to shoot.

To continue the theme of Salah being underrated, please someone explain to me how he wasn’t nominated for the PFA Player of the Year? How does Salah’s 22 goals and 5 assists not compare to Phil Foden’s 9 goals and 5 assists? Foden is a fine young player and played in a title winning side, but Player of the Year is about individual performances. Take Foden out of City and they would have still easily won the league. Salah saved Liverpool time and time again this season. Without his goals, Liverpool would have been lucky to make the Europa League, let alone the Champions League.

Now I’m not especially bothered about Liverpool players being nominated for awards, but it just highlights the fact that Salah’s talent and skill are often overlooked. Watch a video of Liverpool’s goal of the season contenders. There are 5 goals. 4 are scored by Salah. The only one that wasn’t him was Allison’s. If it hadn’t been for a last minute goalkeeping winner, he would have had the 5th slot for sure.

To repeat the stat from above, Salah has scored more goals than any other player since he joined the league. Yet he is criticised by some for being selfish, interested in himself or shooting too much. While players such as De Bruyne and Kane are gushed over, Salah seems to be considered a rung below. Hopefully he has many years left playing for Liverpool, and when those are done, he should be remembered as one of the Premier League all time greats.
Mike, LFC, London 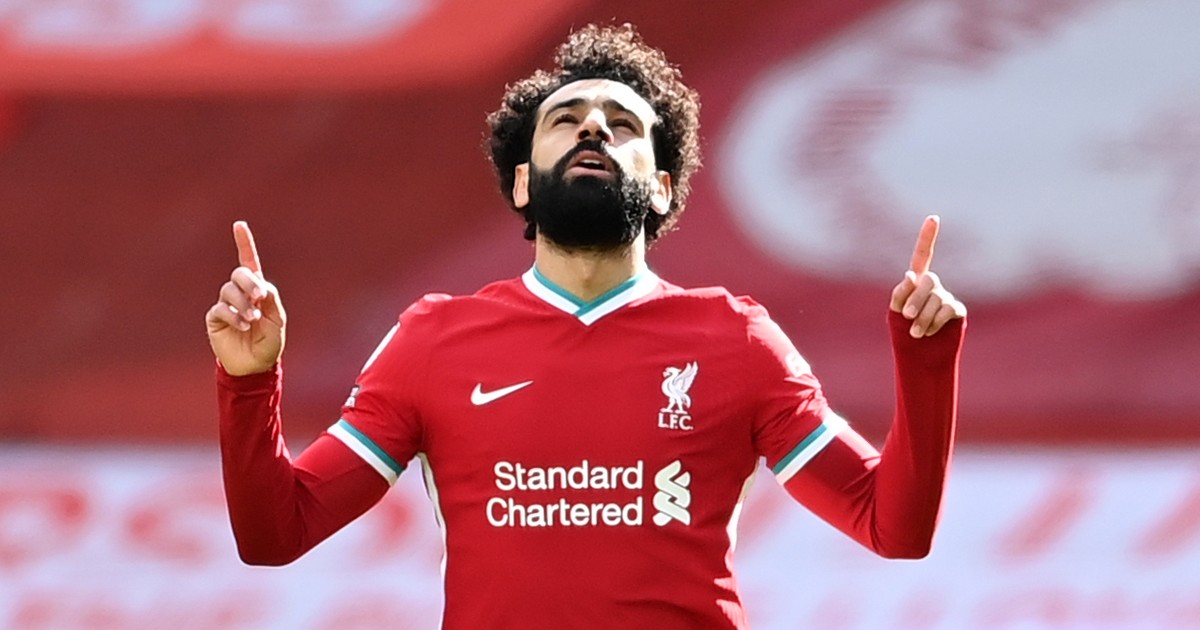 Perhaps you should ask the father of Gary and Phil Neville.
AF, Red Devil, Dubai