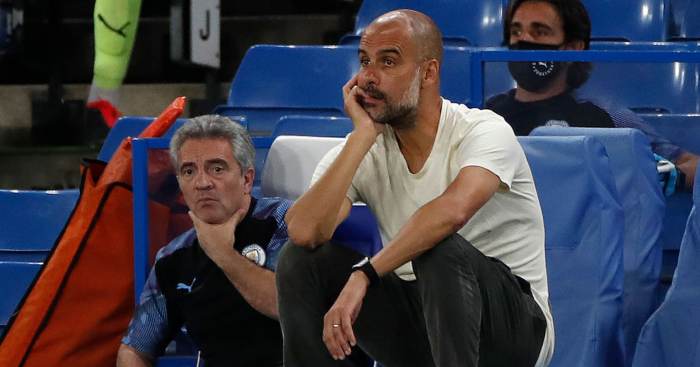 Would Bournemouth be better off?
I just wanted to give a response to Johnny’s article about Bournemouth. I agreed with the first half I’d say and how tough it is for teams like Bournemouth to keep Premier League status but then I wholeheartedly disagree that they’re just better off in the lower leagues because it’s tough.

There is a reoccurring theme of the Premier League being a big bad monster but isn’t it also disrespectful to say that all those clubs outside the ‘big’ category, and all their playing staff and coaching staff and everyone else involved, are just there to be beaten by the big clubs? Or that there’s no point being in the league if you’re not going to be in the top half – that what’s the point if you have no hope.

It would be like me saying there’s no point in a website like F365 when there’s The Guardian or any of the other ‘big’ outlets. That the journalism you do otherwise is meaningless (it’s not). I know lads who play local Saturday league football, they’re mid table, and they train twice a week and go to matches on Saturday. They’ll never get paid for kicking a ball. They’ll probably never even have a clubhouse that’s not an old shipping container, but they love football. Why, in almost every article that Johnny writes, is it never touched on that while there are money hungry chairman at work, there are hundreds or thousands of people in those clubs who love football. Should all the players who know they won’t get a move to a big club just stop playing? Once you hit 28 and play for Palace should you just give it up and accept you’re just there to be beaten? I don’t get why it’s painted in such a bad light that these players and managers and clubs want to be better than they were last year, even by a place; that they would want to compete against top teams, even if they aren’t the favourites by the bookies; that they would put their whole lives and career into something and then since they most likely won’t get top 4 or a title, they don’t just fall into the abyss.

Players fight back from long injuries just to be able to play football again. They have a tough job but they love the sport. No, Bournemouth should not just think they’re better off dropping down and that life would have hope again. How many teams and players in the lower leagues and around the world would still love to be Bournemouth right now, or want to do what they’ve done these last few seasons?
James, Galway

Every Premier League club’s best player lost on a free

City’s problem
Manchester City are weird. A glance at the league table shows them having a better goal difference than Liverpool yet somehow also have more losses than Man United and Arsenal. Their last two games actually sum up their season quite nicely where they’ve mostly tended to either be all or nothing (pun intended) they’ve either blown teams away or when the game is tight lost.

A closer examination of their results shows that they’ve won by the odd goal only on 5 occasions this season, 5 of their nine losses have also been by only one goal whereas 14 out 30 which is almost half of Liverpool’s wins have been by one goal. In contrast during their last 2 title winning seasons they won 9 and 10 games respectively by one goal. This I believe has been the difference between City and Liverpool this season both team have retained their ability to blow teams away when the opportunity arises but in the tight games where the team hasn’t been playing well Liverpool have shown greater resilience and found ways to win where for City it’s seemed a coin toss that could go either way.

In essence this season Man City haven’t really had the scrappy wins for them to win games they’ve had to play well while for Liverpool the performance wasn’t an issue they just found a way to win which as the cliche goes is the mark of champions and if City are to challenge Liverpool next season they need to find the resilience and relentlessness that escaped them this season.
Martin (commentators please stop mentioning Alexis Mac Allister is Argentine)

Calling out Williams
Wow I was getting annoyed watching the Liverpool-Brighton game. Since Liverpool have already won the league and basically have nothing to play for, the media and the TV commentators are tediously hammering minor stories to pad for content. Consequently during the game today, the commentators and studio pundits would not shut up about Neco Williams who was starting his first League game. Unfortunately for them he did an excellent impression of Alberto Moreno and was hooked after 45 minutes. What I found so frustrating was that they utterly refused to recognize how garbage he was and blamed everyone else for his mistakes. In addition, Tariq Lamptey, who is also 19, was playing at RB for Brighton and looked immense.
Oliver, LFC

Any point in a draw?
First time emailer…be kind. I’m wondering if settling for a draw is the reason some teams are perennially under performing?
I suspect some whizz with a lap-top in the back offices of Michael Edwards and Txiki Bergiristain’s set up has crunched some numbers and say we play to win…always. Even when we’re made it 2-2 with 90 seconds to go we play to win, even if there is a risk we could lose and that’s what drives the teams forward. Something akin to the Aussies in the 90’s under Waugh whereby they abandoned traditional test cricket style and decided that they were never going to play for a draw and set a target of 4 runs per over as the mark of how they would achieve this.
Ben, LFC

Lingard to Everton: The most predictable transfer rumour of all time

Still stewing over Maupay
OK, so I have calmed down a bit now. Fair enough, Eddie Nketiah’s challenge was high, he did catch the defender and was nowhere near the ball. So on review, maybe VAR was right and it was a straight red card. So why didn’t VAR send Neal Maupay off when he injured Bernd Leno a couple of weeks ago?
Exiled Gooner (Still watching Suits. And sulking)

What about Vardy?
Sure, Vardy did not intend to kick and hurt Mustafi.

He slipped, fell and kicked back awkwardly, hoping to connect with the ball. However, if Vardy had just let momentum carry him his foot would be nowhere near Mustafi’s head, he tried to kick the ball from a weird position and connected the heel of his studded boots to Mustafi’s face/eye. Watch the replay, in slow motion.

Vardy and Mustafi both challenged for a 50/50 ball, Vardy missed the ball, lost the challenge, lost his balance, and when he fell, he kicked back blindly. It was unnecessary and dangerous. Is that not serious foul play?

Surely VAR should have at least been used to review the incident.
Olawunde, Manchester Blue

Them forruns
Can I ask Paul Murphy why he included Denis Irwin in his bracketed foreigner category with Mark Hughes & Ryan Giggs? If anything, Irwin would have been in the same hobbled category as Cantona.
Neill, Ireland