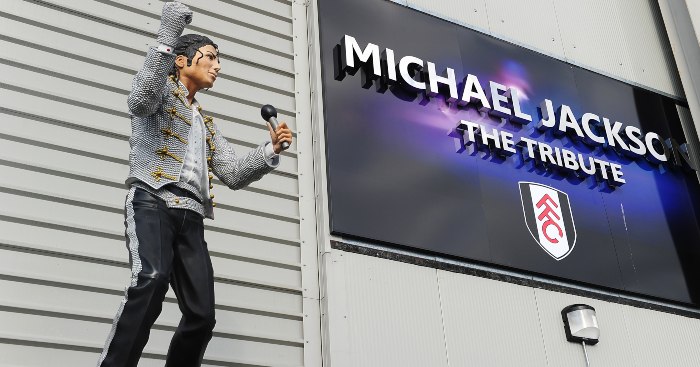 Not Wright
I like many have had my news feed full of pictures of Mark Wright (he’s a reality tv celebrity) coming on against Leeds for Crawley. As part of a BBC show being filmed he has been training with the club and signed up. Soccer aid to the FA cup just like that.

Mark Wright is 34 and did not make it as a footballer. He has not spent the last 20 years grafting, coming through the leagues, fighting for contracts and having to prove himself. His celebrity career also pays his bills.

1400 players were out of contract and lost their jobs at the end of last season, plus countless other youths are trying to make the grade in league football. How many of them would have broken their backs to be in the Crawley squad or get a few minutes against Leeds in the FA cup.

Side shows are not new in football, signing a faded pro to put bums on seats or excite a team/fans. Wright is not a faded pro, and because of covid seats cannot be filled. This is not Socrates at Garforth or George Best at one of his later clubs. This is just a puzzling situation, and really asks questions about Crawley as a club. Put this one in the same bracket as the Michael Jackson statue at Craven cottage

Wright may well be a lovely guy, this is nothing against him but the question must be asked of the Crawley leadership – what’s the point in this?
Adrian in Dublin (MUFC , going top after stuffing Burnley)

Football, Covid and Trump
It would seem to me that those looking to stop the Premier League are suffering from the same vulnerability to sensationalism that they would quickly deride American “Stop the Steal” voters for.

I don’t think that the Premier League should be stopped. Maybe that’s because I don’t want to suffer through another painful lockdown without the morphine of football, but even without self-interest, it makes little sense to me.

Every PL player, coach and staff member is currently being tested twice a week. Last week, 2593 tests resulted in 36 positive cases, down from 40 the previous week. This totals 1.39%, at a time when the UK Government numbers say that 2.06% of the general population are returning positive tests. Factually speaking, the Premier League is doing well, no matter what tabloid outrage suggests.

It’s true that games are being postponed, but following the rearranged Spurs Fulham game, the Premier League will be 4 games behind after 17 gameweeks, a similar effect to a snowy week in January. The current plan is working, and realistically, an all-out pause of 6 to 8 weeks is likely to see this season cancelled.

The FA has rarely been known for strong decision making, but it should not be responsible for knee-jerk, populist decisions that put lower league clubs out of business.

If the PL were to be stopped, do we really think that these 36 positive tests would be reduced to 0, that the 1300 or so people being tested twice a week would isolate perfectly for however long, or that any positive case would be almost immediately identified, stopping the spread from non-symptomatic carriers?

Outside of those directly employed within the PL, the sight of scousers lining the streets in Crosby may disgust or frighten some, but that’s the responsibility of the local council, not the Premier League. Since lockdown, only the clinching of the title resulted in such scenes, I don’t recall such irresponsibility after the Cup Final or any promotions. Again, the Premier League seems to be doing well, despite the highlighted cases of Grealish, Walker etc. Allow the PL to continue while they continue to manage such a difficult situation well, and leave us viewers some amusement in such dark times.

So, I say to those of you triggered by various hysterical reports in your media source of choice, you may think you’re patriots, but really you’re just making your country worse.
Rory D (São Paulo via Dublin)

Fairness out of the window
In reply to Tim Sutton. I actually am in agreement that the season is very close to being suspended, especially if we see more outbreaks at a number of clubs. However, to cry foul for Fulham having to play on Wednesday, then i have no sympathy i am afraid. This season ALL clubs will need to show some flexibility to get it completed (if it isn’t cancelled!). It is too ingrained in football about trying to gain an advantage here or there.

You talk of it not being fair on other clubs. Well, you could argue the same for the fact that Aston Villa play their FA Cup game with a set of kids but they cannot play those very players in the league game a few days later. What’s the difference? Fairness is out the window this season.

The suggestion seems to be that Fulham get extra time to recover due to some of their players having Covid. Firstly, we don’t actually know what players had it, it wouldn’t have been all players. You want Fulham to have that recovery time but are more than happy to play Tottenham later in the season when their players have potential Europa League games and making up for other postponed games. You don’t see too fussed out their players being tired. Also, no one forced Fulham to play 120 mins on Saturday, they did have the option to win (or lose) that game in normal time.
Ben

Leeds and the FA Cup
While I don’t want to start a war of words about this, I would like to clarify my position about Leeds exit from the FA Cup.
When I was growing up in England, cup final day was the most important day of my football calendar. I doubt I could have told you who the league champion was, but my friends and I were all camped out in front of our TVs on cup final day. Watching the players on the bus, the pitch inspection, and finally the teams emerging on to the hallowed turf. We lived in Wembley, and could hear the cheers from our house. I remember the cup win over Arsenal in ’72, and the devastating loss to Sunderland in ’73.
Those days are long behind us. Football success depends on money, and money comes from Premier League survival and eventually European qualification. I never for a moment meant to suggest that “we’d be better off not winning anything and finishing midtable every year”, merely that Leeds would be better off not being stretched too thin for now. Leeds have been in the FA cup final four times, and in those seasons they finished either second or third in the top division. I also remember that first season in Division 1, and as exciting as it was to lose to Doncaster in the playoff final I would rather watch them play Liverpool, Arsenal and ManU.
Winning things is wonderful. I can only assume that people were dancing in the streets of Portsmouth when Pompey won the Papa John’s trophy, and no doubt much pizza was eaten.
I would be happy for Leeds to put more effort into the cup in maybe… two years, just not now.
Andrew, Canada