Also in your Mailbox: cup final too far for Chelsea, Arsenal whataboutery, sign her up, Aubameyang and more... 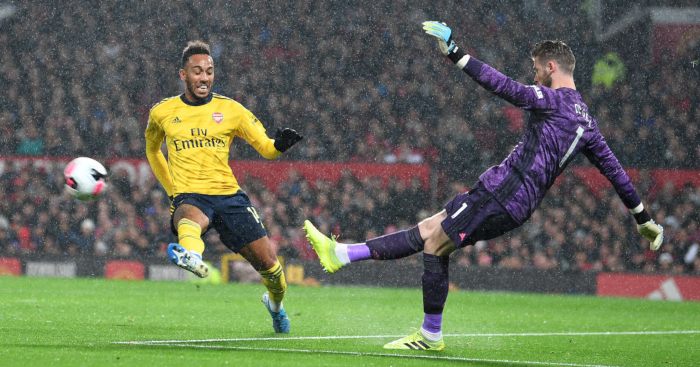 We just scraped this together…keep sending in your wonderful mails to theeditor@football365.com…

Swap the FA Cup for Champions League football?
Some very reasonable points made by Paul K, London in the first mail this morning. First, congratulations to Arsenal on the FA Cup win – I had a sneaking suspicion that they might lift it around the quarter finals this time, so fair play to them. That also goes a long way to answering any questions about Arteta’s ability as a manager too.

But to answer the question asked of United and Chelsea fans: I agree, I would not swap the FA Cup for Champions League football – but only this year. Normally, I am in agreement with those who say that trophies are the main thing, but in context for United, that isn’t quite the case this year. Firstly, if we hadn’t achieved Champions League qualification this year then the Adidas sponsorship would have gone down by a massive amount, so avoiding that is a massive result for us financially in these uncertain times. Secondly, being able to offer Champions League football to any potential new signings does have a greater effect than I’m personally comfortable with, but it’s one less obstacle for the club when negotiating with players and agents. And finally, we are still in the Europa League and, while it’s going to be an extremely difficult competition for us to win, we still have an opportunity to do so, so it’s not like we’re guaranteed to be trophy-less just yet.

As for the point around Arsenal around Aubameyang, I concur with Paul’s conclusion there too. I have never embraced the idea of any club building around any one player, for the sole reason that players are not injury-proof or un-sellable. There are rare occasions where you simply have to build around one player – Messi, Ronaldo – but in the main, doing so hamstrings your team, in my opinion. For one, you become predictable; if everything you do is centred around one individual, all you need to do is ensure that player has an off-day. Granted, that can be more difficult depending on the individual, but it’s definitely feasible.

And what do you do if that one player picks up an ACL or a broken leg? If you have spent a significant amount of your resources on securing his long-term future at your club and you then lose him for the best part of a season or, worse, he returns a lesser player than before, then you really are up the creek. Then there’s the general effect that it has on any future business; if you spend crazy money keeping a player that isn’t totally committed to the cause, it inflates any wages demanded by new signings or existing players.

Arsenal would do well to look at Ozil, or Sanchez at United for examples of the damage that over-paying a player can do. Even De Gea should act as a warning to them, perfectly illustrating the pitfalls of over-paying a player at the latter end of their career or past their peak. In my opinion, Arsenal should not renew Aubameyang’s contract and either let him leave on a free next season or wait and see if any crazy offers come in now. Yes, it will be galling to see a player like him walk away for nothing but not as galling as seeing him end up as a lead weight on the team, like Ozil or Sanchez. In some ways, letting him leave on a free next year might even inspire him to greater levels this coming season too, as he’ll be playing to put himself in the shop window for one last big move. Better that than committing £250k a week for a player who may have just had his last great season for you.
Ted, Manchester

Cup final too far for Chelsea
A lot of happy Arsenal fans writing in over the last 2 days. Quite rightly they celebrate, as Chelsea fans we can look back at the season and celebrate too. Rich wrote in and said “wouldn’t Man U or Chelsea prefer the FA cup to top 4?” The romantic says the FA cup (trophies) but top 4 was critical for Chelsea to gain access to tier 1 players to evolve the team and undo three years poor trading.

The short answer to the final, 1 team was desperate to finish the season with meaning, the other looked exhausted from getting over the CL qualifying line. One team’s stand out player stayed on the field the other tore his hamstring. As for Anthony Taylor, Chelsea fans knew they were fucked as soon as he was announced. This the man who had it not been for VAR would have awarded a foul on Gazzinga who had just floored Alonso with a tackle out of WWE library.

Arsenal whataboutery
Absolute classic Gooner whataboutery in this mornings Mailbox desperately trying to justify their teams win when they were given every leg up in the book by a referee who really needs to be looked at more closely .

What about Moses sending off In 2017 says Rich ? What about Jorginhos non second yellow in the league game , talk about game changing says Rich again.

No , if you want a real game changing decision ,lets look back at the Alexis Sanchez goal in the 2017 final refereed by the same incompetent/ bent referee .

Not only was Ramsey flagged for offiside and was interfering in play   but Sanchez clearly pushed the ball into his path by using his hands , I think that was about five minutes in , game changing.
Mark

Don’t build around Aubameyang
The first person who wrote the first post  in this subject should slapped and his teacher. He can’t spell and is an idiot.

Spend the money bring in the kid from Renne. The new Viera. Bring in Auoar from Lyon if you are going to off rid Ozil.

And for Ozil, I love him and hopes he gives his best year of his career yet. You have the weapons. Saliba starts next season. Then with holding being more consistent thats like having Sol and Tony in the back!
Brandon, USA

Played for both…
In the build up to the FA cup final I took a look at players who play for Chelsea and Arsenal in the premier league. Although I am missing one player, the team and formation is pretty decent.
Cech
Gallas    Luiz   A.Cole
Diarra Petite
Benayoun Fabregas
Anelka   Giroud

Are there any other “played for both” with such a balanced team?
Aodan (CFC)

Sign her up
I’m a big fan of JN and his socialist ramblings, even if he is a miserable bastard most of the time. However, Dawn seems like she has a hell of a lot more of a clue about what’s really going on in most football matches and should immediately replace basically all other football writers. Absolutely zero bull shit. Love it.
Ash (and she’s right about mitre saws) Metcalfe