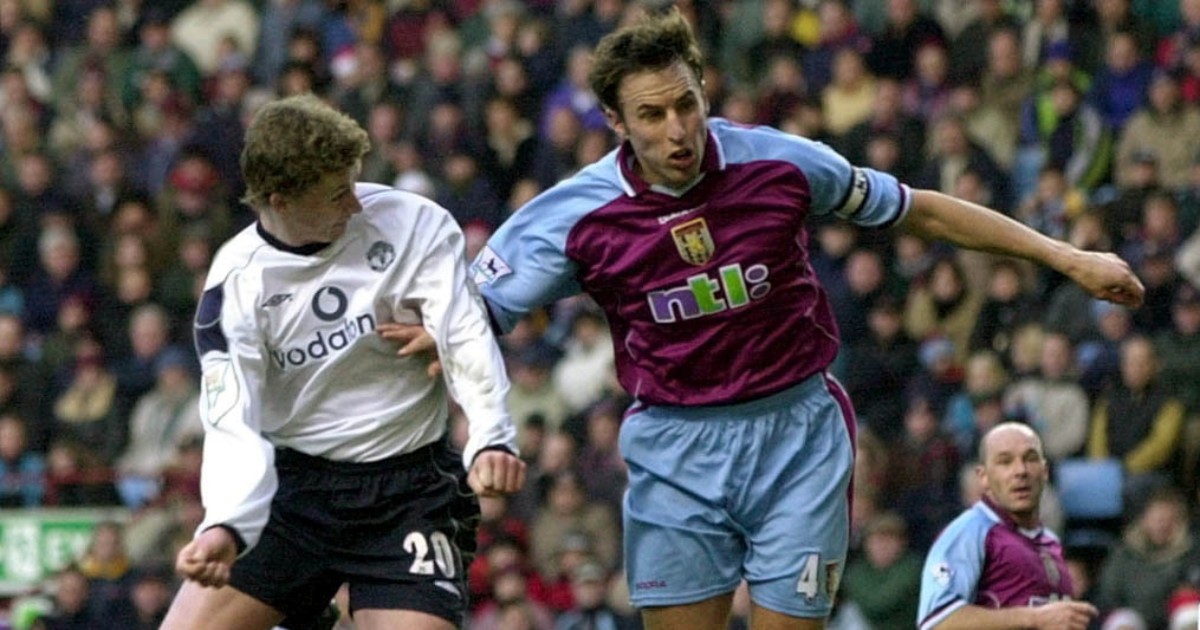 Send your thoughts on England, Kane, Solskjaer and more to theeditor@football365.com.

Anyone else fancy this?
I know you guys are the experts, but do you fancy wee wager that France does not win the Euros?
Tim

Great expectations
Lee says English fans are miserable because they’ve seen the script far too often  – well, how often is it a self fulfilling prophecy?

England did well in 2018 because there were little to no expectations so that dark miserable cloud did not surround every England performance.

Most of the squad had little to no tournament experience so they had not suffered through it before also.

The “its coming home” chant almost started like a joke and took a life of its own uplifting players rather than weighing them down with expectations because it always felt a little tongue in cheek.

Now England won their first game and the amount of doom and gloom in the media is painting a dark cloud even on the silver linings. Carraghers who has spoken about this negative effect of the media in the past also let an article questioning Harry Kane after a single game.

Can English fans have fun instead of dreading tournament football? They had fun and England did well in 2018. Keep that going!

How do you imagine the players feel when they celebrate a victory only to check the reviews next day and read the sort of articles that helps sell The Sun and Daily Mail but destroy the players morale?

Maybe the greatest English midfielders of their generation were scared to make a pass because of how the English fans react to mistakes.

You’ve won. You might lose. Have some fing perspective. Have fun watching an exciting group of players. Dont turn them into the previous generation that was talented but could never carry the weight of the expectations of a nation.

If Morata was English, some fan would have killed him by now…
– Shehzad Ghias, Mufc, Karachi

Good moaning
Here is an idea – we need to make a list of every England fan moaning about the team/Southgate etc and then if, a big if, we win the Euros then these people are to be officially barred from any kind of celebration/joy.  The misery, joy-less ars*holes cannot let the rest of us enjoy an England win so they shouldn’t be allowed to.

That or put in stocks for us to throw rotten fruit at.

Thanks,
James May, Stockport.

Ole you’re the one, you still turn me on
Recent mailboxers talk about how England won but were dreary to watch, and won’t stand a chance later in the tournament. Maybe the answer is sitting in Old Trafford in Ole Gunnar Solskjaer

– Ask any Man United fan, and they’ll swear how much more fun it is to watch a game now compared to LVG or Mourinho‘s time. England barely win trophies anyways, they need to be fun to watch! Solskjaer can do that.

– His excellent track record of reaching semi-finals & finals (albeit losing afterwards). For United it’s not enough. But if Solskjaer does it for England, the team will receive a hero’s welcome after every International tournament.

– Plus Solskjaer doesn’t do too much tactics, which fits as there’s rarely any time to do that in Intl football. Just counterattack them Germans and score!

– FA will love how Solskjaer always talks about our glorious history and rarely makes a gaffe in the pressroom. Even the media will lap up his positivity.

– Solskjaer also loves young and overhyped English players, just look at Man Utd’s transfer & rumours. Tell me a better job for him to find those players.

Let’s make it happen!!
Gaurav MUFC, Amsterdam (Did I mention Ole can lose in penalties too?)

Harry Kane: no-season wonder
I am a Scottish fan who watches England games on a regular basis however, England would have been in at least the semi finals of the World Cup ( I do think they would have won if Kane was not involved and that is hard for a Scotsman to admit) had it not been for Harry Kane.

Rveryone raves that he is world class, I can’t see it and quite a few English friends agree. He is not a leader, he strolled about with no urgency against Croatia. Never even attempted to rally the rest of the team, Vardy would have been a better bet in those World Cup games.

To be classed as top scorer when it was all penalties? Yes can be hard putting a penalty away unless you are super confident and I am afraid he has no get up and go.

Please have Mr Southgate pick a captain that will spur the team on the way Terry Butcher did. 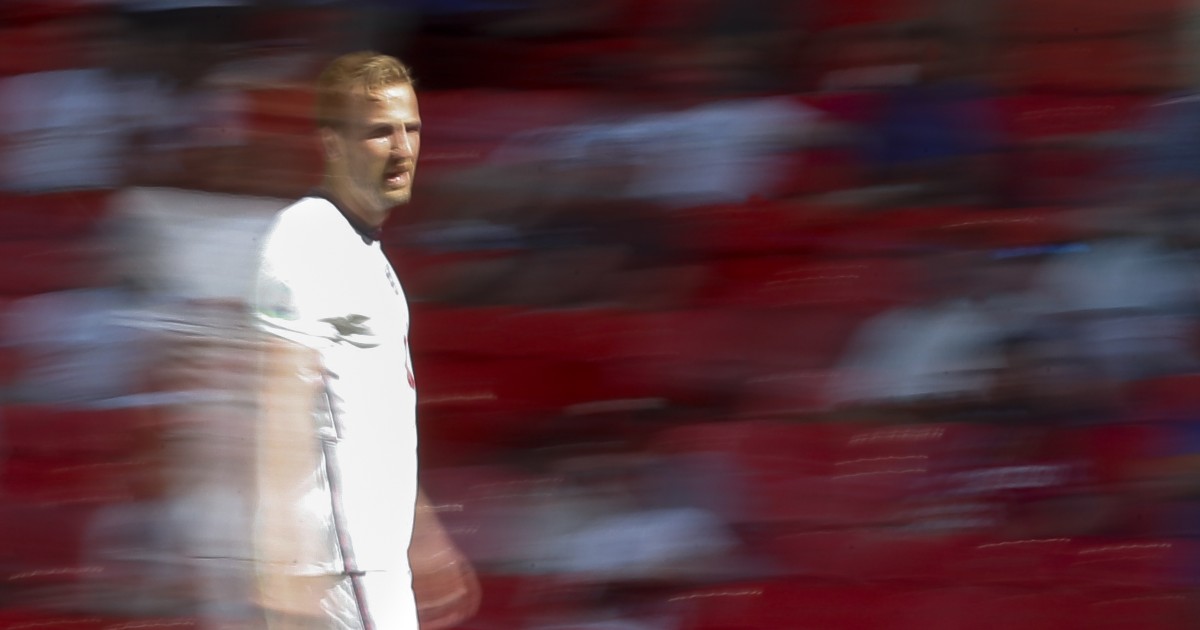 VAR zone
Adonis Stevenson, AFC, points out, with some weight of evidence, that the officiating teams seems to be leaning into VAR a little less during some of the opening matches in this tournament and goes on to suggest that the analytical team in the TV studio were also “blind” to these officiating mishaps.

Instead, what I’d love to think, is that the football ‘family’ has conspired behind the scenes, between governing bodies and TV channels, to collectively stop pissing their pants at every little refereeing error, accept that mistakes happen with human beings in sport and no amount of VAR review is going to fix 100% of controversies. Maybe that might just make the game a little bit more enjoyable and f**k knows we need a little bit of enjoyment at the moment. So if that is what has really happened, then I say “well done” to them.

Next step – abandon VAR completely. Then attach every pundit’s nipples to electrodes and tell them Pierluigi Collina or David Elleray will give them a significant electric shock every time they criticise the referee unjustifiably. Limit pundits to 10 seconds of comments on anything that is a ‘clear and obvious error’. Any more than 10 seconds: ZZZZAP! Problem solved and leaves more time for the team in the studio to goad Roy Keane and Patrick Vieira into a massive fist fight that, like every fight on a football pitch, will be described as something we “don’t want to see”, even though it very definitely is something that we really, really want to see.

I reserve the right to completely contradict myself when England have a goal ruled out in a massive refereeing controversy.
Chris Bridgeman, Kingston upon Thames

Thoughts and musings
Rich, “France bored their way through to the last World Cup until the final”, did you actually watch the tournament? I am sure the France v Argentina and France v Uruguay games are available somewhere online for you to watch and revise your opinion, those were awesome games that were a lot of things but definitely not boring. In particular the game vs Argentina.

One question I have for the audience here is why did the ref in the France v Germany game let France play and score their 2 “goals”, then flags for offside a good 15 seconds later when it was obvious (particularly the first instance) that Mbappé was offside? It was obvious on TV it was offside and that the ref had a good view of it, why does he let the players play and then cancels the goal? Very frustrating for the fans, probably even more so for the players.
Mike, CFC

Czech this out
Here’s my attempt at a Czech(oslovak) best of. The Czech Republic by itself, being a very young country, would have basically just been the 2004 squad, so I added players from before the dissolution with the caveat that they had to be from what is now the Czech Republic.

It’s the ’70s and the mid-2000s with a smattering of Euro ’96. Ridiculously attacking (no-one’s carrying any water in that midfield), and Rosický will have to deal with being on the left, but hey, the game’s all about goals, right? Today’s Czech side is far from exciting, but Schick gets a spot on the bench, as does Darida. I’d love to see it.
David (Zbrojovkast for Czech football nonsense) Szmidt, Brno, Czech Rep.