Home Mailbox Time for England to build around Grealish…

The Mailbox has some reaction to England's win but more on positives for Republic of Ireland's. Also: Glazers, Everton, Twitter... 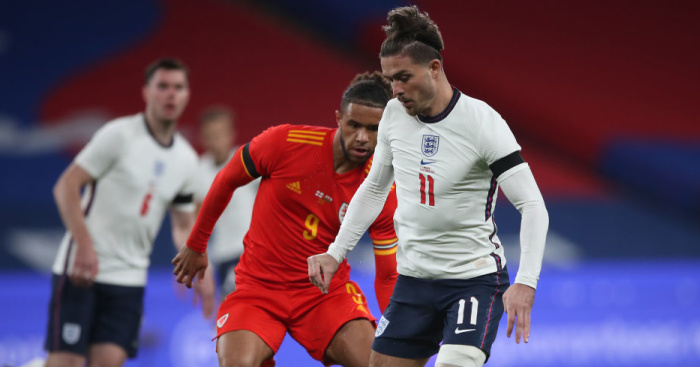 Keep those mails coming to theeditor@football365.com…

Thought I’d write in, as fed up of just texting my mate Ben and boring him, so thought I’d bore you all and cause a bit of outrage.

Learnt a lot from England this week. Not a fan of Southgate to start with – he’s living off that World Cup with half the stars of the team (people forget we lost 3 games and the 3 teams we beat were Panama , Tunisia and Sweden, but we did win on penalties), back to the point – he has favourites. Sancho not in the 3 who broke social distancing and their dropped from the squad, but one of his men in the three has saved them all. Should’ve been sent home like Foden and Greenwood, to hammer it home to the squad.

Pope is better than Pickford. There’s no discussion there.

Aside from Kane, Grealish is our best player, has to start. We have no one else as strong, creative, direct, tricky. There is a reason he’s fouled 16 times a game. He’s decent. Very decent.

Coady should be vocal point of the defence. A leader, strong, good header of the ball, what we need whilst Gomez and Maguire have been dreadful at best of late.

Big Dom is Harry Kane 2.0 and is adequate replacement when Kane tires after 70 in the games that kind of matter or against a San Marino, Moldova, Estonia who we will inevitably only beat 4-0 when a Germany would put 11 past them.

Ings, has got a lot of goals for Southampton, and a good finisher but first half when not through the middle, looked out of place,

Not up to speed. Through the middle though he’s just scored a overhead kicked with no one around him from 6 yards, but he’s 3rd choice at best so do we take him? Mid table prem side at best.

And my mate Ben can back me up here…until 61 minutes when he got hacked down and Levitt got booked didn’t even know Winks was in the squad.

Luck of the Irish

So Ireland have just bowed out of the Euro playoffs in a penalty shootout to Slovakia. It was a game we definitely did not deserve to lose however and despite it finishing 0-0 it was probably one of the best away performances from an Irish side in years.

It was so good because we took the game to Slovakia. Usually for Ireland to create something its from a set piece or a long ball or a kick and hope to our one lonesome striker.

However since Stephen Kenny has taken over we are playing possession based controlling football, for periods we were camped in the Slovakian half and all of our chances came from our own good work, moving the opposition out of place and then looking for a killer pass.

Our squad now looks to have options, our back 4 of Doherty, Duffy, Egan and Stevens are playing in the Premier and Scottish Premier Leagues, Hendrick looks a new player at Newcastle, McCarthy was controlling the game brilliantly before he got injured and the front line is a mix of different options from the imposing McGoldrick to the tricky Aaron Connolly.

Kennys teams have a reputation for expansive football and he seems to have given the confidence to our boys in green now to take chances on and more importantly control the ball.

Despite not qualifying for next year’s tournament I feel that this Irish team is on the up, moving in the right direction and on more than one occasion during the game, getting us up of our seats.

Keep up the good work.
Robbie DFC
*ranked 37th in the world, only 36 more places to go

…For a relatively small country one might say that qualifying for 2 major tournaments over the past 10 years is not a bad return. But the way in which we qualified for those tournaments was far from impressive.

Trapattoni brought Ireland back to a tournament at Euro 2012 via a play-off win Vs Estonia after 10 years of failure under Brian Kerr and Steve Staunton and a gut renching World Cup 2010 play off which we don’t like to talk about. However Euro 2012 we got the group of death with Croatia, Spain and Italy and lost all 3 games (remember Spain and Italy contested the final that year).
Progress seemed to continue under Martin O’Neill. He and Keane looked to have a good partnership and we navigated our way through some big games against Germany and Italy and resulted in a respectable exit at the hands.of France at Euro 2016.

Fundamentally though this result is the end of multiple years of negative football under Trap, Martin, and Mick, who’s time was cut short due to COVID-19. Tight at the back, long balls and “put em under pressure” will only get you so far.
Mick ultimately picked up were O’Neill and Keane left off and our failure to qualify automatically from a relatively easy group for Euro 2020 epitomised were Ireland have been over the last decade. We only scored more than one goal in a game once (against Gibraltar at home).

Kenny needs time (it’s been about 6 weeks let’s remember) to implement the style and we have some solid players and some exciting young attacking talent in Connolly, Parrrott, and Idah. Disappointing result tonight of course but this is not the end of Ireland, if anything it is the begining of something much more promising. We haven’t won under Kenny yet but we have been dominating games. We went away to Slovakia and had all the best chances and the majority of possession – traits in past years we have never had. There is a footprint here for future success.

Perhaps I am a hopeless romantic and I just want Kenny to succeed because he genuinely wants his country to be a good team. But I wholeheartedly believe that we have a young playing network that are talented and want to play for their country and a manager who will guide us into tournaments once more.

Andy (Side note that I also believe a Brexit deal will still happen so….)

Gary B should go have a word with his bank cause what he’s described there is basically a mortgage. When I bought my flat, the bank gave me a loan and secured it against the flat I wanted to buy. I am liable to pay the loan and I can do that however I like; including through earnings I can generate from the property (capital growth most likely, but rent also an option).

The only difference between Glazers buying United and the purchase of almost any other business is that football fans have a, sadly unjustified, sense of ownership of the football club. Just because vociferous fans don’t like it, doesn’t make what the Glazers did any less of a common and (arguably) sensible approach to buying a business.

…Gary B. That is exactly the way a mortgage works.

You borrow money to buy an asset i.e. a house. If you fail to pay then the house belongs to the company who lent the money.

When you sell the house and as long as it’s looked after you will be able to pay off the loan with the plan being that the reducing debt due to repayments and the increasing value see’s the overall asset become bigger.

It’s not the fairest of examples as a house doesn’t directly generate income. Maybe a buy-to-let is a better example. Buy a house, rent it, use the rent to pay the mortgage.

Manageable debt is just fine in a business, it’s tax efficient. Without debt then the profit would simply go out in dividends to the investors, the end result ultimately would be the same as it is now.

The Glazers and their business model really isn’t the problem.

All this whining about Man U this, Man U transfer that is getting tiring, it’s currently a sh*t team and won’t get better. How about talking about Everton, top of the league, and led by one of the most beloved and admired coaches in Europe. He is also quality and he does it stealthily. No media noise, all football. Everton are definitely my surprise team this year, just like Leicester did last year before Covid ruined their season, I think Everton are going to be special this season. Top quality manager, a balanced squad, and very good players.
Dave(If last season was disappointing due to Covid, this one promises to be positively exciting), Somewhere

Dino, that is simply not true. Anonymity gives a freedom that face-to-face communication does not, in many ways. Among those who seek to attack, it allows for an amplification of severity. Among those who act in defence, the same is true. For a multitude of reasons, many people are fearful of expressing their true opinions – particularly in this nation of stiff upper lips. Be that the racist who quietly seethes at the woman in a hijab or the person who witnesses racist behaviour yet stays guiltily silent, being present affects communication. This is a sad reality of the world we live in. You have almost certainly done it. I know I have. Most of us can undoubtedly recall a moment that haunts us, when we wish we had spoken up. And I think we can all agree that, had the same scenario played out on Facebook, we would have piled straight in.

As someone who has been vindictively cruel when angered, I do not say this without including myself: anger is not an excuse to treat someone like a c**t. I do not agree that freedom of speech should mean freedom from the consequences. Actions bring reactions.

“And when fans are hurt by the results, by the players that they feel don’t care about said brand as much as them they get angry, and wish to hurt them back. So they post dumb insults on social media.”

Hate speech is not just ‘dumb insults’. To dismiss it so is to exemplify privilege. To disregard another’s experience because you don’t regard it as problematic isn’t right. Being a man who finds it incredibly hard to accept when I am wrong, it has taken me a long time to realise this. And I will never understand how it feels to have hundreds, thousands of strangers attack me because of the colour of my skin, my genitals, or who I like to rub them against. So instead I will try to support those people when they need it, and to listen when someone asks for help. If that help requires the censorship of social media, then I support that too. Despite being vehemently opposed to most forms of authority, and completely distrusting the political system of this country. Because so far, the ‘well we just need to educate them’ approach isn’t working. Just ask Raheem Sterling.

…Please can we stop referring to social media as social media? All you’re talking about here is twitter. The vacuous cess pit of ego.

So stop blaming it on social media. Blame it on the tw*ts on twitter.

Social media is controlled by you and your friends. Twitter is not social media, it is armageddon media.

There are many writers who can explain this better than me but I know this: Twitter is Not indicative of our society and if something happens on twitter IT IS NOT F*CKING NEWS!

Sorry for sweary capitals but people really need to make the distinction between social media and twitter.

“put it down, stay off the phone while being president”

I have therefore voted you all for president.

Whenever I read the mailbox lately, I’m just reminded of this Mitchell and Webb sketch.