Home Mailbox Is a new anti-racism gesture required before the Euros? 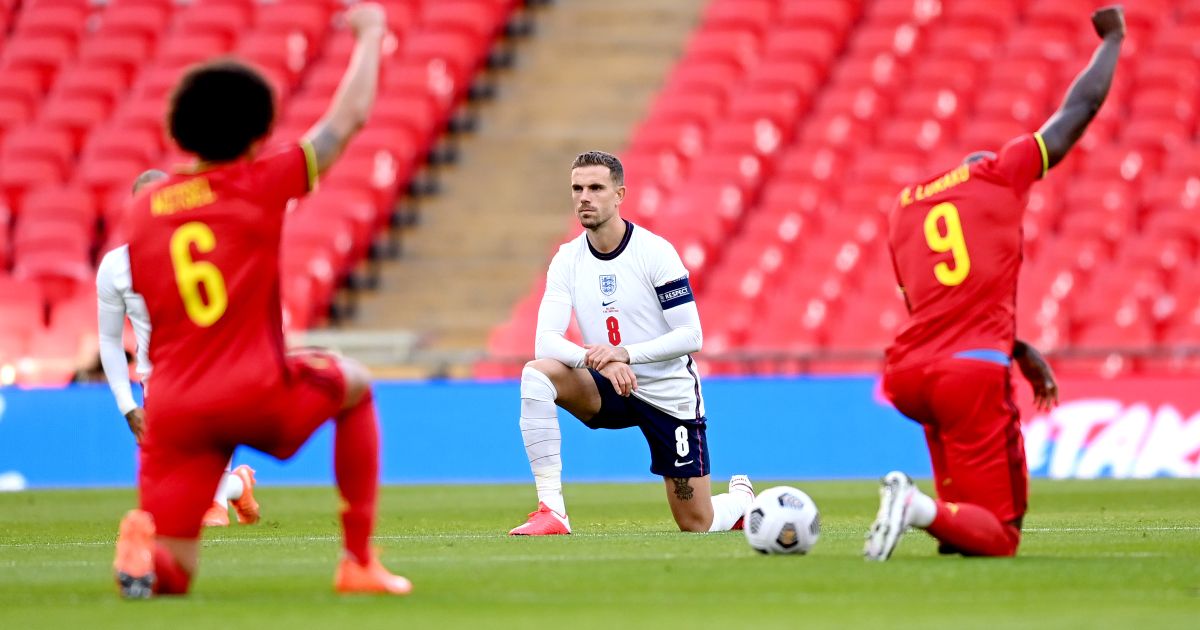 Thanks for your mails on England, racism and the Euros. And about the football occasionally. Keep your mails coming in to theeditor@football365.com…

Football isn’t apolitical you’re just cowards
After reading Johnny Nic’s piece on the England national team taking the knee before matches I decided, in a particular burst of foolishness to read the comments. They would almost have been funny if it wasn’t indicative of just how bad the problem with racism is in football and all of society forever. Although there are legitimate grievances you could have with taking a knee, Wilfred Zaha made some reasonable points and gestures like this aren’t enough and often let people feel like they’re doing something to fight racism while really doing nothing of value at all and letting racism continue unabated. This is obviously not the point of the booing racists however. They’re just fucking racists.

The main point of me writing in though is how many comments I saw saying that football wasn’t political. That is was something that united people of all beliefs and so politics should be kept out of it. Now there are two types of people who think football is apolitical. The first of these is people who are just under informed. A lot of well meaning people simply lack knowledge of politics and how it interacts with stuff and would probably realise that football, like all things is inherently political if they read a book or something. The other group, who I believe are in the majority are much worse. They are the cowards, wilfully ignoring the politics at play in sport. From the racial biases in how the media covered Raheem Sterling, Marcus Rashford being a bit of a hero, all the sportswashing carried out by middle eastern oil billionaires and all the fucking racists in the stands. That’s without even looking at the class aspects with billionaires playing with clubs to get more money such as with the super league, and ordinary working class people fighting back against that greed and winning. Under any basic examination the political dynamics at play here are glaringly obvious. Association football was born after protests and riots from unions won workers a weekend and they started founding clubs for something to do with their new found free time. Everything about football since its inception has been political. And if you’re ignoring that and arguing that we should accept the racists in the name of unity, despite the harm that consistently befalls their victims, you’re a coward. There’s nothing else to it.
Conn, Ireland

Johnny Nic: Marxism? Booing the knee is about just one ism

…A couple of quick questions to all those who boo-ed the players taking a knee because it is political or marxist etc.

If, instead of taking the knee, the players invented their own anti-racism gesture to be used exclusively by footballers and no-one else, would you…

Passive racism is still racism
I am totally with thayden and his rant.

For the others using the lame “I don’t understand the difference between…” (name any race or misogynist issue) it is code for I am racist or misogynist and want to play the passive aggressive game.

Same for those claiming the ‘knee’ is all about US racism. It isn’t. There are many instances of protest movements that have spread around the world. It would be like saying that the ‘me too’ movement should only be used in instances against say Harvey Weinstein and not female sexual abuse and harassment in general. I am sure the same person who says the UK isn’t racist would say there is also no sexual harassment against women.

Racism and misogyny exist in the UK as it does in most countries. It doesn’t mean everyone is automatically bad or tarnished but does mean we need to be aware and think about what we say and do now or may be perceived by someone impacted by these issues. I know if I grew up black I would likely be dead by now as I would be pushing back hard. On the other hand, I can say that as growing up white I would have not been constantly pressured to muzzle my thoughts and words.

The ‘knee’ simply asks those who are watching to consider what our young people, as most of the players are, go through to get where they are. Watching hatred and abuse meted out towards Sterling for years by many of the red tops – oh so clever in making it ‘funny’ – while fawning over Foden doing the same things ( and even when he did worse getting a bye) shows how racism is subconsciously ingrained into many people – who will shout from the rooftops they are not. Then boo England’s young black players and say they are really only against some political agenda.

It would be nice to watch an England game without worrying about faux politics, hooliganism and now anti-anti-racism. Just worry about the game actually being played.
Paul McDevitt

Clearly Greg you aren’t a person of colour or someone who has researched racism bias and inequalities in the UK. here’s just a few things to consider before repeating that sentence again.

If you’re black in the UK your chances of being stopped and searched by police are 31 (per 1000) if you’re white it’s 4. That’s despite their being far more white people in this country.

Every single police force in the UK has an arrest rate of no less than 20% for black people and no more than 20% for white people.

Or how about the fact that white children are 3 times more likely to achieve higher grades at a – level…now before you say that’s down to the student think about what you’re saying. If you’re saying it’s not a racial bias then you are saying that black people in general are lazier/dumber than white people…which sounds pretty racist to me.

Just some things to think about when claiming England is racially equal.
Lee

…Greg CFC Herts….there’s always some white guy (I presume) who writes in to tell us there’s no racism issue in England. How would you know you absolute wally? Just engage your brain for six seconds and think about why you’ve not experienced racism and thus don’t think it exists…maybe it’s because you’re a white male?

Let’s steer away from personal experiences (I’ve had plenty) and focus instead on;

The enormous rise in hate crime post Brexit; virtually all towards Asian people and Eastern Europeans.

The fact that having people with ethnic minority names have to make 60% more job applications before they get jobs.

You may also think it’s inconsequential but Older Brits were raised by parents who saw Blacks as slaves. There was an innately negative stereotype that continues to permeate through the media (why are Black people always depicted as criminals in films?) and you can always rely on Murdoch’s news empire to stir up hatred for the Muslims.

So Greg CFC Herts…I’m jealous of you for thinking there’s no racism issue in this country. It’s probably easy to think so being a white guy who prefers to bury his head in the sand.
Minty, LFC

…Hi Richard M, The difference is that Zaha doesn’t take the knee because he doesn’t agree that its a good way to combat racism. That’s his prerogative. I didn’t watch Palace alot last year, but pretty sure he didn’t spend the duration of other people kneeling actively booing them for doing so…

By contrast, the people booing are doing so because they’re racists trying to counteract an anti-racism gesture.

It’s a case of six of one on the one one hand, and an obviously-not-the-same example of large scale racism on the other.
Andy (MUFC)

…For Richard, because he doesn’t seem capable of making the distinction.

Fans booing taking the knee are cowards and racists, because they are unable to take the time to educate themselves or show empathy for black footballers to understand why they may be taking the knee. They are also scared of the red under their bed. There is also a strong likelihood that those booing are likely people who have in the past, or currently do use casually racist language, are likely to have supported the football lads alliance movement or have a deep rooted hatred of socialism/Marxism and liberalism, or both.

Maybe in your bizarre world Richard, Zaha just agrees with the booers and thinks that there is no racism in society, and that all those people kneeling should stop being in thrall to a bunch of cultural Marxists, woke brigade do-gooders, and those booing taking the knee think it doesn’t go far enough in trying to eradicate the shit stain that is racism in society.

It’s really not that puzzling, Richard. You’re one slippery step away from being part of the problem..
Mat, beating his head against a wall, Liverpool

How to tell the racists
Before the match make an announcement from the FA (preferably with prominent players speaking) saying that the gesture is purely a gesture against racism, and in no way shows support for the BLM movement whose violence they totally disavow and want it to be crystal clear that they are not endorsing. They don’t even have to disavow the ‘Marxism’ (although they probably should disavow notions like ‘White guilt’ and ‘White privilege’ and ‘White passing’ (a term that gets used so they can be racist towards mixed race people and certain Asians because they ‘look’ White whilst rationalising that they aren’t being racist because you can’t be racist towards White people) and other similar terms).

Then, anyone that continues to boo? Probably racists. Given that the likes of John Nicholson are so sure that they know what the people who are booing are thinking, what reason could there possibly be not to do this? Their point will be proven beyond doubt, surely?
Jon, Bridgwater
P.S. I get the feeling that most of the people who think being against BLM automatically makes you racist have never read any of the popular authors whose ideology permeates the movement (such as, say, Robin DiAngelo). Maybe, instead of claiming that everyone else is the ignorant one, people like John Nicholson should actually investigate the movement he is supporting? 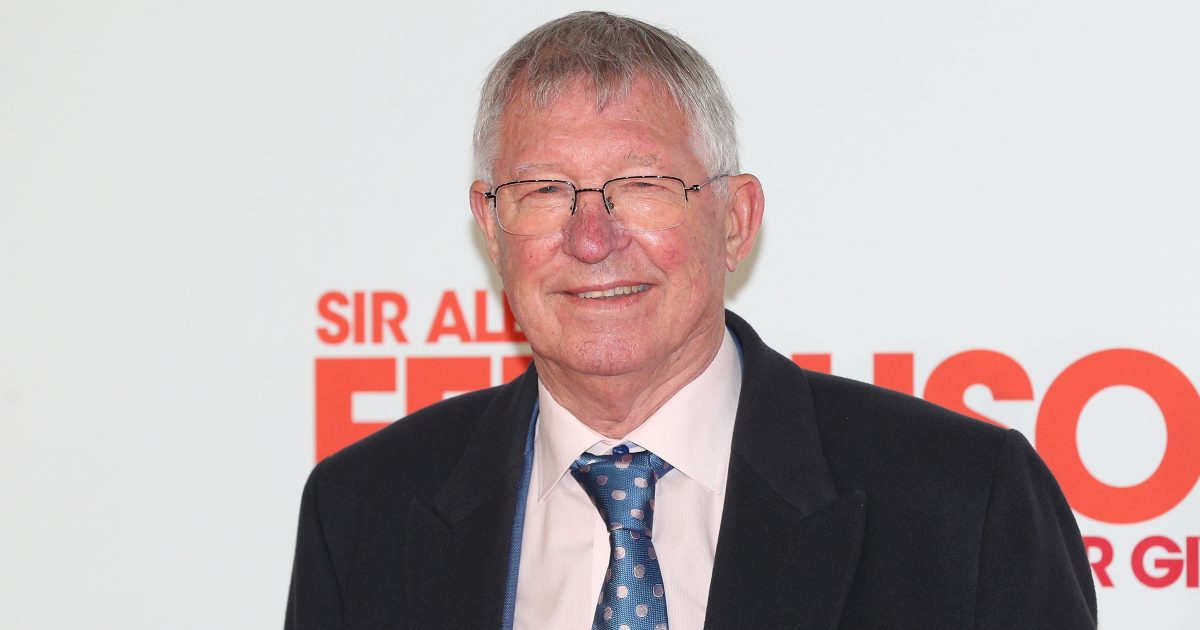 Feeling for Fergie
I finished Sir Alex Ferguson: Never Give In tonight on Prime.

I’m shocked and saddened at how much more I admire the man now than the grudging respect I used to have for him.

Well worth a watch, even for a Liverpool fan.
Somerset Dave (the bastard)

I’m sure you lot can do better.
Thomas, MUFC (jokes – ST: Aguero)