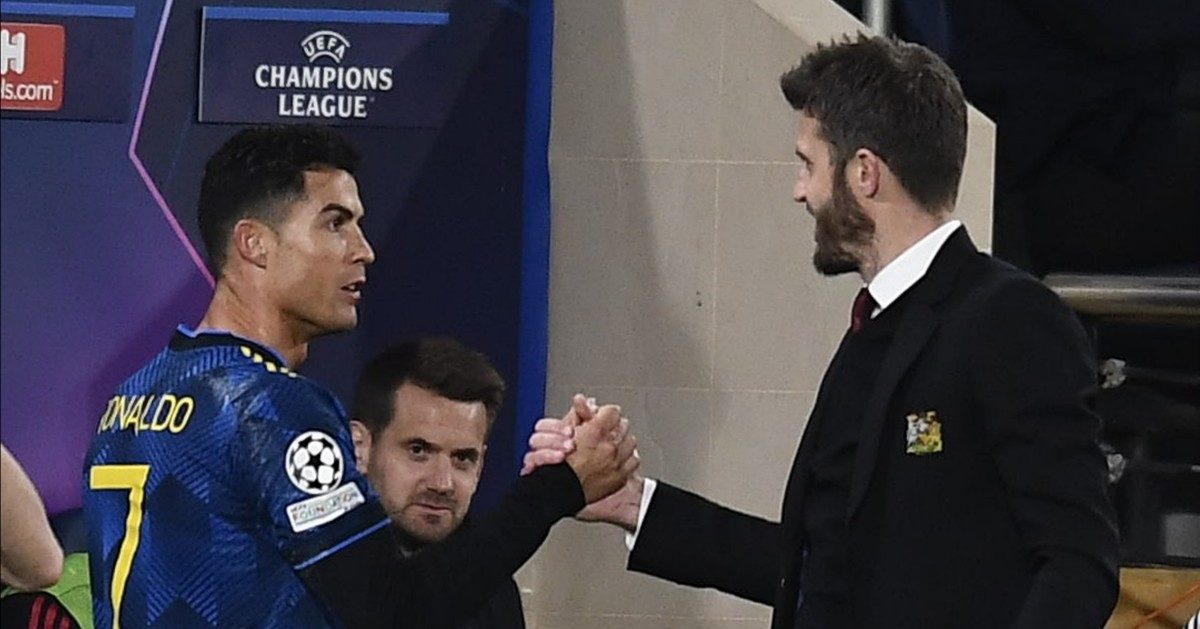 Some Manchester United supporters fear history repeating itself after Michael Carrick started with a Champions League victory and clean sheet.

Send your thoughts to theeditor@football365.com, won’t you?

Mike’s at the wheel
It’s been 12 hours since the United match and I’m still not sure how I am supposed to feel. Delighted that United won the match thus qualifying for the knockout stage or filled with dread that Carrick will now be made permanent manager.
Adeel

An impressive away win in the champions league.  A great former player with the club DNA in his veins. Give Carrick a 5 year deal. What could go wrong?
Schlomo Jenkins

Carrick is at the wheel.
DC, BAC

The king is dead, long live the king.
Alex, Ayr

Carrick is going to win the Champions League isn’t he??
Robbie DFC
*All the United stars online praising Ole while not bothering their arse for him is hilarious *

We don’t need no Thomas Tuchel

We don’t need no Jurgen Klopp

No Brendan Rodgers on the touchline

Chelsea smile
When you inflict Juventus with their biggest defeat in Champions League history you must say you’ve had a good night, some lovely goals, an overall top class performance and yet another clean sheet.

As this season plays out I’m slowly starting to believe that this team under Tuchel is a special one, I never thought the Mourinho side of 04/05 would ever be challenged especially in the defensive department but this 2021/22 vintage are showcasing they could just take that crown.

Reece James in recent games has been another level also, the comparisons with Trent Alexander-Arnold will be made, who is better? For me the answer is who cares because I don’t, I know that we have a top class fullback who we are be lucky to have, sometimes debates are pointless and you have to appreciate that we get to see two top class players in one position for their country.
The Admin @ At The Bridge Pod

Mauricio or Erik
Selecting the next United manager should be the least of United’s worries at the moment. Over the past few years, key positions have been filled by either ex United players or filled from within when it was clear that those already at the club do not have the requisite expertise.

John Murtogh as Director of Football, Darren Fletcher as Technical Director, Carrick as part of coaching staff are just a few of the examples of people given key positions simply because they were part of the old boys club.

Clearly, a major overhaul is needed. From Ed Woodward, to a reputed Director of Football, Technical Director, manager and even coaching staff. The “United way” was an experiment inviting disaster and so it has proved to be the case.

On to the managerial search. United need a proven elite coach and there aren’t many that fill the bill. Guardiola, Klopp, Conte, Tuchel, Nagelsmann are among those considered to be truly elite but are obviously not available or expected to be available soon. Same is the case with Hansi Flick who will not leave the German team nor would Simeone leave Atletico.

That leaves us with Zidane, Pochettino, or Erik Ten Hag. Zidane has had incredible success but Real was a unique project and it remains to be seen whether he can replicate that success in a different environment. So it comes down to either Pochettino or Erik Ten Hag and United should look to do whatever is needed to get either of them as their new manager.
Adeel

Captain slog
The question of whether Maguire should remain captain keeps recurring in my mind. With Maguire as captain, United’s performances and results have been poor. It is also becoming increasingly apparent that many senior players continue to be unhappy with his appointment as captain. Maguire was Ole’s very first signing and Ole promoted him over more senior players, a situation which resulted in discontent right from the beginning. It is my fervent belief that a new more effective captain will bring harmony to the team, improve performance and achieve results.
Professor (Dr) David Achanfuo Yeboah

Ole is not the messiah
Whilst it does seem that Ole is in general not a d*ck I would like to play devils advocate with regard to some of his behaviours that perhaps might temper the over-the-top, hyperbolic outpouring of emotion for this ‘poor little guy’. Based on column inches, phone-ins and comments over the past 3 days you’d think he was the modern-day male embodiment of Mother Teresa.

He seems to have gone out of his way to jeopardise/ruin the career of Donny van de Beek. DVB’s omissions would be excusable if Utd were carrying all before them but given their current season form DVB’s exclusion appears to be little short of vindictive.

Jesse Lingard got his career back on track away from Old Trafford and quickly showed Ole was wrong to snub him for so long. Presumably Ole gave him assurances in the summer that he would be given a fair crack if he stayed. I imagine Lingard agonised over what to do but ultimately took Ole at his word. Ole has totally put him away and derailed his career for a 2nd time.

Ole clearly realised he was out of his depth this season. He knew after the Liverpool game he couldn’t cut it and Utd would be better off in other hands – it is obvious if you watch that post-game interview back. Yet he held on and held on and held on and did not act in the best interests of the club. Why? So he could get the pay off. Money more important to him than the club he professes to love.

The self-serving interview he did on Sunday was nauseous and self-indulgent. It was unprecedented and just served to push his own agenda as a saintly figure.

Don’t get me wrong – I’m sure Ole would be a nice enough guy to live next door to. Pleasant chats over the fence, he’d let you borrow his strimmer etc.. but let’s not kid ourselves that he is the second coming!
Banjo, Prague

Spurs finances
Bearing in mind how often we are told that Spurs have the highest match day revenues in Europe, it came as a great surprise to see the news that they have reported a pre-tax loss of £80.2m for the financial year ending June 2021.

It’s sounds like that Kane money could’ve come in very handy. It’s a real shame that his 1 goal in 12 Premier League games isn’t enough to maintain his value come January. That said, it doesn’t sound like they’d be able to afford a replacement anyway.

It just goes to show that if you don’t have other revenue streams to complement match day revenues, as the likes of Man Utd, Liverpool and Real Madrid do, you’re pretty much screwed.

Super League thoughts
I’m always up for chewing the fat on the critical talking points of the day, so here’s my thoughts on how the Super Mega Rich League of European Superclubs could not only exist but actually make the league(s) better.

Any club who joins the club can play Super League without affecting league status, and still compete in Champions League / Europa League / Audi cup (subject to qualifying) without FFP or whatever. Do what ye want – it’s basically a league for club owners with no financial limitations. Have unlimited subs and golden goals (please bring it back!) for all I care…

However, entry to the Super League comes with the caveat that those teams must, for all league and cup games (including Champions league) field a squad (including wages) which cost no more than the average squad in the same competition.

Stay tuned for my latest thoughts on Italia ‘90.

The wait goes on
Place your bets:

When will be the next mailbox that doesn’t mention Ole ONCE.