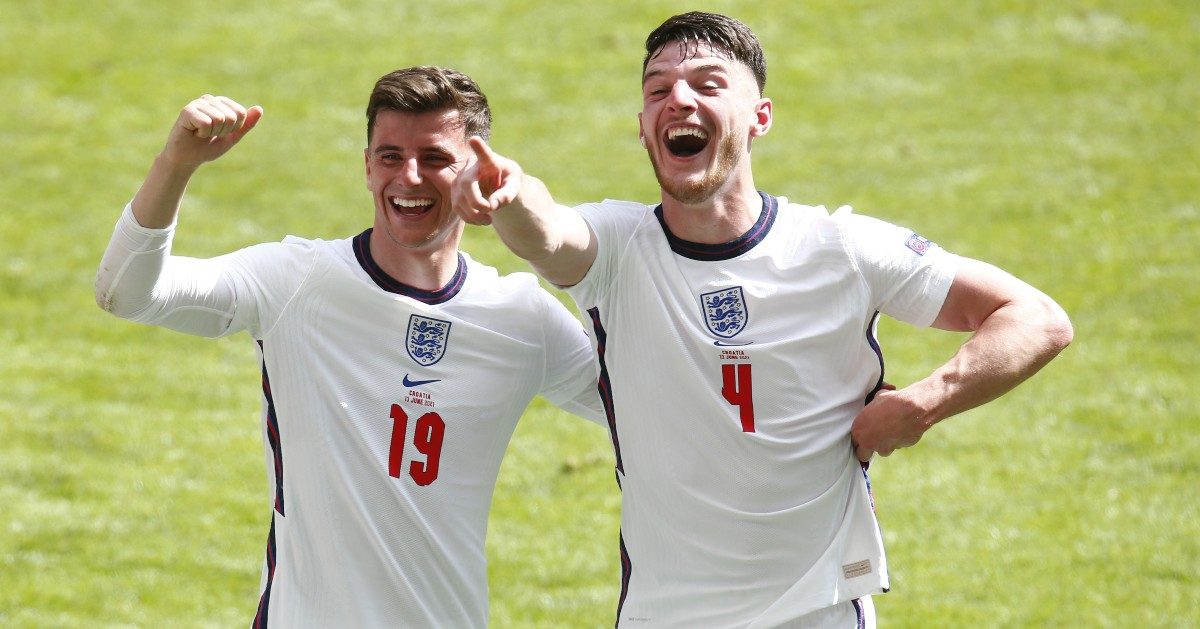 Send your thoughts on Paul Pogba, England and more to theeditor@football365.com.

Didier Dyche
Watching the French National team play Germany, it dawned on me, this is what it would look like if Sean Dyche was appointed manager at an elite club. You see Mbappe, and Benzema, and Greizman, and Pogba and you think, this team should be banging them home for fun. Instead, you get them riding out a win after an own goal, or scoring from a set play and then shutting it down like against Belgium at the last World Cup.

I guess it is hard to argue with the results, but I always leave France games feeling like it could have been so much more entertaining.

BREAKING: France are better than England
I fully agree with the praise lavished on France by Winterburn, they were absolutely excellent and could easily have put a humiliation style beating on Germany.

The reason France looked so good and so dangerous going forwards is because they have fast wide forwards, like England.

And because France have a lethal creative focal centre forward, like England.

And because France don’t play a holding midfield player whose only function is to sit in space and eventually pass slowly to someone else who might do something with it. When France had the ball they did things other than pass between the back 6 and wait for Mount to escape the 4 players free to mark him.

You didn’t publish my last mail sent during the England game, but I absolutely stand by it.

Declan Rice did absolutely nothing all game against Croatia except safely and slowly keep possession. Which is nice. You claim that meant Phillips could go forward sometimes. Which is nice.

Last night Rabiot, Kante and Pogba ran that game against Germany as they were a midfield, not a 5th central defender and an anchorman with license to go forward.

Kante is completely unique, but how he plays isn’t. Phillips absolutely can fulfil that task to the best of his abilities, with Bellingham and Mount to play as normal human midfielders. I don’t think that’s a midfield that’s better than France, but it’s absolutely comparable. I’d choose the hugely under rated defensively Bellingham over Rabiot for example.

I honestly have never been quite so unimpressed with the fawning  party line taken by the media in general and F365 in particular about England in our last game. We were ok, but it was a… cowardly selection and performance, and totally unnecessary with the talent and strengths our squad has.

France play to showcase their strengths.

We played to hide our weaknesses.
Tim Sutton

Pogballer
So France have handed Germany their first opening day defeat at the euros. Not that France outplayed them, just created more high quality chances. It was a game of attacks and counters, very similar to the champions league final just that Germany showed more intent than man city did.

Mbappe is very dangerous, very, very dangerous. Kimmich did well and was the standout player in a game where Germany created only two chances of note, one Gundogan miskicked, the other, Gnabry should score. Griezmann was everywhere, he was the one clearing corners, making blocks, harrying and harrassing, but I didn’t see much of him in attack. Kante was silent, maybe because Griezmann did the job for him but not his usual dominant version.

But the main man has to be Paul Pogba, he created almost all France’s chances including the disallowed goals, except maybe Rabiot’s amazing chance where he should maybe pass to the free Griezmann. He was active in defence, often winning it back and starting counters. He had one of those games that he has everyday for France but once in a blue moon for man utd- there was no use pressing him- one man won’t do, maybe even two and with France sitting so deep especially in the first half.

His ball retention and further creativity was a golden asset, and he didn’t give this performance against Hungary, he did it against the mighty Germans. He is a special player, if all it takes is a DM to unleash Pogba, man utd should be out there begging for DMs.
Sa’ad (that long pass to release Benzema was THE moment of quality of the game, I thought Germany lacked that; mainly because Kroos was not at it)

It must be hard for Man United fans to watch Pogba put in a performance like that last night. He was everywhere, all legs and power and quality on the ball. The pass with the outside of his right foot to Hernandez that led to the goal was exceptional.

It just shows what we we’ve all known is that Pogba is a quality baller, he however lacks the one thing that will separate him from the best in the business, desire, the desire to to that every game, thats what makes the world class players, well world class. Imagine how brilliant the Premier League would be if we have a Pogba doing that every week.

Portugal. The Men
Cristiano Ronaldo is my favourite player and as a result I’ve supported Portugal since 2004. The performance and result last night were fantastic but I’m still walking away from this game pissed at the commentator. Pep? Bernard Silva? And the other commentator not correcting him is an accomplice to this crime.

As far as football related conclusions go. The Portuguese squad has everything you want. The depth is amazing. No Cancelo and Ricardo Pereira and they still field Semedo as their Right Back. Four talented subs used and Felix wasn’t one of them. Physicality in Pepe, Dias, Danilo and Carvalho, workhorses in Jota and Silva and world-class difference makers in Fernandes and Ronaldo.

Getting a little giddy. It’s going to be a great tournament. England better hope this Portuguese side doesn’t finish second in their group.
Hakim, Sri Lanka 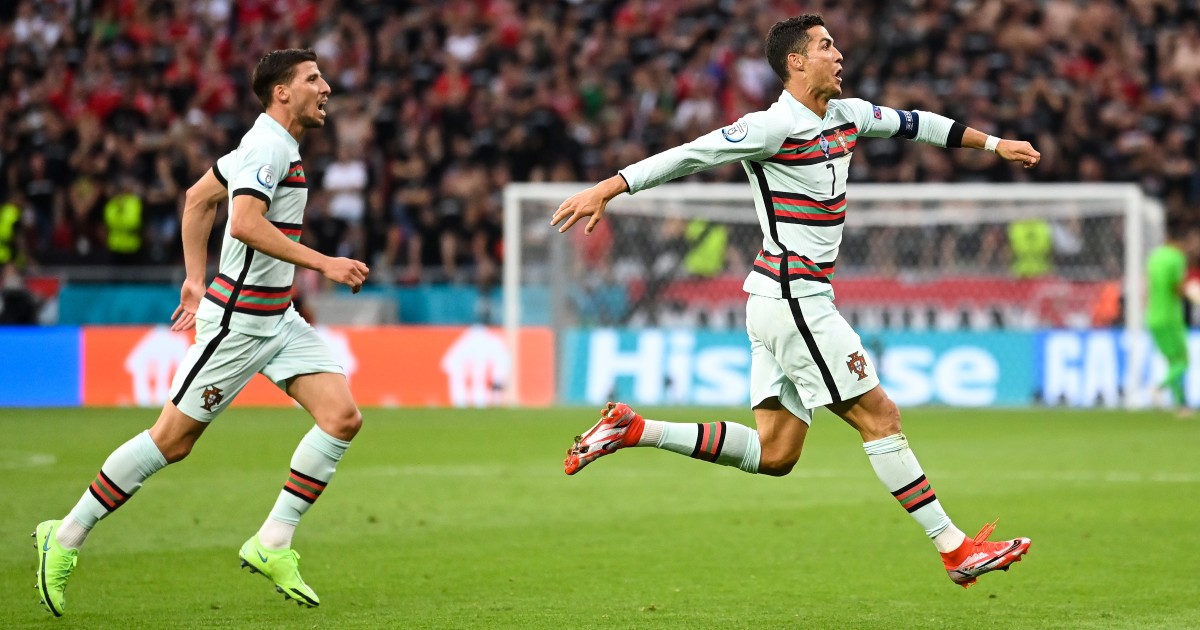 Speedy Clive
When Clive Tyldesley on the commentary likens Mats Hummels being one-on-one with Kylian Mbappe (an admittedly fast footballer) to Clive himself getting in a race with Usain Boult (the fastest known individual in human history), isn’t he actually insinuating that he, Clive, is significantly faster than Hummels?

I mean, Hummels is slow, but that’s harsh…
Andy (MUFC)

England are Manchester United
Let me preface this by saying I don’t like watching England. Haven’t since 2003. It’s very rare that I ever watch them. I think England are over hyped and Def won’t win any major trophies. I sent an email not too long ago saying that.

However my gf wanted to watch the Croatia game so we did watch it.

I don’t know why England fans were so upset at this match. They were physically and tactically superior for 60 mins. I’m using the word superior purposely here too, I mean it. Croatia were unable to string two passes together largely because of England’s pressing and marking. It was a superb display of discipline for that 60 mins.

Going forward they were creative and attempted a variety of different methods into the box, mostly succeeding.

It was a good performance. The only downside is Kane. I genuinely forget he was playing until he won a freekick around 70 min mark. Not what you want from your “star player” he needs to stop dropping deep in my opinion.

Seriously England fans, chill out. England aren’t man city, they’re never going to batter teams into submission. They’re more like man united. They can win by sucker punching and using speed on the wings, probably still won’t win a trophy because that tactic only works against some teams but then you SHOULDNT be expecting to take home the trophy.

Plus side. This young England team has enough talent to possibly win a trophy in next 4 or 8 years.
Lee

Pav it
Pavard gets a bang to the head and lands without protecting himself –  a clear sign that he’d been knocked out. Yet, “les frères qui rigolent” think some ice water on the back of the neck is fine to get him back on? Even with a proper head injury assessment, letting him play on was a terrible decision that could have ended very, very badly.

The support shown “by football” to Eriksen is meaningless unless player care is taken more seriously.
Rob Franklin.

VAR complaints are back!
What is going on?

Hungary defender pulls the Portugal attacker back with his arm. Penalty correctly given but no red card because the defender was making a genuine attempt at the playing the ball apparently. How are you attempting to play the ball when you pull someone back with you arm?

Hungary rightly get a goal disallowed for offside then minutes later Ronaldo is half a yard offside in the buildup to his second goal and nobody even mentions it.

Then Rudiger bites Pogba. He bites him. We have VAR now guys. He literally bit him.

Then Hummels goes through the back of Mbappe to get the ball. It is so clear that he makes contact with the man before the ball. Yellow card and penalty clearly. The ref missed it but VAR will sort this out – it’s what it was designed to do. Oh, ok. Well at least they will pick this up in the studio. What? Are they blind? It’s clear to anyone with a functioning brain that he got the man before the ball, why has nobody mentioned it?

So many bad decisions in the space of a few hours when we have VAR to make sure it doesnt happen.

Luckily the right team won both matches but what is the point of VAR really?
Adonis Stevenson, AFC

It’s not just me right? Rudiger “nibbling” Pogba’s back is weird isn’t it?

I’m hoping UEFA investigate – not because I want him banned particularly – I really just want to know what was going on inside his head.
Ben (London)