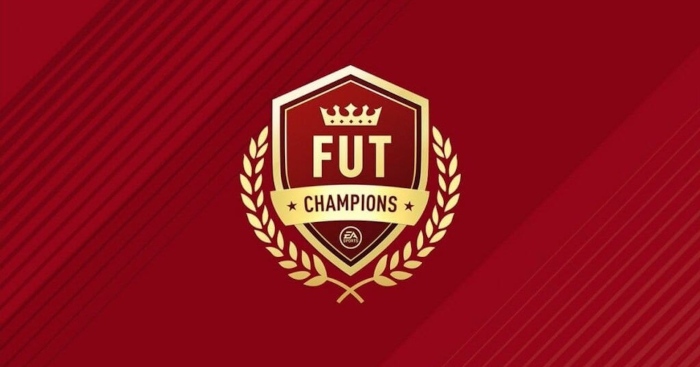 FIFA has a game mode called Ultimate Team, basically fantasy football for those of you who don’t know of it which can be done completely free of charge, you don’t need to put any money into it, only your time and hard work, and believe me it is hard work. The high majority of the FIFA community is completely vile, toxic and they love to show it, those who play know how they do it but this is not the main point in my email today.

During “Promo” events these 125k packs are rife and they contain the best percentage chance of “packing a good card” so you hit the purchase Fifa Points button and think oh its only £30 and for that £30 you can only open 1 of these “Ultimate Packs” so you think Oh I will just chuck another £20 on and then I can open 3 so before you know it you have spent the cost of the entire game chasing the best packs. Because you do actually get something for your money EA get away with it not being labelled as gambling but lets face it, it completely is.

I got suckered in big time this year, more than any other year, I have in the past thrown £30 a month on and left it at that but this year I have spent thousands of pounds on these packs, it has put me in debt with my own credit cards and any spare money I have had has gone on this game, even money I DONT have I have thrown down the toilet basically.

My parents gave me their credit card for emergencies and I even used that too. I have had to get my payment details removed from my PlayStation and asked a friend of mine to change the password for me so that I don’t put any payment details on again.

This week i have seen that there has been a petition to try and get Ultimate Team made into an 18+ mode and for Packs to be made a gambling item and I really hope that it gets passed.

I am not even that good at the game, it makes no difference if you have the 99 Messi or a free Daniel James card they just put out recently, if you aren’t very good having these top level players wont make you magically better.

Some Youtubers really don’t help the cause, one guy put 1 million FIFA points on his account this year, That is £6,600 worth, on a game!!! Kids see this, watch the videos and think wow, i can do it too, not just kids, adults like me at close enough to 40 years old that really should know better.

But the truth is, when you see that pack open and you get a “Team of the Year” player worth 4 million coins it is a massive buzz similar to a scratchcard win, or a lotto win, it really is. There are no warnings from EA Sports, they actively encourage it, why wouldn’t they though they are a business and if poor saps like me keep ploughing good money into their pockets why would they even want to stop.

It needs looking at but someone in authority, and I can imagine plenty of people will think, well it is your own fault, you deserve all the misfortune you are getting, and they are right, but addiction is a weird thing, you dont even realise you have one until it is too late.
Anon

… Martin “SWOS King” Ansell is spot on in regards to getting information from podcasts and media, the amount I listen to has changed over the past 2 to 3 years, however I feel that listening to these has improved my view and knowledge of the game I love, also I prefer to hear from a well informed journalist on these podcasts than just a random footballer who has now got a job as a pundit because they played a handful of games in the Premier League for a couple of years.

He is also spot on with FIFA in regards to to the part about gambling, as an avid gamer myself the “Lootbox” debate is one I’m passionate about, and with recent court cases being brought against this gameplay mechanic in France and Belgium we may see it removed from games entirely, which can only be a good thing, but in regards to SC, Belfast’s view on how FIFA has changed the views of people on who is the best in game and how that bleeds into reality is also quite true.

Quite often I have heard and seen on various forms of media how players are the Meta or a “Beast” because of how they perform in FIFA, ones over the years that come to mind are Chris Smalling, Gabriel Jesus, Leroy Fer and M’Baye Niang, now don’t get me wrong some of these players are quite decent, some not so, however nowadays it does feel that some younger fans will suggest players who are great in FIFA who should be looked at by their club to sign, if that logic was true then why on earth did Manchester United choose not to sign the likes of Emmanuel Emenike, Víctor Ibarbo or Jack Butland? They are FIFA Ultimate Team legends.
Mikey, CFC (If you’re a defender and have low pace you’re unlikely to be included in many teams on FUT)

Ref’s retort
Reading the story of Jonathon Moss’s lack of respect reminded me of the best comeback I ever saw from a ref to abuse. It was an Isle of Man division 2 reserves game, when one of the management team from the sidelines shouted “you’re sh1t ref”, and got the response “if I was any good I wouldn’t be refereeing this, would I”. Cue laughs from players and sidelines and no further grief.
John B (isle of man)

…In response to Dave Moore: If their account is accurate, Gosling & Bournemouth would be well within their rights to issue a complaint against Moss (which they haven’t officially done yet) for several reasons:

First & foremost a referee needs to be impartial and shouldn’t be enjoying seeing a team they’re officiating struggle, let alone so brazenly. Moss has failed in the most important aspect of his job.
So what if some players give the referee lip? A referee is in a position to rise above that and has cards in their pocket which they can use to combat dissent. A player has no such protection and any kind of reaction would land them in hot water.

Is there any evidence that Gosling or any of the other Bournemouth players have been guilty of giving Moss abuse? I sincerely doubt that if the club are suggesting that recordings of the referees mic are listened to.

It’s a referee’s job to keep control of a game, by winding up the players on one team he’s increasing the potential of a reckless challenge or some other kind of confrontation.

What kind of football fan expects players embroiled in a relegation battle to take such behaviour with a pinch of salt? Bournemouth know what kind of trouble they’re in without the ref being a prick about it. If he’s making comments like that are they going to think he’s giving them a fair crack? Credit to Bournemouth for not trying to make out that Moss’s behaviour contributed to their defeat, but I doubt that will have been far from the players’ minds at the time.

I’m sure in the coming weeks we’ll find out just how much grounds Bournemouth have for complaint but one thing’s for certain, if a referee wants to command respect from 22 emotionally charged footballers, having snide digs at them isn’t the way to do it.
Glenn, SWFC

Viva virus
Lots of big events being cancelled at the moment due to health concerns about the Coronavirus, this begs the question….If the premier league 2019/20 season were to be cancelled in March, would FC Liverpool be awarded the title due to their 22 point lead ? and could they be considered legitimate champions ? or would all results simply be made void and the 20/21 season started from scratch ?  Just imagine how Liverpool supporters would react to that.
Nick, Harlow

Just a thought. Hopefully this never happens, but… let’s say a Premier League player gets coronavirus and he was only discovered after playing two matches or so, and the authorities put the whole Premier League into quarantine for the rest of the season with 10 matches left and 30 points to play for.

Now Liverpool are ahead probably by 25 points from Manchester City at this stage, and the title deservedly goes to them. But, there will always be the question of ‘if’ because it would still be mathematically possible for Manchester City to have caught up and Liverpool’s title win would always be a little bit tainted.

Anyway, just a ‘what if’ scenario.

Grealish price
Just been reading Grealish may leave Villa for £60-70 million in the summer, and Chelsea are set to sign Ziyech for £40? Ziyech has an assist every other game and double figures per season for the last 6. Grealish is decent dont get me wrong but the world has gone mad.
Jamie, LFC, Dublin