Home Mailbox Does Grealish deserve to be most expensive British player ever? 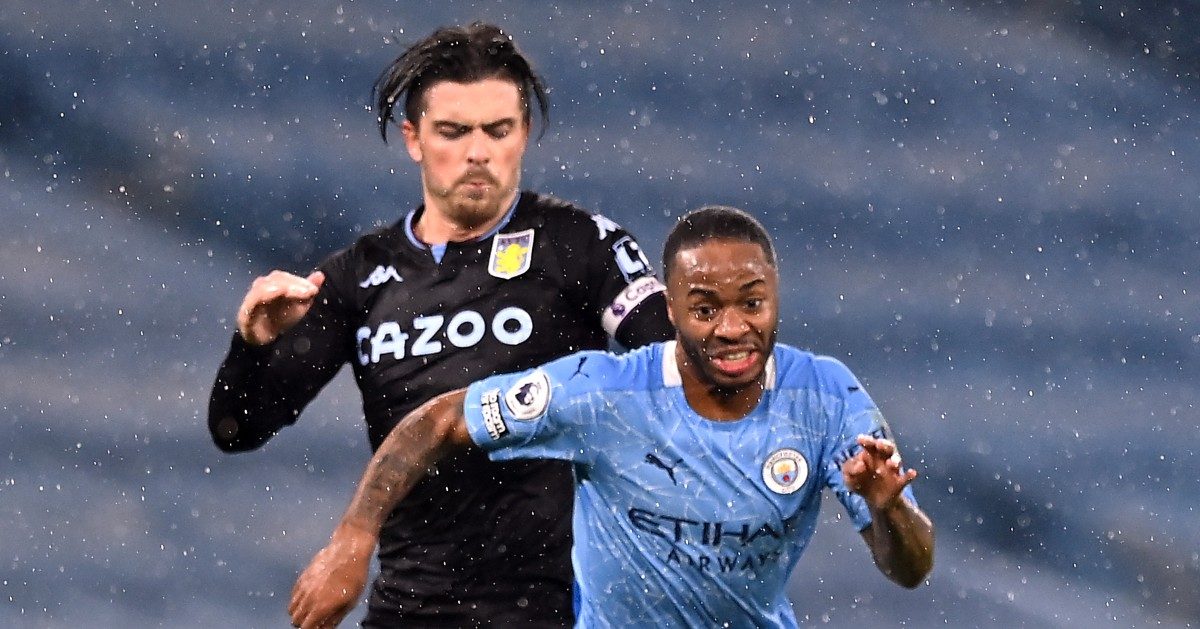 Send your Grealish thoughts to theeditor@football365.com

Grealish fears
This Grealish business worries me.  Firstly, and unless there are players going out of the door that we don’t know about, I can’t see what he will bring to the party that we don’t already have.  That is to say, not at the asking price being quoted.

He’s an outstanding, and I repeat outstanding, player but a £100 million one?  Really?  A guy that’s struggled to get in the England team and who scored something like six or eight goals in total last season?

I’m not saying he won’t be an asset to City, it’s just that I’m struggling to get past the idea that he deserves to be the most expensive British player ever.  That there is, literally, no other available player in the whole world who can do what Grealish can do.  Any Villa fans (or any others) out there who can convince me I’m wrong, then please do.  I really would welcome it!

What worries me the most is the notion that City are breaking the previous model of paying the right price but not silly-money marquee prices for players.  See Sanchez, Maguire et al.

IF the signing happens, and IF it’s for a record-breaking fee, then Jacky Boy better hit the ground running, because the scrutiny and pressure the lad will be under will make the Pogba circus look petty in comparison.

I trust the club hierarchy and I know Guardiola really rates him but let’s not forget that the Club also stand to be a laughing stock if this all goes south.  For all the money City have, I never thought we would be the Club to break the transfer record.  I just don’t get it.

Worried about Arsenal
I watched yesterday’s pre-season friendly against Chelsea and saw the same problems that dogged Arsenal the whole of last season with barely 2 weeks to go and no sign of any rectification.

The club currently still lacks a proper right back, Bellerin has his heart set elsewhere and it showed in his game that notwithstanding he has been on a downward trajectory for a while. We risk having a Southampton reject as a first choice right back. The center of the pack again looked lightweight. It’s one thing to be dominated by a midfield of Pogba and Kante  but it’s another thing to make Loftus Cheek look like a prime Iniesta and Kovacic look like prime Pirlo.

Partey had his moments but Elneny shouldn’t be anywhere any team with ambitions of staying in the premier League let alone fighting for European places. Our failure to solidify our midfield could be the clubs biggest oversight. Severally Loftus Cheek walked through our midfield and when we had the ball there was no rhythm.

Why Arteta insists on playing Aubameyang on the left side of our attack is beyond me. Four/ five years ago I would understand, as he had the pace to beat his marker, at this moment I can’t understand what he brings to the team. We go into the season with no left sided attacker. The only genuine wide players Arteta trusts all prefer to play from the right and have looked uncomfortable playing on the left. For a coach that plays a low lock why isn’t he in the market for a genuine ball carrier?

The mistakes were still there gifting several chances to Chelsea. Unless Arsenal seriously dip into the transfer market and rectify some of the glaring holes it will be a very long season.
Arthur, Nairobi

Socialist utopia
If they abolished transfer fees, and if you brought in wage caps, most players would still want to play for a big club, given the choice.

Why? Because (ignoring the chance for sporting glory being greater, which is a factor too) it would still be in their financial interests. Why? Because Nike, Pepsi and, of course, Nivea for men, will throw more money at players who play for Man Utd and Liverpool than for Bradford City or Luton Town. Unless John’s fantasy wage cap is going to be applied to the entire capitalist system… which may be outside the FA’S jurisdiction?

John’s idea would be terrible for smaller clubs, who would still lose their players to the big teams, only not get a return on their investment.

The only people who would want a wage cap are the owners. The only people who would want to get rid of transfer fees are the big club owners. Why on earth is John keen on a salary cap anyway. It would just lead to a greater hiving off of wealth by owners. Players should get their cut of the money they generate – like the workers controlling the means of production – should be right up John’s street that.

John’s point about clubs’ wages being unsustainable is a valid one, but his solution – tearing apart global capitalism and replacing it – is, arguably, a step too far, and reasonably unlikely to see being implemented in the real world. John’s probably one of those socialists who would’ve rather had a perpetual Corbyn opposition never getting close to power, than say the words “New Labour” aloud…

Maybe start with enforcing the actual rules about financial fair play, and go from there?
Andy (MUFC)

However they seem determined to re-sign Rice and right that particular wrong.

West Ham – meanwhile – appear determined not to let him leave, and as a Hammer I understand why.

HOWEVER… we desperately need a CF, a CM, and CB and have already been linked with Zouma & Tammy. Throw in RLC and you might just have the perfect part-exchange deal of all time.

Especially when you consider that we could then use current transfer funds to boost the squad required for European football and sign  Milenkovic, Kraal and Perreira (Jesse isn’t coming back)

It won’t happen, but on paper it seems to make sense and would be a hell of a transfer window for WHU. Instead, we’ll sign Phil Bardsley (Sob)
RA, Cockney in Sydney

Net spend
Interesting looking at your net spend article even though I usually hate the scousers mentioning it.

However, what often gets lost in the conversation is how Liverpool have done it and also another club that may have done it even better.

Liverpool have been quite shrewd and successful in who they buy but where they have really excelled is in getting good prices for players surplus to requirements. On googling player sales I was surprised to see they weren’t the best at this. Chelsea have made about 200 million more in the last 5 years so their tactic of hoovering up talent and loaning them out seems to be funding a lot of their purchases. They did of course let go De Bruyne and Salah so there is room for improvement.

The other thing that isn’t added to net spend is salary wastage. While Liverpool have successfully got rid of players surplus to requirements for 10 or 20 million utd have players like Phil Jones on astronomical salaries – utd have a lot of improvement to make but that is an area where Ole visibly excels from Jose as he praises those on the fringes (pereira, lindgard etc) while Jose undermined everyone. We should have let those 2 mentioned go for free but now they actually have some market value, I just hope utd let them go for a reasonable price to further their careers rather price them out of the move they deserve. Others, we should pay half their salary just to move them on.
Jon, Cape Town (I am a utd fan so it’s not nice to praise the scousers)

Leicester won the league having never won before. They have since established themselves as a serious top 4 contender but definitely not threatened the top.

Liverpool won their first title for 30 years and have since returned to being a serious top 4 contender.

Was Liverpool’s title win a case of all the stars aligning for them like it was for Leicester and now we’re back to normal? Alternatively, how far away from challenging again do you think they are?
Jon, Cape Town (A pommie so didn’t enjoy the rugby yesterday)

Lessons from The Hundred
I had the pleasure of watching the Southern Brave men and women’s cricket teams triumph against the Birmingham Phoenix on Friday. For those who aren’t cricket fans, The Hundred is a new city based competition where the equivalent women’s fixture preceeds the men’s fixture at the same venue. So on Friday it was SB women v BP women at 3pm followed by SB men v BP men at 6pm.

I was wondering what people’s thoughts were on applying this concept to football competitions? I appreciate there would be logistical issues and some women’s and men’s team don’t necessarily play in the same league. However, what’s stopping certain fixtures being played on the same day? For example the Manchester or Merseyside Derbies could be played directly prior to or after the men’s fixtures.

Obviously long term the women’s game should not be in the shadow of the men’s game and the FA have been hugely successful in growing it in recent years. However, in the short term could this add a boost by acting as potential gateway for new supporters and offering further exposure to the women’s game?

Also, the TV coverage has been fantastic. With 5 minute coaching snippets, such as Jofra Archer explaining fielding drills, forming part of the normal coverage. I’m sure any aspiring young footballer would rather watch Ward-Prowse explain how he sets up for free kicks or how De-Bruyne passes/crosses a ball rather than listening to Graeme Souness moan about Pogba’s 10th haircut of the week during Sky’s 5 hour build up to games.
Nick (Manchester probably edge any city based football competition) Southampton

All past players are underrated
To reply to Ash, Henry was world class. Sadly, people forget how good he was, they just remember the legend not the actual ability.

I was a kid when Cantona was strutting his stuff, but I watched some clips recently and was agog. He was so much better than I even recalled, all the more so now I have other players to compare him to. His skill, finishing, the tricks. Just mind blowing. And Henry was the same, with pace and a touch and finish to rival the very best.

Messi has done incredible bits while playing for a top club built around him. The things he can do are stunning, however that might have come about. However, when away from support that he’s been a lot less amazing.

More reasonable a comparison is CR7, and while the latter deserves his world class tag for being amazing every where he’s played and for his frankly unbelievable longevity (he sets the bar for professional dedication), at their peaks I’d be struggling to pick between them.

And I think that says it all.
BadWolf