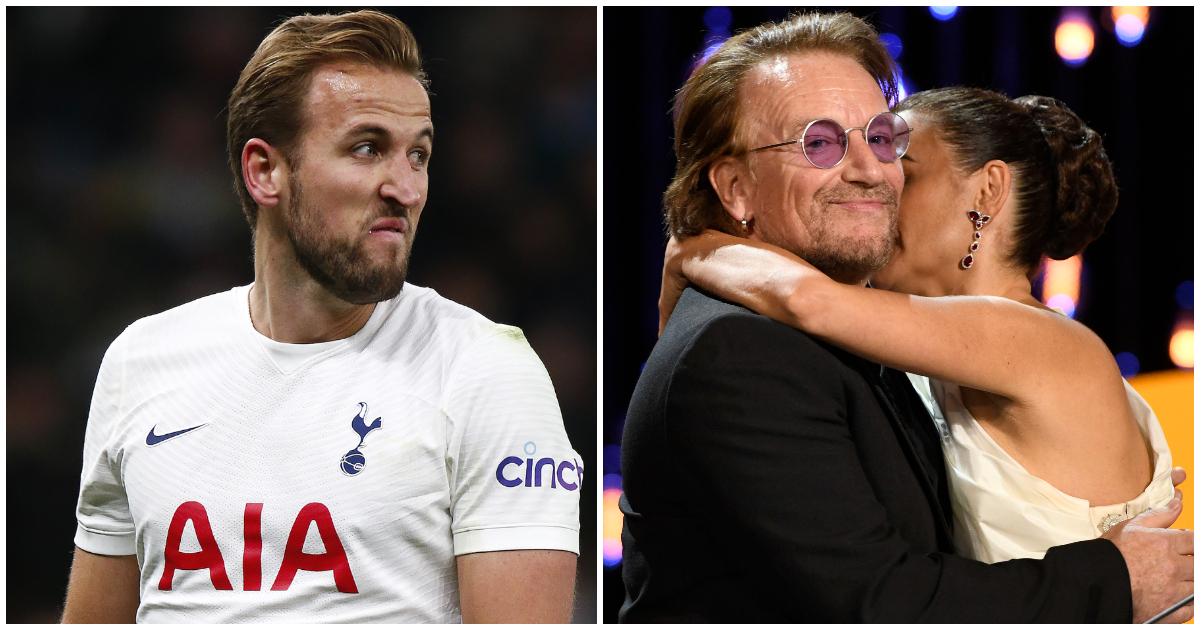 We made it through another international break! Celebrate by sending us an email: theeditor@football365.com…

Not one of your own
Harry Kane is the best England striker I have seen in my life time and I could argue ever.

There seems to be a lot of revisionism around Rooney lately which surprises me. The guy was dine at club level by 2013 and at international level by 2006 yet he is becoming more and more reverred. Harry Kane is simply better than him.

Add in the fact that outside of wanting to move to a bigger club there have been 0 controversies around the man.

The only reason I can suggest that people hate him is because he isn’t one of their own and its fashionable to dislike the opposition. Anyone who tries to convince others otherwise just needs to stop.

Also Spurs fan, I think some perspective is required around your club. When Levy took charge you were lower mid table fodder. Under his guidance you are now top 6 regulars, with a world class stadium and world class players cross the pitch. But yeah Levy out.
Dale Leeds

…On the hating Harry Kane thing, I suspect it’s a bit like Bono.

He does lots of great things, seems like a nice enough guy, but for some reason you can’t quite put your finger on, somehow winds everybody up so much that they end up actively disliking him.

I think South Park covered the Bono thing to an absolute tee – it’s a good thing they know nothing about English football else I expect Kane would get the same kind of (sh*t)kicking.
Bladey Mick (Does Bono have a totally crap brother too?)

I was struggling to explain NFT’s to my football fan friend and suddenly a textbook obvious example crystallized in my head: Paul Pogba!– Virtual item that has no actual use in real-life– something to flaunt only in social media, not in real life– external bodies assess the high worth of the nft, but when one actually tries to realize the worth, one realizes it may not be worth all that much.– Generates more publicity than utility– owners of the nft are still trying to figure out, of what use is an nft– NFTs’ main uses for now seem to be to troll or flaunt on social media– are NFTs even real? Because all we see is the virtual “asset”Don’t get me started on the other Man U virtual footballer NFTs such as Donny vdB, Ant Martial… etcMan U is certainly a pioneer in digital currency and NFT. All hail Ed Woody!Gab YNWA

Ole’s performance appraisal
Even as a Man Utd fan, I’ve gotten sick of the “Ole In / Ole Out” bipolar swings, so having just gone through my annual appraisal at work, I thought I’d offer a different spin that has, I hope, a little more structure to its approach.

Trophies – C
OGS is the first manager since Moyes I believe to have NOT won a trophy. Assuming this is the ultimate benchmark, he has clearly failed. In fairness to him and the evaluation, there are only so many trophies available and Liverpool, City and Chelsea seem to be hovering up most of them, so his track record of a few semi-finals and finals are not that bad. It does not matched expectations but does reflect reality.

League Position/Progress – B
I do not beleive there is a MUFC fan alive who believes we deserved to finish second last season. The away form was an anomaly and may have had a lot to do with the lack of crowds. I doubt there is a fan who believes we will finish higher than 4th this season.

Style – F
Perhaps one of the most fundamental issues, OGS has designed the team to maximize pace with fast counter attacks. This is ok for a mid-table team but the elite teams are more likely to face defensive teams who will reliquish ball possession. United are clearly unable to exploit this. While Liverpool, City, et al have developed styles to address this situation, MUFC more closely resemble my local pub team, with 5 or 6 players wanting to play up front and unwilling to track back, leaving a sub-par defense exposed.

Maximizing Potential – F
I can’t honestly think of one player who has improved under OGS. In fact they all seem to play much better when they are NOT playing for MUFC and playing for their national teams. Fernandes was lighting it up before he came to MUFC (which is why he was bought in the first place!) and even he has gone off the boil.

Player Development – F
OGS may spout all the right soundbites regarding “youth is always given a chance at this club” but the reality is, when push came to shove, he turned to his senior players, exemplified by a forward line of a combined age of 70! No youth player has broken through since OGS took over, as Greenwood was already on the verge of the first team. (on a side note, I can’t for the life of me understand what the fuss is about him. It seems his only skill is two step-overs then a shot).

Player Recruitment – C
For every Fernandes there is a VDB. Even the positive acquisitions have either not been played much (VDB), played out of position (JS), or are injured a lot (EC/RV). On paper the recruitment has potential but this is not the game FM!

Tactics – D
If you put enough talented individuals on the field, every now and then they do something amazing and win you a game. But I doubt, if pressed even Gary Neville could tell you what tactics are bieng deployed. Case in point, MUFC currently possess two of the games most lethal goal poachers and headers of the ball, yet have no one who has the ability to cross the ball accurately. What’s the plan Stan (Ollie)?

Charisma / Pulling Power – F
If you were a hot commidity at the moment, would you genuinely go to MUFC so that you could develop under OGS? Would you instead prefer to under Klopp, Guardiola, Tuchel… the list goes on and on.

So why is OGS still there? In my opinion, it boils down to one thing – he provides the owners with a stable and profitable revenue stream. As long as he maintans that (e.g. making the knockout phase of the CL, chance of a top 4 finish in the league), he’ll be retained.

So, for a change of pace for anyone sick of hearing about MUFC, maybe you can conduct a similar analysis on your club!
Adidasmufc (Or maybe he’s being kept on simply to acquire Haaland!)

Diving defenders
This has been annoying me for years but writing only now for 2 reasons. 1) the quite correct calling out of Harry Kane for being a pre-eminent cheat and 2) that it seems to have become worse every season, and who can say if it’s anything to do with one Spanish manager that rhymes with Shep?

Defenders that dive. Why is this not considered cheating in the same way as attackers who dive to gain an unfair advantage? Has anyone ever, ever seen a defender being booked for that oh so frustrating cheat move when the defender is under pressure at the back, and simply turns his back on the attacker and throws themselves to the ground? Vidic was an absolute master of the art until he met Torres.

It’s so obvious and infuriating and yet I can’t remember a single example of a ref who bothers doing anything about it, not to mention the assistant referees who are invariably standing 3 yards away. I thought VAR was introduced to overturn clear and obvious errors, now what could be a clearer and more obvious error that is easily picked up on replay?

Either cheating isn’t OK full stop, or it’s OK in some instances, in which case it would be nice to let us know. If the second worst crime in football is to wilfully prevent a goalscoring opportunity then it’s bizarre to let defenders do that just because they’re under pressure near their own goal.

Even though the personnel could be the same, Tuchel plays with aggressive wingbacks – de facto midfielders – with a focus on creating width and overloads high up the pitch.

Southgate rarely lets his full-backs cross halfway – Shaw in the first 10 mins of the Euro final was an aberration and Tripper (particularly at left-back) and Walker generally added no attacking threat.

Another core difference is attacking midfield. Tuchel essentially plays with two No.10’s with the wingbacks providing the width. Southgate plays with wingers, which gives the wingbacks nowhere to go.

Three centre backs is a defensive formation – on a like for like basis with two centre backs, you add an extra body behind the ball, usually at the expense of a forward.

However, with England’s abundance of attacking talent, the Chelsea 3-4-3 could work very well for Southgate. He has a group of outstanding wingbacks available, and the attacking talent at 10 is increasingly out of this world. If he ditches the double pivot anchor, allows the wing-backs to cross halfway, and instructs Pickford not to twat the ball away under pressure…it could work, really well.

No more Trippier, no more Rice/Phillips anchor, a little less Mount, and a little more Bellingham and these guys could really be world-beaters.

Unseeded Euro draw
I was interested after reading Johnny Nic calling for an unseeded totally random draw for European qualifying to think what would that actually look like, so I ran a draw through a random number generator and came up with these qualifying groups. I’m not sure this is a great advert for the concept.

Ole and combined XIs
F365’s recent article on how Ole would manage each of the big 6 and the usual articles on best combined 11 got me thinking how would Ole line up a best 11 of United vs Other big 6.
Few rules:
1: Ronaldo is a must, either as a CFwd or LFwd
2: The combined 11 would be representing Man United and should follow the patented “Ole’s United way of Playing’ (which means 3 forwards, 1 No.10, 2 DMs, and back 4 and English >> Others, Passion and Hardwork >> Talent)
3: No stats please, stats boring

Salah gets in as RFwd. Ronaldo as LFwd, Firmino as False 9 (though I am tempted to still keep Cavanias proper No. 9). Bruno as No.10 DMs: Self Explanatory
Based on current form Robertson gets ahead of Shawberto, VDK and Varane get in, and Ole would 100% favor AWB over Alex-Trent-Arnold
Keep Allison over De Gea any day (except when they play West Ham.)

Noway Lukaku plays again for United or Ole or both, and I think Rashford is better than most (fit) LF options Chelsea has (they have way too many No. 10s). Havertz gets in over Greenwood (though I would prefer to see Ziyech in a United Jersey)
Bruno as No.10 DMs: Self Explanatory
Chillwell over Shaw (on current form) CBs are self explanatory (no one wants Maguire) and James as RB because he is probably a better defender overall than AWB , plus has much better attacking output. And Mendy seems to be better than De Gea overall

For Forwards, you can pick any 2 to work with Ronaldo (wonder who’ll work though?, will KDB would as false no. 9. playing alongside Ronaldo ?)
At no. 10 lets be honest, Ole picks Bruno (just ask VDB).
Gundogan would be too attacking option for Ole (just ask VDB), so Rodri and Fernandinho
Shaw over Zinchenko, Dias and Varane, and Walker over Cancelo (too attacking for Ole, plus I doubt Ole will ever play Cancelo at LB)
Ederson >>De Gea

5: Arsenal:
Ummm, does Xhaka still play there? I honestly don’t know much about Arsenal
so maybe just squeeze in Saka, Xhaka and whoever is their next Walcott ?
Rahil, MUFC, India (Wonder if anyone would combine United vs their team 11 with the perspective of their manager. Surely someone will have room for Van De Beek, Pep or Klopp? Maybe ? Please ?)