Home Mailbox How to tweak a perfectly fine handball law, and other mails… 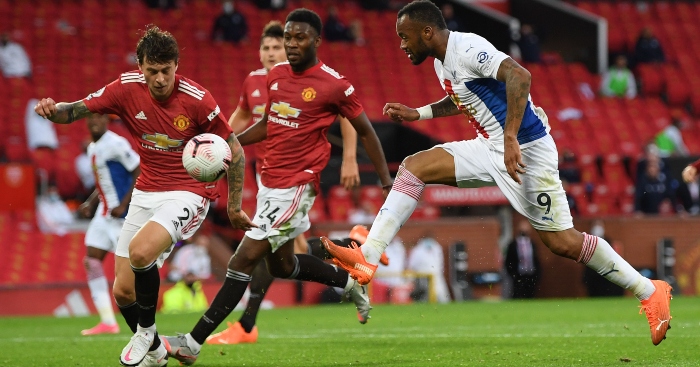 How to tweak the handball law

From what I have read, I don’t think there is anything wrong with the hand ball law. To me any change that seeks to remove ambiguity is a good thing. The ball hits your hand or you play the ball with your hand it should be a free kick. The issue is that football values its method of scoring more highly than any other sport on the planet so for a penalty to be awarded for an accidental hand ball is certainly unfair. Hockey has a similar rule, you cannot play the ball with your feet and any time the ball hits your foot it’s a free hit. At almost every level of hockey the ball hits player feet alot! What hockey does differently to football is that if the ball hits a defenders feet in the goal box a penalty/short corner is awarded. Essentially this is an indirect free hit as the ball has to be passed to another player before a shot at goal can be made. Giving the defensive team a chance. The only time a penalty stroke is awarded is if a shot on target hits a players feet.
So (at the risk of causing heart attacks in PFMs all over the world) I repeat I dont think there is anything wrong with the handball law as it stands. Simply change the sanction, unless a shot is directly heading for goal the refs should award an indirect free kick for handball in the box. Defence still has a chance to defend and some ambiguity has been removed. (Added bonus refs still have discretion to decide if the shot was on target, and we will have something to argue over!)

When I read Mat’s letter about Liverpool having the best second XI I almost spat out my locally-sourced Chai latte all over my trusty Lenovo notebook (unfortunately I still managed to spill some on my corduroys).

I presume he was being sarcastic as there’s no way any real football fan in good faith could reasonably look beyond Man Utd for the strongest supporting cast in the EPL:

That’s a solid EL-qualifying team and you’d be hard-pressed for any other club to beat that as a second-string lineup.

Now excuse me whilst I put my corduroys in the wash. I needed to wash some towels anyway, so it’s no hardship.

…Right time to deep dive into Chelsea’s squad and see if we can flirt with the bottom half of the Premier League with our second XI as Mat gave us Liverpool’s Second XI yesterday in the mailbox, I was quietly confident with the summer of spending we have had that we could field a quite strong second XI, naturally Kepa is third choice goalkeeper because he is, so those at the back can stop laughing now, thinking about Chelsea’s first XI is not as straight forward as i first thought due to injuries right now, but this is a first XI with everyone full fit and who i believe Lampard would select in a 4-3-3 formation.

This feels a very realistic first XI, as like Mat’s Liverpool picks you could argue about a couple of choices, but this is the XI I have gone with for now, based on form, who would start when fully fit and last season’s consistent performers, Azpilicueta just misses out because he hasn’t started as much as last season.

Overall I would say that is not a bad second XI at all for Chelsea, you could easily swap Kante and Jorginho around, same with Ziyech, Havertz, Mount and Hudson-Odoi, again multiple players could be argued for and against being in one XI over the other, in fact you could argue that after recent reports regarding Marcos Alonso he may never play again for the Blues, if so just put Emerson into the side instead, I would like to hope we would be mid table with that second XI.

Our back up options would include Billy Gilmour, Malang Sarr, Olivier Giroud and if we are to include players currently out on loan I would select Conor Gallagher, Marc Guehi, Ethan Ampadu and Tariq Uwakwe.

I am sure the mailbox will be full of these “Second XIs” well I hope so as I think many Premier League squads could offer a good second team, naturally teams like Manchester City, United, Spurs and Arsenal come to mind, but I would argue that even teams outside of the top six such as Everton surely have a strong squad depth, Wolves on the other hand seem to just have enough players for a standard match day squad, but that is just how Nuno likes his squad to be, not very good for this game if second XIs though.

…In response to Mat (Liverpool)’s e-mail about the best second XI in the Premier League, there’s an obvious contender – Man City.

I know City like to mix up their first team a lot, but assuming everyone’s fit, let’s go with what could be a typical starting XI:

Again, this isn’t necessarily their best team but it’s not an unreasonable guess. Now their second XI:

I think this stacks up quite well against Liverpool’s – admittedly I’ve had to be a bit creative by playing Ake at LB and Zinchenko in midfield, but you could arguably swap them. Whilst that defence would probably give City fans nightmares, the forward line is probably better than a fair few teams in the league.

Chelsea would possibly be another decent shout for a second XI – although imagine how many goals they’d concede!

…Mat, Man City has the best second XI and like Liverpool many of the players are interchangeable

I’m sure Minty can speak for himself, but Andrew goonerabroad Brown translating Minty’s question “has anyone had a more difficult first three games?” as “noone ever in the history of football has ever had a harder first 3 games” takes some special anti-Liverpool tinted specs. It’s pretty obvious Minty was asking if anyone else has had a more difficult start this season (than playing the bookies’ 3rd, 4th and 9th favourites for the title, who have only dropped two points in their other six games combined).

On a grammatically related note, perhaps Andrew can be cheered up by the old Groucho Marx joke: ‘I’ve had a perfectly wonderful evening. But this wasn’t it.’ I think it was Groucho that said that, but then again it could have been Lacazette.

My most remembered was Ronaldo [not that one] who had done all the work, and his shot was already moving rapidly toward the corner.

Nani just had to pop up at the goal mouth to knock it in.

Peeeeeep. Goal chalked off for Nani being in an offside position. I’ve never seen Ronnie so livid with rage, ever.

Even though Portugal were winning 4-0?

It’s almost like they just made up a number…

President Trump's tax returns reveal how "Apprentice" fame gave him a $427 million lifeline and a myth that propelled him to the White House. https://t.co/CnnNqF3f5O