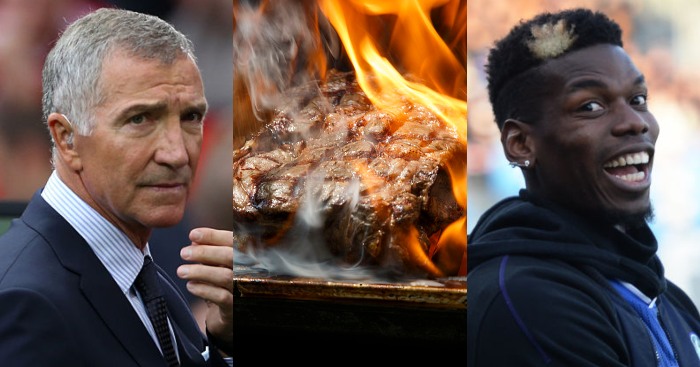 Send your thoughts on Kyle Walker and anything else to theeditor@football365.com

Harassing the man is not correct, I will agree entirely with Steve and Aaron’s sentiments there. I sympathise with Walker’s mental health struggles; many of us are finding this new, isolated way of life ever more difficult to deal with. I would put my hand up and say that I, like Kyle Walker, am starting to struggle with this and I feel I’ve adjusted as well as most.

As a society – as a species even – we’re all finding it extremely tough. I live alone and have barely seen anyone I care about for around eight weeks now. It sucks. It’s bad for your mental health. I get it.

Does any of that fully absolve Walker though? Let’s call a spade a spade: his actions were selfish and broke rules designed to protect the health of others, himself and the National Health Service.

Walker has broken those rules more than once now. It is an obdurate response to the crisis that is frustrating and worth highlighting for criticism. It’s a flimsy excuse to pardon flouting lockdown rules entirely because he’s finding things difficult.

There is a middle ground to be struck: Walker should hardly be taken to the village square and flogged, nor should he be entirely excused for some poor decision making. The best response should be to empathise with and educate him, not to vilify or make a scapegoat of him.

The rules are the rules. They are RUBBISH and I feel sympathy towards Walker amid his struggles. I also hope he understands that what he did was worthy of criticism when the majority of the population are sticking to the rules as gamely and widely as possible.

You’ve just got to suck it up for now and find solace through video chats, Zoom quizzes, Netflix binges and endless baking.

Hope you holding up alright Kyle mate, we’re with you – as long as you stick to the rules too buddy.

As football is a contact sport, and hence when (or if) premier league resumes, we need footballers to be disciplined enough, so that from the time they are tested to the time of performance, they don’t feel the urge to have a sisterly hug to straighten their heads up, and risk contracting whatever social distancing supposedly to prevent, and expose fellow players to the threat.

Mental health is a serious issue, no doubt, and should not be taken lightly, but it shouldn’t be used as an “after-caught” excuse for flouting the confinement order resulting from covid 19.
Philip (lack-of-football mental anguish survivor down under)

Integrity of football…
I don’t consider myself or wish to be a high and mighty person, but I fully accept that there’s no way to word the following without seeming that way (soz). I want to put a thought on the integrity of football if Project Restart goes ahead.

The morality aspect of the argument and the dangers have been covered a lot in the mailbox and articles but one of the biggest things in my opinion that isn’t, is the point about if players get corona while back playing. I wrote a mail a few weeks ago saying that the league can’t be played at an indefinite date like September or October because the teams would be too changed to call it the same season and I think the same would be the case if players got it during the Restart. If Bruno Fernandes and Rashford got it, United would not be the same team. That’s one thing. If they then had to isolate the team until knowing for sure that no other United players got it, then the games jammed into a tight schedule would be postponed, pushing a few week marathon into possibly months. So then all the players of all the teams United had to play would have to stay in their lockdown camp for more weeks, heightening their risk of catching it, along with any medical or normal staff that they would have around them during this time. If the reports of 300 people per match are to be believed (I’d imagine it will be lower but not by a lot), that is a lot of people required to be tested almost daily for an indefinite amount of time. And that is only if one or two players contract it on one team. What happens if multiple players on multiple teams do?

Along with the risk of players getting it, you can’t keep all those people in lockdown hotels. So if a journalist contracts it from being outside the lockdown area, is in contact with people for a day at a match, then is resulted as positive, what happens to all those that they were in contact with like players or managers or just regular people? It could just end up being a giant shit-show that ruins the integrity of the sport.

Also, from a more aesthetic side of things, all the reports from players seem to be that they will play if they are made, but they would much rather not play with the severity of things. That will make for the horrible spectacle. Players looking unhappy to be on the field, close-ups of players reluctant to mark closely, getting a dirty look for spitting or coughing, unable to celebrate as a team if you score. There is a big difference between playing football and wanting to play football. I was getting petrol in the garage earlier and the worker there looked like he hated me for me needing him to be there. I don’t really want that for the league, regardless how much they get paid or not.

I still think the best thing to do is end the league, give out promotions or relegate whatever way (but do it) and put serious planning into how to play next season so that it doesn’t feel like a big muddled mess and players pushed out to distract from said mess. Hopefully by then the numbers will be a lot lower too but everyone will feel better with a more thorough plan of action.
James, Galway

Who the flying flamingo chooses Alexandre Lacazette over Henrik Larsson? I can’t tell if this is a cry for help, a serious trolling or Brexit levels of delusion. Either way, seek help.
Daniel, Cambridge

Penalty tactics
Tim Krul talked about how he had researched the Spurs players and where they would hit their penalties, ahead of the FA Cup tie where Norwich knocked us out. He was brilliant, and wrote where they would place them on his water bottle and won the game for Norwich. This got me thinking, shouldn’t teams do the same research on the opposition goalkeeper?

I was reading an article about how David Seaman prepared for kicks, and how Arsenal were confident if their 1995 Cup Winners Cup final against Real Zaragoza had gone to penalties. His method was to read the players as they approached the ball, and would dive a certain way based on their run up. Krul, on the other hand, had researched which way the taker usually went, and would dive that way regardless. So if you knew that was Krul’s approach – why wouldn’t you prepare your takers to shoot the opposite way to normal in a shootout? Seems like a fantastic way to gain an advantage. You could even get them to practice and prepare for their less favoured kick in advance.
Dave (Nayim from the halfway line), Winchester Spurs

Languid XI
Inspired by Johnny Nic’s recent article about the criminally underrated Dimitar Berbatov, I thought I would compile a team that made/make football seemingly effortless:

Who would finish in what position in a league made up of: Man United 99; Arsenal Invincibles; Mourinho’s 1st title winning Chelsea; Man City’s 100+ pointers; Liverpool’s current team with a 25 point lead over the rest. You must take into account the strengths and form of the team in the season they played in (so no arguments about Chelsea beating arsenal the following season). In top form – who finishes where?
I’m particularly interested in the views of West Ham fans but I’m open to all. Is Karen Brady’s regular quotes about player safety genuine or is she just trying to save the dildo brothers’ asses by basically saying every couple Of days the season can’t restart

Pogba and Souness
Morning all,

Just seen that the BBC has a link suggesting Pogba likes his steak well-done.

I fully support Graeme Souness’ inevitable fury at this revelation, given that I expect Souey eats it less than blue, straight off the cow.
Stu, Southampton

Grassroots disaster
I know most of the discussion on this site is around the big clubs I wanted to share a story about my local team Ramsbottom Utd. I am not a supporter as such but I have been to watch them numerous times because I enjoy watching games and honestly I can highly recommend watching lower leagues games, it’s totally different to PL games and a lot of fun.

I started going to the odd game about 10 years ago, just before Gary Neville’s Salford City came along and took their management team and their best players to launch his new venture. The Neville’s live locally so nothing like shitting on your own doorstep eh. Anyway, this season they were doing brilliant and heading for promotion before the crisis and in their infinite wisdom the Fa Council decided to void the season. It’s clear from the club that this devastated them not only from a sporting point of view but from a financial one, not least they would not have the benefits of promotion if a points per game system had been used and they had got their promotion.

What concerns me the most about this is understandably most discussion is around the top clubs (like mine) but there is very little discussion around these smaller clubs, hundreds of them are staring down the barrel. Everyone understands and agrees that we cannot play football right now but I honestly feel we cannot just let hundreds of clubs disappear without at least trying to do something. I have seen people on this site basically saying if it saves just one life then it’s basically tough shit for these clubs, again I understand this. Rammy Utd are a small club that feel like an integral part of a small village, the atmosphere in the village on match day is great where lower league fans seem to be able to mix in a different way to PL fans and it’s heartbreaking to think this will disappear here and in hundreds of other places.

Nobody wants to turn this site into a begging page but as this site has in the past done some wonderful charitable things in the past I thought we could use the power of its readership to help a team that really needs it. If even a small percentage of our readership did what I did and chucked £10 to their go fund me page they would easily reach their target of £10,000 and as a collective we can feel like we have actually done something to help football where it really needs help.

As a side note, the club will do a draw from all the people donating and prizes include match day sponsorship, MOTM sponsorship, adverts in the program. As most people are not local my idea is that if a reader from f365 wins we nominate f365 as the sponsor and if the bigger match day experience (picked up from home, pre game meal, watching team talk, sat on team bench, sat in dressing room at half time and drinks afterwards) we nominate some like SW from f365, and ideally they write an article about their day.
Graham Kirk (Sunny Manchester)