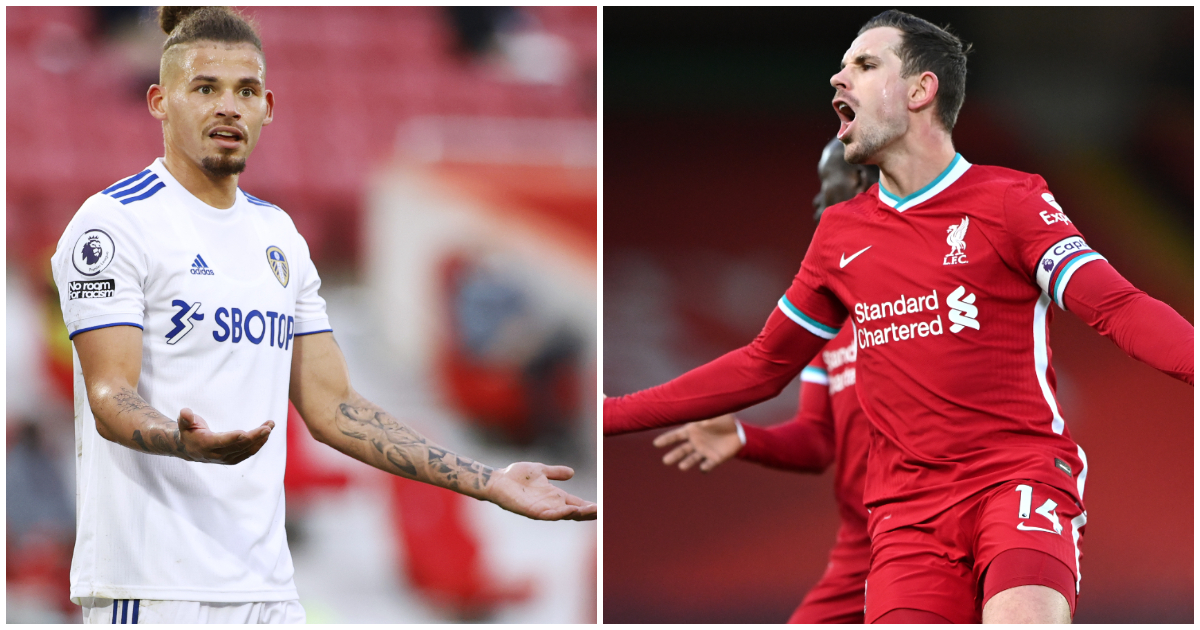 Thanks for your thoughts on Jordan Henderson and more. Send your innermost thoughts to theeditor@football365.com…

Henderson’s contract
It was certainly interesting to read reports that Liverpool might be stalling on renewing Henderson’s contract. While there are many ingredients required for a club to be successful, shrewd management by the board of directors is absolutely key. In particular, the best run clubs typically display the foresight to not offer ageing stars huge long term contracts. Gini Wijnaldum is a fine example. He has been a great player for Liverpool over the last few years. Yet he will be 31 in November and his performance levels will likely drop over the next couple of years. At Liverpool he was on £4.7M/year, while he is on £8.4M/year at PSG equating to an 80% pay rise. Clearly, it does not make sense for a non-petrostate backed club to resign a player in such a scenario.

Liverpool face a similar problem with Henderson who is already 31 years old. While it would be sad to see him leave, Liverpool should not be handing out 80% pay rises to ageing stars unless they want to put the club into Barcelona style Messi-death spiral. Instead it makes more sense to free up the wage space and invest in a younger star like Florian Neuhaus or Kalvin Phillips.
Oliver, London

Palace passed on Van Dijk
I was surprised to learn just how far back Liverpool’s appreciation of Virgil van Dijk went, in that they apparently scouted him before he signed for Southampton, instead of simply because he was good for Saints, like so many other signings they have made in the past few years. If it was in fact the laptop gurus who vetoed the Dutchman’s move to Anfield originally, this is a rare moment where they align with the old school PFM view as well. While van Dijk was at Glasgow Celtic, a number of Premier League clubs sent scouts to watch him, including Crystal Palace. Their scouts were there on a day when van Dijk was caught slightly out of position early on, and in trying to recover, committed a professional foul and was sent off. Palace’s people reported back to Neil Warnock that he was too slow to cut it in the Premier League, so wasn’t worth spending £6m on.

After that, not a single Palace fan was surprised van Dijk ended up being sold for 12.5 times that value.
Ed Quoththeraven

Players you don’t ‘get’
Howdy all; I hope everyone’s coping with the heat!

At risk of just sounding like I’m having a go at Manchester United (I’m not!), the Varane transfer is something I just ‘don’t get’. This is because that, whenever I have watched him for Real or for France, he just looks a bit error-prone and lightweight. I appreciate this sounds ridiculous; he’s won almost everything there is to win, but he’s a player I just ‘don’t get’. Perhaps he benefits from having played next to Ramos for so many years; I don’t know.

Another is Ousmane Dembele. Leaving aside his injury problems, I just see a fast bloke. Like, seriously fast, but not producing numbers anywhere near the level you’d expect for his transfer fee (though part of that was Neymar-doped), or to be constantly linked with other elite clubs.

Anyhow, my question to the mailbox is which players leave you cold and do you ‘not get’? Please keep it respectful; opinions are just that: opinions, not fact!
Stu, Southampton

Big Six remain the Big Six. Just…
One player from each of ‘The Big six and ‘ got me thinking, when are Leics going to be considered in that (entirely made up) ‘elite’ group and when are Arsenal and or Spurs going to drop out – Well there’s a shock in store….

How can we decide?

So I done a maths!

How can you do a maths I hear (no-one) you say!

1 for first, 2 for second place, etc (its not full rocket surgery..)

Add them up, lowest points totals deem who is in the Big 6.. Makes perfect sense and cant be argued with..?!

So working on since that Lecis win

Penalty points
Hi, happy thoughts to all the nice people, now lets talk about penalties. Firstly i’m in the penalties shouldn’t be missed camp, high and hard and repeat until you can do it consistently. Yes there is added pressure but if they practice enough…. Matt Le Tissier paid reserve\kid keepers in mcdonalds to stay so he could practice and he was alright at penalties.

Points for penalty shoot after draws, plain daft. Instead ask English players to take penalties after every match and if they miss they make a donation to charity of 1℅ of their weekly wage, matched by the FA. Haven’t done any maths but it works out, potentially, as some money. End of season fans decide where this money goes.

Have fun, be safe and dance to the music.
Pip ( insert firework here)
PS when I say he paid them in McDonalds, I meant in product not clandestine meetings in the carpark.

…All these suggestions for post league game penalty shootouts are (I guess deliberately) a bit silly, but did remind me of a hobby horse of mine. Surely it’s possible to practice penalties enough that you can hit both top corners reliably. If a professional footballer took 100 penalties after every training session, aiming alternately for either top corner, surely she’d eventually get her kicking action grooved enough to do it reliably under pressure. For added resilience, you could add that trick TIger Woods’ dad apparently used of doing everything he could to put the young Tiger off while he was taking shots – blasting airhorns, shouting, shoving etc – so that he could learn the mental trick of shutting everything else out to focus on the shot.

The problem with pro football penalty taking at the moment seems to be that the takers (with the honourable exception of Jorginho) try something different every time – a panenka, a blast, trying to lie the ‘keeper down, a no-look backheel – which is just a perfect recipe for allowing nerves to get in the way. If you could hit either top corner reliably, all you’d need to do was pick a side, and even that wouldn’t matter too much as no ‘keeper starting in the middle of the goal can save a firmly struck penalty in the top corner, even if they do guess right.

This plan seems so obvious that someone must have thought of it already and identified a flaw, but I really can’t think what that flaw is.
Tom, LFC again now Euros are over, London

…The idea of a penalty shootout at the end of a drawn game screams of a lunatic idea from the good old US of A.

Leave it alone, the system works just fine as it is.

If we can’t win a penalty shoot-out then so be it but don’t f*ck up the club game.
Paul

…The idea that post game penalty shoot outs will help the England team is pretty daft.

Most PL clubs have as many, if not more, non English players in their match day teams, so not going to exclusively benefit England but those countries whose players play in the PL.

Plus, what if none of the first five penalty takers are English?

All you might be doing is giving other countries a boost.
Paul McDevitt

…I’ve read a lot of the emails surrounding penalties and it’s been quite interesting reading the various discussions and solutions.

However I think everyone is missing the problem.

Everyone is assuming the problem is a lack of penalty practice as if penalty taking skill is lacking. That’s not the problem. Anyone who has ever taken a penalty which means something (either the winner for your Sunday league side or anything above) will know that penalties have very little to do with actual ability and everything to do with psychology.

The reason England keep losing on penalties is the same reason almost every boxer was beaten by Tyson…they lost before they ever stepped in the ring because they bought into the idea he was an unstoppable monster. England lose on pens because they buy into the idea that England always lose on penalties. Be honest how many of you were confident going into that shootout?

England players, fans and pundits almost believe penalties are out of their control and it’s a matter of bad luck.

There’s a good story I like to tell when people refer to an event in football as luck. Back when Roberto baggio was playing for fiorentina la viola lost 2-0 and baggio hit both posts and the crossbar. Afterwards a journalist asked how he felt about being so unlucky and baggio replied “if I hit the post it’s because I didn’t aim at the goal” the subtext here is baggio believed he was responsible for it and so he could make sure it didn’t happen again.

England needs more of this mentality and less of the “destined for losses on penalties” mentality. Another viola legend (batitstuta) always said he never feared penalties because he told himself it was an easy goal – it he could smash it in from 30 yards with a defence in the way then scoring a penalty is almost a gimme (I’m paraphrasing there).

Do English players think this way? I’m inclined to say no given the record
Lee 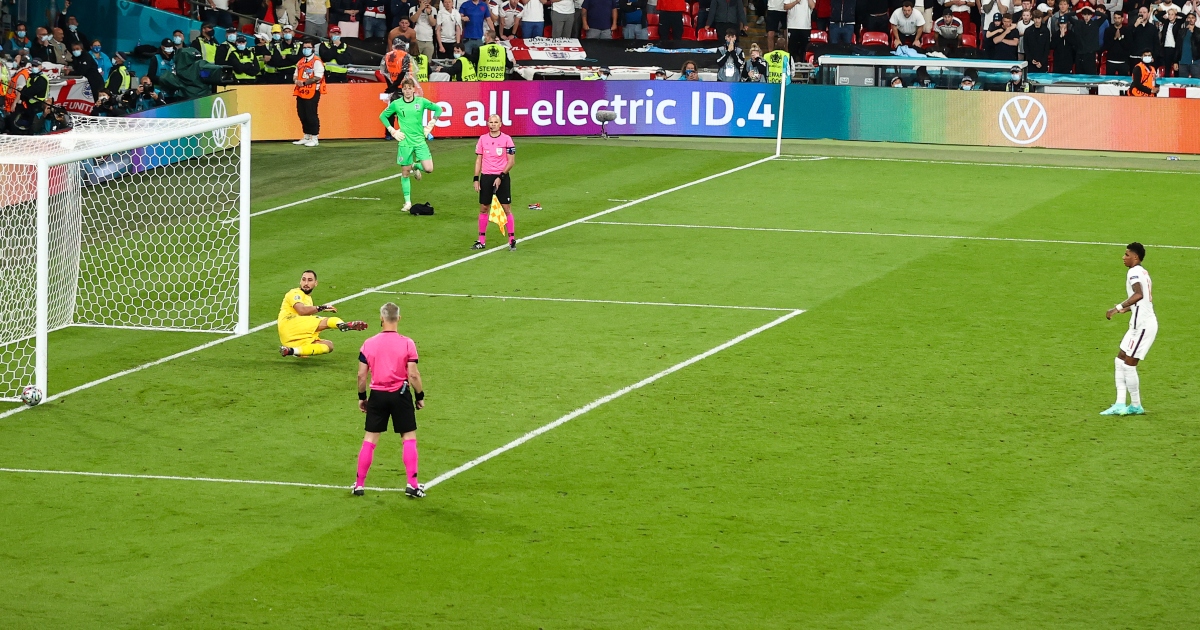 …To add to the whole penalties debate – One idea is that they should be held at the end of the 90 min period if a game ends in a draw and then extra-time is played subsequently.

Both sides know where they stand – the losing team has half an hour to rectify the situation and the winning team can choose to play as normal, still try to attack or park the bus.

It should prevent individual players from being scapegoated and place less do or die on the shoot out itself.
GY (LFC)