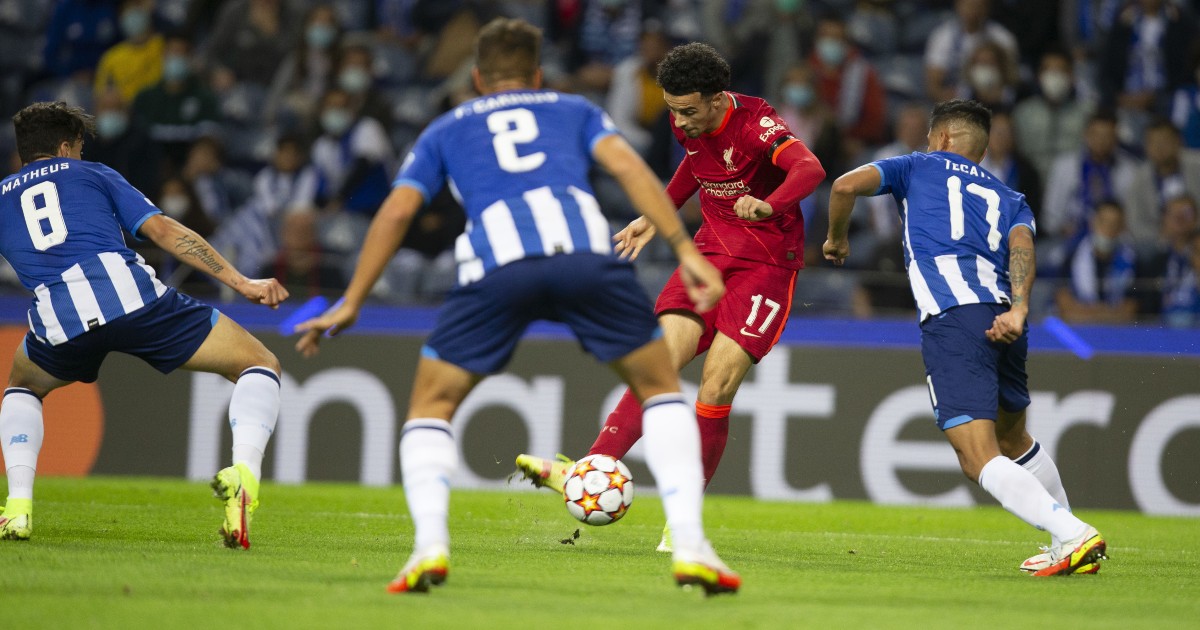 Jurgen Klopp has an ‘obsession’ but is that best for Liverpool in terms of their team selection? At least Curtis Jones is taking his chance.

Keeping up with Jones
Well. We learnt nothing new today. Liverpool are still excellent at football. Maybe the best team in England.

As nice as it is to win 5-1 I did wonder about Klopp’s team selection. Liverpool have a lot of injuries in midfield so I would’ve thought today was a day to rest Henderson and let AOC get a game. That would’ve also allowed Fabinho to come off at 60 minutes. Personally I would’ve also started Minamino ahead of Salah. The only reason I question this is because of the Man City game at the weekend but I accept that Klopp has an obsession with team rhythm so doesn’t like to chop and change too much for the competitions that matter. In fairness I also fancy that Klopp might know a touch more about football than I do so fair play if he fancies picking his best Liverpool side midweek on a Tuesday before a huge game on Sunday. Wins like this probably don’t harm the confidence of the group.

Curtis Jones is doing everything he can to become essential to this Liverpool team. He’s got wonderful flair on the ball, shoots well and picks out both simple and more inventive passes well. There were a couple moments where he was in the more dead areas of the box and was desperate to shoot for personal glory which is probably fine when you’re 3-0 up and cruising but I hope he doesn’t do that in tight games. I think players like him are important to top teams because the opposition don’t know what to do. If you go tight he can run past you, if you give him space he can pick out passes or shoot, if you block the clear passing lanes he can still pick out a through ball or a long pass. They’re a nightmare to defend against because they often need two sets of eyes on them which then creates more space for the rest.

There were two positives that came out of the games around Liverpool today; we are now 5 points clear of third so will potentially qualify by game 4 of the group stages if results go our way. Also Man City were losing 1-0 for 74 minutes so probably worked quite hard tonight compared to us.
Minty, LFC

I understand this is a controversial subject but I do wonder if there is any merit to a round robin European Super League comprising Norwich, Porto and Liverpool?

Mood light
Has Dave tickner completely lost the plot or is he just making it up as he goes along… got the mood of Liverpool fans completely ballsed up! The July one was ridiculous enough but he somehow managed to get our mood even more wrong with this one.

We love nothing more than proving people wrong so when we’re written off before the season & now sitting top of the league as the only unbeaten side left that makes us feel very smug indeed. Add to that a perfect start to the champions league, our main man firing on all cylinders & our defence staying consistent & I’d say we’re very happy after 6 games… maybe not Brighton happy but not far off.
Marcel G, lfc.

Ole out
If there is just one reason why Ole should be sacked he’s basically said it himself when explaining why he likes the McFred combination.

“First of all the stats for them two together we have had many good results. The way we broke-up play against Villa I think they are very instrumental together.”

For the record, we lost this game, we lost control of the midfield battle and we lost. I don’t know if I would say Villa deserved to win, but they definitely were the better team. Another sh*tty performance without a plan and without discernible tactics (as picked up on by Rio Ferdinand) and Ole has the brass monkeys to say he likes one of the worst midfield pairings in the league because of the way they broke-up play in a game we lost and Villa were good value for the win.

I commend the trolling but the guy is out of his depth.
Daniel, Cambridge

Asking a serious question here, I’ve been in the working world for a few years now and every time I want to change my job I ask for a job description. Does anyone know what Ole’s job description is, and I’m seriously asking for a friend.

He doesn’t coach the players.

He doesn’t do the transfers.

He picks the team, through overseeing the coaches coaching the players.

Does he choose the coaches? Presumably if he wasn’t happy with how the coaches coach the players the tactics he’d fire them.

I’ve heard arguments for how he’s changed the club… that he’s brought in a lot of higher quality players. But he doesn’t choose the players so how does that work? Also… he’s changed the mood… ffs we had mourinho in charge of the club. Tactics I mentioned. What else does he as a football manager do? Seriously asking for a friend.
Brian

Play your cards right
The directive in the Champions League this season on tackles which go over the ball is a straight red, or so we were led to believe, Wan Bissaka straight red, Kevin De Bruyne studs into players shin yellow card?? No wonder the PSG players are perplexed, if the ref doesn’t know the rules what chance do the players have.
Paul Murphy, Manchester

P.s. why is P.E being used as a byword for incompetent? When someone is truly out of their depth, I say P.M is the is the most appropriate analogy…

Who the f@“k are the Sheriff Club?!

Greatest era
Great subject from Wigan Dave! I love any excuse to wallow in nostalgia…

The greatest era of football, for any southern, glory-hunting Man United fan of a certain age can only be the mid-late ’90s. Specifically beginning on 19th August 1995 and ending on 26th May 1999.

An era that began with “You can’t win anything with kids” and ending with THAT night in Barcelona and a unique treble won by the same kids that had really come of age.

A magical time when anything seemed possible.

A glorious four years where the game still felt FUN! A serious business, but not yet the absurdly overblown and earnest parade of po-faced-ness that football would eventually become. The balance was just about right. I feel blessed to have witnessed this era first-hand, at just the right age (9-13) to truly enjoy it and savour it.

And all the biggest games were still played at the original Wembley. For me, part of football died when the old Wembley Stadium was demolished.

Oh, and Ehab – Fergie’s style was to win by hook or by crook. Call it the “Huff and puff and blow your house in” style if you will. His philosophy was “we didn’t lose – we just ran out of time” relentless. It was often Blitzkrieg Football, bombarding the opposition with wave after wave of attack until they caved in. It was super-effective. What we’d give for that style now! Ole’s trying, bless him, but he’s more Ron Atkinson than Fergie: consistent top-four finishes with no sustained title challenge, tells his players to go and express themselves and not worry too much about the opponents. But even Big Ron lifted a couple of FA Cups…

A long email, so well done if you made it to the end!