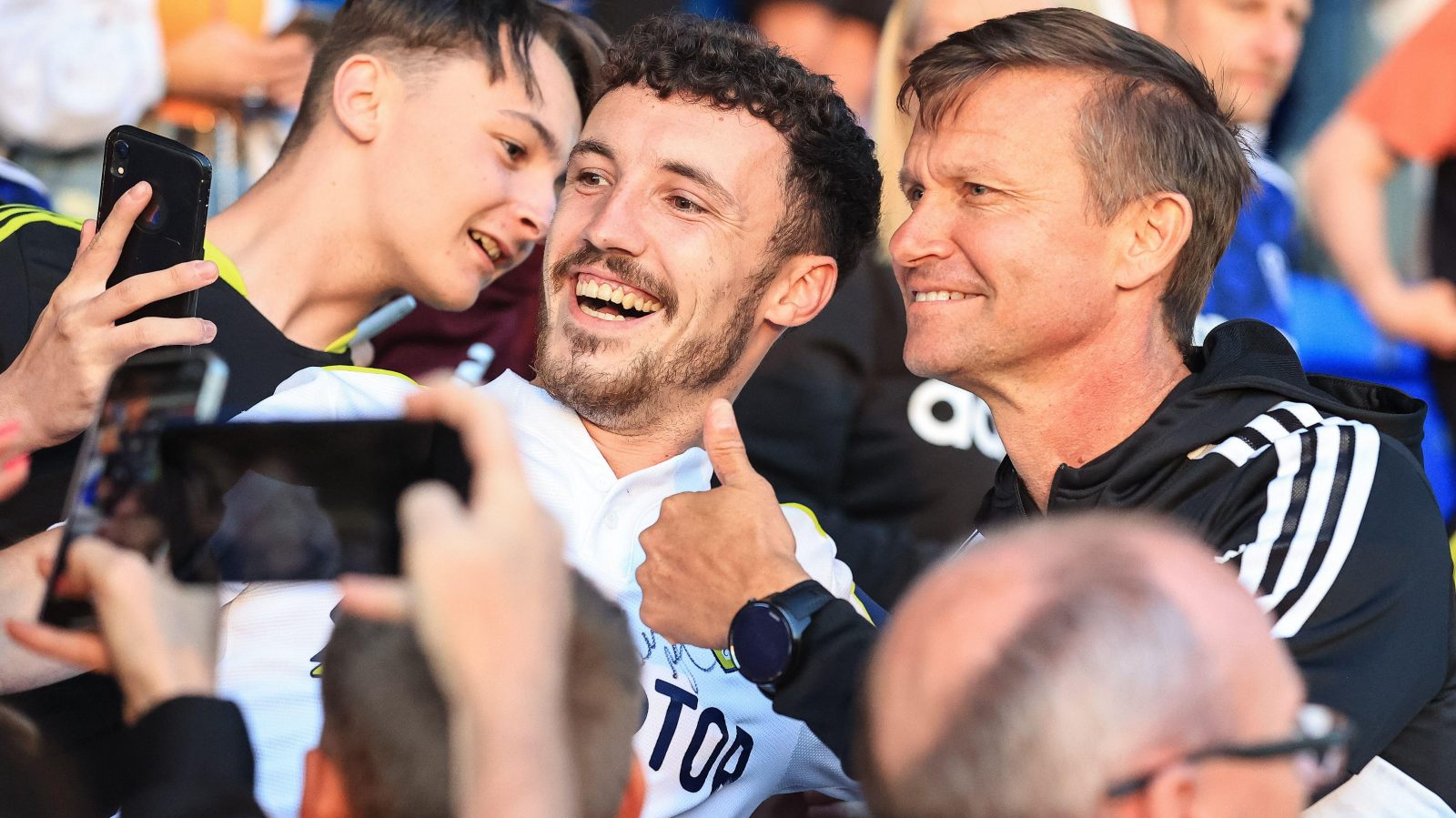 The Mailbox takes issue with Leeds being third-bottom on the pre-season giddiness scale. Also: Chelsea have got a bargain in Kalidou Koulibaly.

Marsching on together
Dear F365 and in particular Dave Tickner,

We might be a bit down about losing Kalvin Phillips and Raphinha this window, but I don’t think Leeds fans aren’t excited for the season ahead.

Kalvin didn’t have a great season for Leeds last year. Losing him is tough, as is losing Raphinha, but our mantra at Leeds is Side before Self every time. The money we’ve raised from their sales has allowed us to bring in some young hungry players who have international and European competition experience. Sinisterra for example won the Young Player of the Europa Conference award last season and helped get Feyenoord to the final of that competition, and Aaronson was Salzburg’s best player over two legs against Bayern Munich in the second round of the CL.

All that and we’re being linked with some of the top young players in the market. I for one am quite excited about our prospects this year.

Not sure where you’re getting the Marsch dislike from either, I’m seeing constantly on here that you think he’ll be sacked by October. I’m hoping he can prove you wrong.

Cooing over Koulibaly
Well as the saying goes, you wait ages for a signing and then two come along at once, Raheem Sterling and Kalidou Koulibaly, two experienced winners coming into a squad that certainly needs reinforcements.

Many more signings will come i am certain, but with Raheem Sterling we finally have a player that can create a moment of magic, now he is not Eden Hazard but since the Belgian left for Real Madrid we haven’t really had a player that can create that moment of magic by weaving in and out of the opposition defence, he also is Premier League proven along with having established chemistry with Mason Mount and Reece James which has worked well for England so cannot wait to see how it works at club level.

Kalidou Koulibaly is a leader, captain of his national side Senegal who he helped lead to the AFCON title as well as arguably being one of the most complete defenders in world football, is that going a bit over the top? It is just one podcast host’s opinion, sure many will agree as they would disagree, but a top player who hopefully will do a fine job at replacing Antonio Rudiger in the back line, looks like we will also still have a defender who likes to take a shot from quite far out if his recent long shots during Napoli training sessions are anything to go by, wow!
The Admin @ At The Bridge Pod

Only reason United are still big
I enjoyed reading Dave’s email about Ronaldo having the layers of vanity and delusion peeled back about how he’s no longer valued by European elites.

It’s true of course but I think Dave was slightly off target. Ronaldo’s vanity and delusion was peeled back about 8 weeks after first signing for United again when he realised they’re a bad team and even his talents won’t be able to rescue them. it’s the same vanity and delusion which has a decent proportion of United fans believe they’re still a big team because they have a big bank account.

In any sport you are only as big as your most recent successes. Sport has a short memory (yeah yeah Liverpool ONLY won two trophies we must be a small team too blah blah) and eventually the layers of vanity and delusion will be peeled back from their eyes and they’ll realise man United is ONLY a big bank account now, and nothing more. The glory left when fergie did, it came back for a quickie when Jose was there but left feeling shameful again the morning after and wondering how it ever climbed in that bed.

I hope United do pick their sh*t up again. Same for Chelsea, arsenal too because honestly it is kind of boring two teams competing for the league title all the time. The season when we won the title was boring precisely because there was no competition. The league is better with those other teams. But United is a bit like having a relative who is also a drug addict. They can’t stop causing themselves damage and you don’t want them to live in the street but they keep stealing your sh*t when you take them in. They promise to get better but the pull of the needle is just more alluring than a vanilla life.
Lee

Klopp’s comments
You know what Bladey Mick you’re onto something. They should stop training during the season as well shouldn’t they? Bloody cheek of it, running round the circumference of the pitch every day and then complaining about playing 2 matches per week, World Cup/Euro Qualifiers as well as multiple UEFA/FIFA enforced International friendlies.
James Outram, Wirral
P.S You would have had a point if Klopp had played his first 11 for the full match in a mid-season friendly rather than playing 37 players a month before the season starts

England all white
Gwarrior LCFC (Go Imps!) contests the fundamental point of Ian King’s article and ends with the question: “Am I missing something?”.
Yes you are! Go back and read the article again and all will fall into place. While doing it, keep social class in mind.
Jim O’Donnell