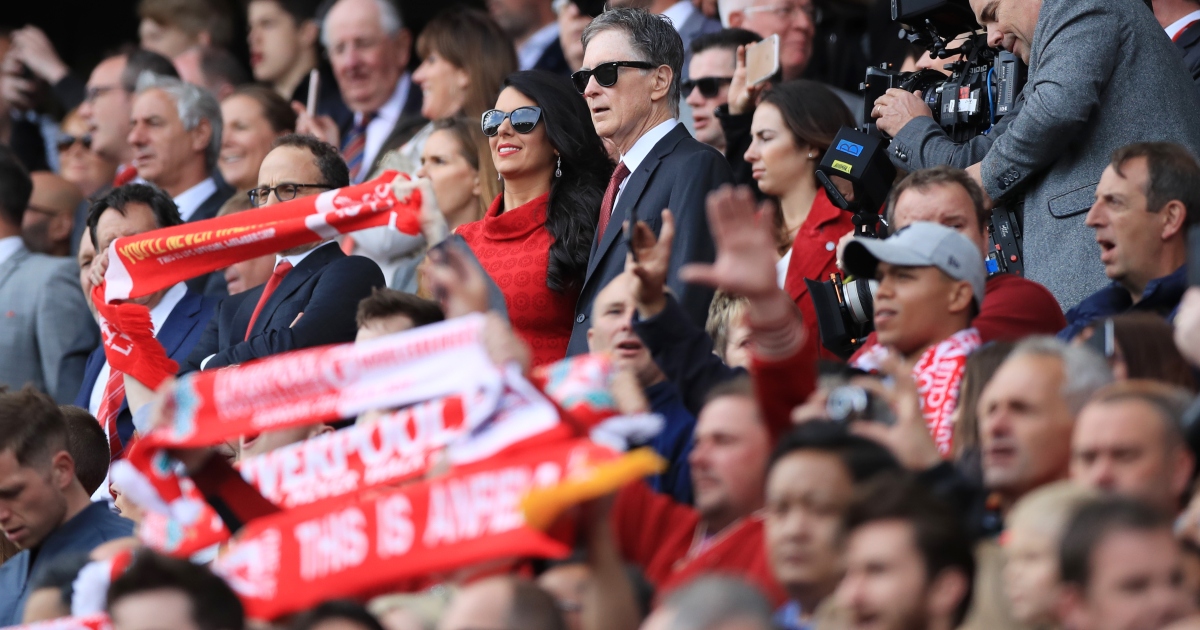 We have mails on the double standards surrounding Liverpool, their reliance on one player, and Ole’s use of Jadon Sancho. Get your views on any subject – it really doesn’t have to be Liverpool or Man Utd-related – to theeditor@football365.com…

Liverpool’s money
While I’m aware the chant of “Got no money, we’re going to win the league!” is very tongue in cheek and carries the implied frame of reference of the finances of the richest elite in the league, it’s a bit of a cringey chant considering the financial situation at Liverpool FC.

Accounts show that the wage bill was some £325 million in 2020, second only to famous spendthrifts Man City. According to Forbes, Liverpool are the fifth most valuable football club in the world as of 2021.

This is the same club which in early last year put some staff on leave and signalled their intention to apply to the government’s furlough scheme. The same club which, a year after the furlough hustle, agreed to form a part of the ESL with 11 of their similarly impoverished teams who make up most of the 20 richest clubs.

A lot of the money needed to sustain the frugality of an operation which pays its best players a million a month comes from sponsors, the biggest name on the shirt being Standard Chartered. In 2019 a US attorney found that their dealings with Iranian clients had “undermined the integrity of our financial system and harmed our national security.” Here’s an interesting article for a little background on our shirt sponsors

A slightly less visible sponsor is Hollyfrontier, a petrochemical company with multiple clean air act violations which spent $2.6 billion to expand its business with the acquisition of the assets of Sinclair oil in August; the sixth hottest August on record after the hottest ever July.

Along similar lines of environmental destruction, Richard Warke of the FSG board who owns the club made a lot of his riches from the 2011 sale of a 2000 acre gold mine in northern Colombia.In 2020 Colombia was found to be the most dangerous country in the world for defending the environment at such mining operations with killings of Indigenous Peoples and Afro-descendents mounting in the hundreds. Warke took that money and invested it in more mines throughout the Americas.

Even John W. Henry made his name as a futures trader betting on the price trends of those clean and reputable commodities such as oil and gold.

I won’t even go into the TV deals for the EPL.

I don’t mean to pick on Liverpool unfairly, football is awash with dirty money and Liverpool are far from the worst but the idea that the club is somehow more ethical by spending less while performing at top level is ridiculous.I’m sorry to take a dump on a much needed happiness parade for my fellow Liverpool fans but the club is rich, insanely rich, with lots of dirty cash, just like the other big clubs.

Is it all worth it to see James Milner run half a marathon and put in a man of the match performance at 35 and then relish a bright Kaide Gordon debut at 16 in the next match? Maybe.

Thursday’s PM Mailbox: Reds have got no money… we’re going to win the league

Double standards
Football supporters and jouros are confusing the hell out of me.

Liverpool FC has no money, yet they play in the Premier League, have world wide sponsors and a regular full house of fans. Why do their owners not get the opprobrium that is rained down on the Glazers, when they obviously are drinking at the well of football wealth? Where is all the money? Why do we get the poormouth all the time?

Ole is “saved” by the individual brilliance of a player, yet does anyone think that Liverpool would have won the Premier League without the brilliance of Mo Salah? Or that they were not at the game last season when they lost the big Dutch lad at the back (football punditry there). But a United win on the back of one of the team doing something that they are paid to do is for some reason different.

What is it all about?
Tim

Liverpool can cope without VVD
Just to add to a couple of points made yesterday. There is an ongoing narrative that Liverpool are overly reliant on Virgil Van Dijk. Last season supposedly is evidence that if we lose Van Dijk, we fall to pieces. The problem with this narrative is that it is completely untrue.

Last season Van Dijk was injured against Everton in October. After that match Liverpool won 6 of the next 7 games, the only match they failed to win being a 1-1 draw at the Ethiad. In that run they beat Atalanta 5-0 and Leicester 3-0. They had one loss in 18 matches before losing to Southampton which was the beginning of the collapse.

VVD is a great player, but he is not the essential cog that some make out. Liverpool collapsed last year because VVD, Matip and Gomez were all out. We had no centre backs with any experience. More than that, it was the deployment of Fabinho and Henderson in defence, and out of midfield, that really caused the issues.

With Henderson and Fabinho back in midfield, Liverpool won 5 in a row with a centre back pairing that barely make the squad with everyone fully fit. VVD is a great player, but Liverpool can cope without him.
Mike, LFC, London

Nothing wrong with Ole or Sancho
I’m sorry Sarah W, but you could hardly be more wrong about how Sancho is being used and why. His confidence isn’t shot, he’s playing perfectly well and he’s not just a right-winger.

United bought Sancho because he’s a phenomenal player, can dribble, cross and shoot with pace and bags of tricks. He’s not a dedicated right-winger, that’s just where Dortmund played him. When United are full strength and CR7 is finally ready to put his feet up, he will probably be on the right with Rashford on the left and Greenwood in the middle. And brilliantly, they’ll all be able to interchange as they like. Because they’re not limited to a single position.

The side is currently set up to have a lone striker with two wide players cutting in. Key to note, Greenwood is left-footed but he doesn’t start on the left, because it’s set for him to cut in and shoot. The same for Sancho playing on the left. He can dribble, cross or cut in a shoot.

Right now he’s just getting up to speed with the team and the league. And he’s doing perfectly well. He’s not set the league alight yet but we are 5 games (4 wins) in, and that’s how he started last season in a club and league he knew, and that turned out ok. I know there’s always a temptation to either say something provocative to get letters (… damn it!) or clicks (… DAMN IT!) but the reality isn’t quite as big or newsworthy.

Same with Ole, who loses a game in a competition that has never exactly been a priority (it’s always nice to win games, but it’s not a big deal, we got to see how some of the squad are good and some not so much – sorry VdB, you’re in the latter) and the usual suspects are chipping in with how he should be sacked. Get over yourselves, honestly.
Badwolf

Not just any trophy will do
Can’t agree with James, Liverpool.

Ole doesn’t need to just win any trophy. He needs to win the league or the champions league.

Don’t tell me for a second that if Ole won the league Cup the reaction from his critics would be “I take it all back, he’s a good manager”, ditto if he won the Europa (like beloved United Manager Jose Mourinho) , ditto if he won the FA Cup (I’m sure the van Gaal statue will be unveiled at OT right after they fix the leaky roof).

If anything, you’d use only use winning the Carabao Cup as a stick to beat him with. Don’t lie, you would.

And that’s fair enough. Because no PL team cares about the Carabao Cup unless and until they find they’ve stumbled into the final by chance. If United won it, any celebration would be mocked by rival fans as a “how the mighty have fallen” situation.

No-one batted an eyelid at a starting 11 with eleven changes and very few people pretended getting knocked out by West Ham was a big deal, because no-one cares.
Andy (MUFC)