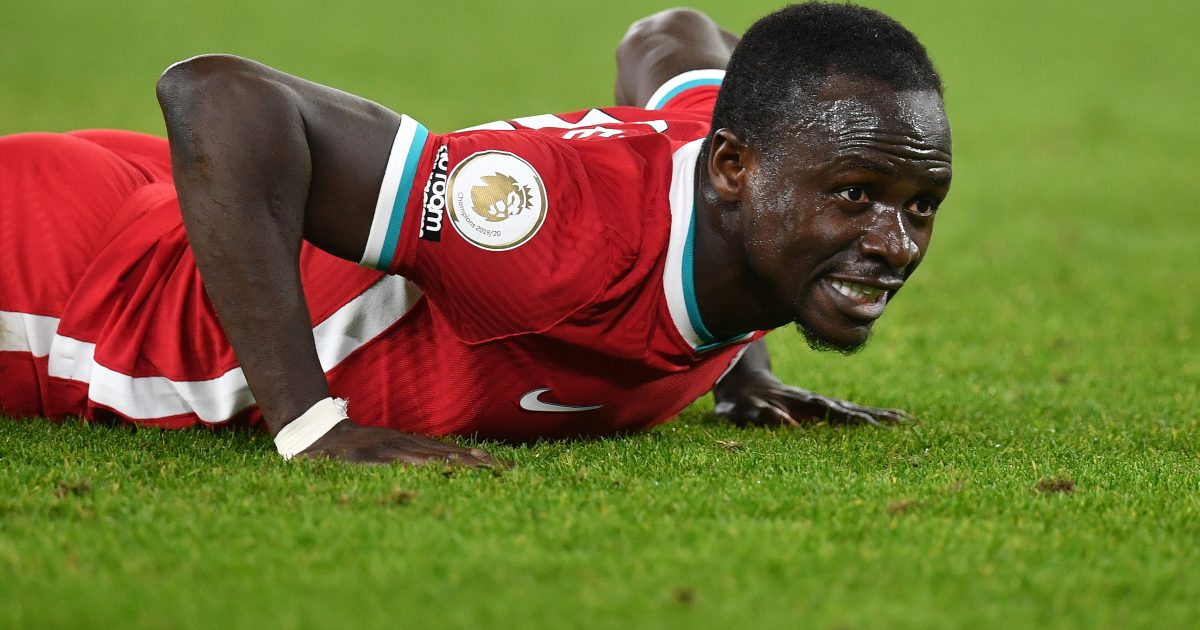 Keep your mails coming in to theeditor@football365.com…

Thiago isn’t a problem
You guys gotta cut this bull about Thiago. The guy isn’t the problem. He doesn’t pass backwards like your rhetoric goes. He doesn’t slow the play down like your rhetoric goes either. His passes are quick and speedy when they need to be. On the other hand you have Gigi ‘let’s wrestle’ Wijnaldum who turns and instead of laying it back to someone who can move it quickly outside he needs to go in circles slowing everything down. Then when he does finally pass it it’s a dribble of a pass that leaves the teammate short OR he plays it behind the player so he has no momentum. Why not pick on him? He’s so f***ing frustrating. Or why not pick on Mané? The guy literally, L-I-T-E-R-A-L-L-Y, lost the ball every time last night! It wasn’t a one off. He has been absolute pants this season. His pace is deserting him and he just doesn’t have enough skill or know how to beat a player. His time is up. It baffles me that not more people, and I’m talking about you F365 writers, aren’t pointing this out. He just breaks most of our attacks up. Stop this bull jibe about Thiago and talk about the real problems. Mané and Wijnaldum are established players in this system and team and are not producing. Don’t even get me started on Trent btw. Thiago has to play alongside their shiteness while trying to integrate himself without a good defence behind him. Stop this rhetoric that it’s not working.
Alex (irish/Spanishman in NYC)

Noice, Arsenal
Last week I wrote that Slavia Prague were nothing special and we were comfortably good enough to beat them (if we didn’t screw ourselves over).

In the words of Captain Holt…. VINDICATIIIOOOOOOONNNNNN

God our young players are good.
Tom (and we definitely couldn’t have beaten a nicer team, oh no), Walthamstow

Lacazette makes his point as Arsenal dazzle in Prague

Ole’s semi
Another semi final. It’s almost like the man has a nack for going far in multiple competitions in one season.
Wurzel

To Mr Morgan from Goford..

“I’ve missed more than 9,000 shots in my career. I’ve lost almost 300 games. Twenty-six times I’ve been trusted to take the game-winning shot and missed. I’ve failed over and over and over again in my life”.- Michael Jordan

Mo Salah misses a chance in the opening few minutes of a 90min game and you think he should be moved on? Someone with this kind of reaction would no doubt also think MJ should have been moved on way before missing 5,000 shots never mind 9,000!

Let’s say the Liverpool management manage to offload him (to say Barca or Real), who would you replace him with? Who is the player who will challenge for the golden boot year after year but not miss any chances? The only way not to miss is not to shoot
Dave (MUFC)

Size doesn’t matter
The points system of (non-Beastie) Mike D brings up an interesting question about how much weight we fans give to certain trophy’s and how big it makes the club.

In my pig ignorant opinion, the community shield should never, ever be counted as a “real” trophy. It’s often called a glorified friendly, but I would even question just how glorified it actually is. No cup that takes one or two games to win should ever really count. I hear Liverpool fans banging on how they won 4 trophies in the previous two seasons. Lets be real, you won two proper ones. They are arguably the two biggest club trophies in the world, and it was an incredible achievement to win them, so don’t sully them by putting them even in the same conversation as the European Supercup and World Club Cup. But I guess this is my point. Does winning it really change how much importance you give it?

For example, I don’t know what Mike D is smoking over there where an FA Cup is 2/3s the significance of winning the Premier League or the Champions League. Does this give an indication to where his allegiances lie?
Does a League (2pts) and FA (4pts) Cup double seem like the same achievement as winning the Premier League (6pts)? Would people find it hard to choose between finishing 6th (1pt), winning the Europa (4pts) and the Community Shield(1pt) or finishing outside European spots but winning the Champions league (6pts)? I know I wouldn’t.

To further highlight the flaw(or perhaps bias) in the score system, over Mike’s 11 year period the average league positions of Liverpool and Arsenal are pretty close, and the points reflect this (16 v 18 for Arsenal).
But are there many Arsenal fans out there who wouldn’t trade their slightly higher average PL, 4 FA Cups and 4 Community Shields for Liverpool’s slightly inferior average position, a League Cup, Premier League and Champions League victory? According to Mike’s system should be hardly any as Arsenal seem to have have fared more than 50% better than Liverpool.
As some one who couldn’t give two shits about either team, it does seem to me that perhaps Mike created his table with Gunner tinted glasses.
(However, if he in fact rigged it for the “Arsenal 4th place” meme, then all is forgiven. Hats off.)
Big D, Luxembourg

Money, money, money
In response to both Paul C and Drezlar1’s comments, I’d ask them to actually look at the finances and my mail. Both Chelsea and City can spend extra on players and wages because the boards don’t strip out the profits. I did say they treat they clubs as a hobby so dividends are fed back in rather than going to shareholders.
How the owners made their money is a separate question, but the clubs balance their finances.
My mail was a comment on richer clubs convincing fans that they can’t compete. Liverpool earnt nearly 100m more than Chelsea last year.
Blue Chelsea Blue

There’s an app for that
Forgetting about VAR for a minute, why the hell are refs still writing down players names in a little book when they’ve been given a card?

There should be an app for that which shows all the players currently on the pitch so the ref can just drag a little yellow or red card onto the relevant player.

Mediawatching Mediawatch
Noting the sneery tone about Liverpool not necessarily wanting to avoid teams from Madrid, it is worth remarking that in the last 9 games against Atletico and Real, Liverpool has lost seven, drawn one and won one game. The draw and win both came in second leg ties where the result was enough to knock Liverpool out (last night’s 0-0 against Real and the 2010 2-1 ET win over Atletico putting Liverpool out of the Europa League on goal difference). Including the 2008/09 wins over Real and draws over Atletico means that Liverpool has played 13 games against the two sides for three wins (effectively two wins).

Worth noting that since Benitez left Liverpool, Liverpool have played 52 Champions League games. They’ve won 28, drawn 9 and lost 8 against opponents not from Madrid, and won 0, drawn 1 (again, doesn’t really count) and lost 6 against opponents from Madrid. This during a period when Liverpool beat Napoli and PSG at home, and Porto (twice), Roma, Tottenham, Manchester City, Bayern Munich and Barcelona in knockout ties. And yes, they won the whole tooting thing after avoiding both.
Alex

The Old Lady
Hmmm… anonymous reply, using a childish name-substitute for Juventus – I think in “The Vocal Minority” I detect an Inter supporter, as bad a winner as they are bad losers. And clearly didn’t read what I wrote, just reacted to a bunch of red flags.

“don’t get to complain about the unfairness” of being knocked out of the Champion’s League by dodgy refereeing? Firstly I wasn’t complaining, I wrote that I wouldn’t use it as a stick to beat Pirlo. Secondly I note you take issue with the perceived complaining, cause you sure as hell can’t argue that it wasn’t a penalty.

“…to Inter who are not really very good”. I never said Inter aren’t very good. They ARE quite good indeed, and will win Serie A deservedly. What I said is that a large part of it is due to Conte (and even the most blinkered Inter fan knows that).

“The expectation was not to win CL? Sure that’ll (sic) why they bought Cristiano….”. You are right that Ronaldo was bought to win the CL… in 2018. Since he was bought, Allegri and Sarri delivered QF exits which prompted the heavy squad turnover. But I was talking about this season, and no sane Juventus fan expected Pirlo to deliver the Champion’s League this season.

“They had injuries? Boo hoo…. why wasn’t (the cash) spent on quality depth”. Excellent point, and if you’d read what I’d wrote, the issue of a paper-thin squad (just 22 senior players) was exactly a point I raised, and attributed to the club. It’s certainly not on Pirlo.

“As a manager, Pirlo isn’t fit to lace the boots of Mourinho, even in his twilight days”. Far too early to judge Pirlo, and most likely he won’t reach peak Mourinho, but I still would far prefer him over current Mourinho. Then again, that’s a personal choice, and if you love Mourinho so much, you’re welcome to have him back at Inter.
James, Switzerland