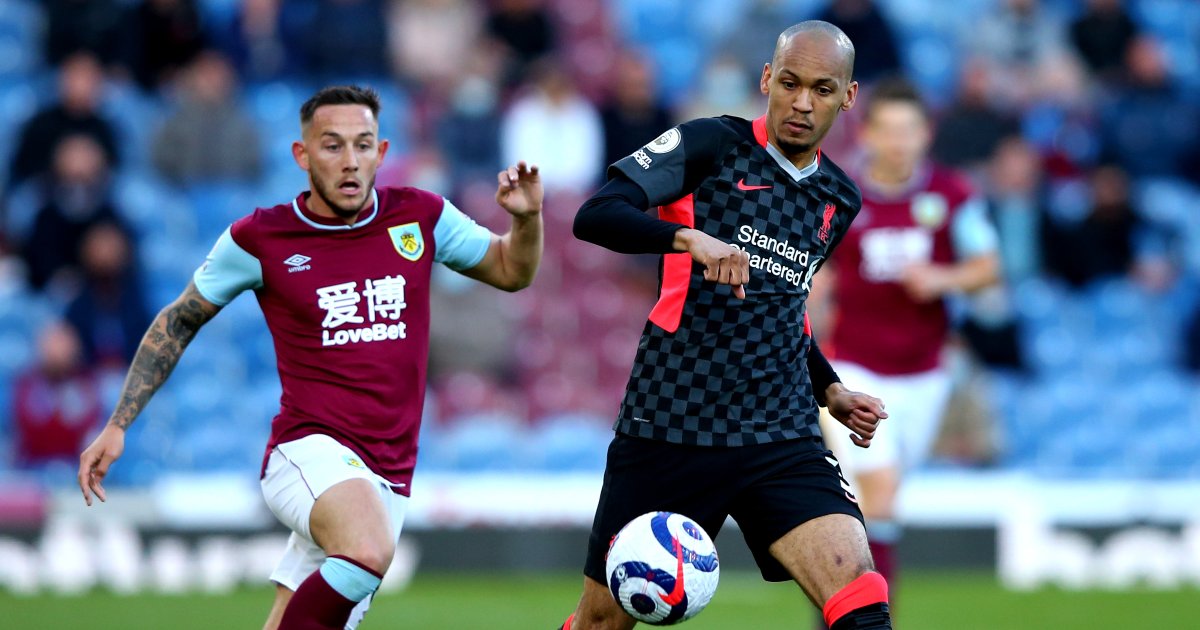 Every day you send us mails and every day we say thank you – for mails on Liverpool, Arsenal, Leicester and more. Come join the party by mailing us at theeditor@football365.com

The Leicester City litmus test
The consensus appears to be that Leicester, even if they miss out on a top-f0ur place, will have had a fantastic season. It’s hard to disagree. Indeed it’s hard to find anyone who would disagree.

This got me thinking. Imagine if it was Arsenal who had been in the Champions League spots all season only to fade and drop to 5th at the death? Or Liverpool. Or Man City, Chelsea or Man Utd. It would be considered a disaster by fans of the club and hilarious by everybody else. Unsure if it were Spurs would it be considered a disaster or just Spursy. But it would definitely be hilarious. Were Leicesters season to be replicated by any of the teams above the mailbox might just explode.

Have we finally, after years of debate, accidently stumbled upon the magic formula for deciding whether or not a club is a Big Club? The Leicester City Litmus Test?
Conor Malone, Donegal

How to fix Spurs
1. Get what we can for the disenfranchised (Kane, Sissoko, NDombele, Aurier) and the useless (Winks).

3. With so many departures already on the cards, wouldn’t want Doherty and Reguilon moving on as well, and neither can play orthodox back four. Plus, we clearly need a new identity. So… hire a manager who knows how to make three at the back work. Forget about Conte, look at Potter, Nuno, Sarri.

4. Cherry-pick replacements from around the league. Such as Dunk, Coady, Ward-Prowse, Ings/Wilson.

A 3-4-3 line-up of Lloris/Alderweireld, Coady, Dunk/Doherty, Ward-Prowse, Lo Celso, Reguilon /Bergwijn, Ings, Son – with a bench of Dier, Sanchez, Skipp, Sessegnon, Dele, Lucas – might not be that awful.
O to the C (Bahrain Spurs)

The needlessly short list of five players Spurs must ditch

That’s why we kept faith with Arteta
For all those that keep asking why we still have hope for Arsenal and Arteta we are second behind City for the second half of the season. Are we good? Not particularly, but if momentum continues and we decide to be good at football again, that is very exciting indeed.
Rob A (coming eighth with a side helping of St Totteringham’s Day please) AFC

On Joe Willock
Hopefully you’ll mention him at some point (we did – here and here – Ed), but a young lad learning his craft who couldn’t get a regular chance at his club took the brave decision to leave the comfort zone of Arsenal and gain experience with a team at the other end of the country.

Willock went to a club flailing in the bottom half of the table, the manager is being given abuse at every opportunity and the club is heading nowhere fast, and he went on and became the youngest premier league player to score six goals on the trot.

At a club like Newcastle to do that you deserve a medal.
Matt, Gooner in Essex

Raging at the profiteering
After all the noise of the ESL, I’m really disappointed to see the price of tickets for the Champions League Final. Do UEFA know that at least 25% of people in Europe have suffered a loss of wages in the last 12-15 months?

UEFA hate the ESL for the same reason as Nigel Farage hates the Establishment. It’s nothing to do with what it stands for, it’s just that they’re not a part of it.

Misconstrued about Gini
Can I point out to Lee that I didn’t say good riddance to Wijnaldum as he wants to leave the club. If he can get a longer contract and more money at Barcelona he is 100% right to leave. It’s a short career. There is no loyalty in the game. He has to do what’s right for him and his family. Throw in the lovely weather and a different culture I think he’s right to want to try something different.

I disagreed with Owen being booed at Anfield in 2009 when he joined Utd. I thought that was poor form.

Also if he has looked off form/looked to be phoning it in the last few weeks it’s understandable as the last thing he wants to do is get a silly injury before signing his contract at Barca. He could be left with no club if he gets a serious injury. No issue at all if he wants to find pastures new.

My issue was him not celebrating a last-second winner, by his own keeper in a must win game. Even non Liverpool fans I know texted me when it went in and said they cheered…and they want Leicester and Chelsea to beat Liverpool to top 4. Just watch Gini when it goes in. It’s like someone scored in a testimonial. No emotion. Very cold.

That as a fan is inexcusable. Reminds me of the second Liverpool 4-3 win over Newcastle in March 1997. Fowler scored the winner in injury time, the whole bench erupted and Collymore-who was on the bench-didn’t move a muscle. Just think it’s horrible to see and says a lot about somebody’s character (in my opinion).
Ferg, Cork

Henderson or Fabinho in midfield wins the title
Only right that Nat Phillips has been getting plenty of praise (actually deserves more for his ground defending and passing, not just ‘he’d head a double-decker bus if it came into the box’), but no one should forget that the main benefit of his emergence is that Fabinho has gone back into midfield, wining 7 on the bounce with him there (he played CB again in the recent draws against Leeds and Newcastle). I know the midfield knock on effect has been much discussed, but the stats are pretty revealing. Liverpool have had precisely one game with their first choice central midfield of Henderson and Fabinho (as it happens, the Everton game in which VVD was injured). There have been only 20 games where either one of them has played in midfield. In those 21 games (against 17 different opponents), Liverpool lost once (the 7-2 against Villa) and picked up 2.24 points per game. After 37 games, Man City are currently sitting on… 2.24 points per game.

Obviously you can say stats schmats or whatever, but it tells you there’s no ‘rebuild’ needed to get Liverpool back to City’s level next season, just a little more luck with injuries (and possibly a Jordan Pickford tackle on Kane/Haaland/Mbappe or whoever replaces Aguero).
Shappo

Penalty talk
I’m glad someone highlighted the Watkins penalty (non) decision last night. Now I’m a Villa fan, so I’m a bit annoyed it wasn’t given, but to be fair, in isolation, I could understand it not being given. Maybe Watkins would have gotten to it, maybe he wouldn’t, it would be something of a soft penalty in the spirit of the law. What I truly can’t understand though, is how that is not given, but the one on Kane in the reverse fixture was.

The whole point of VAR was to eliminate these inconsistencies (I thought), and it’s seemed at times this season that it’s meant anything and everything is a penalty, which is another discussion, but at least it seemed relatively consistent. I’m not one for conspiracy theories, and there’s a lot to be said for not attributing to malice what can be accounted for by incompetence, but still… In all seriousness, is there some rule or wording or anything, that someone could justify why one of these was given but not the other? After the Man City offside goal, the PGMOL came out with some rubbish interpretation of a law as to why it should stand, then changed it about 2 days later, but at least they had something to back it up.

So what’s the difference between these two incidents? The ball is in play in both scenarios, however the attacker is unlikely to reach the ball before it goes out, in both. You could say neither attacker “has control of” the ball. Looking at them as objectively as possible as a Villa fan, surely Kane is looking for that contact way more than Watkins is. He even leaves the ball behind in his effort to be tripped over!

Can anyone come up with something they can say with a straight face as to why Cash on Kane IS a penalty, but Lloris on Watkins is NOT a penalty? I certainly can’t.
Oli (AVFC)

Negligible force
I understand that last night’s match between Crystal Palace and Arsenal meant precisely nothing to either team, but it was one of the most appalling VAR performances I have seen all season. In case readers decided not to subject themselves to the bore fest of two deeply uncreative teams flailing aimlessly, here are the things you missed:

Since when was ‘force’ a factor in these incidents?  Pepe was dismissed vs Leeds for moving his head into Alioski (certainly negligible force) and I am sure there have been many other dismissals where not force has been involved.

Before VAR, I could completely accept that decisions like these might go against you, but now it just seems laughable.  If ‘significant force’ is required for a dismissal, I look forward to lots of cynical contact going unpunished in future.
Pete

Atalanta: An appreciation
Great piece on Atalanta by Daniel Nolan. The thing that strikes me is how resilient that team is, both collectively and individually. They’re both a systems team and one that leaves space for individual genius.

It’s a shame that they lost to Juventus last night but Atalanta are a vital part of the new footballing ‘rebel alliance’, where every victory – over the ESL or their heavily funded rivals – gets celebrated like an X-wing fighter tripping over an AT-AT.

Sure it can’t last forever, but anything that upsets the unflushable Agnelli and his besuited colleagues sounds good to me.

Leicester City is of course the shining example, but after the O’Neill and Heskey days and moving out of the charming Filbert Street, it looked like they too would settle as another generic Midlands team of journeymen with an out-of-town stadium.

This mediocrity was epitomised in a turgid match at Portman Road where the only thing that got the fans out of their seats in two hours of miserable football was a half time game between two teams of kids with Down’s syndrome when one of them scored with a delightful Messi-esque chip over the goalie.

In short, Leicester was at risk of becoming a sort of footballing ambience, another one of those ‘Chris Wood’ clubs, much like how Ipswich turned out.

Now look at them.

It’s a cliché to say that the stories of Atalanta and Leicester City give hope to fans everywhere, but, as an Ipswich fan, it certainly gives hope to me.

And rebellions are built on hope.
Quarantino, Chairman of the Bored, ITFC