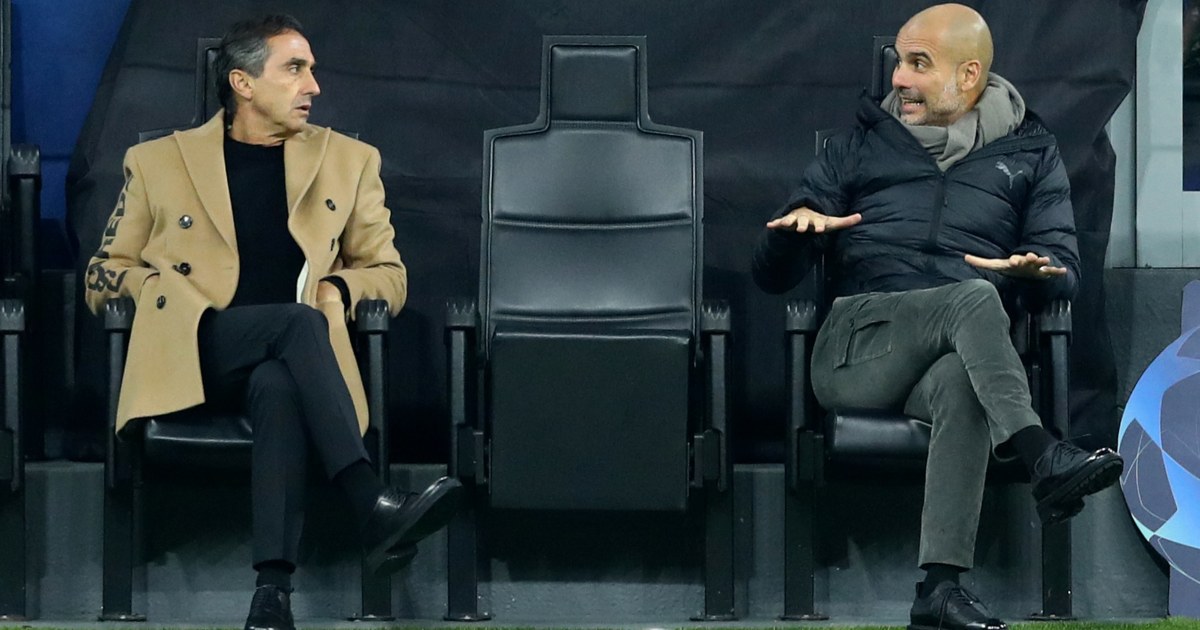 Money, money, money
Mark does a good job of describing a massive fat reaching program as the reason for city’s success. He talks about its grand scale and how they’re so smart to be doing while other chumps are just throwing darts at a board.

He also talks about how Txiki and Ferran gave this bold idea to Barca and they rejected it because they’re too short sighted and arrogant to see its brilliance.

What mark doesn’t say, at any point, is what enables city to do this grand scheme? What enabled them to poach txixi ferran and pep? What enables them to have expensive football academies and ownership stakes in multiple teams (which incidentally are only able to function because city pumps money into them) all over the world? What enables city to take the best players of Dortmund, Atletico Madrid, Manchester United, Tottenham Hotspur, Valencia etc and turn them into a title winning squad?

The answer, in case you didn’t guess, is money. City have more of it than any other team except maybe PSG (interesting that the two teams backed by the one of the richest countries on earth are also successful and rich). You can spout off City’s brilliant schemes but the most brilliant scheme of all is being able to funnel money into the club via subterfuge, and then not cooperating with investigation until the statute of limitations ran out. Yay for technical yet still immoral wins, you join the ranks of R Kelly. Very proud moment.

Take away the money, and city are still a division 2 team. It’s really that simple. The money enabled everything. And I’m not excusing anyone else either, with the exception of Leicester every single Premier League champion is there because of money. Not just on transfers, but on enticing the best backroom staff, the best executives, the best sponsors, the best investment. That’s all because of money and it’s all the fundamental underpinning to success.

Money is the reason for success. Nothing else. So let’s stop boasting about how much smarter one team is over another because they’re really not that smart. They just think they are.
Lee

…Mark (Oh Dear. I forgot that the Glazers and FSG were perfect angels) mail is interesting, but all that scouting is great until Liverpool hack your scouting system and barely a word is said about it.

So yeah well done to the scouts, but it’s not only City in England with that info
Anto, Dublin

Negative stats: Every Premier League club is sh*t at something

Unlucky!
In answer to Rich (AFC), I would agree that Liverpool was taking a chance with not replacing Lovern last Summer. I suspect the feeling was that if they were to lose two of their first-choice centre-halves that Fabinho could cover for a few weeks and make up the difference in the short term, combined with having young players like Philips/ Williams ready to come in.

However, I would argue that no team in the Premier League would have sufficient quality to deal with an injury crisis of this size at centre half without having serious implications on their results. It’s fairly obvious the impact that Dias has had on City, so it is clear that one top-class player can have a massive impact on a squad. Van Dijk is very much that player for Liverpool and no team has someone of his quality hidden on their bench. Van Dijk, Matip and Gomez have started a combined 22 matches for Liverpool this season so it was an unlikely run of injuries sustained at an early part of the season. If you remove the top three centre-halves from any of the top teams in the league, they would look similarly bereft of quality. While you can start shifting players from fullback/ midfield, this will also have an impact on those areas of the park and further knock-on implications.

(You can forgive if I’ve forgotten anyone obvious, but for review:)

It is unlikely that any of those centre half partnerships could sustain a league challenge.

The other option for Liverpool was to go out and buy one/ two top quality centre-halves on January 1st. Their lack of funds available was probably due to the losses teams are making this season due to the lack of crowds, but you could class it as a lack of ambition. Realistically, I think Liverpool were not going to win the league since that fateful Everton match, or best case when the news of Gomez’s injury started to filter through. In truth, I doubt any team worldwide could have dealt with such injuries to the centre half position. Liverpool were (as their old player Lucas Leiva was fond of saying) ‘Unlucky’!
Morgan (Dublin)

Supercomputers
Dear Rupert, can we get a trophy for that? We could really use one.
TX Bill (Everton – Wang Supercomputer Trophy 2021….has a nice ring to it.) EFC

…Given that Everton are top, Spurs are above Chelsea and only Southampton, Derby and Blackburn feature lower than premier league winners Leicester… I can only deduce Rupert’s algorithm, along with being confidential and commercially sensitive is also a load of old rubbish!

Thanks though.
James, Kent

Postcard from Brussels
Here in Belgium the first division (Jupiler Pro League, appropriately named after a Belgian beer) is shaping up nicely after 26 games.
In the lead on 60 points are last season’s champions (*awarded the title when covid stopped play): Club Brugge, the famous one. The other Bruges club (Cercle Brugge) are languishing in the relegation play-off spots.
But it’s in mid-table that things are more interesting:
Anderlecht, probably the only Belgian club you’ve heard of, are currently managed by Vincent Kompany. They’re in 4th place but only 4 points ahead of the team in 9th place.
Arguably the story of the season is not Kompany’s management of Anderlecht (1.65 points per game) but the new coach of Standard Liège, Mbaye Leye. The Senegal ace was appointed at the end of December, having been a player and TV pundit, and has led an impressive charge; 2.22 points per game. It’s his first managerial job and one of the biggest in Belgium. He’s making it look easy. They’re now in 6th place and will be hoping to sneak ahead of Anderlecht.
So stay tuned, hipsters.
Paul in Brussels

Pricks
Raj, mate, they’re not exactly having to try hard to show why Mou is a prick. I’m a Spurs fan as well but he generally does something once a week to demonstrate said prick-ness.

Prick of the Week No. 21: Referee death threats and that

Define lower league
Mickey, CFC – As a Barnsley fan I’m sure all can agree we played pretty well against Chelsea. Mickey CFC had an issue with the pitch, I agree it is/was rubbish apparently due to the short pre season. My question is what would constitute lower league opposition? Obviously we are in a lower league to Chelsea but to my mind lower league would indicate below the championship? Maybe I’m wrong! Also his assertion that “Tammy changed the game when he came on” might indicate he wasn’t paying that much attention to the pitch or anything else being as he started the game. Unless of course he means when he came onto the pitch at the start of the game/after half time which wouldn’t make sense but would be more accurate.

First name XI
Glad to see the “XIs” have returned to the Mailbox, now a first name for a surname XI is one I felt I would spend my Friday afternoon working my brain on, it is Friday after all!

Interesting how many Newcastle personnel fit the bill for this XI, even the manager being the ultimate first name Steve Bruce, now I am not sure the kind of football he would have this side play, probably nothing to exciting but you never do know, maybe this would be the side Steve Bruce decides to go for an all out attacking flare, honourable mentions who I would have included would be Bilbao’s Unai Simon, but not sure how you would rule based on his surname being pronounced “Sim On”.
Mikey, CFC

…For RA in CH, it really wasn’t difficult!

And as I’m prevaricating, how about their opponents from 1998, using wingbacks as England did in that year’s World Cup?