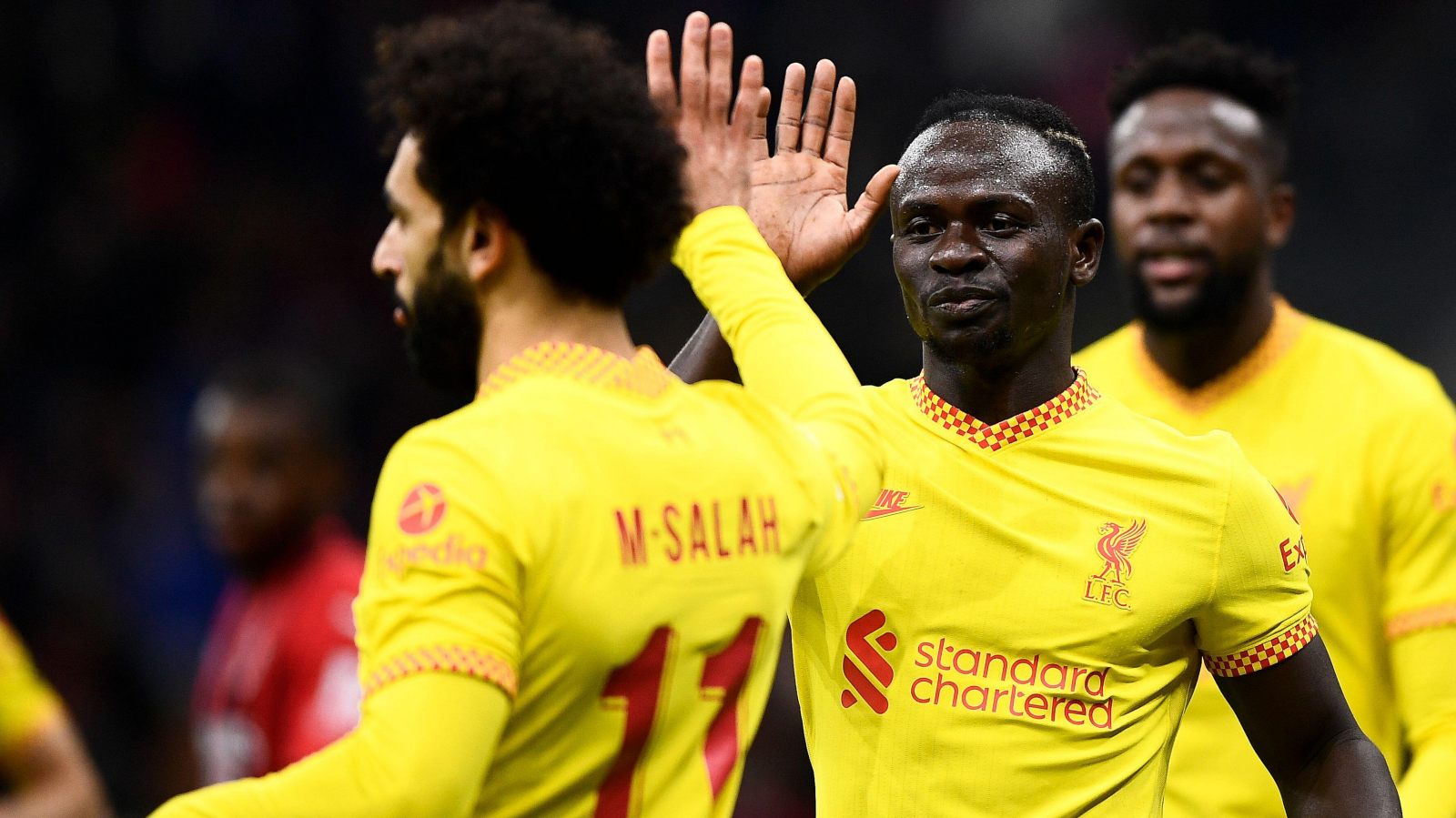 The Mailbox urges Liverpool to drop their ‘Shane Longs’ on Sunday. Also: Ten Hag could be the answer; and carry on sliding, lads.

Bench Salah and Mane
As I can’t predict the next five minutes, let alone the next five days or five years, I tend to ignore the pages or articles in Football365 linking such and such a player with Liverpool FC, or to any other club for that matter, occasionally having a good scoff at the headline. These ‘Gossip’ and ’News’ pages often seem to me to be pure conjecture, and this does not interest me. Only when said player has passed his medical, signed a contract, and had his photo taken wearing red, do I want to know or get excited about them.

So it goes against the grain for me to be worrying over who lines up for Liverpool versus city this weekend.

But the reason I am doing so is because in my opinion, Jurgen Klopp (here’s hoping he has the cojones of an elephant) has some big decisions to make, particularly in regard to who plays up front on Sunday. Of course, he may not think so.

However, to anyone who has watched Liverpool play over the last few weeks, it is clear that both Sadio Mané and Mohammad Salah have been playing sh*te for some time now. They are not just playing well below their own high standards, but are actually beginning to look like those decidedly bang average premier league forwards who may score 7 or 8 goals a season, yet will still start, because…well because there are no other options. And you all know the type of forward I mean…think Shane Long for most of his premier league career.

Salah appears to have lost his touch, trickery and menace, and although Mané has chipped in with the odd goal, he too hasn’t worked a defence like he used to. Whether it’s fatigue or just a genuine loss in form is irrelevant. Liverpool are about to play one of the biggest games of the season with possibly two Shane Longs up front, or I feel, certainly one. This worries me, because while I believe both SHOULD be consigned to the bench, I’m not sure JK will do so…despite the fact he does have options…seriously good options too!

Diogo Jota and Luis Diaz are both in much much better form than either of the two named above. Jota can miss sitters with the best of them, but he works a defence and is nicking goals just when we need them, and as for Diaz, well he is just The Man right now. And what about Divock Origi, a player who just seems to have been born to score big and decisive goals in massively important games for us. Would JK dare play him? Personally, I’d also like to see Bobby Firmino start in the middle as he may just be exactly the player we need in and around city’s box to find two of those three should they find the space. While I would never ever seriously question JK’s choices, there must surely be some sort of uncertainty going on in his head…but then that’s just more speculation? And what about, SHOULD Salah be left out, who starts on the right, as he’s had that spot pretty much locked down since he arrived at the club. Luis Diaz coming in on his left foot a la Salah, anyone?

My picks would be Jota left, Bobby in the middle, Diaz on the right, yet I think we will see Diaz left, Jota in the middle and Salah on the right. But then what do I know; I’m just pretend playing football manager while speculating, I guess.
Pedro’s Moustache LFC

City at it again
So Man City are still a bunch of cheats…who knew? At least we know the innocent need to hire in 12 of the most expensive lawyers and barristers in London to argue their case effectively. That’s all it costs to get a fair trial in England these days thankfully.

At least when nothing is done by the Premier League (again) it will pave the way for the competition to be completely ruined by Newcastle who I am sure will be watching what happens next with interest.

The sad thing is that when the league is just a competition between two gulf states I think it will finally cease to be that interesting. You might hate Liverpool and prefer Man City to win the league because they have no supporters and are irrelevant in the global world of football banter. I have definitely been guilty in the past of preferring them to win the league over actual football clubs like Man Utd. But what we have all done is turn a blind eye to what a joke the league is slowly becoming.
Minty, LFC

Rinsed by the Italians
Lukaku joins a long list of strikers bought from Italy who have underwhelmed in the English game. Shevchenco, Morata, Moise Keen and Balloteli being recent examples. The last examples of success I can recall were Ravanelli and Zola and that was from an era when Italian football was dominant on the continent. Tammy Abraham has probably not improved , he just plays in a poorer league. Buyers beware.
Ted Bythesea

Ten Hag could be the answer
Just thinking about the apparently imminent appointment of Erik Ten Hag as manager of Manchester United. I’m a United fan, but I’m not deluded enough to believe he’ll oversee an instant turnaround in performances, as much as I’d like that – but he could be the right option long-term.

The reason is, as much as it pains me to say it, nobody’s getting near Liverpool and City and the moment. In fact, it almost seems like a shame for Liverpool having such a great team and manager at the same time that Pep’s created his keep-ball winning machine at the Etihad – surely in another era Liverpool would be looking at three or four Premier League titles minimum.

So, any club looking to challenge for the title is going to have to look to do it from about, at a guess, 2024 at the earliest, and that’s assuming Pep or Klopp get bored and move on at some point. The key for other clubs now is stability and incremental progress over the next 2-3 years, so they’re in a position to challenge once there’s a realistic opportunity. For example if Arsenal spend well, keep bringing through the right youngsters, and keep Arteta, they’ll be on the right track – maybe not to win the league, but they could be ‘up and around’ the top of the table.

At United, since Fergie retired we’ve tried the ‘big names’ (albeit outdated ones – Mourinho and LvG), the underqualified fan favourite, and David Moyes who, while a good manager and a world-class Maggie Smith lookalike, had an underdog mentality that didn’t fit with a team that’s expected to win every week. Ten Hag is a different type of appointment – he’s the kind of manager who will see the job, and will be seen, as a long-term project. Therefore he almost has to be given time, even if his first or even second seasons are underwhelming (n.b I am assuming some level of intelligence from the United board here).

Resulting, hopefully, in a settled United team with a defined style of play and a dressing room with the bad influences removed by 2024-25-ish, when the league is a bit more open. Maybe.

Slide away
Hi Steve, Cirencester, LFC, I’m a doctor who has worked in elite football (now currently international level) for over a decade and the knee slide is not an issue at the professional level, I’ve seen more ping pong, toast and vending machine injuries than from knee slides. When extending the scope of athleticism to my own playing career (which has been savagely limited by injuries and a stunning lack of talent) this is no longer the case. Various dog turds, partially buried rusting larger cans and a “lost” set of car keys encountered whilst knee sliding has resulted in me wheezing my way to retrieve my trauma kit from the car. Fortunately our main striker couldn’t finish a sandwich this season so our lack of goals has put paid to this type of injury.
Happy to answer any other medical questions.

Moaning fans
Sam Newtownabbey has a very good point – it’s almost like these people want their team to do badly to prove their point that x is rubbish or doesn’t know what he’s doing
As a Leeds United fan with more than 50 years of following the team home and away I’ve heard my share of moaners (mostly at home it has to be said) but one instance really sticks in my mind – through my job I got tickets to see Arsenal v Roma in the Champions league at Highbury – I was taking my stepson (a Roma fan) and was warned that ‘there’s this bloke in the row in front who just moans – don’t engage he only gets worse’ – this was in the debenture seats on the north bank so really not cheap. Sure enough from before the kick off (Wenger’s got the team selection wrong again) to the queue down the stairs on the way out this bloke moaned about everything, even the Arsenal goal ‘should have been nearer the post as he gave the keeper a chance’ but the highlight was when he shouted “oh for f… sake Bergkamp, you’ve got no skill” – Stewie – is this you or perhaps a relative?
Steve

‘Sensational’ Liverpool
To be fair, it was winning the Carabao and FA Cup *and* coming 2nd in the league and reaching the semis of the Champions League that would be ‘sensational’.

Tell me any other team out of the 92 ( City don’t count ) that wouldn’t think that was an amazing year. Especially with our net spend.
James, Liverpool

Pronunciation problems
Watching the Chelsea vs Real match last night, I realized I each time the commentator was pronouncing Benzema’s name, I felt like throwing my TV out of the window.

Benzy Mah? He’s not from Beijing.

The right way to say it is:

Please make sure everyone knows that.

I used one of these new fangled internet search engines to find if there was and lo and behold, there is! Its called the Champions League and it has the top teams from countries all across who compete every year. It’s been hidden away from sight by BT Sport these past few years.

Maybe Sky Sports should stick to telling us how the Premier League is 50% better than the Bundesliga and three times better than Serie A.

Perhaps there’s some sort of an argument that the teams outside of this top tier competition are better when competing against similar teams from other leagues? Perhaps there’s another competition out there, some sort of a European non-Champions League, which gets played out every year. Again, after some frantic searching of the internet, I found that there is! Its called the Europa League.

Looking at the past winners of this competition over the past 20 years shows that actually, its been won by a La Liga team on 11 occasions. By comparison, the PL still only has won it on 3 occasions. Collectively teams from La Liga have won it nearly 4 times as often.

In fact the last time an English team was able to beat a Spanish team in one of the finals of either of these 2 competitions was in 2001 when Liverpool beat Deportivo Alaves in extra time. Since then the Spanish teams have beaten English teams 8 times.

It really does seem like there’s a gulf in class between the 2 leagues & we can safely say which league is best. I can give you a hint: it’s not the Premier League.
Mick, Cardiff