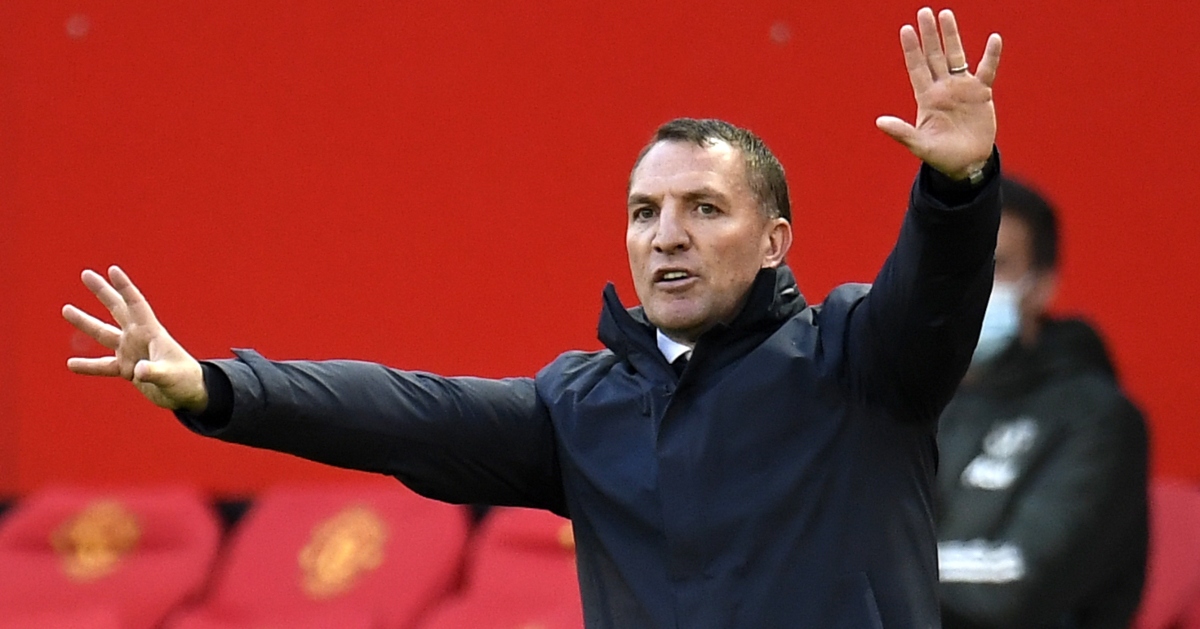 If we’re going to get through the international break together then we need your mails. Send your thoughts on any subject to theeditor@football365.com…

Brendan at United
I see that Brendan is now odds on to take over from OGS. I was just wondering if the United fans on here have an opinion on this. On one hand, he seems very competent, has learned his craft and seems to improve teams that he manages. On the other, he’s very David Brent, and used to manage Liverpool, and when he did, had more piss taken out of him than the government are pouring into the sea.

So is anyone prepared to stand up and be counted here, either way? How will you feel if he gets the hot seat?

He could, of course, succeed, but as a Liverpool fan I will find it hilarious when/if it happens. We’ll see who has the last laugh in time, I suppose.
Mat (Football is endlessly fascinating. Who need Corrie?)

…James, Liverpool asks: And perhaps in my ultimate super happy fantasy land Stevie G the Liverpool manager beats Brendan the Man United manager to the title one day.
Too much to ask for?

Wayne, Manchester United answers: Of course this is too much to ask for James, it means Man Utd were in the running for the title, in what world does that happen?

We’re all on  a journey
Interesting mail from James about Gerrard and whether he should or shouldn’t make the leap to a far tougher league. Because everything comes back to Ole eventually (and of course he did well with a big club in a small league), it sent me pondering the corresponding moves.

Is it better to learn the job at a smaller but dominant club but where there is an absolute limit to what you can achieve, or do you move to a bigger club where the resources at your disposal are far greater but so are the expectations.

If we think of players who did something similar, the most obvious two that come to my mind are the mighty Henrik Larsson and Lionel Messi. (Before the complaints come in, I’m not saying La Liga is a small league, bear with me and read on.)

Henrik obviously ripped it up in Scotland. Golden boots, scintillating goals and performances and worldwide acclaim. Or certainly across our island. And then, when his career was basically over, he came to United and showed that his class did transfer. But arguably by that time his career had gone. You could, and I would, argue that he waited too long to make the move. He could have fully Cantona’d, but he still ensured his status with the fans. I just wonder what might have been.

However, in a sliding doors moment, he could have come down to a Premier League club that maybe wasn’t at United’s then level and it not have worked. That would have damaged his reputation even though he would still have been the same brilliant player.

The parallels with Ole making the move maybe too early vs what Gerrard might do are clear.

And then you look at Messi. He was at a club that had helped him grow (footballingly, reputationally and literally), where the squad was built around him and he had the equal best footballing reputation of a current player; and then he belatedly made the move to Paris and is now returning home after it’s not gone well. His fans will deny it, but it has damaged his reputation; he’s proved that he really could only do it within the safe harbour of Barca.

I guess what this means is, you take the chance and either cement your legacy or damage it. If Ole had ripped it up at United, or even just decided to move aside in the summer, he would have a glowing CV. Now it’s forever tainted. He’s been found out.

If Gerrard stays at Rangers too long, he’ll miss the boat. He’ll stagnate. But if he makes the leap, certainly to a league as high profile as the EPL, he really needs to make sure it’s got a good balance between resources and expectation.

For what it’s worth, let me just mention Rooney and his alternative journey. He picked a club with low expectations and absolutely no money. His interviews are surprisingly good and he takes no bullshit. He’s building a reputation in a canny way. And right now – though this will not astonish but surely cause outrage amongst many – I’d be happy to see him come in till the end of the season at United.
Badwolf

United’s transfer mess
Jon, Cape Town (come on England in the T20) as much as I agree that those in charge of uniteds transfers have made a massive balls up on most transfers, don’t you think that the manager also hinders or helps those that come in? If you’re a top player you want to go somewhere you know you’re going to improve further under a manager that’s going to demand more and alongside players that do the same. The only player I can think of that comes under the bracket of having improved since purchase is Fernandes & even he was more a case of “oh he’s much better than we thought he was” but once he’d shown his ability again he just seems to have stayed the same. You named the players on that list you made so I’m not going to repeat them but there’s quite a few on there that under certain other nearby managers would most likely have become top players (Dan James stands out). When was the last time United had a manager that players really wanted to play under, regardless of where they manage? In my opinion it’s not since fergie & until they get that right they won’t attract the biggest & best players. Next summer there’s some big names becoming available either free or cheap & unless United pull the trigger early on ole & get a top manager in those players won’t give United a second glance.
Marcel G, LFC.

Rangers fans
Ed’s clearly never been to Glasgow. I lived there for 6 years. I met many Rangers fans who hated Rangers and knew nothing about football, Scottish or otherwise.
Mike, LFC, London

As promised, upon completion of GW11, here is the latest top 10 standings (out of 152 participants) in the Football365 Fantasy Football league.

Thanks to everyone for taking part. I’ll continue to send regular updates throughout the season, next one will be at the half way point, end of game week 19.
Cathal