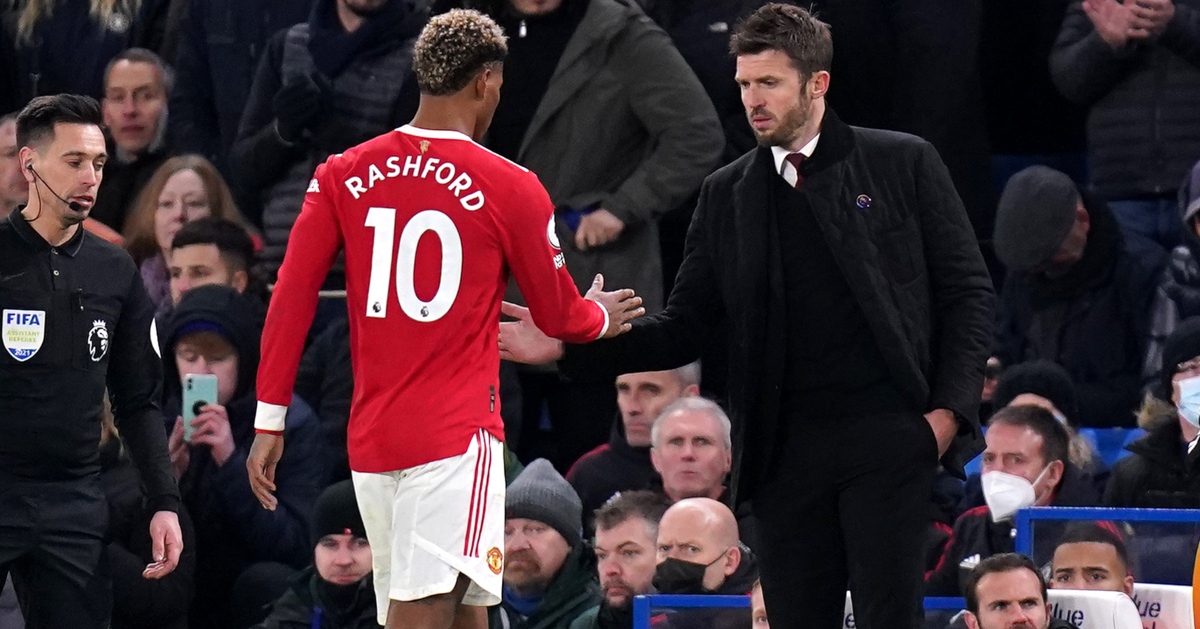 Send your innermost thoughts to theeditor@football365.com…

How the mighty have fallen
The only conclusion from the game is how far United have fallen. Had that been Norwich we’d have been talking about a plucky side taking on the behemoth that is Chelsea.

You’d praise their players togetherness, last minute tackles and the luck that’s needed to get a result.

But when you stand back and realise this is a club who has some of the largest financial resources in the world of football it tells a tale. United have spent billions to be compared to a minnow. Lucky United, you’re having a laugh.
P Didi

Maybe – just maybe – he dropped Ronaldo for the Chelsea game because, well, he’s been utterly sh!t in the big league games this season ?

Was he even on the pitch vs City, Liverpool. Leicester ?
Adam Halliday , Villa Fan (needed win that with errrr the above 3 teams coming up next), Sunny Saigon

Chelsea view
Well that was certainly a tale of two Jorginho moments wasnt it?

First was his mistake that led to the easiest goal Jadon Sancho will ever score in his career, what on earth Jorginho was thinking at that exact moment is beyond me, well i do know i do believe he thought he had the magic first touch of Xavi, Cesc and Berbatov combined but sadly it was the first touch of someone who had a few to many drinks on New Year’s Eve, many questions will be raised from the moment such as why was he the only player back there when we all know Manchester United as weak as they may be are deadly on the counter attack when they wish to be.

Overall it was a frustrating game, Thomas Tuchel made a few tactical mistakes, especially not bringing on a substitute till gone 75 minutes, one thing that i must flag up was that dreadful “non-offside call” on Cristiano Ronaldo late in the game, he was miles off yet no flag because of this stupid rule of allowing the play to continue, the fact they could have scored from that resulting corner would have made all of our blood boil, according to the commentary team the reason it was not called was because Ronaldo did not take a shot and the ball was cleared for a corner, so VAR did not need to check it either, that in itself sounds ridiculous and needs a look at, thankfully it did not impact the result but if it had of, well i would expect some serious fallout, get it addressed FA.
The Admin @ At The Bridge Pod

Spin machine
Paul McDevitt turned on his “let’s educate” mode and educated us on Ralf Rangnick. All well and good, serve the greater community type stuff. Except, he didn’t educate did he? He just regurtated the same stuff we’d been hearing all week. Wherever you get your football news, sky, ESPN, SuperSports, the common theme I noticed was the pundits would be reading it rather than telling it. That was telling for me, because clearly they were not talking about a person they knew, they were being fed the info. That’s why I said it was spin. Also, it was almost identical to what you mailed in, how likely is that? Sky Uk based, ESPN USA, bein Asia, how come they all seem to be reading from the same script?
The second highlight for me was the name dropping, Klopp, Tuchel, Nagelsmann. Which implies, because he mentored them in some way, he will implement football like they did. Now, I don’t know if I have said this, but the team I follow closely is Borussia Dortmund. Klopp and Tuchel may have followed similar paths, but they manage very different systems. Klopp, as he himself said, plays “heavy metal football”, he basically throws so many problems at the opposition, it’s overwhelming. Tuchel is more compact, more structured, and beats the opposition because he organized his players to be more disciplined. Now they may have mentioned his name at an interview, but because they employ very different tactics, so which one is it?
Finally, I’m a reader of the mailbox, if Ralf Rangnick was that good, that special, why is a regular contributed like Paul McDevitt, never mentioned him? Like really, if he can point to a mail where he talked about this man, I’ll concede.
Dave(I guess I haven’t been listening, coz he is that damn good), Somewhere

Who’s the grandaddy?
Everyone knows the Grandfather of Gegenpressing is Jack Charlton.

Put some respect on his name.
Ste, Dublin

Awful Everton
Some half time thoughts on the Brentford – Everton game:

– Ref’s having a nightmare. I’ve seen penalties given for Townsend’s foul but how are you giving that then ignoring Goode trying to swap shirts with Rondon prior to half time?

– Simms and Dobbin on the bench is a joke, Iwobi and Rondon have been utterly dreadful all season and to continue rewarding them with a start is questionable in the extreme

– Everton’s defence looks as disorganised as ever. Godfrey and Keane doesn’t work as a partnership and I struggle to think of when those two together don’t make me nervous.

– Digne shouldn’t be allowed anywhere near free kicks, it’s been about four seasons since he looked a threat from them

And my full time thoughts:

– 70 minutes to make a change, when it was clear even after 30 minutes we wouldn’t score if we played until 2022. Abysmal.

– The lack of any identity or playing style is jarring in the extreme. Punting it towards Rondon isn’t pleasant but if it worked I could understand. It doesn’t work and it hasn’t even looked like working.

– Everton fans would cut the likes of Simms and Dobbin some slack. There’s not a lot to be lost by giving them a go, and the argument that it destroys young players’ confidence being thrown into a team getting pinged about the pitch falls down when you realise we don’t have a lot of alternatives at this stage.

– Come New Year we’ll be in a relegation battle. Benitez isn’t helping but the attitude of some of those players is disgusting. There’s no grit or backbone through the whole squad. Awful.

– As a mark of how bad we are I’m writing these conclusions with ten minutes to go. We won’t score. Liverpool will put a minimum of 4 past us on Wednesday, lump on it.
Joe, EFC

…RAFA must go. Now, today, at 16:00 on Sunday. He is going to get us relegated and nothing is being said or done about it.

So utterly sick of our clubs meek acceptance of utterly dross. Rafa has to go, Iwobi is frankly a disgrace to professional football, Rondon is championship level at best.

We losing 1-0 to a promoted team clearly low on confidence and we don’t bring on another striker? We stick with just one up front, the guy with zero goals and zero assists from 8 games. What a genius move from Rafa.

We are getting relegated with Rafa at the helm. Mark my words.
Steve Limerick Ireland

…At what point do we think that Rafa being in charge is actually a Kopite plot?
Aidan, EFC, London (Adelaide is nervous)

Like a new signing
Just a quick one to call out Adam Forshaw as an early contender for “like a new signing” of the season. In what has been an underwhelming season so far, he has been a bring spark and I’m delighted for him, 2 years out could have essentially been the end of his career.

He is comfortable with both feet, has a good range of passing, and is a calming influence in what currently feels like a hectic midfield. Out of possession he simply does not stop, you could see him leading the press even in the 90th yesterday.

On leeds generally, it’s no time to panic. We were great against Leicester, and for 45 minutes against Spurs. Brigton are a good team, they played well but thankfully couldn’t finish, but we didn’t get into anything close to a rhythm. I’m sure the return of Bamford and Ayling will be the catalyst for improved performances and results. Believe in Bielsa, I’m confident he’s forgotten more about football than I’ll ever know.
Richard Magson

A song for Andy
I feel compelled to write in against the torrent of abuse I have received for my opinions on Andy Robertson.

While I understand that people like the guy I’d like to settle this argument using a new and curious metric, fan songs and in particular their complexity in relation to the value of quality of the player they are attributed to.

A couple of examples, the Gerrard song, quite long pretty complex for a great player. Fernando Torres similarly gets a strong effort for his contributions. Mo Salah, running down the wing and so on, not bad. Let’s get closer to the position in question, John Arne Riise I would like to know if he will score a goal. Okay that’s not so great, but for a player in his position, it could be worse. What does our shining bastion of the hour get? Oh Andy (repeat until name is remembered) Robertson.

So there, the argument is over. Andy Robertson is a mediocre player who runs fast and slings in so many wayward crosses that eventually one of the actual talented lads in the middle will knock one in.
Yours, Mr Value.