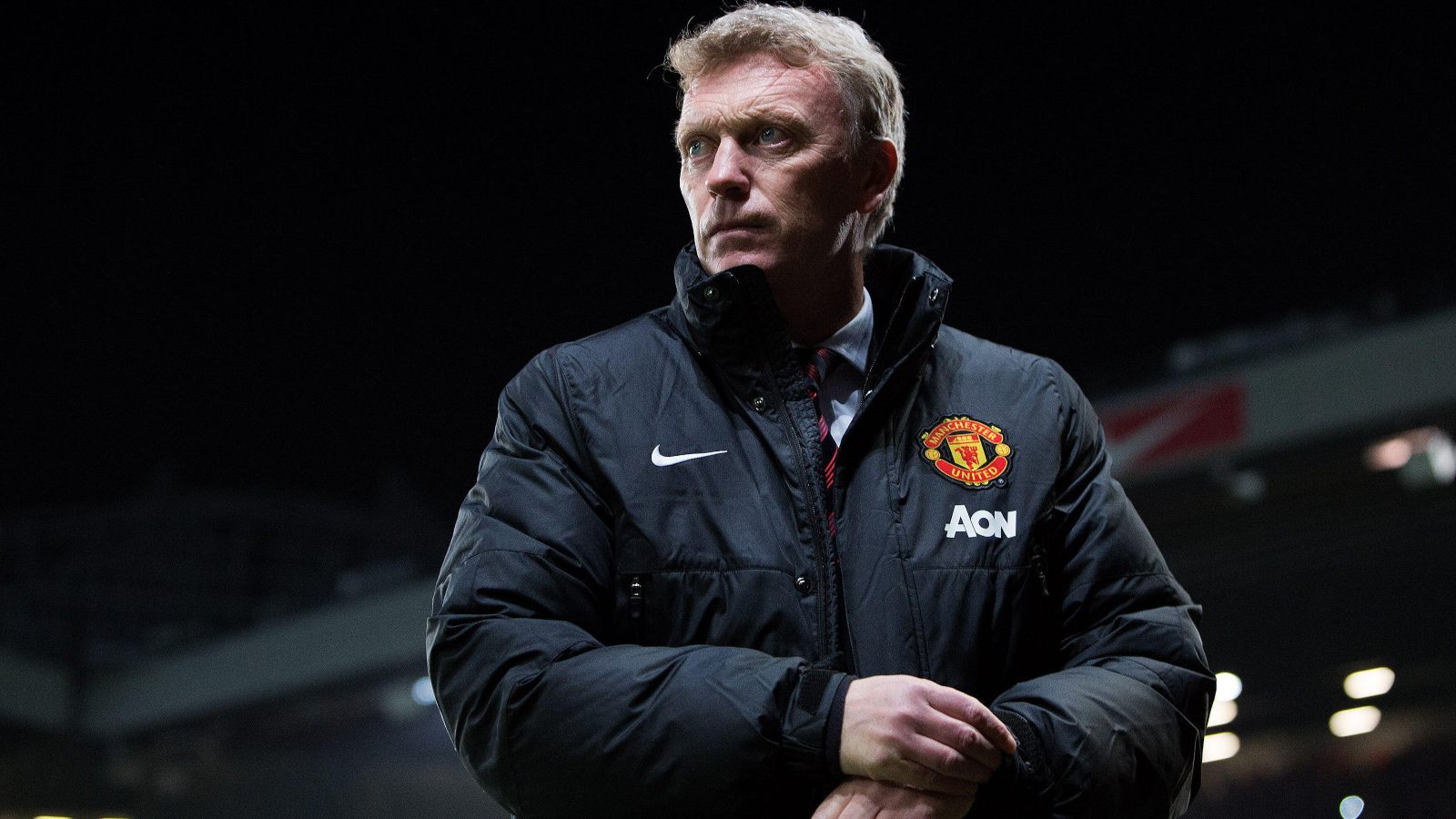 Take in today’s action then send your views to theeditor@football365.com…

Moyes’ Man Utd misstep
Special shoutout to David Moyes for the way he has guided West Ham to a European Semi-final in the Europa League (And quite convincingly too) and remain in the top 6 place in the Premier League. The fact that he hasn’t allowed his team to drop a big level in the league with such a limited squad while still in Europe goes to show his training methods must be bloody effective with his staff, but also goes to show how intelligent he is with his man management and motivation with the players. Big difference when at Everton was whenever he got into Europe in the UEFA Cup, his teams league form used to dip as a result, but due to his additional experience in the last 8-9 years, he has seemed to find an excellent balance.

You can probably notice some burn out in some players like Antonio, Soucek and Benrahma (Not that they have not been good but were showing better signs of quality earlier in the season and last season). Despite this though, other players are stepping up and taking responsibility, Bowen the prime example. Looked like he picked up quite a serious injury but has recovered so well and has picked up his old form quite promptly too. Moyes deserves the praise he is receiving by the media & pundits, realistically he probably only has 14-15 players who are able to play with the consistency and quality he is demands. I really hope they win he Europa League this season and as a result, can make 2-3 key signings in the summer in maintaining that consistency in the league.

I saw the interview in which Moyes did a couple of days ago how he wishes he had 8-9 years more experience when he took the United job back in 2013. You can’t blame him for taking the job, especially when Fergie was the one who specifically picked him out it was way too good an opportunity to turn down. What Moyes should have done though, was politely decline the offer and wait for Ferguson’s successor to get sacked during or at the end of the 2013-14 season and take the job from there. Reason I am saying that is because A.) No matter who took over from Ferguson was always going to fail, it was his players and his dressing room after 26 years at the helm, it was mission impossible no matter what (Even if a Mourinho or Pep took over). And B.) Expectations and quality would have dropped the following season and a LOT of Ferguson’s players would have retired/left the club at that point, making it a perfect level to aim for a Top 4 finish and win a Cup along the way.

However, even if he did take the job the following season, he probably would have eventually got sacked due to the complete incompetency with the players we signed due to the marvellous skills of Ed Woodward and co. Fred the Red (United’s mascot) probably had more football knowledge that the United board during the 3-4 stint after Fergie’s retirement. Imo, the only decent signings between 2013-2016 for United were Blind, Mata, Herrera (At a push) and Martial. Yet United decided to sell Blind and keep Luke Shaw, blimey…

If one man deserves a top competitive trophy due to the levels he has shown as a football manager in the last 20 years since joining Everton back in March 2002, it’s probably Moyes. He has always been honest, humble and has always tried to match or exceed expectations. He came back from the dead following the amount of abuse he got following the United job, no one took him seriously as before when he was at Everton and his confidence definitely took a big hit. But what makes him a proper football manager is how he reacted and never gave in after being down and out. He saw an opportunity at West Ham after his first stint and can hopefully stay a respectful competitive Top 6/7 club for the next 2-3 years, as he had successfully done with Everton before. The fact that he is doing it now is even more impressive due to the ridiculous money flying about with some clubs in the league year after year!
Rami, Manchester (I’m sorry to say again it’s Moysey)

Fergie’s thoughts
Just a short note to congratulate West Ham on a great away win in the Europa League last night. How laughable was that Lyon tweet questioning UEFA’s temerity to ask who will be in the semi-finals. I am sure that helped her up the hammers.

But also wondering if Lord Ferg is saying “I told you so” to the United board for sacking the Moyesiah so early. Clearly showing he has much more nous than the United fans gave him credit.
Paul McDevitt

Burnley’s big move
I know it’s probably the millionth email saying this (or 10th…), but what a stupid ass decision by the owners behind Burnley. It’s crazy that Burnley are the most unfashionable club in the prem but sacking their manager at least to me seems like the biggest happening in the prem this season. Yes, bigger than Olé’s sacking, bigger than Newcastle’s takeover (which won’t be as big until they start super investing), bigger than the title race. Just in terms of relativity, he did as much for that club as Alex Ferguson did for Man Utd. Sounds preposterous, but it isn’t.

Burnley AREN’T a premier league standard team. They are one of these teams who become established temporarily, but we all have known that one year they would drop back down, like West Brom, Stoke, Charlton, Fulham, Coventry. They go on a spurt of form for afew seasons and then eventually it just catches up to them (not including yo-yo seasons), and they drop again. Yes slagging and loss of relevancy is hard but there’s no shame in it for that stature of club. I think Burnley could have pulled off an escape this season, but even if they hadn’t, I would not have gotten rid of their greatest symbol. They’d have bounced right back, and then they’d either be a yo-yo team again or get back to their 15th average or so.

They have been relevant because of Dyche, I think a season back in the championship would not have changed that either, a small step out of the limelight before stepping back in.

Ludicrous decision. I feel the idea is similar to Brighton changing tact, dumping Hughton and everybody goes crazy about it but then everything looks justified as they move onwards from the divisive change. Again though, Chris Hughton was never Brighton’s Alex Ferguson, Dyche was Burnley’s and he at least deserved the opportunity to get them back up if they went down which I’m sure he would have blitzed through.
Dave (Burnley’s Simeone might be more apt), Dublin

Ten Hag at Turf Moor
No official announcement until after the weekend at the earliest , Ajax fed up of all the distraction from the English press and Good Friday Burnley sack Dyche…

Surely United haven’t f*cked this up so hard that Ten Hag is going to end up at Turf Moor, have they?
Mr Grumpy-pants

Relegation Fight Club
When I heard about Sean Dyche being let go by Burnley with only a handful of games left to play in their relegation fight I just thought: “Tomorrow will be the most beautiful day of Frank Lampard’s life. His breakfast will taste better than any meal you and I have ever tasted.”
Simon, Norf London Gooner

Zinchenko hypocrisy?
Zinchenko says in an interview this weekend, “if you stay silent you support what’s happening in Ukraine” as he quietly collects millions in wages from a gulf state with a poor human rights record and a reputation for controlling the media.

Don’t get me wrong; both situations are sad and it’s good he’s raising awareness (for something that’s in the news everyday) but the hypocrisy is also a bit ridiculous. I wonder how many of his friends in Russia that he’s calling on to speak out earn as much as him or live in such a safe environment that they can speak out and not risk theirs or their family’s safety.
Minty, LFC

Favourite fight
The Di Canio fight vs Arsenal has to be the best we’ve seen, it was four fights all rolled into one. There was the 6’1” Martin Keown vs 5’8” Di Canio where you began to question if Paolo was an actual mad man. There was the push on the ref where your question was resoundly answered with a glorious yes. There was the ref’s fight with gravity and every ounce of his self respect. Finally, there was the inexplicable fight with Nigel Winterburn who it can only be assumed was closely related to the ref. Nige’s jump back at the end has to be the greatest moment ever in the Premier League, goading a chained Rottweiler before realising that there’s more slack in the chain than he thought.
SC, Belfast