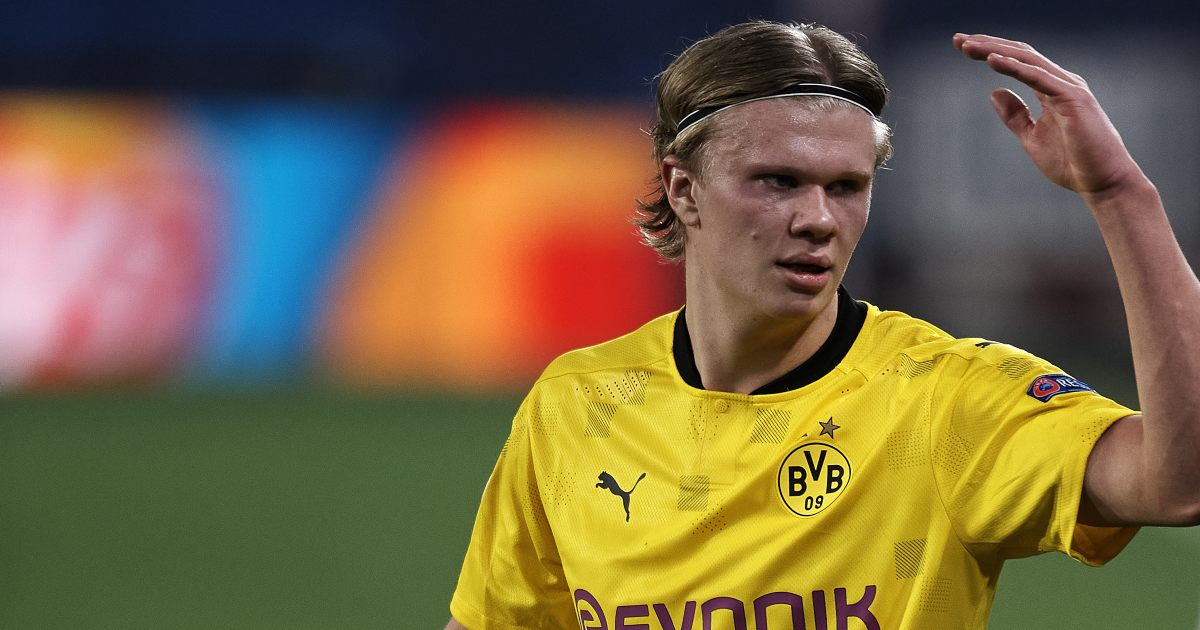 Changing tactics?
Carrying on from Calum’s comments this morning on United’s change away from counter attacking. I actually think Ole has decided that the team are so good on the counter that he’ll use that method when retaining possession as well.

United have had problems breaking down teams that sit deep to defend their final third, it got better for a bit with Bruno and a tactic of shorts sprints into the box using one two passing to create opportunities however opponents are now dealing with this by narrowing their defenders and congesting the edge of the box. Ole’s solution it seems is to retain possession but pass back to the CB’s who instead of passing around the half way line now drop back 20-30 yards towards the keeper. This draws the other team away from their own box and, especially if they are a pressing team like Sociedad last night, chase the ball well into United’s half creating much more space between their lines. United can then utilise a few quick passes to get their front 3 in possession and running at a retreating defence.

It’s a high risk tactic when considering United aren’t very good at playing out from the back but this strategy puts most pressure on the midfielder receiving the pass out of defence. If they have space their job is to turn and get a pass into attack quickly however they are often marked tightly in which case Bruno is usually positioned close by so the ball can be easily laid off for him to pass forward.

As a tactic it might not work for long but its nice to know that Ole is actually working on this kind of stuff.
Dave, Manchester (United are also crossing much more from the right wing though its almost pointless without Cavani on the pitch)

Frauds?
How long do you reckon it’ll be until the first cries of “fraud” are directed at Mbappe and Haaland in what is sure to be Twitter’s latest boring debate?  I’m surprised Haaland (Leeds born) isn’t getting it already for taking the “easy” option of playing for Norway instead of England, the land of his birth.  As for Mbappe, if he’s still playing in the “Farmers League” (only someone so out of touch with the importance of agrarian life could think that’s an insult – i.e. city dwellers with too much tweeting time on their hands) after the next World Cup comes round, questions will surely be asked.

As for Wenger’s latest vapourings about how he nearly signed Mbappe, we should be just be grateful that he didn’t.  Given how much of a graveyard for talent Arsenal became under Wenger (what happened to all those Carling Cup “wonderkids”?), the alternate universe Mbappe would probably be struggling to make the bench in the Championship right now, instead of being one of the hottest properties in world football.
Matthew, Belfast

VAR
Just dawned on me…VAR is just the tip.

What usually happens in N. American sports during a stoppage of play? Commercials and advertisements.

We’re just getting buttered up, being taught to wait while a “check” arbitrarily takes either 2 seconds or 2 minutes.

“We just want to get decisions right, thats why it’s taking 2 minutes…but don’t worry, while you wait why don’t you watch this 2% body fat tik tok star eat enough food to feed 2 families and advertise a deodorant!”
N.V.M. (Take 2 of these 🤜 and shove em up your tailpipe, call me in the morning.)

Fantasy Football etiquette
Obviously, it’s bad form to bet against your team. But would it be bad form to triple captain Bruno Fernandez this weekend?
Kev (doing it) Ireland

Footballer surnames and their jobs/positions
Craig Morrison from Athens (have we had many writers from Greece before?) dropped a great question this morning about player names and if they linked up with their position played, well the first that came to my mind would be Kepa, however I thought I would go off on a tangent and bring up players who could do another career related to their surname once they retire, it is a Friday, what else kind of content would you like?

Craig and Gary Gardner – Gardener or perhaps working at a Garden Centre
Terry Butcher – He even looks like he could be down the local market selling you a few pound of sausages and steak
Thomas Muller – Future CEO of Muller, free dairy products for life too, he seems to have the sense of humour where he could milk the jokes forever.
Raheem Sterling – Working for the Bank of England awaits
Joao Felix – Well he could surprise us all and go to the rivals of Felix cat food, Whiskas
Hulk – If Disney ever feel Mark Ruffalo needs to be replaced, surely Hulk playing Hulk would be incredible

If anyone else wishes to jump onto this game, that would be quite interesting for a weekend mailbox.
Mikey, CFC

In response to Craig Morrison’s query on nominative determinism, whether there are any footballer with the same name as their position, I’m afraid I can’t think of any. But I do remember players in the 1980’s having the same name as desired attributes for their position. Ian Rush, Graeme Sharp and David Speedie were all quick and clinical up front. Terry Butcher was a no-nonsense centre back.

It did work the other way though.  The Waddler always looked knackered and ungainly, but in fact could run quite fast. And Claudio Gentile was anything but (check out his man-marking job on Maradona).

Watching Wolves v Leeds at the mo, and that Neto looks to be appropriately named as I’m he’ll put many a ball in the onion bag. On the other hand, Ciro Immobile at Lazio might feel his name doesn’t do him justice.
Rob da Shrimper, Essex (and a quick Google search has revealed that there is a Stephen Pace who is a Central Defender for Heidelberg Utd down under)

Craig Morrison, Athens, if nominative determinism were a thing in football, then I’d rename my firstborn “Centre Half” Bridgeman and wait for a decade or so for him to turn 18, at which point Tony Pulis would presumably feel compelled to sign him.
Chris (sadly, the poor lad has inherited his dad’s natural footballing “ability” and is unlikely to make it as a pro, otherwise) Bridgeman, Kingston upon Thames

It’s a shame that Alan Sugar was so resistant to signing Carlos Kickaball for Spurs.
Martin, BRFC

Re: Craig Morrison, Well off the top of my head, Kepa is a (sort of) Keepa.
Schlomo Jenkins

Just wanted to pose a question to the mailbox and / or F365 – has anyone ever tracked the success of Cheeky Punt over the years?

For example. if we had stuck a fiver onto every cheeky punt over the course of a season or two, would we be up, down or breaking even?

Just wondering if the brains and forecasting ability of the esteemed writers at F365 can trump
the betting companies…
Sagar, London