Home Mailbox Maybe this sh*t is all part of a cunning plan for Man Utd? 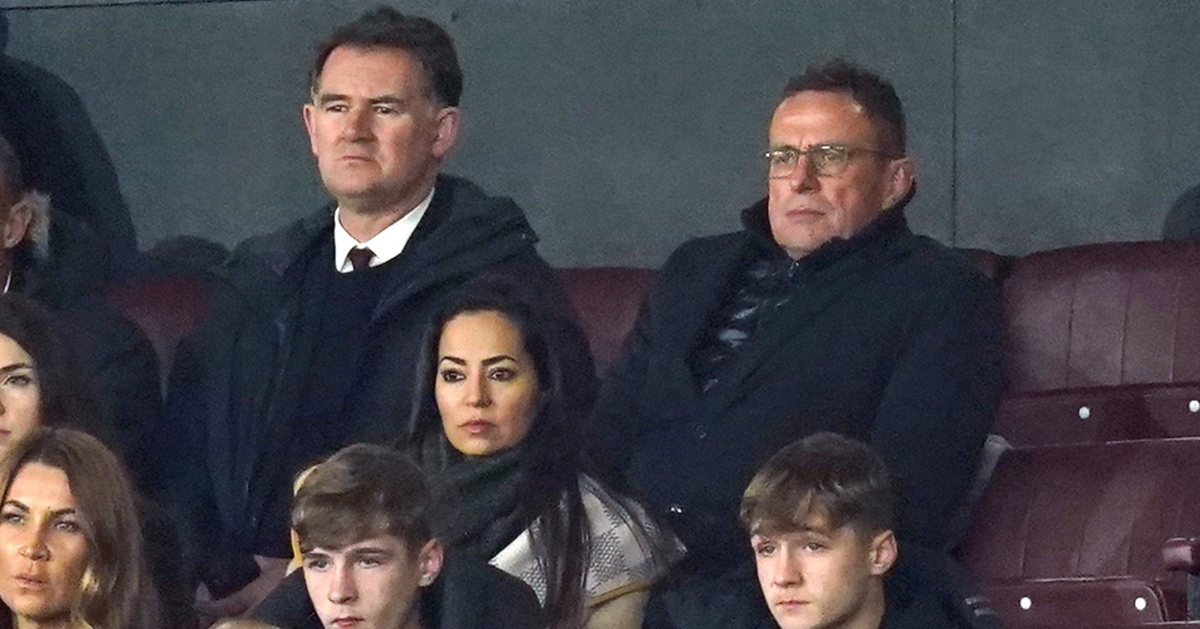 The Mailbox ponders whether their current struggles will make Man Utd stronger in the long run. Also: Fred’s importance, and Jurgen Klopp’s wind…

United’s cunning plan
I hope I am wrong about this, but perhaps United have a cunning plan after all. Let Rangnick manage this bunch of flakes and imposters for half a season to size them up, then move upstairs to help reshape the next few years of the team and its development. If fourth place is achieved, great, but the goal is to get a really good understanding of the club and its playing staff.

It gives Rangnick a chance to work out who can be coached, has a good mentality etc, and who to ship out, and how to develop for the future. The comment the other day that was attributed to him about “I know what needs to be done at the club now” should be an ominous sign for a few of the players, if they have any sense.

If that is true, United could be whipped into shape with some drastic pruning in a couple of years – and I would predict 2/3 of the current side would be gone or sidelined in 18 months.

Hopefully, I am completely wrong, the Glazers bottle it due to and twitter posts and ex-players already calling for Rangnick to get the boot, and get rid of him and hire Pochettino. If the current players want him, that is not a great sign.
Dixon (from the comments) Hunt

Man Utd need Fred
Fred has missed the last two games for Man Utd; two disappointing draws. The last game Fred played no part in was a loss to Wolves. Before that, a 4-1 defeat at the hands of Watford. And before that, another four goals shipped in defeat to Leicester. That’s three games Fred has missed and Man Utd’s three most recent defeats. Fred has not played a part in 6 games this season and Man Utd have taken 5 points from those games. Man Utd have won one game this season without Fred, against Newcastle! Fred is really good at what he does. Fred makes Man Utd a better team. Believe in Fred.
Bagpuss

Wolves bite
In response to Glen, Stratford Spur, (and many other Spurs fans exploding on Twitter with similar drivel) citing both Wolves and Southampton as ‘mid-table powerhouses’ – I know which teams I’d rather be a fan of right now. Organised, living within their means, buying smart, selling sensibly and led by forward thinking and progressive managers – both Wolves and Southampton are on an upward and seemingly sustainable trajectory.

Spurs are an absolute myth – entitled, delusions of grandeur and arrogance in spades – a flirt with the league title and an abysmal showing in a Champions League final makes them think they’re one of the elite (see attempt to join Euro Super League) it’s brilliant that little old Wolves and Southampton have rattled them.

And, if I haven’t upset them enough already – having been to our last two games against Arsenal and Spurs – the gunners are miles ahead of them and they’re still very much a work in progress themselves.

At the moment, he’d probably miss
Apologies in advance if this email offends anyone – it is intended to be tongue-in-cheek, sort of.

Man united are having a terrible time of it, for a few years now. Yet, they still hog the headlines. Almost have to go through four stories about man united, daily, before getting to real football stories.

Can you imagine what it would be like if Ronaldo kicked the cat?
Darryl, Cape Town.

Ain’t that a kick in the head?
I understand where Graham Simons is coming from. He, like everyone else, wants VAR (and more importantly, the rules) to be applied fairly to all clubs and consistently, once again to all clubs. I don’t think anyone would argue with that nor should they. However, he unfortunately chose to use Ben Godfrey’s unfortunate kick to Arsenal’s Tomiyasu’s neck/head area as he slid below Godfrey as an example as to “why the rules and VAR aren’t applied fairly.” While there were inevitable calls for a red card in that incident, neither Mike Dean, nor the VAR referee (who I’m sure looked at it numerous occasions) chose to penalize Godfrey for the kick. Why you ask? Because it was purely unintentional/accidental, even looking at it over an over.

Sure, if he looked to have deliberately stamped on him, then yeah, off he goes. There have been plenty of unintentional/accidental collisions in Premier League play that weren’t penalized/carded. This one was no different. Furthermore, there was absolutely zero reason for Godfrey to intentionally stamp on him to begin with. No bad blood, no previous argy bargy between the two. Nothing. There was zero indication at all that Godfrey meant to “do” Tomiyasu. But when a player slides underneath you and where you put your foot down to maintain your balance happens to be where the other player is, what could Godfrey have done about it in that split second?

If I were an Arsenal fan, sure, I’d have been asking for a red because “he stepped on his head and you can’t do that !!!” It would also have given Arsenal a numerical advantage for the majority of the match if I recall. Being an Evertonian, it looked purely accidental but yes, I needed a replay to see that as it happened quickly.

I’m sure there are Gunners reading this right now thinking Godfrey “got away with one” but does what we see with our own eyes really back that up? No, it doesn’t. I’m for stamping out dirty play (pun intended,) diving, cheating, and other issues in the game but Ben Godfrey accidentally stepping on another fellow professional isn’t one of them.
TX Bill (still agree with Graham, rules need to be applied consistently) EFC

Lost in the wind
I note that Jurgen Klopp discussed the windy weather yet again in his post-match interview yesterday.

Somehow, nobody seems to have minded this time, because Liverpool won.