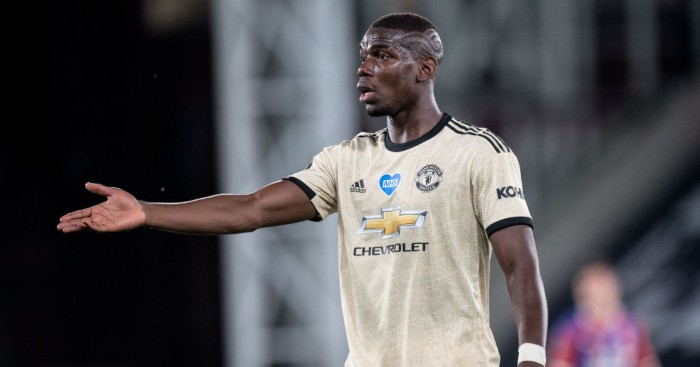 Keep your wonderful mails on Man Utd, Paul Pogba or anything else coming to theeditor@football365.com

Drop Pogba
Watching United since Fernandes arrived you can see what a difference he has made to the team. His leadership, willing to take a risk and his goals and assists have pushed United to another level. The main beneficiaries have been Rashford and especially Martial. Martial looks like a different player, its obvious he and Fenandes have hit it off and his body language, work rate and all round demeanour looks more positive.When Pogba came back there was a big furore about the partnership between him and Fernandes.it hasn’t really happened. if anything Pogba coming back into the team has caused issues, especially defensively. He has been asked to play in the holding two position with Matic. He is not suited to it, he has been pretty anonymous in most games bar a flash of brilliance here and there. His defensive work is poor and United have looked vulnerable at the back again. Southampton and Palace dominated midfield against them creating lots of chances and they are only both average sides. They look more solid with a 2 of Matic, Fred or  Mctominay. Fernandes, Martial, Rashford and Greenwood will still do damage regardless.
Ken, Cork, ireland

Players thriving without crowds?
While it’s understandable that there will be a drop of intensity in teams’ performance and less encouragement after a goal or a tackle, I wonder whether some players are actually thriving without having fans in stadiums?I noticed that Sterling had a great game against Liverpool whereas he usually seems hugely put off by Reds supporters booing him (which is why they do it).

But what about the absence of your home fans? It’s been noticeable how some players, like Dominic Solanke, score their first goals in ages in an empty stadium. Does the absence of an exasperated crowd ruing your every miss make it easier to relax and score? I’d have thought so.

Even Declan Rice scored a worldie last night after being encouraged by his team-mates to have a go. He hasn’t scored all season and I expect fans aren’t shouting Shoooot whenever he has the ball 25 yards out.

Whisper it quietly, but perhaps for some players it’s a relief getting on with their football without all the noise (literally).
Paul (still wish fans could be allowed in)

Thanks but no thanks…
Sarah Winterburn’s piece came from the right place but let’s stop pitying the runaway league champions now, before someone does a whip round for poor old LFC. Those records are nothing. It’s like when World Cup time is upon us and everyone’s feeling sorry for poor old Lionel Messi because of the only thing he’s not done in his life- Cryff and Ronaldo and tonnes of other greats haven’t either. Just stop saying it’s a pity that they won’t be remembered as this and that… You’re driving this.

You should stop if you want them to be remembered for what they did actually do. And also please Liverpool fans, give Mo Salah a break. We all agree that Liverpool were transformed by the arrival of VVD and Alisson but let’s be honest- Mo has also transformed them over the past three years and bizarrely doesn’t always get credit for this. If it was that easy to score you know, everybody would be doing it!

Finally, last year Liverpool and City brought the best out of each other with shocking regularity towards the end of the season. The word ‘relentless’ was often used to describe both sides and this year Liverpool maintained that while City wilted quite early. Liverpool faced down a number of teams with vastly superior wealth and squad depth, pulverised them and refused to even blink until the job was done. That’s what really happened. That is a great story of a great team. Please go with something like that!
Michael, Ireland

Real Madrid the masters of psychological warfare
Congratulations to Real Madrid for clinching La Liga last night. They have been in imperious form since the restart, and currently boast the most in-form defence in Europe. I have stated before that I back them to knock Man City out in the return leg, and stick by that, in spite of the fact that Ramos will sit that second leg out.

However, that is not why I write in. I am writing to pay tribute to an absolutely genius piece of sh*thousery that they attempted last night in their title clinching game against Villareal.

Here is the breakdown. It was the penultimate round of games in La Liga last night. The math was simple. Win the game, and Real clinched the title. With a 1-0 lead, they got a penalty in the 76th minute. Sergio Ramos, who is now Real Madrid’s designated penalty taker, stepped up to take it. He then proceeded to pass the ball lightly to the side with Benzema rushing on it to smash it into the net. They completely botched it. The goal was disallowed because Benzema had entered the box before Ramos touched the ball. That won’t matter for much, and it will merely be a footnote in their title winning season. The motive behind it, however, will cut Barcelona deep, regardless of it failing.

As most know, Cryuff made this type of penalty famous back in the day. Henry and Pires also comically tried it in 2005, and botched it even worse than Real Madrids attempt. The most memorable version though, was in the 2015/16 season when Messi and Suarez pulled it off perfectly. Barcelona were fresh off of winning the treble the previous season. The whole world was singing the praises of MSN and gushing over their effortless chemistry. In the following 15/16 season, they continued their fine form, and during that season produced some of the most beautiful football I have ever had the pleasure to witness (the last time being Pep Guardiolas Barcelona). They also thrashed Real Madrid 4-0 that season at the Bernabeu. And to add insult to injury, Lionel Messi did not even start that game. Basically, Barcelona were at the very top of the footballing world, and having a grand old time of it. In short, unbearable and vomit inducing for Real Madrid.

Now at the time of taking this “Cruyff penalty”, Luis Suarez was in a hot race with Ronaldo for the Pichichi, and many people, mainly of Real Madrids camp, believed that this was simply an effort to help Suarez win it. It was also seen as brazen and extremely cocky of Barcelona to attempt this in the midst of a title race in a competitive game.The other side of the argument revolved around the fact that Johan Cruyff was in a critical stage at the time battling cancer, and in fact passed away a few weeks after this penalty. The argument was that this was in fact a tribute to Cruyff. This was backed up by the fact that Neymar claimed that the penalty was meant for him to score, in an attempt to negate the argument that the purpose was to help Suarez win the pichichi, and that Suarez simply rushed in and scored without knowing this plan. Regardless of the motive, you can be sure that for anyone of a Los Blancos disposition, it was a major annoyance. The last thing you want to see when your hated rival is at the top of the world, is them taking the p*ss.

Now fast forward back to last night. Karim Benzema is in a race for the Pichichi with Lionel Messi himself, and is 2 goals behind him now. After the botched penalty attempt, Ramos handed the ball to Benzema to retake it, which he dispatched.

I don’t think I need to connect the dots. It is elite sh*thousery, top notch banter, and high level trolling. Layered and cutting on multiple levels.
johnnyWicky

United & VAR
​I’ve just read a stat that United have benefitted the most from VAR this season. Surely that means that referees are giving the most wrong decisions against United initially?
IP (Zaha’s reputation as a diver hurts him A LOT)

Dino
Read the piece about Ronnie and smiled. I was only caught in a youtube hole a few weeks back and ended with one of his lengthy goals and skills videos. Honestly what a player. Coincidently a podcast by a certain ex football player with the most headed goals in the Premier league mentioned that on the night of his marriage anniversary a few weeks ago  he showed the misses a video compilation of Ronnie as a reference to the pinnacle of a true great. It really hit home how good he was when ex footballers are looking at clips in awe. Lastly that goal against Chelsea with the shimmy whack in to the top bins was too much for younger me. The brother and I played that scenario in the back garden for many days after many moons ago.
Mark. Dublin

Just want to add onto that Ronaldinho masterpiece; even watching Ronaldo & Messi terrorize defenses for 10 years on a consistent basis, watching Zizou’s highlights and basically any other player I’ve ever seen has not made me feel so hopeless.

Just how? He just seems like a fish in water. I will forever be an intruder in the beautiful game because the most ridiculous seems the simplest to him.
N.V.M. (thankfully we have the more agrarian varieties of footy as well)

Sorry to kick off as a stickler but 2020 is a leap year, although I do understand the SEO problems changing your domain name would bring.

As it happens I’ve been a Norwegian football fan since Steffen Iversen was a thing.  I take my moniker seriously.  I also take it from Leonhardsen, the sweat band legend.

Rosenborg are without doubt the most successful team in Norway, but of the period when Solskjaer was with Molde, they were in a relative barren patch having ‘only’ won 3 of the last 6 titles.  In a normal league that is as dominant as Kristoffer Ajer is in the air, but not when you consider Rosenborg won every title from ‘93-‘05.

Norwegian football, for all the joy it brings, is not strong.  The most recent UEFA coefficient sees the league ‘amassing’ almost 22 points.  The compares rather unfavourably with Germany (72) and England (88).

So comparing Klopps results with Mainz and Solskjaer’s with Molde is a bit daft.  However the results achieved at Manchester United and Liverpool are perfectly reasonable, and they shout for themselves.

What happened to Bolton?!
With Leeds getting promoted, I spent an afternoon going through lower league tables, and I was surprised to see Bolton about to be relegated to the fourth tier.  What happened?  Any fans going through this long slide with Bolton want to share what’s gone wrong and whether it may be reversed anytime soon?
Niall, Denver

Young man!
Big fan of Solksjaer being described as a young manager in today’s Big Weekend. By what metric is a 47 year old with 10 years experience a young manager? Under qualified, yes. But young? No chance.
Chris in Cardiff