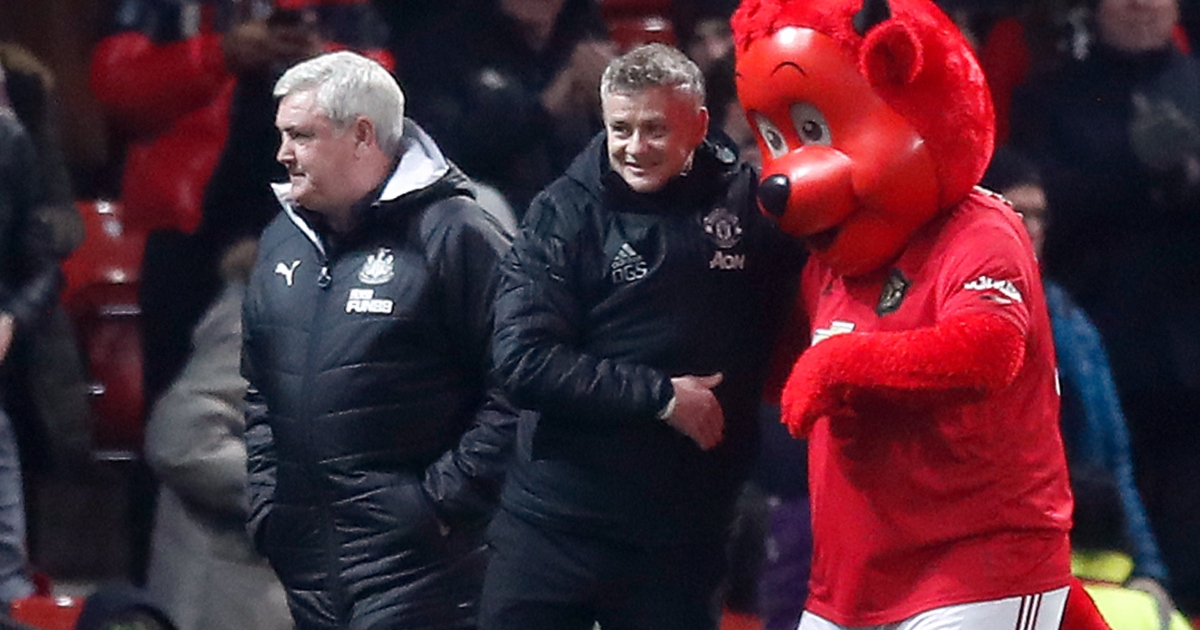 We need your mails! Send your thoughts on any subject to theeditor@football365.com...

The best era?
Found myself in one of those all too familiar youtube wormholes watching compilation after compilation, Messi, then iniesta, bla bla bla and then came across one of Francesco Totti…. And it got me thinking, and also reminiscing…

Now, I’m not claiming that Totti is the greatest ever, although some of the commenters DO claim that (although I’ve seen a video where one commenter thinks Ansu Fati is already better than Messi but that’s for another day) but I did find myself in this nostalgic mindset.

Now, I’m 40, and so in that age bracket, (size of bracket up for debate of course) where my memory and my *acceptance* of things spans from when football was just a sport rather than huge business, before premier league, well before YouTube, all the way to modern day with dabbing and tattoo covered bodies, choreographed celebrations of clothing ranges from bang average players.

I say memory and acceptance because, obviously anyone who’s say 20 and younger will not for example ‘remember’ pre premier league days, in terms of experiencing it, will not view foreign leagues and matches as this mythical amazing, hard to access spectacle, and I’d bet most people say late 50’s or 60’s and older are largely of the opinion that ‘the games gone’ VAR is the worst thing ever and pogbas hair styles affect his performances, a la Souness.

(By the way none of those are criticisms, we can’t help when we’re born, just saying that I feel very much like I’m in the age bracket where it transcends this HUGE shift in eras, and none of it feels alien)

I can’t for example remember or call on experience from anything (in life even) before 1981, although I absolutely LOVE football from the 60’s due to my dad educating me on it when I was an impressionable 10/11 year old.

My nephew is now 10 and football mad, and if he wants to see a goal or whatever, it’s just a case of YouTubing it, and although that’s great, it can surely never be ‘special’ …. can it?

But that’s the point of my mail. The internet, YouTube, just TV and media mean that it’s all in our face 24-7 and probably greeted by a shoulder shrug.
But back then, finding footage was harder to come by. It needed going to wigan market and buying a VHS and everything just seemed rarer, more magic and mystical.

When I look back now or see a program from back then, it takes me back, makes me feel how I felt for example watching Italia 90. Then the birth of the premier league and early sky coverage.
Channel 4 Italian football, those shallow, loose italian nets that absorbed and swallowed the ball when it hit them, players like Totti and baggio.
A time when a foreign player arriving here was so exciting, when names on the back of shirts was a brand new thing. So many things that were just magical, far too many to name or even remember.

I still love the game, but everything, for obvious reasons is of course diluted, and I’m semi ok with it…

I’m sure kids now still love the game but it HAS to be different and I feel lucky that I’ve seen both sides of the coin.

Maybe in 20 years my nephew will write in saying how different the game is now than when he was a kid in 2021….

Be great to hear what people think about this, about era’s, about how things used to be, or even if it’s better nowadays.
Wigan Dave

Ole and Bruce – cut from the same cloth
Thanks to the Mailbox Man Utd fans that bothered to say ‘well played’ to Villa at the weekend before their mostly well-judged and coherent rants on the state of their club. We did play pretty well. I thought Dean Smith was off his head trying to overload so far up the pitch on a Man Utd side who bloody love a good counter attack but, as has been repeatedly demonstrated, I guess a Premier League football manager knows more than me.

Monday morning’s mailbox had contributors bemoaning their managers and I can see why. Many of the Spurs/Utd comments reflected exactly how I had felt about Steve Bruce. I’d be watching a game and thinking “What is it exactly you are trying to do here?”. For a while, I just assumed he had an in-depth, complex tactical plan that I just couldn’t understand. But no, the longer I watched the more it appeared as if he just plonked the bestest players on the pitch and told them to play. His press interviews only confirmed it.

When Dean Smith came in, immediately you could tell the difference. He had a set formation. Combinations of players were working together. As he bought players in you could see how they would fit in the system and with the players he already had. It’s not always worked of course. Sometimes matchups happen where he had no answer, we come across much better teams than us on the day, occasionally you have to shrug your shoulder and realise football is just pure chaos but he never panicked or abandoned formations without testing them thoroughly. Most importantly he has buy-in from all his players and I have only seen one match under his supervision where I felt they had let him down (6-1 loss at home to City – I mostly blame Danny Drinkwater). He has turned around some poor sets of results, most notably to keep us up at the end of our first season back in the Prem.

Being a football manager is a mad, mad job. No doubt. The reason I can empathise with spurs/utd fans today is the least we expect is a plan and a set of players working their socks off to carry it out. Watching Tottenham and Man Utd this week felt a little bit like the Steve Bruce days to me so moan away. I did.
Andy (Dean Smith and Ezri Konsa are totally underrated – long may it continue) Pandy

Fergie’s style
I have read and heard so much about Ole’s style of play (or the lack of it), so much that I have this burning question now, can anyone tell me what SAF’s style of play was?

It was not possession football, it was not counter attacking football (although this was a big part of it), there was rarely any high press especially one that lasts throughout matches, there was no great building out from the back and there certainly was no tiki taka.

And please do not say 1 or 2 touch free flowing high risk football, because this is an aspect of a style and not the style itself. For example, City play quick 1&2 touch football around the box regularly but that’s not their style of play, their style is overloading players in a section of the pitch before either releasing a player with a through ball or switching the play quickly to create holes in the opposition system to disorient them.

So again, what exactly was SAF’s style of play?
Ehab MUFC

An alternative to Game 39
With talk returning about a 39th game, here is an idea

No more than 4 players from each team

Could put some players in the shop window so to speak……….”look what Chris Wood can do paired with Ronaldo and being fed by De Bruyne, Salah and Saka
Liam (where have all the letters gone?)

Defending Nuno
“Nuno Espirito Santo is a good man, and to say that he knows nothing about football would be an absurd over-simplification.”

What an incredibly disrespectful line. No-one said he knew nothing about football, it’s you that’s insinuating it by even mentioning it in the first place. If that was in The Sun then it would be top of Mediawatch. The man who took Wolves to two 7th place finishes. Nuno might not be the fit for Spurs but to even suggest that he knows nothing about football from up there on your high-horse is ridiculous. The performance was awful, but I seen Spurs beat United 6-1 and United to go on and finish the season 2nd. Arsenal tore through United to win 1-0 at Old Trafford last year and look where they finished. Look at Arsenal at the start of the season and Spurs at the start of the season. You’re literally there sharpening knives after six games and 9 points.

And it should be noted, myself and other mailboxers called this out at the time when you kept trumpeting that Levy “won” against Kane. They could’ve got 120 million pounds to spend on reinforcing the squad as a whole; they could’ve done without his sideshow of performances and the player himself could’ve done with it. Keeping him made no sense for anything other than a pride war. 3 new good players (striker, and either 2 midfielders or 1 midfielder and 1 centre-back) would have been better for Spurs than this.

When is a derby not a derby?
Last night was the latest round of the “Why is this a Derby” Derby, referred to by some people as “the A23 Derby” and if you’ve ever called it “El Gatwicko”, you should be forced to explain to John Yems that you’ve never heard of Crawley Town. 46 miles between the two grounds might be too far to be “local”, but it should be pointed out Carrow Road and Portman Road are 45 miles apart, while one route (not the shortest) on Google Maps between Anfield and Old Trafford is 42 miles.

Crystal Palace and Brighton & Hove Albion play out a very English rivalry, forged in the old Second Division and now being played in the top flight. A vendetta that has lasted nearly half a century, through various in-match flashpoints, personality clashes and acts of one-upmanship; mostly, the rivalry has played out through one team enjoying great success at the other’s expense, or one being denied glory through the actions of the other. Last night’s game was the perfect case in point: Palace hero Wilfried Zaha puts away a kick from the penalty mark and gives the away fans some stick, Neal Maupay scores and does the same to the home fans; Brighton & Hove equalise with the last kick of the game and burst the Eagles’ bubble, but by holding them to a draw, Palace prevent Albion going top of the table for the first time in their history. Honours even, or further spice for the game at the Amex on 15 January?
Ed Quoththeraven

Gallagher’s great
Since F365 put out a call to arms on their twitter at the lack of mails this morning, I thought I would drop in a shorter email than normal and talk about Conor Gallagher.

He may have only played 6 Premier League games so far this season for Crystal Palace but from what I have seen I have been truly impressed by him, from his ability on the ball as well as his determination he truly could be a special talent in the long term for Chelsea, one moment from last night that stood out was when he was part of a Crystal Palace counter attack and got taken out by a two footed challenged, yet instead of remaining down on the floor he shot straight back up and carried on baring down on the Brighton goal, sadly Ayew missed the chance provided to him but he really did show a fantastic attitude.

I would love to hear from Crystal Palace fans on how they view the all be it small sample size of game time from Conor Gallagher this season, but a question for the wider Mailbox community, who is a player your club signed on loan that truly impressed you, did they go on to make it big back at their parent club or somewhere else or fade into obscurity?
The Admin @ At The Bridge Pod