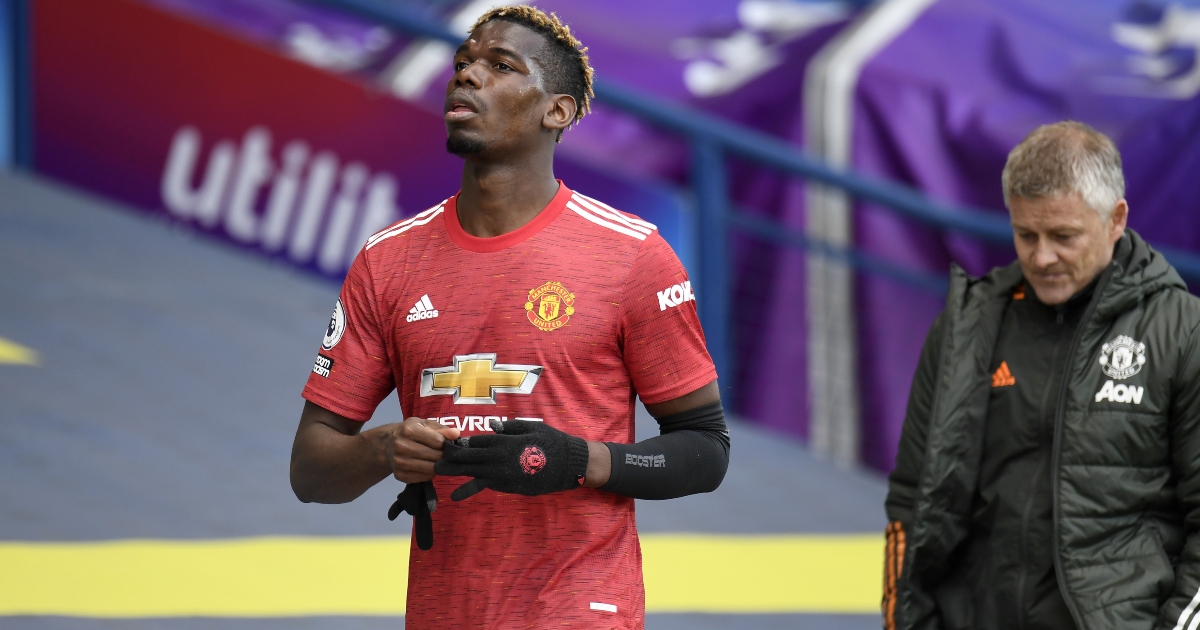 Thanks for your mails over the weekend. Come them coming to theeditor@football365.com…

The Pogba debate
A collective shrub is right. Paul Pogba came, he dazzled, he faltered, he will go. Meh is right.

I wish it wasn’t so but it is looking like it will be so. Blaming United or their fans is silly. He has been given more chances than anybody, more system changes to accommodate him, more attention than anybody. Still he can never consistently done it.

I would agree that our team has never fully had all of the tools to make him fully shine. But just after Mourinho’s departure we got to see 4 goals and 4 assists in his first five games. Never before had we seen this form and never again would we.

Did Ole decide not to play the way that gets this form? Nope. Did something change for Pogba in order for him to slow down? More likely, because within 2 years we were desperate for Bruno and some impetus from midfield.

For me that was the deal breaker. He showed the world what he can do in the right head space and yet that was that. Never again.

I would consider him the ultimate luxury player who is perfect for PSG. He has the amazing long passes and the occasional dribble from midfield as well as the potential to score goals.

But as you rightfully pointed out, he is a liability. Defensively and in terms of possession. If his hearts not in it, then our entire team suffers. He will go there and for sure make the reels with Neymar, Mbappe and co, and hopefully with Gini and Veratti, as well as 3 world class defenders, can give him the protection his liabilities will no doubt cause.

If you can’t be the first pick out of McFred and Bruno, and somebody is offering 45m, snatch their hands off and away you go.

I will miss his passing and the five things good you mentioned but not much else. Hopefully his leaving becomes like Trumps ban on Twitter. Where has all this new news space come from?!

Good luck, Varane
Man Utd fans should rejoice at the news of Varane transfer. Varane is a solid center back with real pace and ball playing ability. He might not be an intricate passer from the deep, but is one who uses both feet very well, very good in the air and a great attitude to go with them. He will have a bigger impact than Maguire and might actually make Fred a better DM. He will allow United to play high up and make counter pressing a good attacking option for them.

I’ve enjoyed watching Ramos and Varane together for the last few years and I’ll be sad to see him go. But he leaves with good wishes, without any ill feeling.

Sure, he might have a mistake or two in him, like the ones he committed vs City in CL, but they are far and few between.
Real fan in California

F365 Features: Every £20m+ signing ever made by a Premier League club

Unfathomable Romero
I loved him for all he did and for his time there, but my world Sergio Romero is a player I don’t get.

He has been recently linked with Chelsea and Juve, to no doubt be there No.2’s.

How has a man spent an entire career as a number 2. Especially given the fact he is pretty handy. He did make it to number one for Argentina which makes it even more bemusing.
Calvino

Kane will go
I have no idea but I do have a feeling that the Kane saga was probably already decided and is good to go. The reason it is not yet done is because of Harry’s status at Tottenham and Levy wanting to save face. It will go through near the end and both teams will be worse off for it.
Calvino (Just a thought) 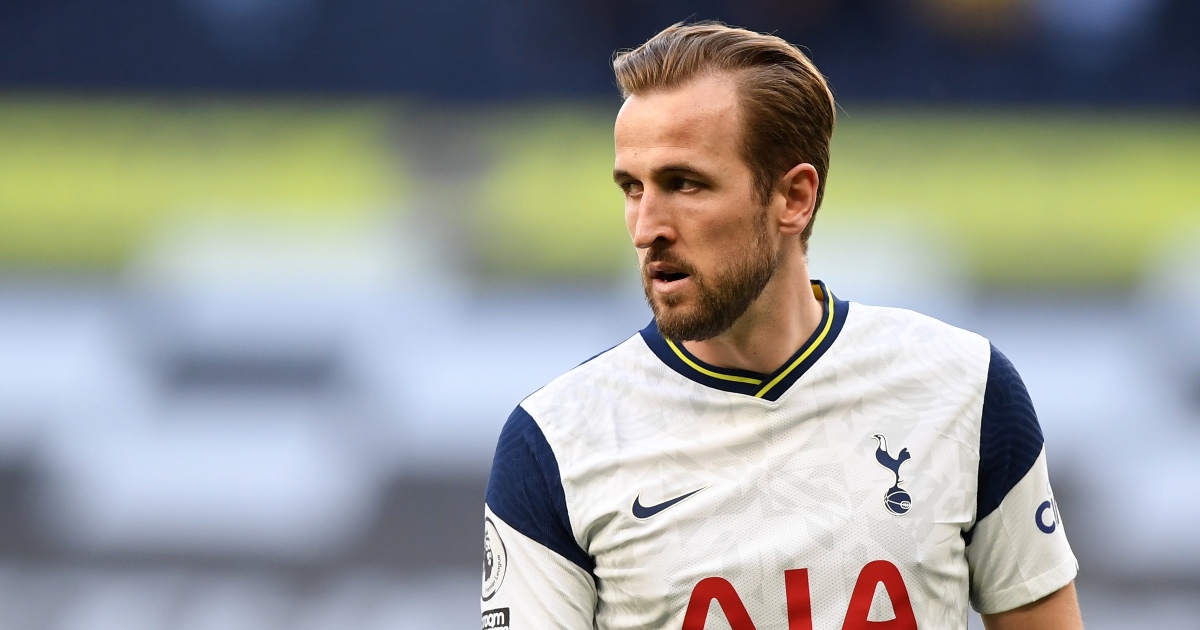 Dortmund’s approach
Have to say Ved got it spot on re Dortmund. I’ve been wondering about the same for the past few years and he nails it.

I saw a comment under the previous Mailbox where Greg said, Well you can’t question Dortmund’s lack of ambition because of their average league position yadda yadda yadda.

However, that completely misses the point.

We’re talking about a club that has so many talents and have been oh so close to the title the past 10 years (When Bayern, admittedly, slipped up during those times) and yet failed to capitalize on it and win the title even once?

Surely the whole point of a league is to have competition and the fans should be well within their right to expect Dortmund to have seriously challenged for the title and possibly won it at least once since Klopp left?

But hey, how dare we suggest fans and clubs have ambition eh!
Sid (Bangalore, India)

Postcard from Athlone
Just wanted to give a special mention this morning to what may have been one of the greatest cup ties ever with one of the greatest goals ever scored last Friday night.
FAI Cup 1st Round, Premier Division Waterford versus First Division Athlone Town.
2-0 up, favourites Waterford have a man sent off in the 68th minute. Back come Athlone Town with 3 goals in 13 minutes to lead 3-2 in the 88th minute. Waterford get a last gasp equaliser in the 91st minute to send the tie to extra time. Both managers are subsequently sent off.
Enough drama? Nope. In the 122nd minute, 10-man Waterford grab a “winner” with what should be the last kick of the match. 3-4.
Game over? Nope. With no time on the clock, Athlone’s ex-Liverpool striker, 21 year old Glen McAuley, shoots directly from the restart from inside his own half. You guessed it. Straight into the top corner. From his own half. 123rd minute and last kick. 4-4 and to pens, where Waterford win 4-2.
It was McAuley’s hat-trick goal. And it was his first game for Athlone Town having signed only hours before kick off. A Puskas award contender, especially given the context of the game.
So the lad scored a hat-trick on his debut, one of the goals of the decade, scored his pen in the shootout, got the MOTM award…and still ended up on the losing side!
Luckily it was all captured on camera. It’s well worth looking up. This must to go in the “Things we loved” section. I’ll put the links here for The Ed. The commentator’s live reaction to the goal in the second link is especially brilliant…

Absolutely incredible goal by Glen McAuley to score his hat trick and equalise for Athlone Town, the game goes to penalties! 😱@AthloneTownAFC 4-4 @WaterfordFCie

OH MY GOD 🤯@irishfantv summed up how everyone was feeling @AthloneTownAFC Stadium last night!