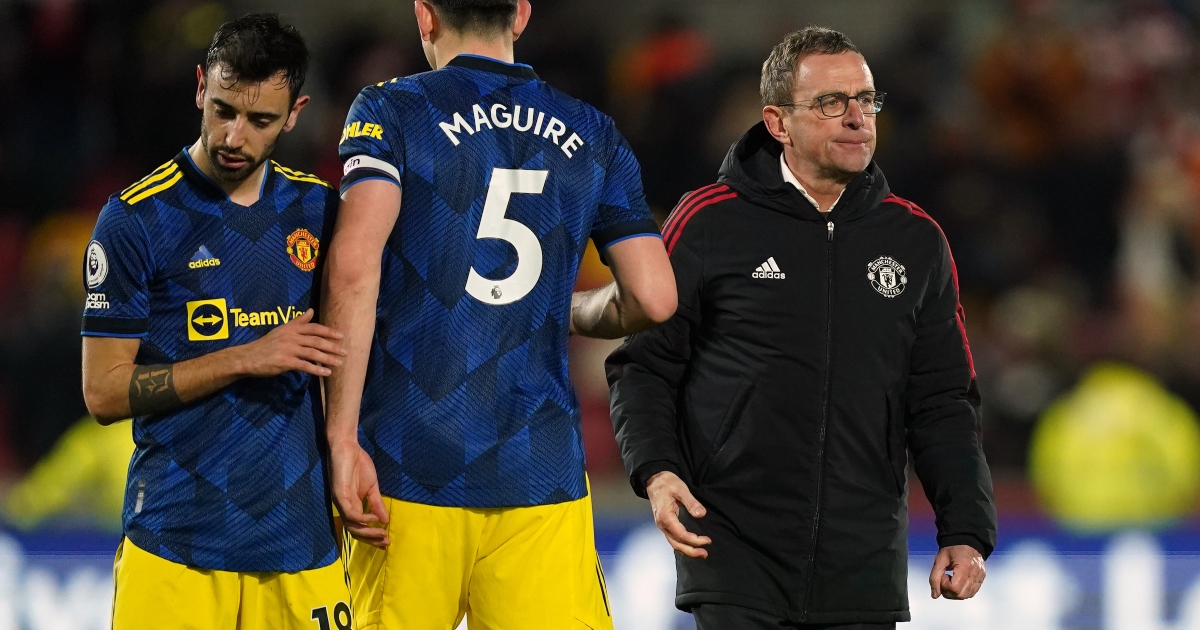 The Mailbox reacts to Spurs’ ridiculousness while proclaiming Harry Kane as the world’s best midfielder. Plus: Man Utd…

Team of two halves
Yet another game that gives us hope. Although beating Brentford is not exactly something to get too carried away with.

For all the hope Utd might have provided with the second half performance this is a story that we have seen far too many times in the last 3 years. Under Ole there were multiple games where we were poor in the first half and then came back from behind to win. Tonight was a similar story. It is not good enough that a club of this size goes into the first half waiting to see what the opponent will do and then at half time we can reshuffle and hopefully repair whatever damage was done in the first half.

A top side with ambitions of winning silverware needs to have the opposition on the back foot for much more of the game than they can do the same to you. We need to have a plan for how we will play that will cause problems for the opposition. Every team we play against has a way of playing that is available for coaching staff to watch the “videos”. Why do we play in the first half as if we didn’t know who we are playing and what their strengths and way of playing are? That’s for Sunday league and pub teams, not elite football.

Watch the damn videos and setup a team that can win the first bloody half!
Jon, Cape Town (Pep is not in Fergie’s league (no-one is), Fergie didn’t have anywhere near the strength of squad cheat code that Pep has)

Rangnick proves his worth to hot and freezing cold Man Utd

Before we’ve even had a chance to resolve the latest one, another is looming large.

By this summer Cavani, Pogba, Martial, Lingard and potentially (probably?) Ronaldo are all likely to have left the club.

That leaves us frighteningly short up front, with just Rashford, Greenwood and Sancho as recognised first team forwards, all of whom are underperforming to some degree this season.

Elanga might stake a claim next year, but I’d be less sure about the likes of Diallo or Pellistri.

That means more recruitment in those positions is required in the summer, which won’t come cheap, and will drastically reduce the budget for badly needed midfielders.

In the last transfer window we were talking about the final piece of the jigsaw puzzle, now it looks like another lengthy, expensive rebuild.

It’s hard to overstate the anger felt by fans at those overseeing this mess.

We’re as far away as ever from challenging for titles and it’s seems increasingly likely that we face Liverpool-style 30-year wait for glory.

In my view nothing will change while the Glazers remain in charge and I’m disappointed the fan protests earlier in the year have been abated.

They should resume and stop only when they’re finally driven from our club.
James, Dublin

Spurs’ late show
So, according to Opta Joe the Spurs comeback was the latest in a Premier League match a team has won from a losing position, but that doesn’t even half describe how incredible it was.

So basically Spurs were a goal down with only 17 seconds of football left. And won.

Surely a record in any professional league ever?
Ben, London, Spurs

Thanks to Arsenal
As the dust settles on Spurs’ outrage at “The Postponement” ( have their been others? I’ve checked the press….) – perhaps the question needs to be asked ;

Do their legs last until the 96th minute to win that game if they had played on Sunday?

Hard to say that they would.

You’re welcome Spurs. Arsenal are expecting a thank you note and an apology.

It’s almost as though there are upsides and downsides to this complicated state of affairs and any attempts to focus on one over the other are disingenuous.
Johnno

– This was the second away win on the bounce with the 2 winners coming in the 96th and 97th minutes. Fergie time. You don’t tend to get those last goals without a manger is feared and revered. We are truly lucky to have him.

– Kane looked very very good. Easily the best he’s played this season. When off the pace or with a failed transfer on his mind his lumbering frame can be painful to watch. When on his game those fluid movements seem to defy his build.

– Surely Bergwyn can’t move on. The manger has been making eyes at him for a while. Cue injury time explosions. £15m bids from Ajax are a piss take.

– Possibly Doherty too. Easily his best half as a Spurs player this evening. We’ve all been on tenterhooks day by day as nothing happens in the transfer window. Maybe, just maybe, Conte might be able to get something out of the players currently in the problem spots.

– Don’t turn the telly off after 94 minutes

– Go and do the loan at Milan Tanganga. You’ll come back a better player for it and we look forward to seeing you back. Crappy month, dier and Romero can’t come back soon enough, I’m praying you don’t play against Chelsea but you’ve still got it

– Feel a bit sorry for Leicester

– That would not have happened 3 days after the North London derby. The squad would not have had it in them after such an intense match. That little bit of extra rest before Chelsea and Leicester away came at just the right time.

– Don’t turn the telly off after 94 minutes.

Kane in deep
Harry Kane is one of the best central midfielders I’ve ever seen.
Robert, Birmingham.

Postmen
Am I the only one who noticed that 4 out of the 5 goals in the Leicester v Spurs match were in off the post?? Love that! Bergwijn’s first goal let us all down.
Gerard, Belfast

Forgotten man
How was Marc Albrighton not the player you forgot about at Leicester?
Jack (Decent result but not our best performance against Brentford last night, lots more work to do) Manchester

Pep retort
Way to misread a headline fellow mailboxers. I don’t think I, or others who wrote in on the subject of Pep leaving Man City, actually disagree with any of the following comments that came along.

Just to reiterate, I don’t think Man City will crash and burn as United did post Fergie. I am saying that, relatively speaking, the effect on their dominance of the league and hoovering up all the cups, will not be quite so forceful due to Pep leaving. My youth was spent with Man Utd at least challenging for, if not creaming the pants off the league title every single season. Extraordinary. And that was due to one man.

As Jon, Cape Town wrote ‘While (with) another manager may well be a drop off, any manager could win the title with the squad, finances and infrastructure City have built (maybe they wouldn’t win as often as Pep or as many cups).’ Italics mine.

That is exactly my point. They will drop back ever so slightly into the chasing pack, given the illusion of competition and, given the strength of the PL itself, will enable other clubs to challenge for the league. What we won’t see is a dominance that we have come to almost expect. They won the league last season by 12 points. They will do so again with bells on this season.

As others have said, spending the money is only half the battle, it doesn’t give you the guarantee of success. Newcastle still has the look and feel of a basket case who will splurge and absolute f*ck-ton of money and will come nowhere near City’s dominance. And Everton! So they need more than that and it is Pep that gives them that extra 1-2%, the marginal gain needed to do what they do.
Rob (a lunch time mailbox? Is everyone else slacking off work?), Leicester