Home Mailbox Man Utd are right over Ole, and why selling Salah is a dreadful idea… 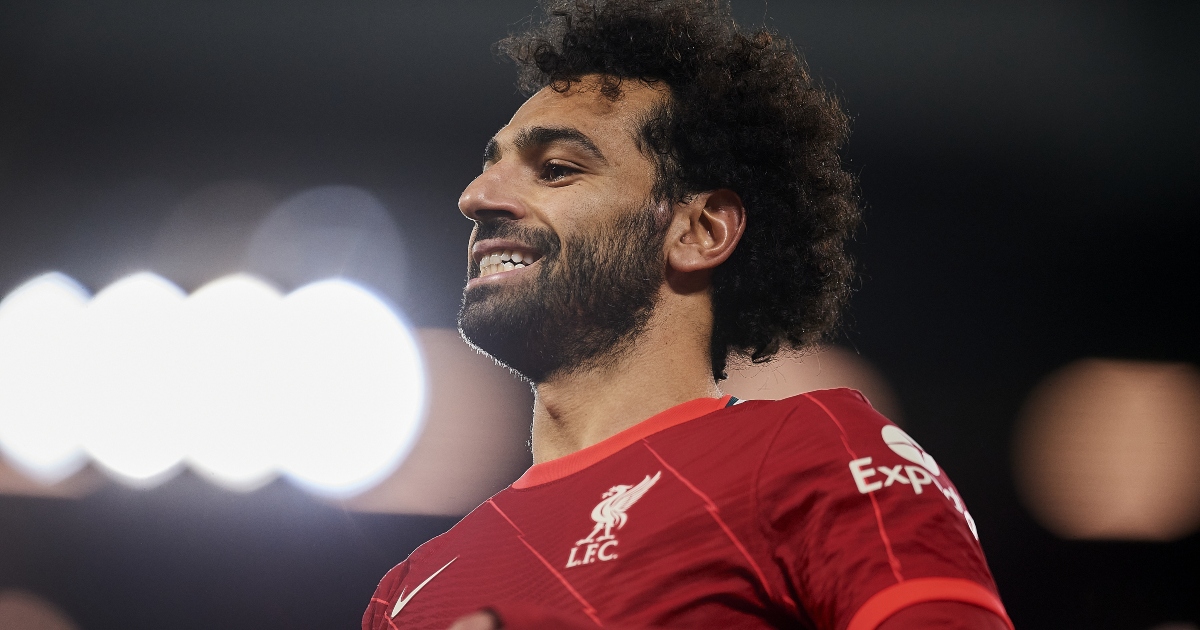 The Mailbox reckons Man Utd are right to keep Solskjaer until the right replacement becomes available. Send your innermost thoughts to theeditor@football365.com…

Don’t sack Solskjaer yet
Whilst I cant argue against the fact that Klopp or Pep would do wonders with this United squad, I do have to side with Gary Neville when he asks who do you hire? There are very few guarantees in football, Pep is one, Klopp it appears is one and beyond that – maaaaybe Tuchel but he hardly tore it up at PSG. For every new manager you start over again, there has to be some merit for sticking through the bad period and learning from it. Same with players, yes some fall off a cliff and are never the same but equally some players just have a bad season, Mane at Liverpool was awful last year but this year seems back to similar levels, Shearer went 2yrs not scoring for England, Kane is having a mare right now – it does happen. You probably learn as much about your squad in a crisis as you do in the good times, and if anyone knows that then its Fergie who you can bet is still a casting vote in who manages United.

Until a Pep (who by the way toyed with Fergies great 2010 side like City did on Saturday) or a klopp becomes available then what do united really gain? Its still only 11 games gone and as this weekend showed, anyone can lose/draw with anyone.
Sid

Brendan for Villa
So the bookies have Stevie G, Roberto Martinez and John Terry among the favourites to be the next manager of Aston Villa. As a Villa fan, I think we need to be setting our sights on a higher calibre of manager that shows the ambitions that the club actually has. Would the likes of Gerrard and Terry even be in the frame for, lets say, the Arsenal or Everton managers role were they to become vacant? Were either of them even considered for the recent Spurs job? Not in a million years. Spurs made their statement of intent clear by hiring a top manager in Conte, and now Villa need to do the same. If we truly want to be mixing it with the big boys and challenging for Europe, which clearly is the vision of our owners, then appointing a young and unproven manager is not the way forward. We need a proven winner to lead this club back to where it belongs. Did somebody say Brendan Rodgers?
Neil (AVFC, Dublin)

Wizard idea
A dozen years ago, Villa had a manager whose name was not to be mentioned on the old F365 forum due to some legal matter and was thereafter dubbed ‘Voldemort’.

Would it not be appropriate for their next manager to be someone called Potter?

Sadly (and obviously) it will not happen
SirSteveUK (USA)

A season of ‘if only’
Jurgen Klopp has said the counter press is the best number 10 in the world, creating chances in broken space better than any number 10 can.

Watching teams create 1 vs 1s with our centre backs with one decent pass maybe Jurgen overlooked which team his system was creating chances for.

But pithy observations aside, Liverpool’s system relies on constant pressure suffocating the opposition in their own half without time or space to find a way out. If the effort is not there or the personnel to implement it then it can look like a very silly system indeed.

In fairness to Jurgen the fact that this has happened so rarely is testament to the recruitment at Liverpool, his managerial skills and the players themselves.

But as a system it is unforgiving. At the moment Liverpool are light in midfield despite having 8 recognised midfielders, how does this happen. By the following:

Poor recruitment: Keita, Thiago and Chambo are 120m worth of unreliable midfielders. No club in the league bar City can get away with squandering 120m in one part of the field.

Gini’s mistreatment: our one ever reliable midfielder was shipped out this summer for having the temerity to request a contract commensurate with his efforts in bringing the league and champions league to Anfield. Treating good people badly is never a successful strategy.

Bad luck: Fabinho and Hendo look like they should be ever present types but get periodically injured. Maybe it’s the system but one would have thought this could’ve been foreseen, ie but lads who can run all day first and foremost if that’s what you want. Harvey Eliott was unfortunate too obvs.

Overall though this feels like another season of if only. In my 30+ years supporting the club I have watched some truly world class players pass through supported by absolute mediocrity (Ryan Babel syndrome) for the want of 1-2 more decent investments.

Sell Salah?!
Sorry, but I cannot let Jamie, Eire’s nonsense about Liverpool selling Salah go unanswered. There are seventy-five reasons why it’s a terrible idea, but here are the key reasons in no particular order:

1. Jamie suggests Liverpool sell Salah for “200 odd million to invest back in the squad.” Firstly, who in-the post Covid market is paying 200 million for Salah? City, or PSG; both of whom are direct rivals. So probably don’t send your best player to them.

2. Secondly, even if they did achieve that ungodly sum, the likelihood they end up with a better squad is exceedingly low. Yes Liverpool did manage that with Coutinho, but that really is the exception not the rule. Villa after Grealish, Tottenham after Bale, Barcelona after Neymar, and Liverpool after Suarez are all fantastic examples of clubs utterly failing to invest the proceeds from the sale of a superstar wisely.

3. In baseball analysis, there is the concept of “wins-above-replacement” (WAR). A player’s WAR is the number of additional wins his/her team has achieved above the number of expected team wins if that player were substituted with a replacement-level player. Salah likely has the highest WAR in the premier league, while a player like Kepa (or after Sunday Alisson) would have a negative WAR. My point is Salah would likely be utterly impossible to replace. Yes, Liverpool might end up with a slightly better left back or centre midfield, but the drop off in attack would be so precipitous that the entire exercise would be madness.

P.S. I was at the London Stadium on Sunday and it truly is a shocker. It’s like watching football at a cricket ground. Also the West Ham bubbles tradition is downright weird.
Oliver, London

Becoming a regular theme
Last season, Pickford fouls Van Djik with a high two-footed tackle, and does NOT receive a yellow card. On hindsight, most agree that it is at least a yellow, if not a red card.

This season, Cresswell fouls Henderson with a similar high two-footed tackle, and also does NOT receive a yellow card. Again, on hindsight, most agree that is is at least a yellow, if not a red card.

How has the refereeing standard improved ?

Most pundits says “…the boy (Pickford & Cresswell) is lucky…”

I say, “…the referee is lucky….not to get sacked…”
James How, Anfield Reds

Disallowed goals
All of the reporting on the Arsenal v Watford refers to a missed penalty, and a disallowed goal for Saka, but for some reason overlooks a second disallowed goal that Aubameyang toed into the back of the net when Odegaard was set to register only moments after coming off the bench. The same applied to all of the apps, which tend to show disallowed goals in the VAR era.

Have we come so far with VAR that the only things that qualify as disallowed goals are goals that are disallowed by the machine and the invisible man? As far as I can remember we had disallowed goals in the times before VAR, and they were for this exact instance. Sometimes it involved discussions between a referee and a linesmen, but any time a ball crossed a line before a whistle it reported as a disallowed goal.

This may seem pedantic, but I think the reporting on the match should correctly recognise that there were 2 disallowed goals and a missed penalty in Aubameyang’s most Werner of performances
Joey – Yes, a gunner