Home Mailbox Solskjaer should copy Keegan and do the honourable thing… 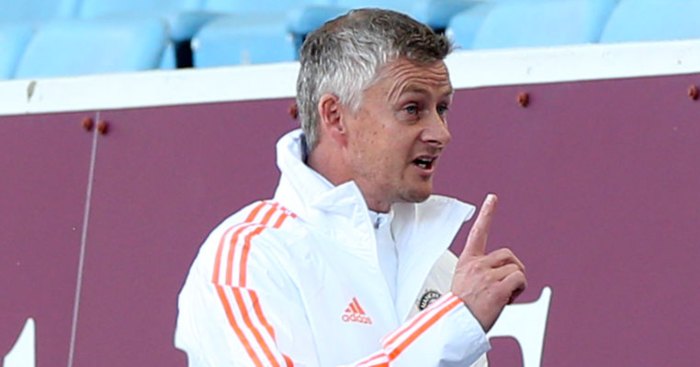 Anything to add? Send your mails to theeditor@football365.com…

Ole should walk
I absolutely agree with Ved Sen’s assessment that Solskjaer needs to make a significant and difficult change, but it’s not on the pitch.

He needs to resign. If he truly loves that club, he’ll man up and admit he just wasn’t good enough, like Kevin Keegan did for England. His bosses are too indecisive to get rid of him, at least not until all the best alternatives are otherwise employed.

By walking out now, he puts the onus on the club’s executives to hire a proper manager, and he gives that manager almost a full season with the squad. Go on Ole, do the right thing.
Martin, BRFC

Where United stand
Simple statement of truth, what do us Man Yoo fans want? If it’s to win the league in 3 years (even 5 years) then harsh truths on the way.

It can be argued that Chelsea have a stronger squad, they may/may not gel…

Chelsea and City have much deeper pockets, Liverpool can spend from a position of strength and excellent financial mgmt, Everton are also been given big budgets by Farhad Moshiri

It can be strongly argued that Everton, Spurs and Leicester have better Managers

Based upon track records and success, it could be argued that any other Premier League Manager could as well or better given the resources spent

So if we know at least 4 other clubs are able to spend (Liverpool, Citeh, Chelsea and Everton),

3 of those clubs have proven Managers, with one similar to Ole (let’s say on par)

Leicester and Spurs have proven Managers (with limited budgets, but Spurs have the Bale factor)

So based on this we could potentially end up anywhere between 3rd and 7th. To restate, for us to finish higher than 3rd in the next 3 years, Pep and Klopp both have to move on and/or funding needs to be pulled. Meanwhile we need to hope NOONE else is able to make a sustained challenge.

Whilst I fundamentally disagree with the way the glazers have been able to buy us with leveraged debt, the fact remains our net spend over 5 years has been £484.88m, with only Citeh spending more (£601.98m). Liverpool are in 14th place having spent only £107.58m. It’s not all about money!

What needs to change? A Director of Football would be useful. Club needs different ownership, well sure, but ain’t gonna happen, plus we did have a rather successful time when they first bought the club out. Woodward is extremely culpable (but ain’t gonna happen)…Moyes was an awful appointment, Van Gaal and Mourinho were both brought in when in decline it seems, and Ole (whilst I love him) has won the lottery. I hate the chop and change, but no track record of success whatsoever, yet presiding over the biggest club in the world. Whilst he has bought reasonably well he has still been able to spend an eyewatering £220m and still end up 30 odd points behind Liverpool. Whilst he has brought some tradition back to the club, I’ve not heard a single fan or pundit say he’s tactically a good coach. As the only realistic change to be made, better to take a gamble on an up and coming manager who has some success (as with Fergie) and give them the 3/5/20 years plus when we won’t be challenging!

Adapt or die
I wrote in at the beginning of lockdown with a view that a fair number of clubs would not survive Covid-19 and, with the latest setback re: crowds, I’d say it’s now a certainty. Unless, of course, the Government steps in but I wouldn’t hold your breath on that. About as likely as the PL doing the same.

Which brings me to the excellent mails yesterday from Tom G and Zaren because they show the kind of innovative and flexible thinking that clubs will need to employ if they are going to survive. Much as every other business has had to. Well, where they’ve been able to that is.

It seems to me that clubs in Leagues 1 & 2 are most at risk simply because they rely more on bums on seats along with the food and drink sales that go with it (as opposed to TV revenue), than their PL and Championship counterparts. I especially think that the live streaming for a fee concept would be ideal for these leagues. The government could help, at no cost to them, by introducing legislation, if it were needed, to allow clubs to live-stream their games and to charge for the privilege. Pricing would be tricky, and it clearly wouldn’t equate to income from a pre-Covid match but it would, literally, be better than no income at all.

The next two suggestions will have many spitting blood but bear with me.

First up is selling your stadium and ground sharing with a PL or Championship club. This includes use of their training/medical facilities, for example.

Next up is amalgamating with another club and, therefore, pooling resources and the consequently larger fanbase.

Yes, I know. Sell my ground? Why don’t I just sell one of my children as well? Amalgamate? Yeah, I’ll just get my partner to shag the person I hate most in the world.

I would gently remind readers that pubs, clubs, theatres, restaurants, galleries, museums, cinemas and the like are also going under in huge numbers. They are also screaming for aid from the Government to stay afloat. But we all know the bottom line is that Westminster simply can’t subsidise them all. Or Rugby, cricket, tennis or horse racing. Or music festivals, or Notting Hill or, well you get the point. As an aside, but to present some focus, I bumped into a mate today who now works as a Waitrose delivery driver and he now has four former Easy Jet pilots doing the same job joining within the last four weeks.

I don’t for one second suggest I have the answers and I write this for the sole purpose of fellow mailboxers providing realistic and sustainable alternatives to football clubs folding. If, that is, there are any. Realistic, not wishful.

But the fact remains that we are all going to have to change how we support our clubs if we want them to still be there in 12 months’ time. This, vitally, includes our own lifetime experience of following the team we love. Our matchday routines. The travel, food and drink. The people we always see before/during/after games. That’s all gone, and we need to both embrace that fact and move on from it. Personally, I don’t believe that the current top four league will survive.

To quote a hated corporate missive, clubs need to think ‘outside of the box’. If not and they fail to adapt to this grim disease, then the only alternative is that they may cease to exist.
Mark (You adapt, or you die). MCFC.

Sore Ed
We are often told that strikers need to be selfish to be successful. While this may be true in most accounts, I think there can also be a bad selfishness.
In Arsenal’s game last night, Nketiah berates Pepe for not putting the ball Infront of him for Arsenal’s first goal (own goal). From what I saw, Pepe attempts to put the ball into Nketiah’s path, but it is saved by the keeper and rebounds back to Pepe. He again tries to play it to Nketiah, only for it to be deflected in by Fuchs.
Eddie’s response isn’t to celebrate his team taking the lead, but to skulk of as though the team had actually conceded. I saw this type of attitude once before when he was at Leeds too. I hope it is just an age thing, and he learns to think of the team before his own personal goals in the future.
Jovan, London

Chelsea smile
Well what a satisfying night of League Cup football that was, it may have “only been Barnsley” but they infamously knocked us out of a cup competition the last time we played them so never take any match for granted, but when you can field the team we can now with our squad you don’t worry of an upset to much.

A hat trick for Kai Havertz was fantastic to see, hopefully that gives him a much needed boost and he brings that to his Premier League games, I’m confident it will, overall a professional performance as they call it and debuts for both Thiago Silva and Ben Chilwell, our first team players we missed due to injury are slowly getting back into the fold which is a huge bonus.

One note of interest, no Loftus-Cheek in the squad, which does make the mind wonder what is next for the talented player, an Achilles surgery is a tough one to come back from, read numerous articles about such surgery and the positive outcomes for athletes aren’t great, certainly a wait and see.
Mikey, CFC

Sh*thouse FC
Now that Luis Suarez’s move to Atletico is confirmed, you just have to pray that Simeone is planning to play him and Costa together and not one or the other. They would unquestionably form the sh*thousiest strikeforce in the history of association football.
Garrett (Fulham-Villa is the big one next Monday, forget Liverpool-Arsenal), AVFC, Dublin

EPL OK
In reference to Jamie Bedwell, Cheltenhamshire mail. I checked google and it told me this:

It makes sense if somebody is writing in from abroad that they would call it the EPL because that’s what it is called outside England (having lived abroad I can confirm this as a fact) so it smacks of ignorance to language police them. Quite a few countries have a Premier League so its best people clearly reference which countries PL they are writing about to avoid confusion in the mailbox. If everybody started writing in referring to their Premier League as the PL the mailbox could become a headache.

This site does primarily write about the EPL but many other countries’ leagues too. People in the mailbox write in from every continent so I’d like to read what they have to say even if it’s about teams from Japan (have we had a mail about Zweigen Kanazawa lately?) or the Czech Republic. People can call the PL anything they want as long as we know that’s what they are writing about and nobody in the mailbox should be making them feel unwelcome for doing so.

People writing from foreign countries using the term EPL certainly doesn’t “stain the reputation of F365 readers” but you have certainly stained your own reputation demanding they use your preferred speech.
William, Leicester

Politics365
William, Leicester gets very upset that the majority football365 readers are being alienated because F365 points out that Frank is a Tory. William suggests that he has never voted Tory but also doesn’t want to hear your opinion on conservatives because you’re not politics365.

By the same token I don’t want to hear William’s shit opinion on what a football site can or can not publish. He’s not a football site editor or writer so please kindly ask him to either hold himself to the same standards that he is trying to exact upon your lot, put up and send us a link to his footballnotpolitics365 website or (my preference) shut up.
Minty, LFC

Pricks everywhere
Everyone relax and take a deep breath. The Prick of the Week (POW!?) feature is just a little bit of fun. Stop being so serious and take it for what it is which is harmless ironic satire.
Dale (Voted Tory? Prick of the Year)