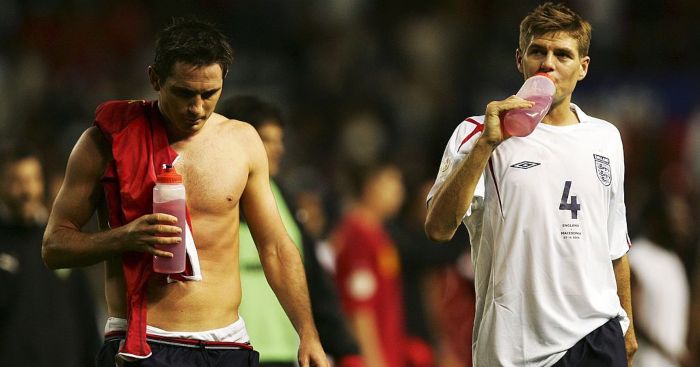 Send your thoughts on Man Utd and much more to theeditor@football365.com

An outsider’s view of the Pogba hatred
In response to Tim Sutton and his question on why Pogba attracts such ‘hystrionic hatred’. Not a Man U fan, so I speak from an outside perspective, but the impression that I get is that United fans expected to have signed Steven Gerrard, and have wound up with Frank Lampard instead. Now, without wishing to reignite the Gerrard-Lampard wars, I think it’s fair to say that while Lampard was a great (arguably superior) player, he usually had better players around him which obviously helped him to produce high-level performances, and one of the criticisms of him was that he seldom dominated games, despite his regular goal contribution. Whereas Gerrard was perceived as elevating the Liverpool team through his own performances and inspiring those around him. I don’t think that anyone questions Pogba’s talent – he’s clearly exceptional, but he doesn’t seem to have that ability to lift the team, either through actions or Henderson-style pointing and shouting when the overall performance is a bit flat. Like many players, he tends to play well when the team plays well. Now none of this is necessarily his fault, but he was a huge ‘statement’ signing and the perception was that he’d be leading Man U back to the pinnacle. Obviously that hasn’t really happened (yet), and combined with his unavailability for much of this season (which to fans may look suspiciously like prioritising country and a move this summer over his current club), it’s not surprising that there’s been a fair amount of disappointment from United fans. Especially when juxtaposed against the performances of Bruno Fernandes who’s come in and has immediately looked like far more of an on-pitch leader than Pogba.

There’s no denying that there has been a racial tinge to some of the criticism that Pogba’s received, but I do think that there are other factors at play.
Gareth M, LFC, Cape Town

Just a quick response to Tim Sutton on why Bruno isn’t treated the same as Pogba. Bruno has 7 goals and 7 assists in the Premier League this season, whereas Pogba has 1 goal in 3 assists. Difference in game time? Bruno has played an extra 22 minutes. Pogba will have to go it some to match that. Pogba has been injured admittedly but Bruno came to a new club and country in January and has hit the ground running faster than Usain Bolt. Pogba’s been with the club for 4 years now, and let’s not forget he was in the academy for a while as well. In fairness to Pogba, Bruno does take penalties which has contributed to his goal tally. But also in fairness to Pogba, Bruno actually scores his…

Tim’s assessment also omits the fact that Pogba effectively gave Southampton and West Ham their opening goals. So he’s on a net goal ratio of +2 over a quarter of a season. Bully.

Look Pogbas problems aren’t all his fault. In my view he’s played out of position, ostensibly because his passing is still better than McSauce and Fred. But his biggest problem is that Bruno is playing in his positions now and is honestly schooling him at it. Bruno may have been flat against West Ham, but that’s the first game In which he hasn’t contributed anything tangible since we played Norwich (he wasn’t credited with an assist against Palace but was instrumental in both goals). For Pogba it’s a pattern that stretches back over 4 years for United.

And that’s why Bruno gets more slack than Pogba.
Ash Metcalfe

Pogba is getting hate because of his history with the team. He’s already had hinted in the past that he wants to leave and “find new challenges” whenever there is any sort of discord in the team. In addition to that, Pogba was also an academy player that chose to leave because SAF (which opinion Man United fans will value more, obviously) does not thing he was ready and did not want to give him time in the team.

He seems to have settled back down on any “leave” talk for now, but obviously he is going to get less patience margin from the fans than say…….  a new player that has single handedly revitalized the team to re challenge top four.

When Fernandes has been there a few years and have done the same, it will be there for him too. He is in his honeymoon period and has done well in that short time of course he is going to get more margin before fans turn on him.

Fernandes also did not make two defensive mistakes in two games that led directly to goals recently, which caused United to drop two vital points in each of said two games. De Gea and Maguire have also done that this season and had *plenty* of criticism leveled at them, the former even had a famous rant by Roy Keane. When you make two big costly mistakes in a short period in addition to history I pointed out earlier, of course fans are going to turn on you.

In no way am I saying that Pogba has done nothing good for the team in his time. He was top scorer last year I recall, Pogba has also gotten some praise recently due him being part of the Matic-Pogba-Fernandes triangle, so its not like nobody has acknowledged his contributions even recently. Plenty of other moments and good runs of form where he was praised too. I remember one season where his injury absence from an upcoming City derby game was sorely missed.

Man United fans want Pogba to succeed, but it would be fair to say he has underperformed compared to expectations. Add that to the feeling over the years that he wants to be somewhere else and that can be a turn off for fans (even if it a understandable from a player career standpoint).
Yaru, Malaysia

Simple answer. Fernandes has done more for United since January than Pogba has since he became the most expensive player in the history of English football. Fernandes looks arsed. Paul doesn’t. That kind of thing shapes a fans opinion you know. Any player is entitled to a bad game, it happens, but when you know that player gives 110 every time you don’t get on his back for a bad game. When you have a player who blatantly doesn’t give a shit and won’t even take a ball to the face it can really rub some people up the wrong way.
Ryan, Liverpool

The mail this afternoon from Oliver, LFC, with respect to Dejan Lovren has left me incandescent with rage.  Incandescent!  I suppose it is no more than I should expect from a Liverpool fan at the moment, that he demonstrate such needless arrogance, with his ill-thought-out, throwaway opinions.

I refer, of course to his cheap dig, inferring that Lovren has made:  “…more mistakes than Nicolas Cage’s acting career.”

No statistics to back up his unfair jibe, no in-depth, subjective analysis.  Nothing.

This is the sort of thing I might expect from Paul Merson on ‘Soccer Saturday’, but I felt entirely unhorsed when reading such cruel mud-slinging coming from a regular of the F365 mailbox.  Even from a Kopite, drunk on his own success.

Cage may have recently fallen a little from the pinnacle of his career, when he was the leading light in such thought-provoking, avaunt-garde masterpieces as ‘Face-Off’, ‘The Rock’ and ‘Con-Air’; however his recent performance in Brian Taylor’s nuanced ‘Mom and Dad’ was something to behold.

I will leave you with this multi-layered piece of philosophical, verbal incision; delivered subtly and masterfully by Cage, towards the tense climax of the film:

“My kill ratio was nine out of ten.  It was one hundred percent sex!”

When Hendo doesn’t play…
Ok Aman I won’t “come at you” I will just make one point. You say that you could replace Hendo with x y or z but the evidence is clear, and not just from this season, that not every time but a fair few times, enough to say there is a trend that when Hendo doesn’t play, we can be a bit shit.
Ryan, (I believe we win the league in 2014 without his suspension), Liverpool

I’m not a Liverpool fan and I don’t watch their every game.  Having not rated Jordan Henderson previously, he has become a very, very good player now.  As Aman, MUFC says, there are more talented players but Henderson puts them on the front foot.  When I’ve seen Liverpool play without him, they’ve been rather passive.  He makes them play the way they do when they’re at their best.

Quick, incessant and with drive.  I’m not saying that he is the best midfielder in the world.  He’ll more than likely be bypassed by better midfields at next year’s Euros but think he more than deserves the writer’s POTY award.    Whilst I’m here….the conversation regarding stats – I support Cardiff and I’m sure there was a stat I read a few weeks ago that we hadn’t won a game where we had more possession than the opposition. Meh!
Rob CCFC

To Aman, MUFC I think Jordan Henderson is a modern day  Roy keane… He wasn’t the most talented player in that man utd team… He didn’t have great footballing ability… He ran ran about the pitch kicking opposition players.. And won the POTY for other contributions to the team.
Donp. LFC

Hendomoanium
Ridiculous decision. I admire Jordan Henderson and his response to receiving the award was very gentlemanly and humble. But if we are discussing the best player in the Premier League this season, he wasn’t even the best Henderson.
AC not in Milan

In response to the query about footballisms, this might be a comparatively minor one, but it still creates an irrational level of annoyance in me.

Why do commentators and analysts refer to ‘wide areas’, instead of, as the great majority of ordinary and sane people do, ‘the wings’? It’s not like it’s a less difficult or complicated shorthand, so why? Are they trying to sound informed and intelligent, granted that’s no easy task when you’re Andy Hinchcliffe, by using what they fondly imagine is a more technical term? Has anyone ever heard a player described as ‘running down the wide area’ or playing as a ‘wide area back?

See also’ the group’ instead of ‘the team’ or ‘the squad’. Not quite as pretentious, but still annoying.

Thanks for letting me vent,