Home Mailbox Man Utd would’ve been better off broke, and other mails… 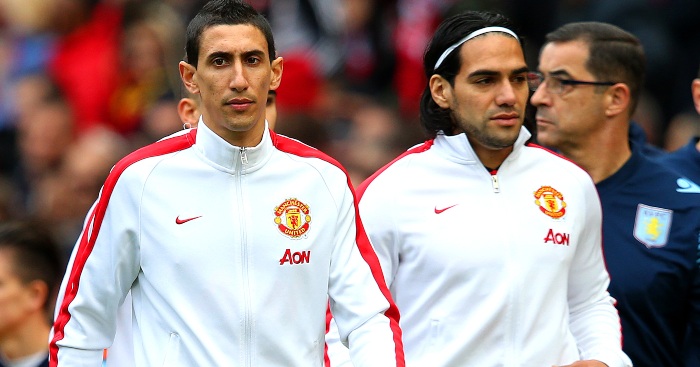 Kitty killed United
The recent mails on Best-on-a-Budget Managers has made me wonder: Would United have performed better over the last seven years if they had a stricter transfer budget?

In recent times United have not had the pressure of balancing the books RE outgoings vs incomings or establishing a strict wage structure. It doesn’t really matter if Sanchez and Pogba are sold for losses because sponsor revenue covers the cost of their replacements. As others have noted before the only pressure on the managers and players seems to be related to Champions League TV money i.e. Top 4 or bust. Lots of cash and low expectations should make their job easier right?

Counter-intuitively, have United become hamstrung by losing this dependence on player outgoings? What if they’d placed more emphasis on improving what they had, recouping or selling at a profit and buying long term prospects? I’d argue that they potentially avoid their two biggest recent transfer disasters (and avoid undermining any sort of sustainable wage structure) and build a better squad over that timeframe and maybe even consistently challenge for titles with a stricter budget.

I think everyone can agree the issue at United is rooted at almost every level in the club but having a high performing brand reduces the need for high performance in roles that impact results on the pitch. Ed Woodward is the embodiment of this prioritisation and that filters down through the ranks.

The Man City comparison is interesting because they too do not rely on transfer outgoings to supplement their squad. However, they do seem to limit themselves to a certain degree (no signings above £65mil) and Guardiola appears to be under more pressure to deliver titles rather than just Top 4. The difference is probably based on the (potentially nefarious) aims of improving the City/UAE brand and hence there has been a focus on recruiting staff that improve on-pitch results all the way up the ladder. So what happens if City have a prolonged era of success? Once the sportswashing is done do they become a cashcow like United? You could also argue that the potential CL ban is avoided with less reliance on commercial doping and more emphasis on the transfer market net spend too.

In summary, I think teams suffer once their brand gets too big and will always run the risk of losing the balance between commercial and sporting success. Apart from a 4 year spell in the CL, Real Madrid have underperformed domestically for over a decade and I think Barcelona are at risk of ‘doing a United’ too. Full dependence on the transfer market isn’t realistic or sustainable at the top level, but a significant dependence focuses the collective mind and if done well can lead to exceptional results, as Liverpool have recently shown. After a modest transfer window last summer do United take the same approach again or splash out on Kane/Sancho simply because they can?
JMG, London

Underrated heroes
Well it seems today’s topic of choice for a top 10 is ‘Underrated Players‘, so many come to mind, but I will choose some that will not only bring back nostalgia but also some who truly are underrated, these are not in any particular order and I set myself a rule that each player has to have retired.

9. Maxwell – He won 35 trophies with Ajax, Inter, Barcelona and PSG, signed by each of those clubs whilst they were enjoying their peak period in football, included in Zlatan’s own Dream Team and was a top left back.

8. Matthias Sammer – Before Klopp he was not only the last Dortmund manager to win the Bundesliga, but also part of the iconic 96/97 UCL winning side, many forget he also won the Ballon d’Or in 1996 the same year he was a key part of the Germany Euro 96 winning squad, during the 90’s Baresi, Maldini and Matthaus were always talked about and remembered, but Sammer deserves to be in that same conversation, an incredible sweeper come defensive midfielder who sadly had his career ended early due to injury.

6. Laurent Robert – The player with the most underrated left foot in Premier League history, if he was stood over a free kick you would always expect something special.

5. Damien Duff – Now many Chelsea fans know just how key Duff was in part of our 04/05 record breaking season, he combined beautifully with Arjen Robben, on my Chelsea Podcast (At The Bridge Pod if you wished to know) we did a deep dive into Damien Duff’s career and he truly was magical on the wing for us, whilst at Blackburn he made the 2002 UEFA TOTY, alongside Carlos, Nesta, Zidane, Henry and R9, wow!

4. Pauleta – Before Zlatan, PSG had this man leading the line from 2003 to 2008, during his time in Ligue 1 with Bordeux he scored at least 20 goals in each of the 3 seasons spent there, and was just as proflific at PSG for 5 seasons, scored a fabulous goal against Fabian Barthez when PSG played Marseille.

3. Tim Howard – His time at United will always be remembered for parrying a ball in the Porto game that cost United the tie, but before Van Der Sar came in to replace him he was solid, when he moved to Everton for just £3m he showed how good he was, incredible at Goodison Park and incredible for the USA National Side.

1. Rivaldo – Modern fans I swear will remember him for his acting in the 2002 World Cup, but he played for a Barcelona side who werent winning anything and was never a “marketable” player as some names were, but he was truly a world class midfielder, fantastic vision, incredible free kicks, and his performances for Brazil in 1998 and also their winning side of 2002 are quite something, we are used to seeing the likes of Messi win a game single handedly for Barcelona nowadays, Rivaldo back in 2001 did similar when he secured 4th spot in La Liga for the Catalonia club by helping his side beat Valencia.
Mikey, CFC (This makes me miss F365’s series Portrait of An Icon)

Rating Recoba
So f*cking happy that KC has Recoba in his list of under-appreciated players.

Loved, loved, loved watching that guy play football and I fear many people nowadays wouldn’t even remember him which is a gross injustice to his skill.

I want to add my man Aimar to the ever growing list. Valencia were my favourite Spanish team when I was younger and the little Latin Keegan was simply a joy on the pitch.

Does anyone recall just simply HOW GOOD Zanetti was also?

…Hi there, KC had an interesting take on underrated players.

I’m not sure someone can simultaneously be “underrated” and “the highest-paid player in the world despite never having two consecutive good games.” Though if anyone could, I suppose it could be Recoba.
Dara O’Reilly, London

One way to lose an afternoon
I’ve had another idea for your show. This is something that was kinda touched on a couple of months earlier. Make an XI with only one player per club in the English league throughout history.

Me and my Sunday league side have been having a play around on WhatsApp to see who can come up with the best one. So for example if you pick Pat Jennings you can’t have anyone else from Spurs or Arsenal in your side. Makes it more interesting.

I was thinking your writers could each pick an XI and we could see the differences in opinion.

Keep up the good work.
Adam

Thorny Rose
Looking at players who lost interest I’m surprised you left out Danny Rose (he made this list, though – MC)

Is now at Newcastle – and can’t be bothered to return to the field stating he doesn’t care about the public’s morale.

Forget him being happy, I’ll be relieved when he retires.
Timi, MUFC

It’s a classic
Today’s emails about the 2010 World Cup reminds me of one of my favourite Texts of all time: ‘

‘My wife has just called me an annoying C*nt. I was so surprised I nearly dropped my Vuvuzela’
Joff, Barton Gooner