Home Mailbox Only one person can fix Manchester United now… 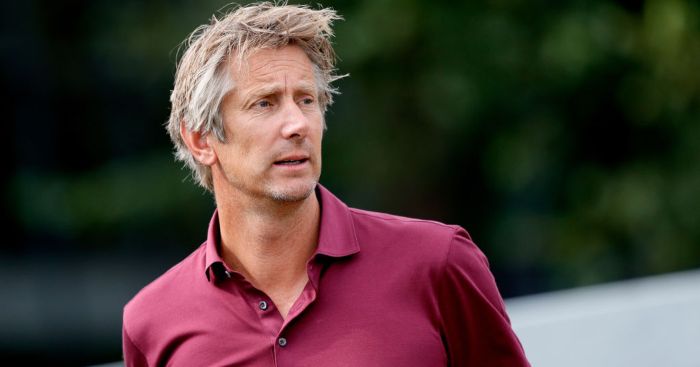 Send more of your wonderful mails to theeditor@football365.com…

Okay so we got a great deal in Donny, but what else. While Chelsea completed the majority of the transfers weeks ago, Woodie is still twiddling his fingers doing God knows what. So what are our transfer targets exactky ?

And it is not just the transfer business. It is the entire ethos of the club. There is no rhyme and reasoning to the transfers, there is no structure and we are falling behind our rivals in each of the key areas.

Just across the neighborhood at City, they have transformed themselves into a professional running club, with astute transfer business, a burgeoning youth academy and winning title after title. Chelsea have made a habit out of  buying their way to the title through excellent buys all the while making up for the funds by generating enormous amounts through player sales. And Liverpool’s transfer spending has been the smartest we have seen in a while with a manager who knows how to actually improve players. Whom by the way we were not able to bring to United because Woodie’s pitch was its like going to Disneyland. for crying out loud.

United is too much of a mess and even a Director of Football might not be able to fix it. First because Ed woulnd’t stop meddling, he would be given too little power and of course, he wouldn’t understand the club” the way Ed does so why trust the new guy at all?

So there is literally only one solution and one man to fix up United. And that’s Van Der Sar. We have all seen from a distance what a smooth operator Van Der Sar has turned out to be. Get him over here, give him any or whatever title he needs. Just make sure he gets complete power over the football side of things while Woodie looks after those noodle sponsors or whatever he does do all day instead of getting transfers done. That is the one transfer we really need. Everyone else is secondary.
Adeel

Woodward – what is he doing?
So, similar to a number of people – longtime lurker, first time mailer.

What I have been wondering this morning (while sitting in a telecom and scrolling through my phone) is what actually is Ed Woodward doing? I think this may be a question that many Man United fans (and potentially casual observers) may be thinking.

However – it seems to be following a familiar and well trodden path of frustration. I think with a number of people, it is fairly obvious where United need to strengthen (either in key areas or depth of the squad) – however, the appearance is of Woodward just dicking around.

When he first came in, and the whole debacle with Fellaini, I put that down to being new in the role and not really having anyone to help steer him (apart from Moyes…). However, as each transfer window has progressed it just seems as though it’s “rinse and repeat”. At the start we are told there is a list of people (“Aren’t we jolly organized!”), they have been scouted, teeth checked and tails lifted to check the state of the anus or balls (sorry – not sure how these things actually occur but have in mind the inspection at a dog show). All seems tickety-boo… then nothing… or just leaked press reports that things are going on in the background / bids are being prepared etc. Cue the last week or day of the transfer window and panic then sets in.

Then there is the whole “only working on one transfer at a time” thing – is it really that Woodward is the only one who can negotiate and handle transfers? I just have this vision of Woodward sitting at Old Trafford and wondering which it’s only him and the kit-man who are working… I know I’m not going to know the inner working of Man United (or another club), but it does seem Woodward takes it to a whole new level of silliness. It seems like he needs to learn to delegate or at least trust others to help move things forward.

As a United fan, I’ve been pleasantly surprised (and pleased) with some of the progress Ole has been making. Definitely some steps forward and some steps back, but at least it doesn’t appear the turgid football affair that his predecessors offered up – take it from a expat living in a foreign country, staying up late to watch football and then be presented with some of the shit that was played… jeez – I actually admit that I couldn’t stomach a number of matches and just switched off the TV. I honestly cannot wait for the transfer window to shut so we don’t have to hear anymore about Woodward trying to swing his cock around regarding transfers when nobody is remotely impressed. It just delays bringing players in, ensures that there isn’t a decent pre-season in which they can bed in and ultimately pisses off other clubs with your attitude.

Sorry – turned into something more than I was expecting! Thanks for putting up with the discourse…
Andrew (I believe I’m meant to put something in brackets?), Saudi Arabia

Footballers hated by their own fans
Hi there,

Mikey, CFC, has thought up a nice little game. The obvious one that he’s left out is Paolo Maldini, the most decorated player, player with the most appearances (902 over 25 years) and longest-serving player in Milan’s history, son of a former Milan captain, father of a current Milan squad member and current sporting director of the football club, who is absolutely LOATHED by Milan ultras.

When he retired, after, again 902 appearances over 25 years, in which he won seven Serie A titles and five European Cups, the fans in the stadium held up a banner which basically said “We never liked you anyway; Baresi was better.”

I think Mikey needed an additional / sister category to flops because as he mentions the likes of Bale & Tevez’s on pitch contributions couldn’t be put in the flop section.

As far as Liverpool go there are several in that category, for varying reasons:

Souness – sold his story to that rag (when he was our manager), and though the passing of time and his acknowledgment of his error means most have forgiven (and it was great to see him in the ground for the trophy ceremony) he was persona non-grata for many years despite being for many the best central midfielder the club has ever had.

Lawrenson – won everything as a player,  but believe me, Liverpool fans found his opinions and general tone in his punditry as bellend-ish as other supporters.

McManaman – Man of the match in two Wembley cup final wins in the early to mid-nineties, and arguably the best / most consistent player in the team in the fallow late nineties, he ran his contract down and left the club that had nurtured him for nothing. Though given what he did / won in his spell at Real Madrid he will say he unquestionably made the right choice. But we’re football fans and we’re fickle! As above his TV punditry does him no favours.

Danny Murphy – part of the 2001 cup treble squad, three winning goals in four seasons at Old Trafford….but some don’t like his media presence, and many have found his bitter snipings at Rafa Benitez to be poor form. Whatever people think of Rafa’s football management abilities, he’s the finest of human beings away from football.

Michael Owen – the 2001 FA Cup Final, clincher in the 2003 League Cup Final v United, but like McManaman ran his contract down (eventually leaving for a minimal fee to the same club), thought he was better than us….then how did it go for you and us after that Michael? And although he contributed and achieved more in his late spell at United than we’d like to admit, the fact he never scored for them against us spares him the ultimate ire.
Cheers, Rob

Fourth not good enough. Klopp out.
It is now clear that Liverpool will not realistically finish better than fourth at the end of this year in the all time premier league table.

While fourth looks pretty safe that is simply not good enough… klopp out.
Joe lfc (congrats to Utd for holding top spot for at least the next 10 years)

Love the new prick of the week segment
What I like most about it is the anticipation for when someone from my club (Chelsea) or indeed the club itself inevitably end up being featured. It is going to happen with our track record. Will I take it with good grace, beat down my tribal pride and ego or will I be frothing at the mouth like every other partisan idiot out there.

Judging by the ire winners and losers gets every week I can only assume that as soon as Pep, Ole, Frank or god forbid Jurgen get featured the comments section will go super nova.

Also looking forward to the Prick of the Season awards in May
Simon, Woking

Dele Alli
Picking up on Dion’s point f0mrm this morning, I think many Spurs fans would agree that Dele has not been at his best for a while, but I agree that it’s porbably a combination of factors (chaning team, chaning role within that team, not playing off Kane so much which is probably his bvest position etc.) but a look at the numbers suggests things far far from as bad as people seem to think. He had an exceptional year back in 16-17 making 50 appearances and getting 22 goals (0.44 goals per game) in all compeitions, with 50A 14G (0.28) in 17-18, 38 7 (0.18) 18-19 and 38 9 (0.23) last season. He’s had similar number of assists in the last three seasons (7, 6 and 5, though for only the PL and in Europe, a quick online search didn’t reveal cup assists).

These are of course not telling the whole story, but the idea that last season was very poor is not the case, he had more golas and a better per game ratio than the year before and a similar number of assists despite being in a pretty dysfunctional team, shorn of strikers (Kane, Moura and Son were all out for extended periods) that generally was not scoring well. In fact with 8 goals in the Premiership, he was the joint top scoring midfielder with de Bruyne which, for a 23 year old in a team that slugged to 6th after a disastrous start, would be something most teams would be delighted with. I hope he picks up again, but he’s not on some kind of obvious downward trajectory or has got dramatically worse in the last year or so, so give him credit for what he has done and give him some time.
Dave Hone