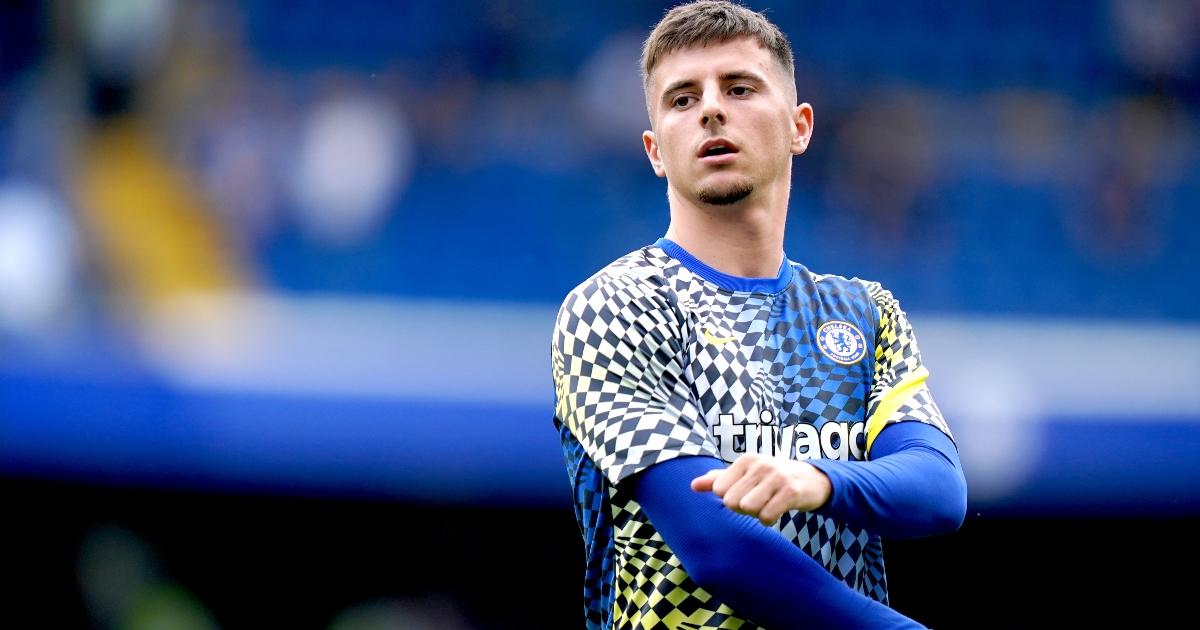 We did it, we made it through the international break and top-level club football is back.

Celebrate by sending us an email on any subject to theeditor@football365.com…

Mauling Mount
Ryan, MCFC loves Mason Mount, and a lot of people seem to love Mason Mount. He is characterized like a Carlos Tevez type, brilliant and hardworking for the team. Team player who gets things ticking. A Dietmar Hamman type player who keeps the engine rolling over. In my opinion, he is nowhere close to those icons.
When I see Mason Mount, I think Jesse Lingard, without the dance moves. He is good, but not quite influential enough to warrant attention. A championship level defender could easily handle him , me thinks. It’s why I’m baffled by all the adoration he gets. I don’t hate the guy, I just don’t see anything special. He exists in that middle ground of not great, but also not poor, like a watermelon. It’s good, but you can very easily live without it.
If he stopped playing for Chelsea or England, people wouldn’t miss him. I don’t even think people would notice his absence. If Sancho, Grealish, or Saka dropped out, there would be noise, a lot of noise, I just don’t get the feeling that people care that much.
Dave(Sorry Mount fans, he just a poor Frank Lampard), Somewhere

Sterling has peaked
I sent an email a while back in which I suggested that Raheem Sterling hadn’t really improved that much since moving to city.

Citing his poor decision making and inability to finish anything that isn’t a back post tap in as two problems he suffered at Liverpool as well. His increased amount of goals at city down to just how good city are at creating gilt edged chances all the time. To be fair they’re probably the world’s best at this which is why it’s largely irrelevant their only striker is one that seems to believe he gets a bonus for not scoring easy goals.

At the time I was told I didn’t know what I was talking about just look at raheems stats and his performances for England!

Now suddenly city fans seem to be coming round to the idea that he hasn’t actually improved and if you get a decent striker on the end of those chances they’ll score 15 goals a season too.

I wanna reiterate too, I am not saying sterling is a bad player. He’s fast enjoys running and defenders and usually beats his man when he does. He also scores and assists quite a bit, my argument is – he has not really improved on the things which he does badly.

If Newcastle offer £50m+ for sterling city should immediately take it. Like most Liverpool fans, I don’t think you’ll ever look back on that decision and wish a different one was made.

Sterling is a good player. But he’s not world class, and with each passing season he looks more like a player who has already reached his natural peak.
Lee

Newcastle were well run?
I almost choked on my coffee this morning when I saw Paul McDevitt claim in the morning mailbox that Newcastle was well run financially under Mike Ashley. I can only assume he doesn’t know the details and from afar assumed frugal spending = astute finances. I’ll try to keep this brief and spare the mailbox another Ashley rant, so here goes: Newcastle’s commercial income from the time Ashley took over in 2017 up until the release of the most recent accounts in 2019 grew by less than 1%. That’s despite the exponential increase in global exposure the league was given, the now commonplace trend of sleeve sponsors and rise in global betting firms investing in Premier League clubs. You see all those Sports Direct logos covering every square inch of St James’? Ashley paid nothing for that advertising, not a penny. Which didn’t just deprive Newcastle of opportunities to place other sponsors in those spaces but even deterred other sponsors from signing up for fear of being associated strongly with Sports Direct. Newcastle, despite their status as medium tier Premier League club since the rebrand, have consistently had amongst the lowest income in the division.

Running a club on the cheap doesn’t mean it’s being run well. Or to draw an analogy with your club Paul; imagine if Ed Woodward was as poor at negotiating commercial deals as he was transfers. That was Mike Ashley at Newcastle.
Kevin, Nottingham

Super League rebirth
As we head into the weekend looking like Brucie will be in charge, every other fan has an opinion on how my club should spend its money, if Bruce should stay or go, which manager should replace him.

It was Ian King’s article that raises bigger worries. We are, over time, going to muscle in on the ‘Big Six’. This will either shove one of them out (Levy seems to think Spurs look vulnerable) or create a ‘Big Seven’ (doesn’t have the same ring to it).

This means a sway on getting rule changes to prevent another big money takeover likely (I don’t want that I want everyone to experience the excitement I am still feeling).

But more scarily is the idiotic Super League could be reignited. This really scares me and something I really don’t want.

I’m sure with a new mega-rich club joining the ranks Barca and Real Madrid are licking their lips and will be trying to get us on board.

It’s something we ALL need to keep an eye on, although getting Asprilla to lace up to teach Barca another lesson would be tempting.
Rob

One-season wonders
I remember Cedric Roussel at Coventry City being twice as good as Macheda for Utd by scoring back to back doubles (and some cracking goals against Utd amongst them) and then doing sweet f*ck all afterwards.

Just looked him up on wikipedia and he only scored 6 goals total for Coventry followed by 2 in 25 for Wolves before a meandering and largely goal free career at small random clubs in Europe over the next 10+ years.

But for 2 games he looked a potential world beater.

Had totally forgotten what an interesting team Coventry had back then under Strachan, cheers for jogging the memory Pod Admin.
Calum, Scotland

…In response to the email regarding one hit wonders.

Mario Stanic and his wonder debut goal had me convinced we’d signed the next Gullit in midfield.

Unfortunately that was as good as it got
Lee, Hornsey

Crespo and Makelele
I appreciate Oliver’s email but trying to make a claim that both Crespo and Makelele were not top players is still laughable. Both were amongst the best in their positions and it was not up for much debate. He also makes a lot of false claims.

1) Makelele was not unwanted by Real Madrid. It could not be further from the proof. Outside of the fact that he pretty much started most of their matches (including the 2002 Champions’ League Final), he was a key piece of the puzzle for the team. The only reason he left is because of a contract dispute. He wanted pay equity with the bigger stars of the team, Madrid didn’t think he was worth as much as Figo or Zidane as they were right in the middle of the Galactico era. Far different than being unwanted.
2) Crespo may have been injured quite a bit the season before, but he was still a massive star. 9 goals in 12 games in the Champions League is an insane stat (Only Haaland got more than 10 goals last season in the Champions League). He was also brilliant for Lazio and Parma in a very tough Serie A.

Also, maybe Oliver doesn’t remember what 2003 was like, or he was too young. But there were not 427 teams that could afford these transfer fees and wages. Despite having 2 teams in the champions league final, Serie A teams were starting to accumulate massive debts and were unable to continue their spending sprees. While Real Madrid was in their Galactico stage, Barcelona were struggling and only started to spend the summer after in 2004. In England, only Man United could rival Chelsea financially. Bayern Munich were (and still are) a reasonable financial club. No other team went in for these players because they could not match Chelsea’s finances. Also, no one went in for Crespo because Inter were originally not looking to sell at all. Chelsea went all gung ho and made transfer requests for a ton of players.

So yes, claiming that Crespo and Makelele were not top players despite both being key cogs in teams challenging in the Champions’ League, their own league and being starters in top international teams is laughable. They were World Class. Also, claiming France was a laughing stock in 2003 shows your ignorance. They were ranked number 2 in Fifa world rankings during that time(granted that is a bit useless), went on a 14 game winning run and had a midfield of Vieira, Makelele, Zidane. Alongside that trio was Petit, Pires, Giuly, Dacourt, Pedretti, etc. We were constantly scoring 4, 5 goals in that run as well.
Guillaume, Ottawa