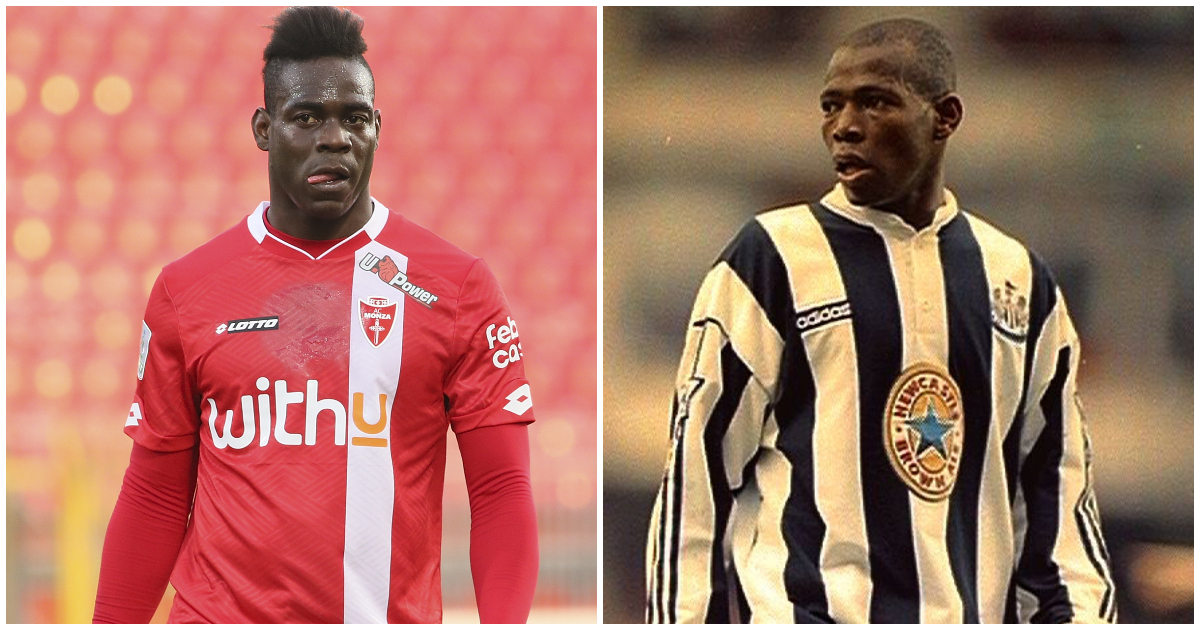 The Mailbox reckons Newcastle are a Mario Balotelli signing away from bringing back the good old days.

Toon turning back the clock
I’ll start by saying how disappointed I am that there has been no progress on the Newcastle links with Mario Balotelli. Why, you ask? Firstly, there’s the simple fact that I bloody love Super Mario and, though I’m not a Geordie, I would love to see him back in the EPL. But most importantly, because the mid-season signing of an absolute maverick like Mario Balotelli (truly the maverick’s maverick) would be just about the most Newcastle signing imaginable – an absolute throw of the dice who could either fire them to mid-table safety or blow the squad apart and condemn them to the ignominy of being the “richest club in the Championship”.

And it would also further my theory that the Saudi PIF are trying their best to sportswash their image by creating the current incarnation of the Magpies as a kind of tribute act to everyone’s favourite ever “second” team (at least for those of a certain vintage) – namely Keggy Keegle’s “Entertainers” of the mid 1990s. I know many of these parts have been in situ for several years, but the last season has seen the final pieces in the jigsaw signed.

The likeable, but naive manager with question marks about defensive nous
In nets, that great team of underachievers rotated between a couple of notoriously unreliable stoppers – including an option from the former Czechoslovakia (for the sadly-departed Pavel Srnicek, read Martin Dubravka)
Keegan signed England’s third choice right back – Warren Barton – for big bucks. Cue Keiran Trippier
The Darren Peacock role of “English centre half with a 50/50 chance of dropping a bollock in any match and therefore almost zero chance of ever picking up an England cap” is brought to you by Jamaal Lascelles
Jonjo Shelvey plays David Batty’s part as midfield terrier / red-card-waiting-to-happen
Each generation boasts their own mercurial French winger with flowing locks (although I’m not sure if Allan Saint-Maximin uses Head and Shoulders)
Both possess(ed) a surfeit of centre forward options, never fit enough to play together, supplemented with a big-money signing of an old-fashioned-English (style) centre forward from a Lancastrian club (yes, I really did just compare Chris Wood to Alan Shearer)

All they need now is the January signing of an absolute wildcard attacker (see above) who infamously becomes scapegoated for a catastrophic end of season slump*; a blue-and-pink-horizontal-striped away shirt that somehow looks 10,000 times cooler than it sounds; a 4-3 defeat against Liverpool in April; and for Eddie Howe to go fucking mental at a journalist, imploring that he’d “love it” if Aston Villa went and won at Burnley to aid Newcastle’s relegation battle.

I’m off to drink a bottle of Newcy Brown Ale and have nostalgic daydreams about Rob Lee playing nice, tidy, sideways passes and that​ Philippe Albert chip over Peter Schmeichel.
Chris Bridgeman, Kingston upon Thames
*For younger readers, google “Tino Asprilla”….. which I just did, to check for suitability and discovered that he has his own range of flavoured condoms in Colombia; surely elevating him above Super Mario in the “maverick” stakes.

Probably that they’re based in London, have been in Europe for the past twelve years, and pay, comparatively to most clubs – especially abroad – a very handsome wage. They play in one of the best stadiums with incredible resources. Most players, I’d bet, would look at those above and think ‘yeah, why not’

Which isn’t to say there aren’t habitual flaws within the club at all – there are, and they are often glaringly obvious. Our signings over the past five years have been almost to a man, abysmal. We have a chairman who’s notoriety is – notorious. A superb manager who will almost certainly not be at the club by the end of next season (start of next!).

That said, you’d have to be of questionable ambition to sign for us currently!
Dan

Spurs on a Saturday
Spurs have kicked off on Saturday at 3pm once this season. And that was on New Year’s Day. It’s a public holiday so it doesn’t count. It’s madness.

There’s been a few UEFA Thursdays meaning we needed to play Sunday, a few marque London derbies that Sky wanted to move (I really enjoyed the ones against Chelsea)….so far, sort of fair enough. But the ones that really get my goat are where BT’s coverage of the midweek slots must extend to Thursday meaning a bunch of teams get pushed back to Sunday. FFS, just wrap it on Wednesday. The fixtures have been announced till the end of March and they’ve all been moved too….

They really really don’t care about the “legacy fan” do they. But anyways, how about everyone else, how many times have you had a lovely Saturday lunchtime pint and walked in the ground at 2.55 this season?
Andrew, Woodford Green

Advice for Lukaku
Saw a tweet the other day that compared Lukaku to Akinfenwa with a scudetto. I don’t like that personally, I think Lukaku can learn alot from Akinfenwa.

Chelsea do need that horrible striker nobody wants to play against, that when you face them you just want to twat em. Think Costa, think Drogba. Lukaku could easily fit that mould and it’s honestly a little annoying he seemingly won’t.

Firstly, Lukaku is a big f***ing b*stard. Yet somehow he just gets pushed off the ball like it’s nothing. I watched the Chelsea – Tottenham game and they were just manhandling him. Saw him on his ass too many times. Meanwhile Akinfenwa has the strength to push off basically anyone, and frustrate defenders to no end. He nearly single handedly manhandled a Bournemouth defence last year in the championship. Lesson Number One

Second, the sh*thouse part. Everyone loves Akinfenwa as a meme and for his strength, but an underrated part of his game is his ability to just slow the game down and time waste. He’s a great time waster in what is, essentially, a team full of proficient time wasters. Often he gets sent on in the last 10-20m to help strangle out games. When Chelsea are 1, 2 up with time ticking down, Lukaku could use a bit of that. Lesson Number two.

Lesson Number three can’t come from Akinfenwa, unfortunately, for his many talents he’s never been an aggresive, rage inducing sh*t talker. Wycombe have other players for that. But with all of Lukaku’s size and strength, he needs to develop into that b*stard. No I’m not suggesting he goes Mike Tyson on some ears, but get a bit of f***ing passion. Rile up defenders, make them make mistakes, capitalise on that.

Maybe he’ll go back to Italy, and this will be for nought, but Lukaku needs to avoid the mistakes of Higuain, Morata and Werner. Don’t be nice. Be a tw*t. Annoying, arrogant, and perfectly placed to piss off anyone who isn’t a Chelsea fan.
DM

Always linked, never signed: The Premier League stars that got away

United legends
How did you miss Ezequiel Garay and Nicolas Gaitan?!
Jonny, MUFC

VAR table
Can I just quickly dispel the nonsense of a concept of a VAR decision “league table” (as being useful as proof of a lack of bias) that Lee came out with in the morning mailbox.

Liverpool getting fewer decisions overturned by VAR in their favour than Brighton is not, in any way, evidence that there isn’t bias in their favour. There is no correlation whatsoever and its nonsense to suggest there is.

What it’s evidence of is that Brighton were the victims of more consistent bad/unfavourable decision making by the on-field refs that needed to be overturned when viewed more objectively and dispassionately by a ref with access to replays outside the stadium. And given that VAR only consider big decisions and not smaller ones, Brighton fans probably have good grounds to suspect they get a raw deal on the 50-50s where VAR never intervenes.

Know the rules
Even as a Liverpool fan, I don’t think Jota incident (vs Palace) was a penalty, because he ran into the keeper so he wasn’t fouled.

However, I have heard the same discussion as to whether it was a penalty or not repeated on Sky, Radio 5 live and even the LFCTV commentary, and that is whether Jota still had control of the ball or not at the time of the incident.

Now, I’m sure people will correct me if I’m wrong, but as far as I know, that is nothing to do with whether it was a penalty or not. If there is a foul in the box and the ball is in play, it’s a penalty.

If I am right then how is it even possible that so many ex-players and football pundits don’t know the laws of the game?
Oliver Thompson