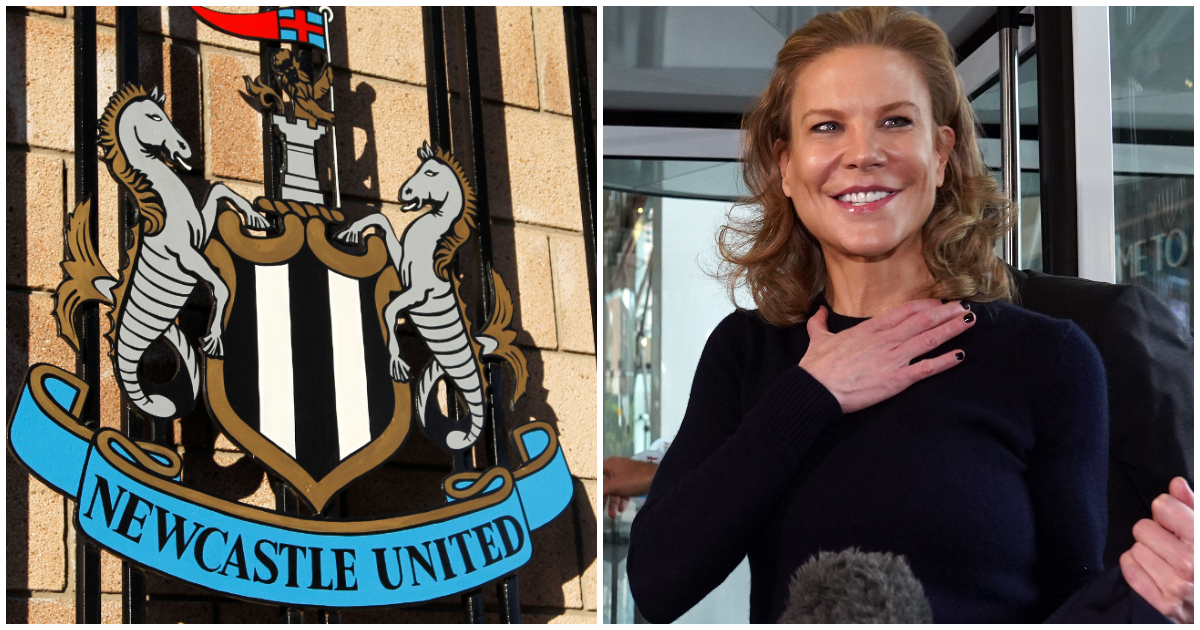 The Mailbox reckons Newcastle have more important business to attend to than going shopping in the January sales. Keep those mails coming on any subject to theeditor@football365.com…

Newcastle’s route to the top
Mike Ashley got a lot of flack but Newcastle were a financially well run club. Newcastle have won little of note in the last 50 years. Clubs of a similar fan size like Sunderland have more recent achievements but are not doing so well now. So while we’ll run financially, not well run from a football perspective. I guess even Benitez couldn’t fix all that.

So the idea that Newcastle deserve more or need to be brought back to their past ‘greatness’ is pretty humourous. I get that fans all want their club to do better but there is a certain fantasy that surrounds Newcastle about its glory days. It’s not recent – well at least in the last 20 years.

We see Newcastle fans getting all excited about the possibility of singing up the ‘top top’ star players. Newcastle could go on a big spending spree but that won’t bring success. What will bring success is building a team properly. They need to bring in a team building Director of Football, data analytics, build up the training facilities and academy and not simply bringing in a big name manager. City, Liverpool and even Chelsea put together a structure to create a club that could win before being the big name manager and players – it’s the only way to sustain success. Especially with the money in the PL, which means having all those petro dollars won’t get Newcastle as far as the fans want. Cricket, even clubs like Brentford are doing better than Newcastle just by being a well run club. Be interesting to see if they succumb to the fans need for glory now or truly build the club up the proper way.

What I will really look forward to is away fans going to St. James Park with their Jamal Khashoggi masks on to counter all those Newcastle fans wearing their fake sheikh outfits.
Paul McDevitt

England weren’t that bad
Unlike many others, I wasn’t massively disappointed by England’s last two games.

On a positive note, the McFred style axis in midfield was not deployed or required in either game; Foden was allowed to spread his wings and now provides a viable option in central midfield; the full backs (actually just the left full back?) were allowed to progress beyond halfway with predictable, yet pleasing results, getting overloads up the pitch, scoring goals, etc; and Sancho got to nutmeg someone.

On the other hand, the attack did look stale in both games, even with various bright sparks on the pitch; Grealish is still TBD; Mount seems to have little point at the moment; Saka seems to get a little bit more Arsenal’ish every day; Kane was awful, and Lingard got a game against Andorra?? (hopefully his last).

Given all this, leaving out Bellingham and Greenwood seems more and more strange. Low risk games such as these allow new plans to be tried out (Foden – tick), and fresh players injected (Greenwood for Kane, as opposed to partially reheating Tammy?).

Going forward, playing just one of Rice or Phillips in CDM with Mount/Foden/Bellingham alongside them would completely change the team dynamic; allowing a generational change at right back would also help both going forward and as a brain fart reduction strategy; and can someone please play Sancho on the right so we can see what he can do.

We still look wooden and in game management is a problem, but I viewed this as going in the right direction.
Matthew (ITFC)

Nations League sets the standard
I don’t know whether many people watched the UEFA Nations League semis and finals this weekend, but compared to England’s 2 games, it was quite the contrast.

Both semis, Spain v Italy and France v Belgium were absolutely excellent, showcasing teams that managed to combine good defending with vibrant, dynamic play on the attack. The final was in the same vein.

For a team accused of tiki-takaing their way to boring wins, Spain played very well in both matches and got themselves into scoring opportunities very often. It’s a young team, with players like Gavi and Rodri great options for the future.

The Belgium v France game ended 3-2 but you couldn’t really fault the defenders or goalies, they played well although Vertonghen and Alderweireld are starting to show their age on occasions. All goals were good, Lukaku’s was a cracker from that angle, and Benzema’s is definitely one to watch. There was lots of great attacking play on both sides.

In the final, Benzema again showed why he needs to be in the same conversation as Lewandowski when it comes to name the best forwards in the past 5 to 10 years. Mbappe again was very dynamic and influential, he missed a lot but he also creates a lot so you know he will always score. Spain were unlucky with the winning French goal, but that’s the rule and the ref was correct.

What was good in all these 3 games was the intelligence of the managers and their willingness to address problems. In both games, Deschamps oversaw a change of attitude and formation in the 2nd half, he is also an underrated manager who can see things and is not afraid to change his team when it must. His results speak for themselves.

All 3 games were evenly balanced and could well have all yielded different results. Congrats to all 4 teams for offering such high-standard international football. Let’s not kid ourselves, England would have been monstered by any of these 4 teams. Watching them play Andorra and Hungary afterwards was quite the shock, a pedestrian team going through the motions. Southgate is definitely not in the same class as Enrique, Mancini or Deschamps, probably not even Roberto Martinez.

The scary thing is that aside from Belgium, all of these sides have great young players coming through, and an established spine that is good for many more years to come. France don’t even need Kante!
Mike, CFC

What Mount offers
Not a Chelsea fan, but as a City supporter who watched Mount be instrumental in all of our last 4 meetings with Chelsea, I can fill in what he brings. In matches that you know that you are going to see less of the ball, he is a perfect player to play in the midfield. He is an excellent presser, has an incredible work rate, and he is very tactically intelligent. Especially playing against teams like City who want to keep the ball and press after losing possession, his ability to link the defense and forwards with hold up play and through passes is almost unmatched. You could see just how much Chelsea missed him against City this year, they just could not find that link between the defense and forwards to start counter attacks.

The reason he can look so ordinary in games like against Hungary, is for all of the things he does well, he just isn’t as naturally a gifted footballer as someone like Foden or Grealish. In games where the defenses sit deep and you need someone to pick out that perfect pass, he is just lacking in the vision or incision needed. This is especially clear for Chelsea in matches where they struggle to break down a defensively sound teams. Without space, he begins to fall too in love with trying to curl in shots from outside of the box. Sometimes it works, but in reality, the things that he does well just aren’t as necessary when you have more of the ball.

Every manager Mount plays for seems to immediately love him and trust him, and he should absolutely be the first name on the team sheet against teams like City or Liverpool in the PL or against Spain, Italy, or France for England. Against lesser teams, you would be better off starting him on the bench and bringing him on once you have a lead and the match is going to open up.
Ryan, MCFC

I was not denigrating the quality of the players being signed by Chelsea, or most of those other clubs. I was highlighting that newly rich clubs, in positions like Newcastle’s, have tended to successfully sign players who do not have concrete offers at bigger clubs with more immediate chances of winning silverware, which is why the rumoured signings are the likes of Coutinho and Tarkowski, rather than the likes of Neymar and Mbappe. I was also trying to be brief for Mailbox purposes. Given Guillaume’s second paragraph, it seems we are mostly on the same page.
Oliver (sidenote: France’s national team around 2003 was a laughing stock; citing Makalélé startingfor France as evidence of his quality did make me chuckle!) Dziggel, Geneva Switzerland

One-game wonders
Thought I would pose a question to break up the Newcastle mails, so over the week i was watching videos of the “One Season Wonders”, from Michu to Mikael Forssell, but we can all name almost an entire XI with a subs bench of those kind of players, so my question to the Mailbox is which players are “One Game Wonders”, which player had a stand out single game and then was average or poor there after?

Of the top of my head i could only think of Federico Macheda at Manchester United, who has to be fair to him gone on to have a decent career in Greece with Panathinaikos.
The Admin @ At The Bridge Pod

WWE x PL
I love Graham Simons idea. Now that the league is probably a decade away from being a slog fest between two oil nations we may as well add some fun.

Dream scenarios for me…Luis Suarez sneaks on during a last minute corner (obviously the refs and linesmen don’t see it) and smashes a keeper with a chair allowing Liverpool to snatch a win. VAR rules it as subjective so doesn’t overrule the ref obvs.

Paul Merson and Tony Adams run on the pitch to celebrate a draw with Arsenal, encouraging them to crack open beers, Stone Cold Style, before delivering a withering stunner to everyone on their path.