Home Mailbox Solskjaer among the best tacticians? You must be joking… 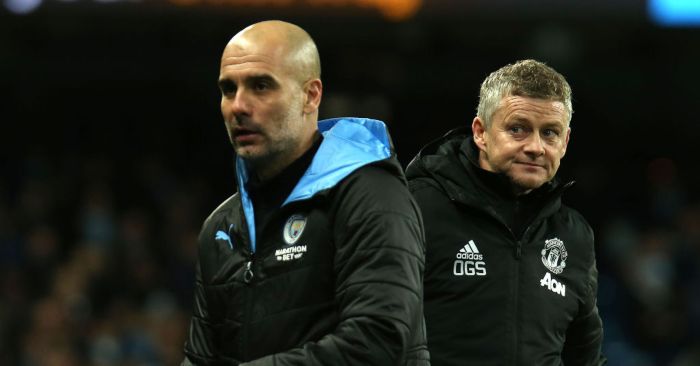 Send your thoughts – and your answers to our impossible Premier League quiz – to theeditor@football365.com.

Just feel the need to leap to f365’s defence ( not something I usually do in my emails in) but William Douglas Foster must surely have been taking the p*** when he said ole should be amongst the best tacticians in the premier league?

Let me break it down, make it really simple for you William. United wait for a team to come onto them, hoof a long ball to martial who does a million tricks ( failing with each one ) before the ball hits his arse and it falls neatly for rashford to tap the ball in – after 10 attempts, I might add.

You talk about this amazing playmaker yet fail to discuss the teams he played against. I seem to recall ole and his amazing tactics against Burnley on 22 January losing 2-0. I seem to remember club bruge outplaying united with your * amazing * play maker playing. United have drawn with Everton ( yup the same one who got smashed by Chelsea just a few games later ) beating the mighty derby and Rochdale. Yes, united beat Man City ( amazing throw a party )

This is the worst points season for man united since 1986. Ole is responsible for this ( not a board of directors because hey they don’t actually / train coach the team)

There isn’t an agenda, united are just not a big club anymore. They are a total mess.

If ole is *quietly * rebuilding the “ worlds biggest club” it is so silent I can hear crickets chirping / coughing in China.

Thanks for the giggle William. Cheered me right up.
Ade ( bring football back please ) Guildford

Mike check
As a Newcastle fan, I told you Mike Ashley was a despicable, heartless, gutless, clueless, selfish, pig-headed fool.

I told you this not BECAUSE I am a Newcastle fan but by being one gave me unique access to him and what he is.

Hopefully, this latest act will put a stop to any supporter from other clubs trying to tell us he is ‘actually’ a good businessman or has done well at Newcastle. He isn’t and he hasn’t.

And even if he were or he has, do we care? We don’t want anything to do with a  despicable, heartless, gutless, clueless, selfish, pig-headed fool.

I am begging that this latest circus act performance creates a situation where he can’t come back from. I hope he gets whatever possible book thrown at him and his reign of terror is over.

This country doesn’t need people like him ‘saving our high streets’. The bloke signed off a move that could have resulted in deaths from the high street. Classic Ashley move. Classic scum. F*ck off.
Ginger Pirlo

We need to talk about Kevin
Regarding the recent conversation about players nobody rated except you, I have a good candidate here: Kevin Mirallas. And I say this as a Liverpool fan!

Back when Mirallas was playing for the toffees, I used to rave about him and I was sure he was going to go on to bigger things. Nobody-not even Everton fans- seemed to think he was anything other than average or occasionally good but I always thought he was fantastic right up until the moment he left Everton. When he had a dip in form, I would make excuses and tell people that they needed to give him time and I was confused about why he was so underappreciated. Looking back now, I’m really not sure why I thought he was so much better than anyone else thought he was.

PS: Confession time- I don’t actually hate Everton but that’s a story for another email

More degrees of separation – the Sheringham to Aubameyang principle
Great to see the take up on my game – apologies it ended up being a little easy with Kolo!

What I should have clarified yesterday was that you can’t use international players, otherwise it’s too easy!

My next one (and hopefully a little harder): can you get from inaugural PL season top scorer Teddy Sheringham, to joint top scorer from last season Pierre-Emerick Aubameyang? (remember – no internationals!)

Best of luck!
Lee (I wonder how long it’ll take people to get fed up of this), LFC

In answer to Guillaume;

How about :  Bryan Robson to Jack Grealish
Neil (at home), London.

Probably too late, but here is a United XI that goes back a few years. Potentially iffy fullbacks, but the rest of the team looks pretty balanced to me,

Liked the idea of playing out the season in China, simply because that is where I live.

Take care everyone, and please do the isolation thing. Living where I do I have seen that it really does work. And before any of the “China lies” tropes, I have spoken to over 50 friends and colleagues around the country who do not know anyone who has caught the virus. If the local government lied that would be a very low probability.
Ged Biglin

Thought I would have a go at the Different Nationalities XI but from a United perspective.

A few notable omissions in Keane and Gary Neville, but Scholes was always going to be the Englishman in my team given I honestly believe him to be the best player I have ever seen at United. Irwin takes the LB position on merit, but also because I couldn’t think of anyone other than Evra for LB, and that would mean no room for Cantona, which is basically illegal when building a United team. Would have loved to have gone further back in time and found room for Law and Georgie Best, but I tried to stick with players who careers I actually saw, as opposed to just heard about.

Overall I’d say this is a potential title winning side. That back 5 is incredible with the obvious exception of Rafael, although I remember him as a pretty decent player and was a bit miffed when he was sold. Midfield is excellent, with Scholes dictating the tempo, Fletcher filling in as a budget Keano, while the wide positions would provide pace, guile and goals and assists by the boatload. Cantona captains the side, although there are leaders right through the team, while Solskjaer is given the remaining slot, as I can’t get Rooney, Van Nistelrooy or Van Persie in the side (thought about cheating and having the non-United version of Forlan, but Solskjaer was amazing for us and a true club legend).
Jack (Doubt anyone cares, but Sevilla are the best team the world has ever seen on my Football Manager save) Manchester

Kevin of Nottingham, I shall take up your challenge with my Liverpool version. This team would take some beating!

Wow! To be honest that’s not far off being LFC’s greatest PL XI!
Vinny (LFC) Colchester

Great way to pass some time coming up with the nationalities XI. Ive taken it a bit further (have plenty of time available) and gone for a whole 18 man squad and manager, playing a 4-3-3:

I actually think that starting XI especially could be phenominal if they were all at their peak under Jurgen, bench isnt too shabby either! Not sure many sides could compete with this one!
Matt P (LFC)

I thought I would try the different nationalities XI for the mighty, PREMIER LEAGUE WINNING Leicester City and thought it would be dead easy cos we is da best.

But this actually proved pretty tricky considering we haven’t actually been that good for most of our brief time in the Premier League and this is particularly true of the striking department where we have either a) been reliant totally on Jamie Vardy (In the team – natch), b) had far too many damned Englisher type strikers so I cannot add them or c) had absolute sh*te forriners.

So that leaves me with Shinji supporting JV up front but, hey, that partnership did lead to a title and this is a team that ain’t taking no shizzle from the opposition at the back. I predict that we will 1-0 our way to glory with this XI:

Oof. Tricky one for me as a Coventry fan, this. Historically very much a home for jobbing British and Irish players with the odd exotic import thrown in. This has meant no place for Dion Dublin, Robbie Keane, Magnus Hedman, Joe Cole, Arjan de Zeeuw, or, er, Steve Froggatt as I need those nationalities elsewhere. Anyway, imagine these players in their prime.

The alternative would be to put de Zeeuw in defence in place of Bischoff and replace Boateng with Cole, but then that midfield looks awfully lightweight. Switch out McAllister for Gordon Strachan I guess…? Anyway, there you go.
David (bored? Zbrojovkast on Spotify) Szmidt, Brno, Czech Rep.